After Hurricane Irma, the powerplant on Necker Island was under 18 inches of water. Before the hurricane we were already on the road to making Necker more sustainable. When we took stock, we saw there was the opportunity to reconsider and refresh all of the energy systems on Necker. We now have a battery system that works in conjunction with our solar power system. And, I’m very proud to say, our new wind power system is up and running.

We have installed three wind turbines, which, when combined with the solar farm and battery system, allows Necker Island to be without generators for around 90 per cent of the day. 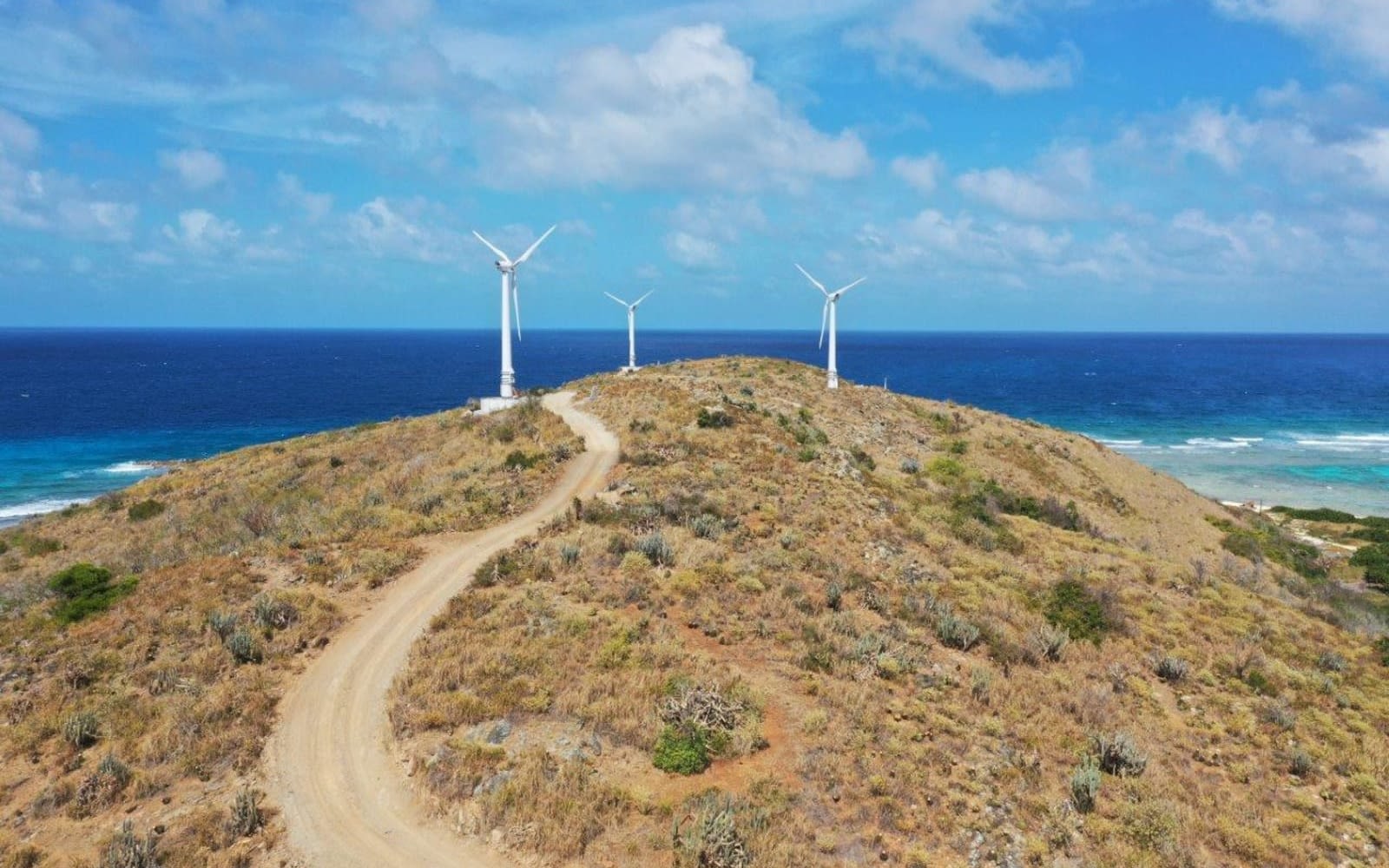 It has been a wonderful effort from all the team to get to this point. By adding a little more solar power (which should also provide more space for our free range chickens!) we will completely transition Necker to renewables, with all the environmental benefits of that. For instance, it will also enable us to make as much water as we wish by using a desalination plant completely run on clean energy. This will enable us to plant hundreds more trees, which will further benefit our fragile world.

Personally, I think the wind turbines are beautiful. They are positioned at suitable spots on the island, and we worked with ornithologists to ensure they do not harm birds (we have not lost one). It’s wonderful to walk around the island and see the wind turbines powering the island we’re standing on. 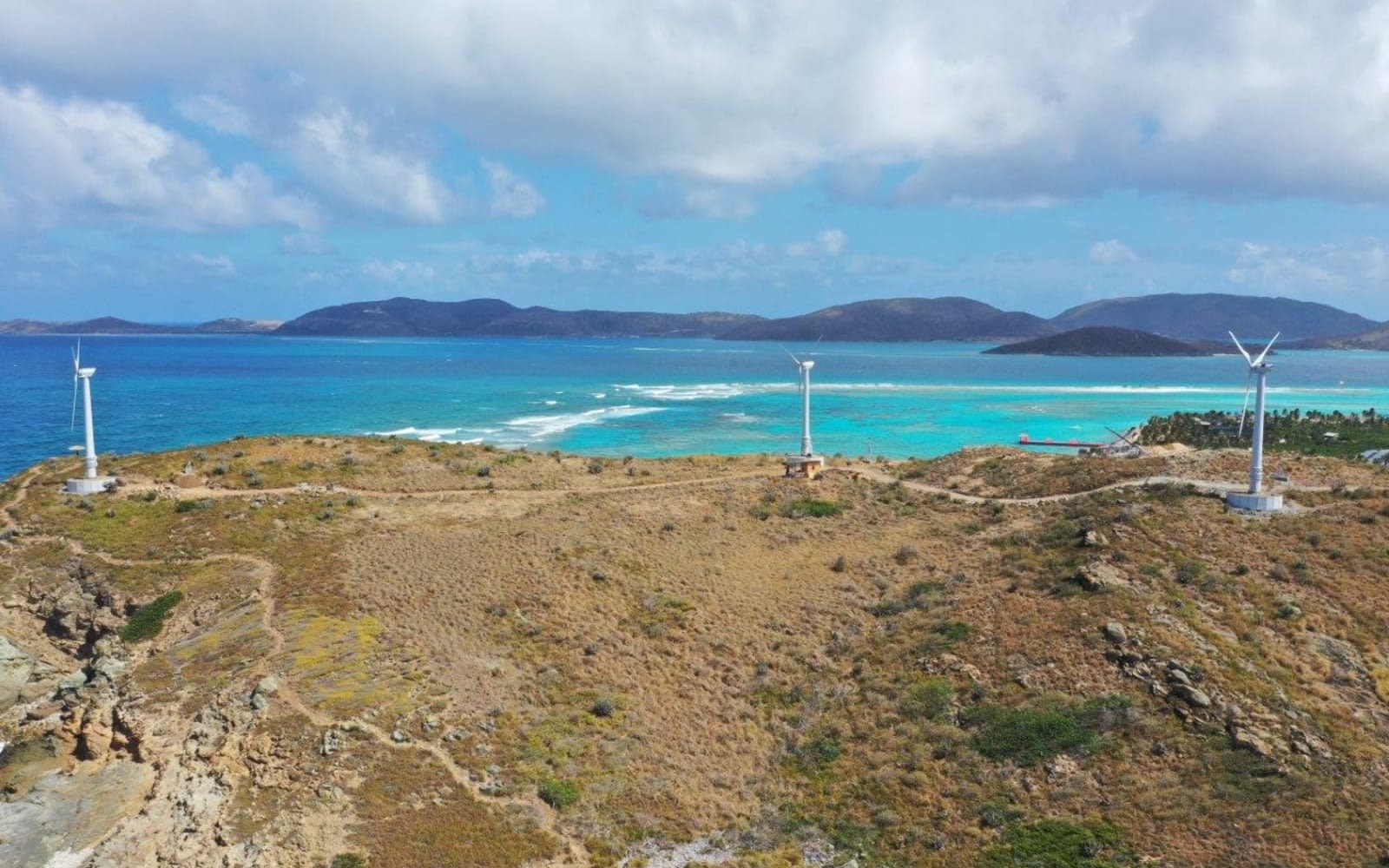 Meanwhile, our battery system acts like a buffer, which allows the solar power to run at 100 per cent - one third more effective than before. If we are producing more energy than is needed, the batteries store the excess energy produced by both the solar array and the wind turbines. We know these are small steps, and we are in a fortunate position to put them into action. But I hope these changes can act as examples to other islands, and we can speed up the necessary transition to clean energy. 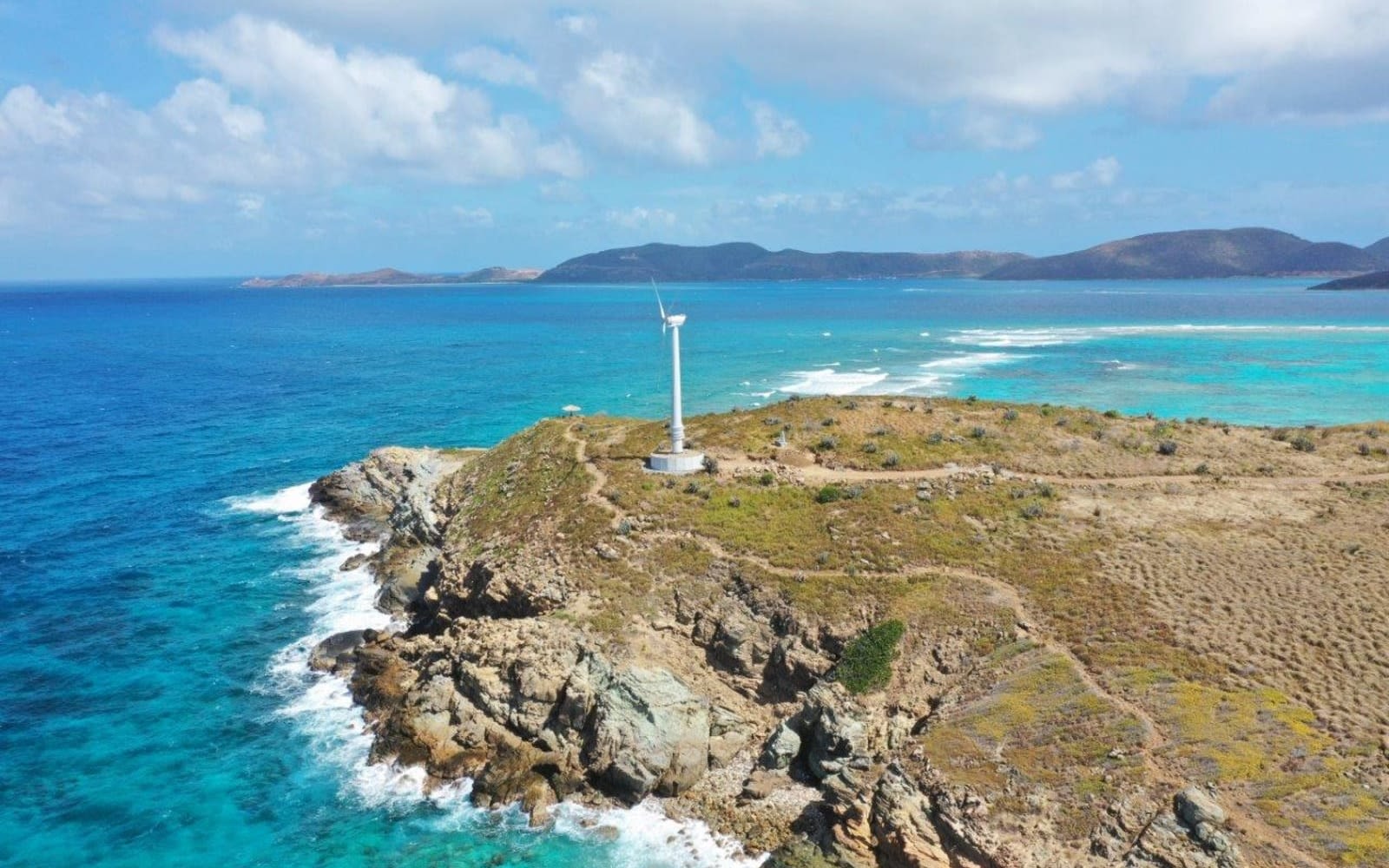 Speaking of which, it’s great to see the progress of the Caribbean Climate-Smart Accelerator, which was incubated by Virgin Unite in the aftermath of the hurricanes. This non-profit is shaping the Caribbean to be the world's first climate-smart zone. Head over to the website to find out more.