Why women-led climate action is more urgent than ever

“Even though women have proven to be among the most effective stewards of the Earth, they receive less than two cents of every charitable dollar donated to climate and environmental efforts. To safeguard our future, this paradigm must change.”

Zainab Salbi is the founder of Women for Women and the co-founder of Daughters for Earth - a new campaign mobilising women-led climate action around the world to protect and restore the Earth. Zainab recently shared the story of Daughters for Earth at a Virgin Unite and Igniting Change gathering – highlighting the pivotal role of women in climate change solutions. 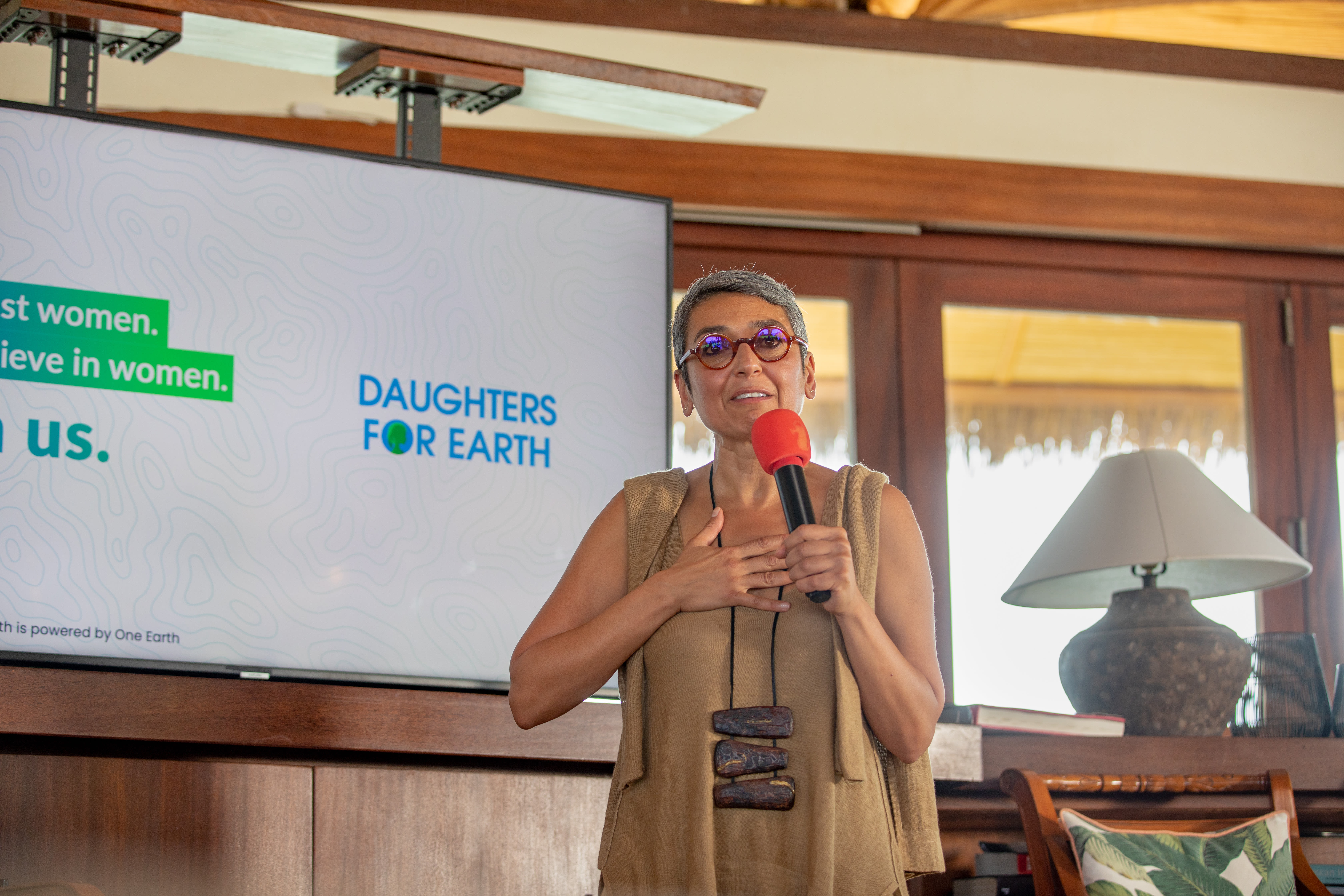 As we emerge from another UNGA week, with the time to act on climate getting shorter and shorter, Zainab’s message is more urgent than ever: to stay below the dangerous threshold of 1.5°C in global average temperature rise, we need to preserve the Earth’s land and ocean. To do this, we need women funded, supported, and at the decision-making table.

As Zainab pointed out, many women are already on the frontlines, from practicing environmentally sound farming that fights climate change to protecting and restoring the land. “Women have the solutions. They just need our support,” she said. “But we need to move quickly.”

Daughters for Earth is committed to putting capital into the hands of these women changemakers around the world, knowing that these efforts can quickly scale and become a powerful force in the fight against climate change.

Zainab and her team have already funded dozens of women-led and women-operated nature conservation, restoration, and regenerative agriculture projects around the world that are directly contributing to solving the climate crisis by protecting and restoring the Earth. And they have only just begun. Learn more about Daughters for Earth at www.daughtersforearth.org.

Virgin Unite and the Virgin Group are committed to supporting many women-led projects. Close friend of Virgin Unite, and a leader from The NewNow, Farwiza Farhan is a rainforest conservationist and chairperson of Forest, Nature & Environment Aceh (HAkA). Virgin Unite first met Farwiza when The NewNow formed in 2017 and have been in awe of her commitment to restoring rainforests and protecting endangered species ever since.

As leader of HAkA, a homegrown Indonesian NGO, Farwiza is striving to protect the Leuser Ecosystem in Sumatra (the last place on Earth where the Sumatran rhino, tiger, elephant, and orangutan still roam together in the wild) and lives on the frontline of climate action alongside many other powerful women.

Farwiza presented a talk as part of TED Countdown, speaking about the Leuser Ecosystem, and outlining the challenges women face on the front lines of forest conservation. Farwiza shared the story of Sumini, a fellow female conservationist and leader of Indonesia’s first women-led ranger team. 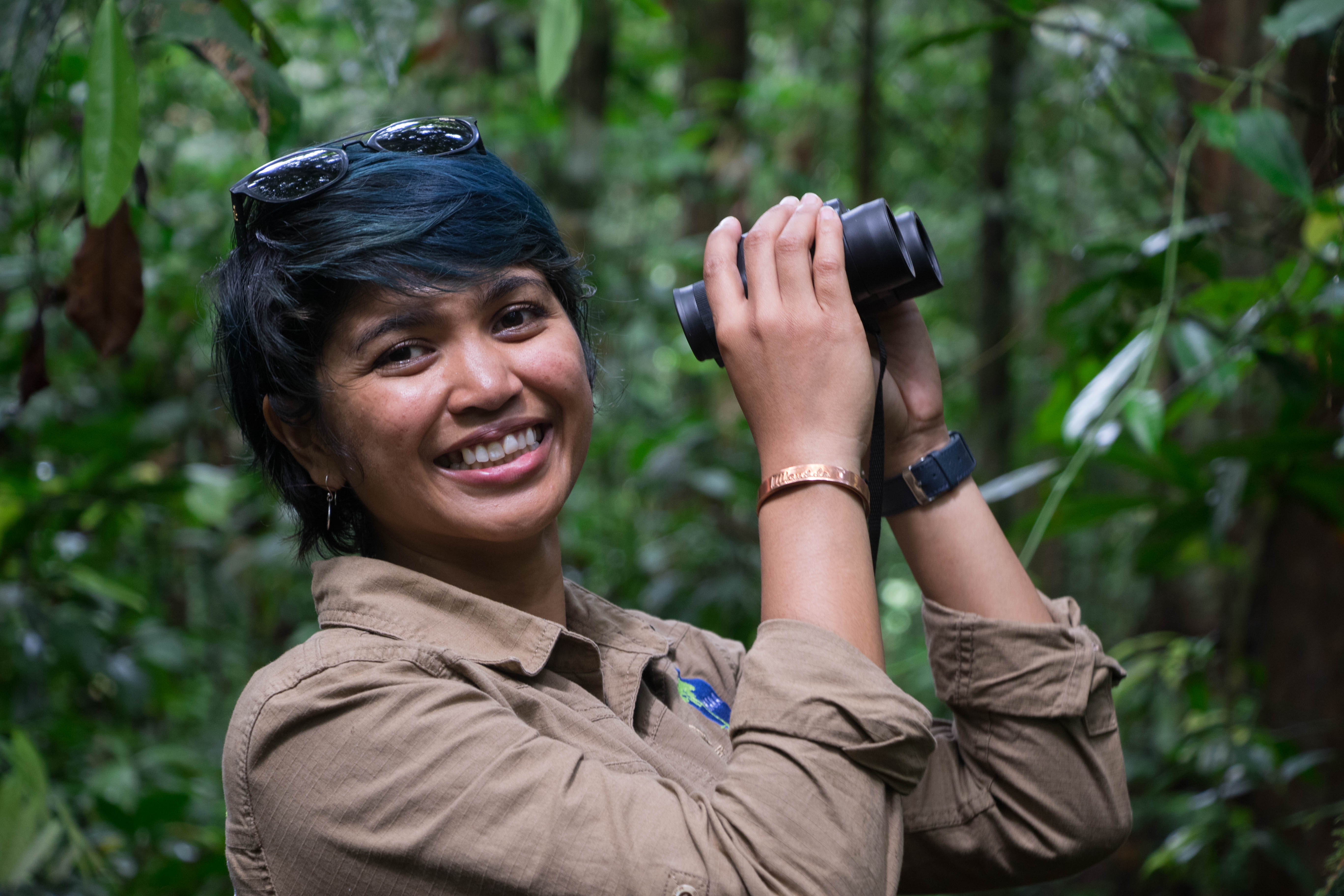 “We need more women in the position of leadership – women from grassroots, women like Sumini. Women make up half of the world’s population, yet only a fraction sits at the decision-making table. Women in community are the guardians of environmental wisdom, yet they are often an untapped source of knowledge, underappreciated and therefore under resourced,” said Farwiza.

It is women like Farwiza, and those featured in the stories of the Daughters for Earth campaign, that are providing the hope and guidance our future female changemakers need, this, our most decisive decade of climate action.

According to Zainab: “Unless we make the 21st century the feminine century, our own humanity is at stake.”

Daughters for Earth is working to raise and deploy $100 million to women-led projects around the world that are driving change from the ground up. Through collaboration with leading experts, a global advisory council, and trusted partners, Zainab and her team are identifying highly effective women-led projects and supporting them with much-needed funding and awareness. If you want to learn more about the projects, and ways you can support the campaign, visit Daughters for Earth.