While the United States and the rest of the world cope with the COVID-19 pandemic, another health crisis has been brewing for a decade now, and is getting worse.

Between May 2019 and May 2020, more than 81,000 Americans lost their lives to a drug-related overdose. It is a staggering statistic that is hard to get your head around. 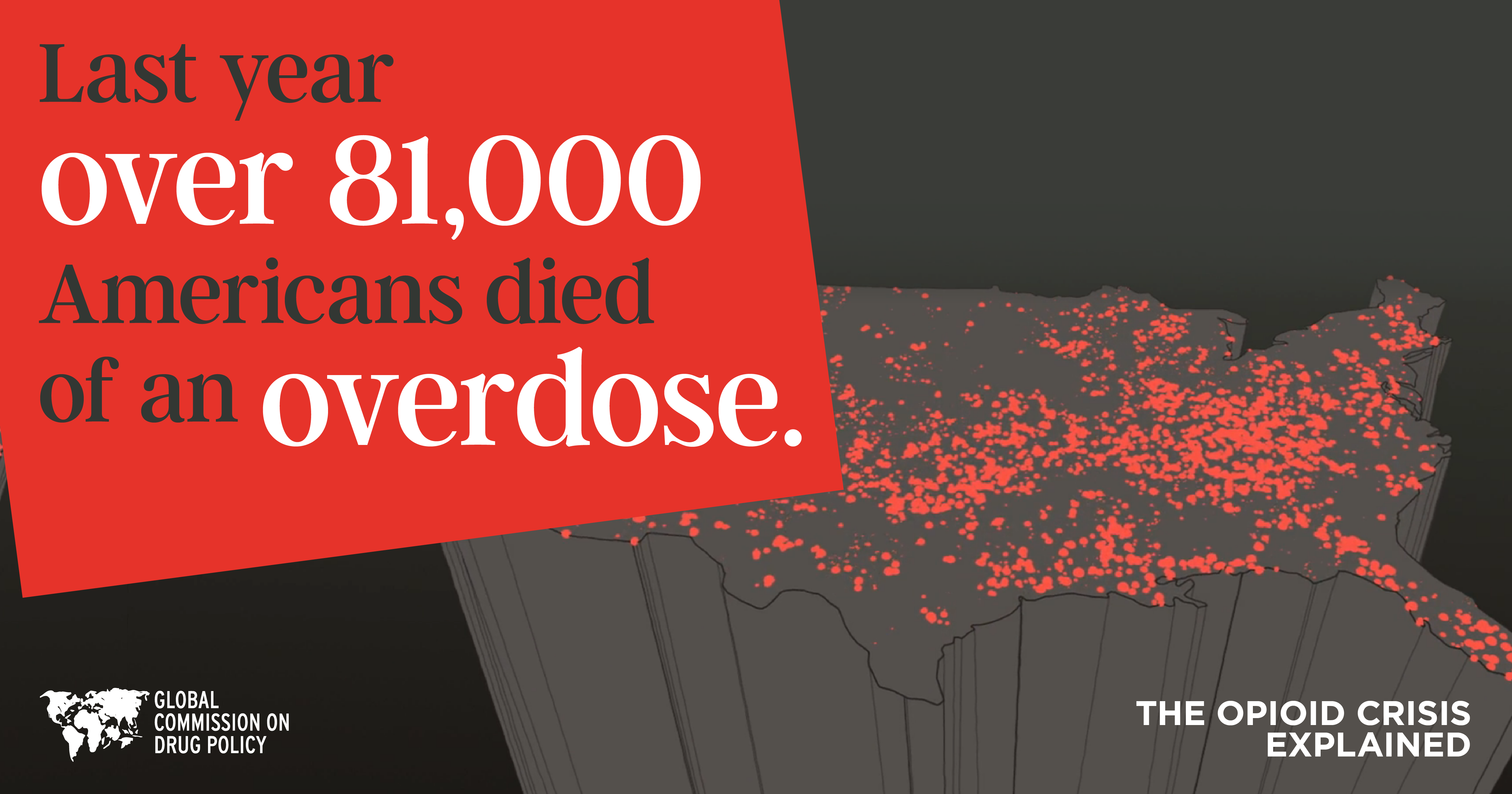 My colleagues and I at the Global Commission on Drug Policy published a position paper on the opioid crisis in the US in 2017 to attract attention to the dramatic rise in synthetic drugs and fentanyl-type opioids on the back of an ineffective, repressive system.

We also hoped that better services to reduce harm and treat dependence, without jeopardising the medical use of opioids for pain relief, were going to be implemented.

As our concerns grow with the rapid increase of mortality related to synthetic drugs, but also stimulants, mainly methamphetamines or cocaine, we are today launching an animation that tells a tragic tale while also offering pragmatic solutions in less than five minutes.

The mortality crisis related to legal or illegal substances – whether it’s alcohol or opioids – is direr by the day. But solutions exist.

This animation shows the availability of a large spectrum of treatment options, from rehabilitation to substitution and maintenance treatments, that allow people addicted to drugs to find their therapeutic way out of disease.

Non-divertible harm reduction services, such as needle and syringe programs, drug checking or supervised consumption facilities have proven lifesaving and cost-effective in many places in Western Europe, Australia and Canada. 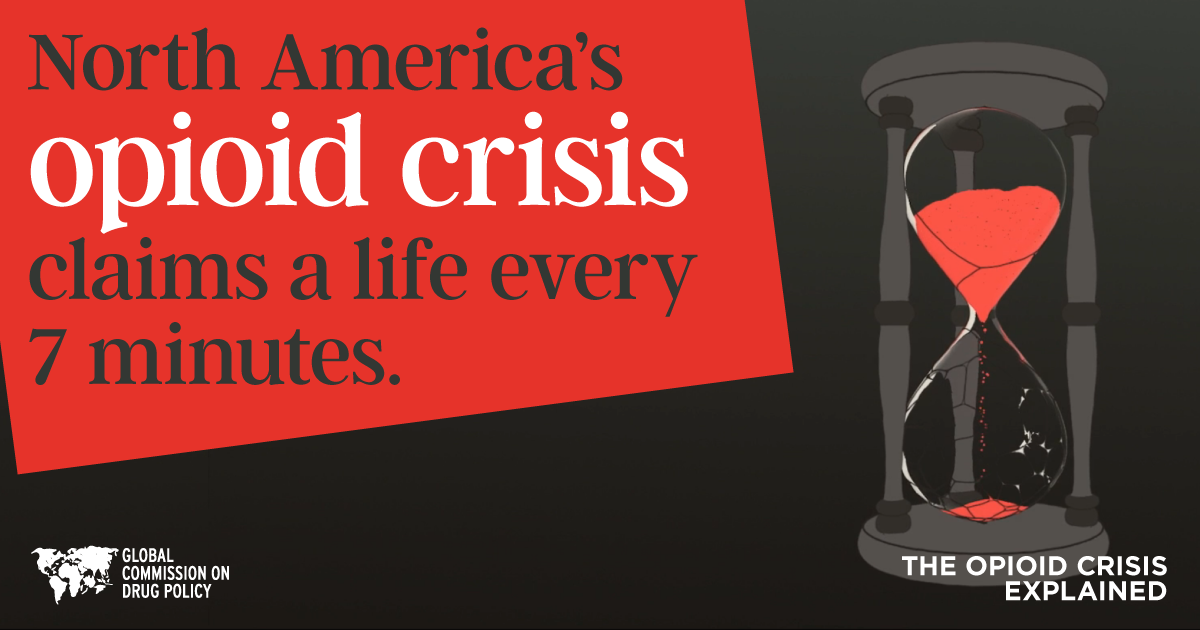 Yet, the key to the response to the current crisis is lifting decades of stigma, fear and discrimination as a result of the failed “war on drugs”. Only the effective decriminalisation of drug use and a de-escalation of the repressive system can allow communities to rebuild trust in state-sponsored services, without fear of arrest or of a life-long criminal record.

Today, a fifth of the 11 million people incarcerated worldwide are serving time for a drug offence. Shockingly, 80% of those arrested for drugs in the US are low-level offenders, charged for use or possession. And as so often, African American and Latinx communities are disproportionately affected. It goes without saying that while people have limited access to health services in the community, their capacity to care for themselves in jail if they are dependent on drugs is even more limited.

Incentivised opioid prescription has, for two decades, nourished the opioid crisis as prescriptions quadrupled. But reversing course and cutting down on prescription for patients suffering from pain, due to fear that their medicines will be diverted, is inhuman and breaches the right to health.

It is the responsibility of policymakers to find the most balanced policies that maximize the benefits while minimising the harms of psychoactive substances, as they do it with any other potentially dangerous product or behaviour in the public space. 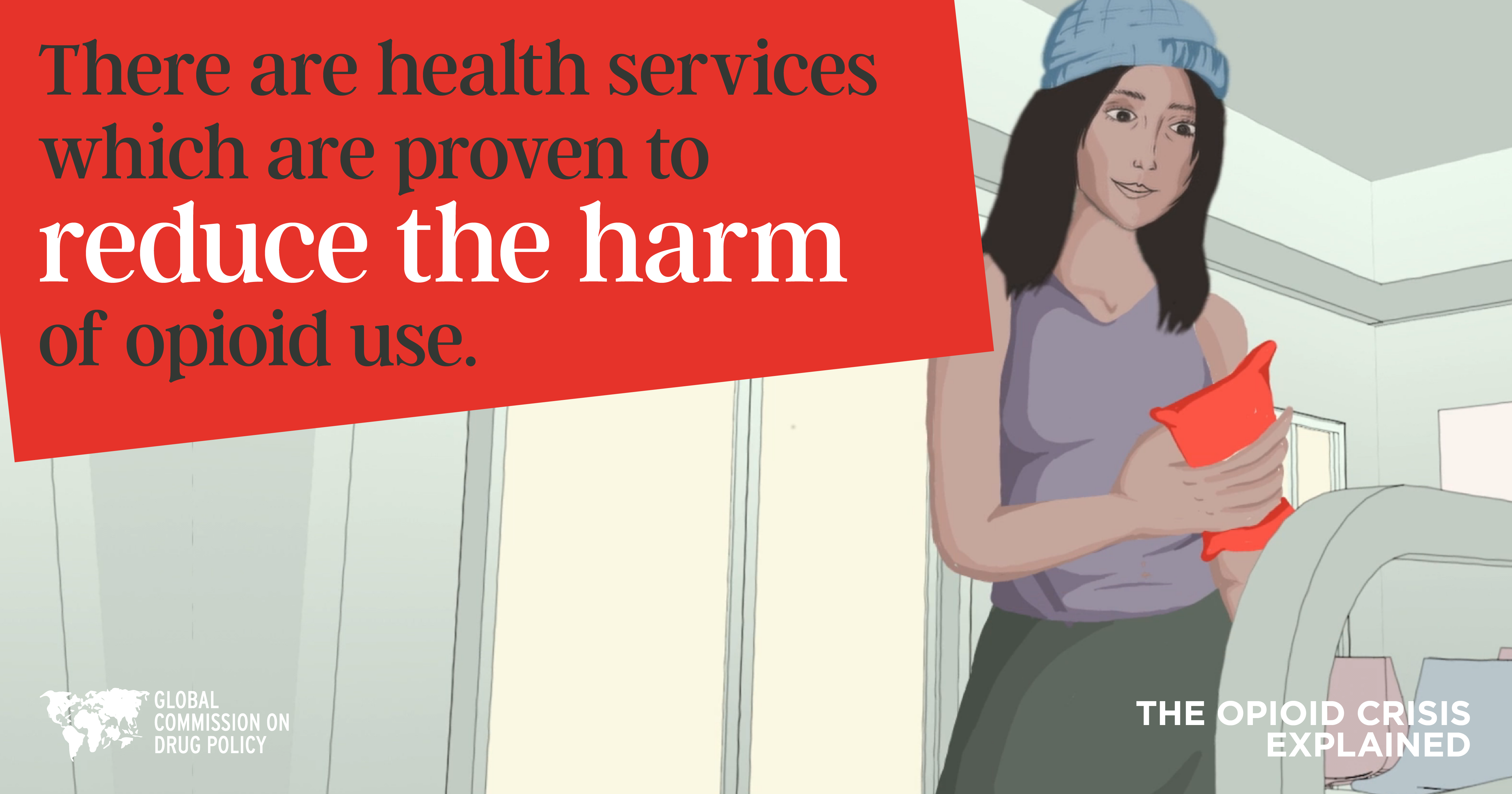 We are launching this animation at the same time as the historic repositioning of the White House on harm reduction and racially sensitive drug control. And we are hopeful we can attract further attention to this tragic situation.

Collective debate on US drug policy reform at the federal level, at the state level, and in communities, is pivotal, as long as it is geared towards finding long lasting solutions that will end the repressive and failed policies of the past.

Head over to the Global Commission on Drug Policy to learn more.