From Our Star DJ Chris Evans Disappearing For A Week, To Jono Coleman’s Huge Nude Poster Being Banned, We Had A Blast When Virgin Radio Was Riding High On The Airwaves In The UK.

We are currently looking into relaunching a brand new Virgin Radio station in the UK. It got me thinking about some of the great times we had the first time around.

One thing that immediately jumps to mind is when we launched the station directly from the shop floor of Virgin Megastore in Manchester. It was 12.15pm on April 30th, 1993, and I was the first voice to be heard, introducing the very fitting first song, INXS covering Born To Be Wild. We were the first independent national radio station to launch in the UK, alongside Classic FM and Talk Radio. I’m pretty sure, judging from the hazy memory I have of it, that our party was a little more raucous than the other two stations! 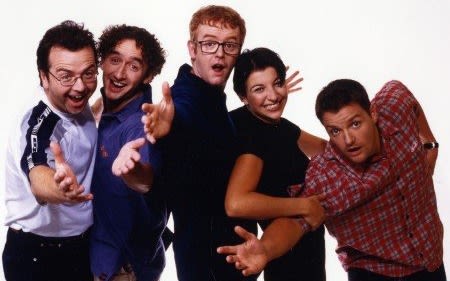 Soon the station was becoming a huge hit, but I was desperate to bring Chris Evans on board. He was larger than life, hilarious, and the perfect fit for our station. In order to convince him to join, I boarded a BA Concorde flight and pestered him all the way to New York. It was the height of the BA Dirty Tricks campaign against Virgin Atlantic, and the cabin crew certainly looked surprised to see me!

I wrote out a business plan on the back of a dinner menu, and left a place for Chris to sign. He didn’t that day, but did so soon enough. By 1998 Chris and I did a deal for him to buy Virgin Radio, and by 2001 he was sacked from his own station after failing to turn up to work for a week. Our relationship was never anything less than entertaining and he remains a good friend and an amazing talent. 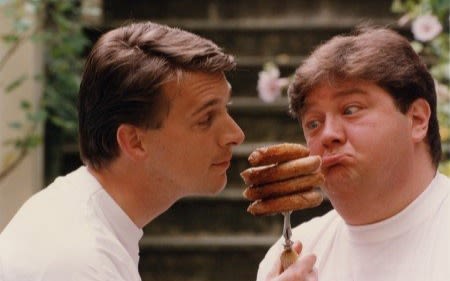 Speaking of great talents, Jono Coleman was a very underrated presenter, bringing a unique sense of humour to the show (I can’t remember what these sausages were all about though). I do recall when the Advertising Standards Authority banned a nude Virgin Radio breakfast show poster, because they were worried Jono’s naked flesh would be too much of a distraction for motorists. Fair enough!

Virgin Radio was rebranded as Absolute Radio in 2008, but now we are in a bidding process to bring a brand new Virgin Radio station back to Britain. If you would like to see it happen too, write to Ofcom with your support.

Since we left the UK, Virgin Radio has been expanding around the world, from North America to Europe, the Middle East to South East Asia. If you are in Canada, France, Italy, Turkey, Dubai, Lebanon or Thailand, then look us up.