This is the incredible moment Virgin Orbit flew into orbit. What a beautiful sight to behold: the Virgin LauncherOne rocket taking off from the wing of a specially adapted Virgin Atlantic 747 airplane at 30,000ft and soaring to space at 17,500mph to drop off satellites into orbit.

I had tears in my eyes as I watched Virgin Orbit achieve something many thought impossible. This magnificent flight is the culmination of many years of hard work and will also unleash a whole new generation of innovators on the path to orbit.

This is a company that has gone from a wild idea on the back of a napkin to completing its first mission in to orbit in less than a decade. That is a testament to the hard work of the team at Virgin Orbit. They have worked round the clock and overcome so many obstacles to make this moment a reality and I’m so proud of all that they have accomplished.

I was also so touched that the team chose to honour my mum by writing For Eve onto the nose cone of the rocket – yet another great adventure for mum! It was a wonderful surprise for all of our family, and I want to again thank everyone who has shared such touching tributes to her in the past week. 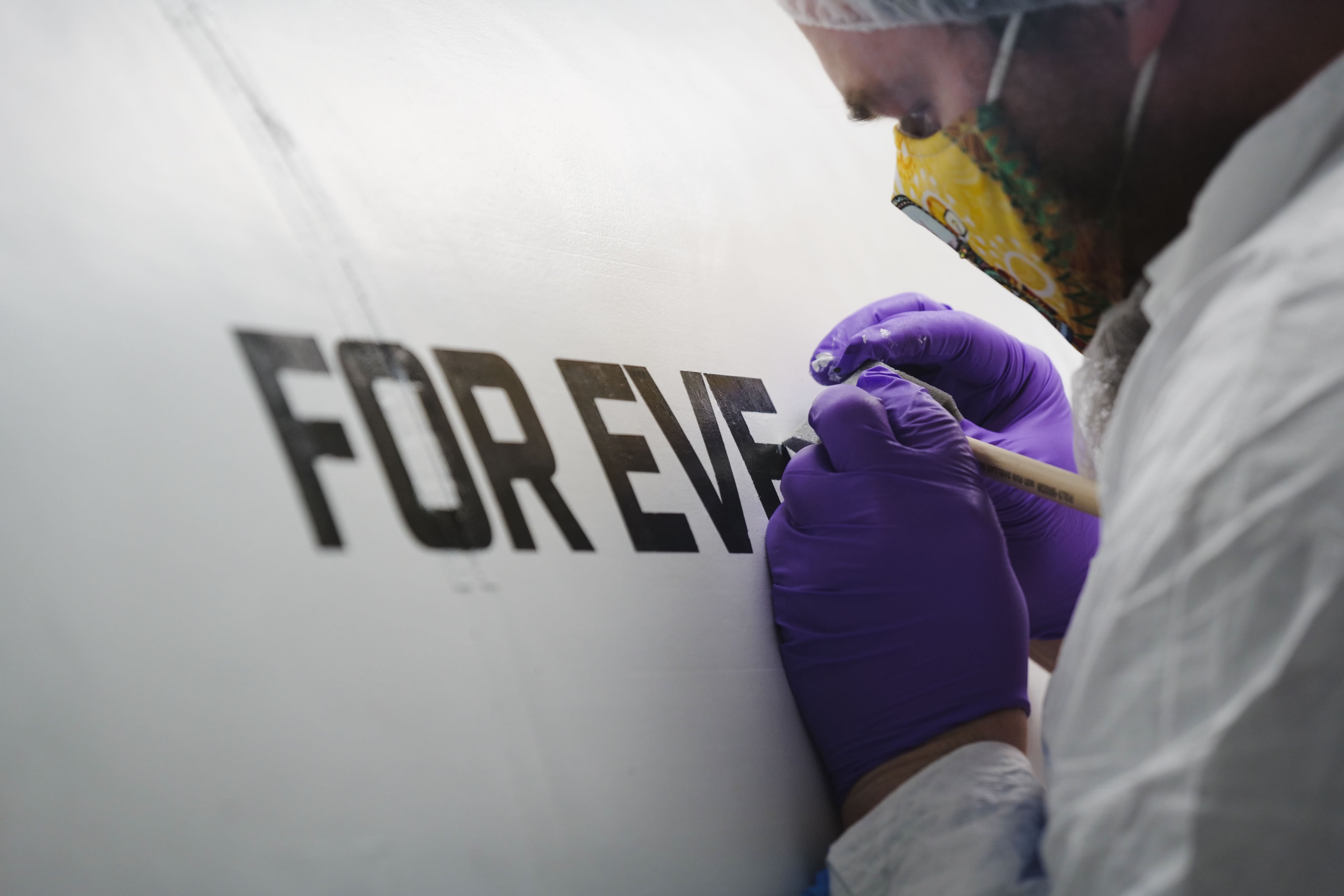 This successful flight test follows our first ever Launch Demo back in May 2020. The team learned a lot from that mission and used all the data captured to move forward towards this successful flight test. It usually takes many more attempts before successful orbital flights are achieved, so it is tremendous that the Virgin Orbit team have done it on their second attempt. The world just got more connected.

Along with being its first mission in to orbit, Virgin Orbit also carried its first payload of customer satellites, with LauncherOne successfully deploying nine missions for NASA’s Launch Services Program into the team’s precise target orbit.

In recent years, satellites have gotten smaller and cheaper but launching them is still a challenge, as often they are forced to wait many months for a rideshare on larger rockets with primary payloads, meaning they have little control over their schedule or orbital destination. Enter Virgin Orbit. Like the satellites its customers are flying, its launch system is light, fast, flexible, and affordable.

What makes Virgin Orbit different to our competitors is that we can use a 747 airplane and a runway rather than a launch pad - this is a route to space that can be made from any airport in the world. Among the many benefits Virgin Orbit will bring, it will enable countries, including the US and the UK, to replace satellites at a moments notice, deterring other nations from attempting to knock them out of the sky and hopefully contributing to more cooperation. I can't wait to see Virgin Orbit change the world for good with the incredible missions they'll launch.

The Virgin family now has two teams who have successfully launched space flights, with Virgin Orbit putting satellites into space and Virgin Galactic flying people to space. There is much more to come from both teams in the exciting months ahead.