Last month’s Venezuela Aid Live concert was one of the most memorable events I’ve attended in my life. The level of support shown for the people of Venezuela, from Latin America and further abroad, was overwhelming and touching.

And while the concert has helped raise millions for critical aid, it’s important to remember that much remains to be done to bring relief to the suffering of more than 30 million people. It’s time for the international community - governments, multilateral organisations and the private sector - to step up to the plate and do all they can to provide support.

With each passing day, the situation worsens as borders remain shut and humanitarian aid is barred from entering the country. Food shortages continue while public and commercial infrastructure falls further into disrepair.

Since 2015, the crisis has led to an unprecedented flow of over three million refugees and migrants to neighbouring countries. The impact is felt strongest in Colombia, which has taken in the vast majority of those who have left.

Venezuela Aid Live took place in Cúcuta, a major border city in Colombia that has absorbed an enormous number of refugees. Thousands now cross the Simón Bolívar Bridge every day seeking safety, and a better future for their families. 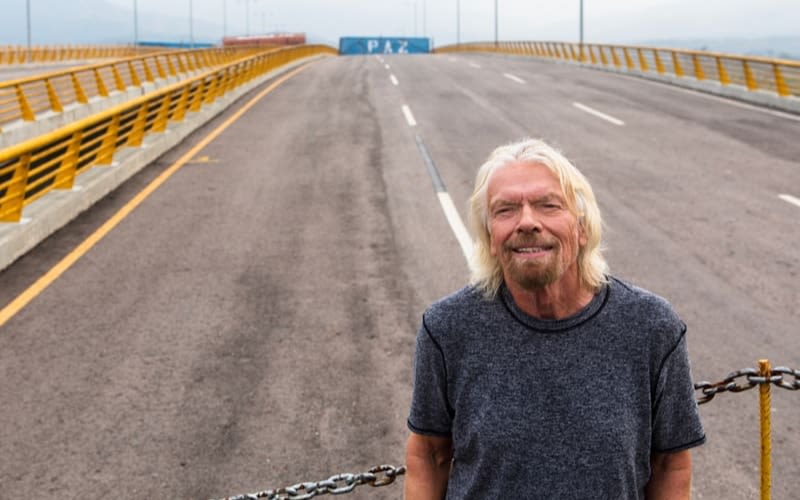 While in Cúcuta, I was heartened to see how welcoming the local community and the authorities have been to the people of Venezuela in their time of need. In 2017, Colombia’s government created a Special Stay Permit (PEP), which allows Venezuelans to remain in Colombia for up to two years with access to basic rights including employment, health, and education.

During our short stay in Cúcuta, we met many Venezuelans who shared their heartbreaking stories. Most face an uncertain future, forced to start over again, in search of employment, any employment.

As is the case for any refugee crisis, business can and must play a key role in helping refugees get back on their feet, find new opportunities and rebuild their livelihoods. In Cúcuta, I was happy and proud to learn that Virgin Mobile Colombia is doing its part. Our team there has actively recruited refugees and now employs many in their offices across Colombia. Venezuelan refugees have taken up roles working in retail stores, as part of the sales force and as supervisors for distribution channels in Bogota, Barranquilla, Cartagena, Cúcuta and Medellin.

Two of those refugees hired by Virgin Mobile Colombia are Yeysi and Ana. Yeysi left Venezuela five months ago with her six-year-old daughter. Since access to education, food and medicine in Venezuela was proving so difficult, she was forced to leave her family behind in order to secure a safe future for her daughter. Yeysi is now part of Virgin Mobile’s direct sales force team in Cartagena. Watch their story here.

Ana’s story is equally remarkable. Given the political and economic situation in Venzuela, her life in Venezuela became increasingly difficult. In order to provide for her three children, she travelled to Colombia a year and a half ago. She soon found employment with Virgin Mobile and talks about how the team has provided her with the support she needs to look after her loved ones.

I was also pleased to see on the day of the concert, Virgin Mobile Colombia offered free phone calls to connect refugees in Cúcuta with their relatives back in Venezuela. They managed to help more than 500 people reach their families on the other side of the border.

It’s stories like these that give me hope. And yet the sad truth is that these stories are far from extraordinary, there are hundreds of thousands of Venezuelans fighting the same battles as Ana and Yeysi every day.

Like anyone forced to leave their home, they miss their families, friends and their country. And they won’t get them back unless we each do our part to help the people of Venezuela. It’s only by working together that we will find a way forward.

Head over to https://venezuelaaidlive.com/ to learn more and to donate.