Virgin Hyperloop One comes to India

Delighted to be here in India with the Virgin Hyperloop One team to share some very exciting news for the future of transportation in the country. The Indian State of Maharashtra has announced their intent to build a Virgin Hyperloop between Pune and Mumbai, beginning with an operational demonstration track.

It was an honour to have Indian Prime Minister Narendra Modi and the Chief Minister of Maharashtra, Devendra Fadnavis, alongside us as we signed a Framework Agreement for the project. The hyperloop route would link central Pune, Navi Mumbai International Airport, and Mumbai in 25-minutes and connect 26 million people. Supporting 150 million passenger trips per year, it would help create a thriving, competitive megaregion. 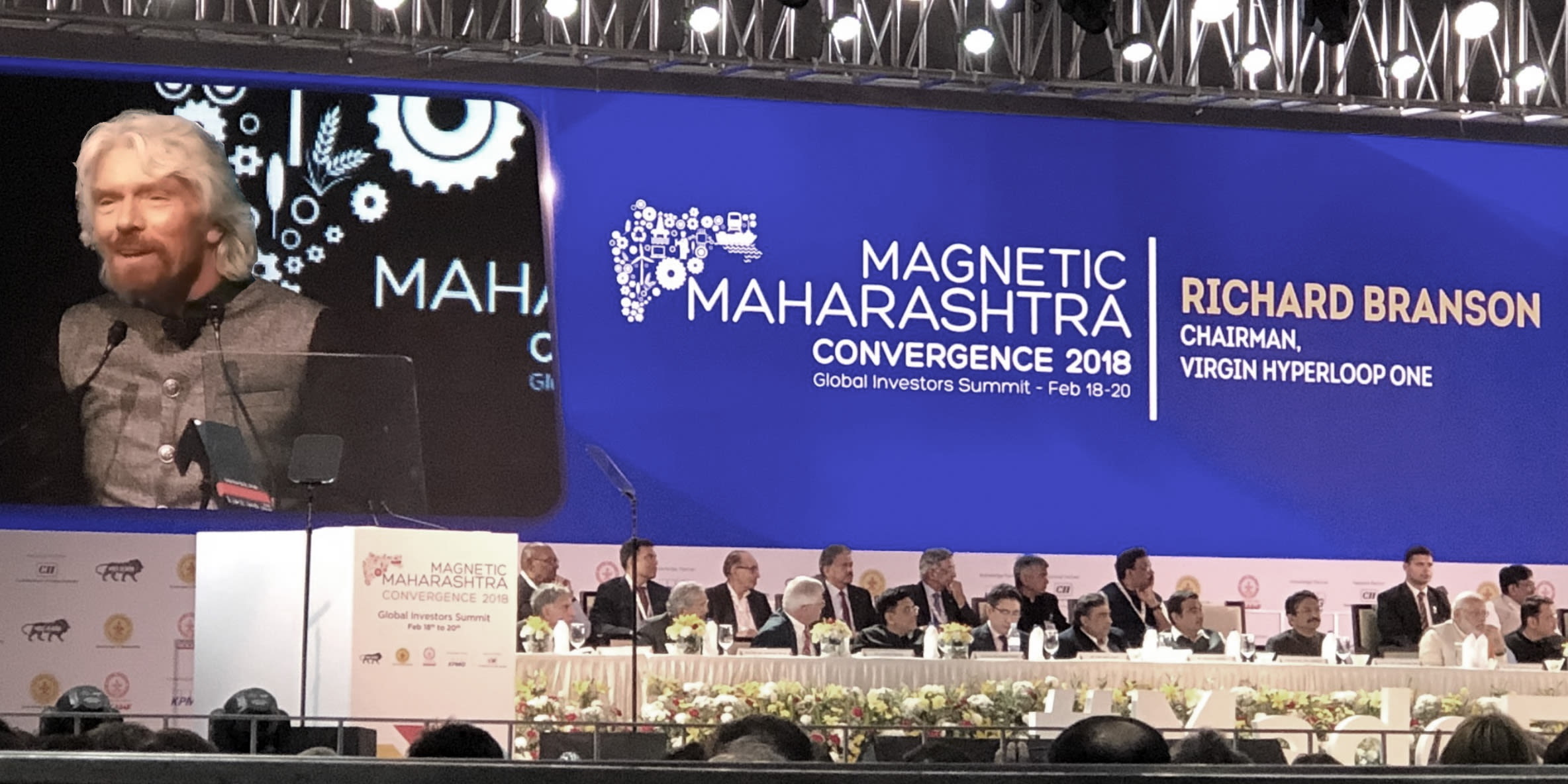 As Virgin Hyperloop One Chairman, I’m incredibly excited about the potential to truly transform not just transportation, but wider society. Virgin Hyperloop One can help India become a global transportation pioneer and forge a new world-changing industry. As our team’s studies have found, the Pune-Mumbai route could result in USD $55 billion (INR ₹350,000 crores) in socio-economic benefits, time savings, accident reduction and operational cost savings, over 30 years of operation.

We expect the high-capacity passenger and cargo hyperloop system to create tens of thousands of jobs, helping to attract new business and investment in the region. The 100 per cent electric, efficient system will also ease severe expressway congestion and could reduce greenhouse gas emissions up to 86,000 tons over 30 years.

I believe Virgin Hyperloop One could have the same impact upon India in the 21st century as trains did in the 20th century. The Pune-Mumbai route is an ideal first corridor as part of a national hyperloop network that will dramatically reduce travel times between most of India’s major cities to under two hours.

At Virgin we are always focused upon innovating in the present, while pioneering into the future. As the brilliant teams at Virgin Trains, Virgin Atlantic, Virgin Voyages, Virgin Australia and other companies around the Virgin Group continue to push their industries forward, we are excited by businesses such as Virgin Galactic, Virgin Orbit and Virgin Hyperloop One breaking through further barriers in the coming years.

Virgin Hyperloop One is the only company in the world that has built a fully operational Hyperloop system. I have been fortunate to visit the wonderful team and see them in action at our fully operational test site in Nevada, working hard to make hyperloop a reality. I’m excited to see what’s next. You can get more of an idea of what Virgin Hyperloop One is all about in the video below, and head over to the website to find out more.