Virgin Galactic standing on the shoulders of giants

I’ve been reflecting on last week’s events with Virgin Galactic, when our pilots Mark ‘Forger’ Stucky and ‘CJ’ Sturckow were awarded Commercial Astronaut Wings by the US Department of Transportation for taking VSS Unity into space. 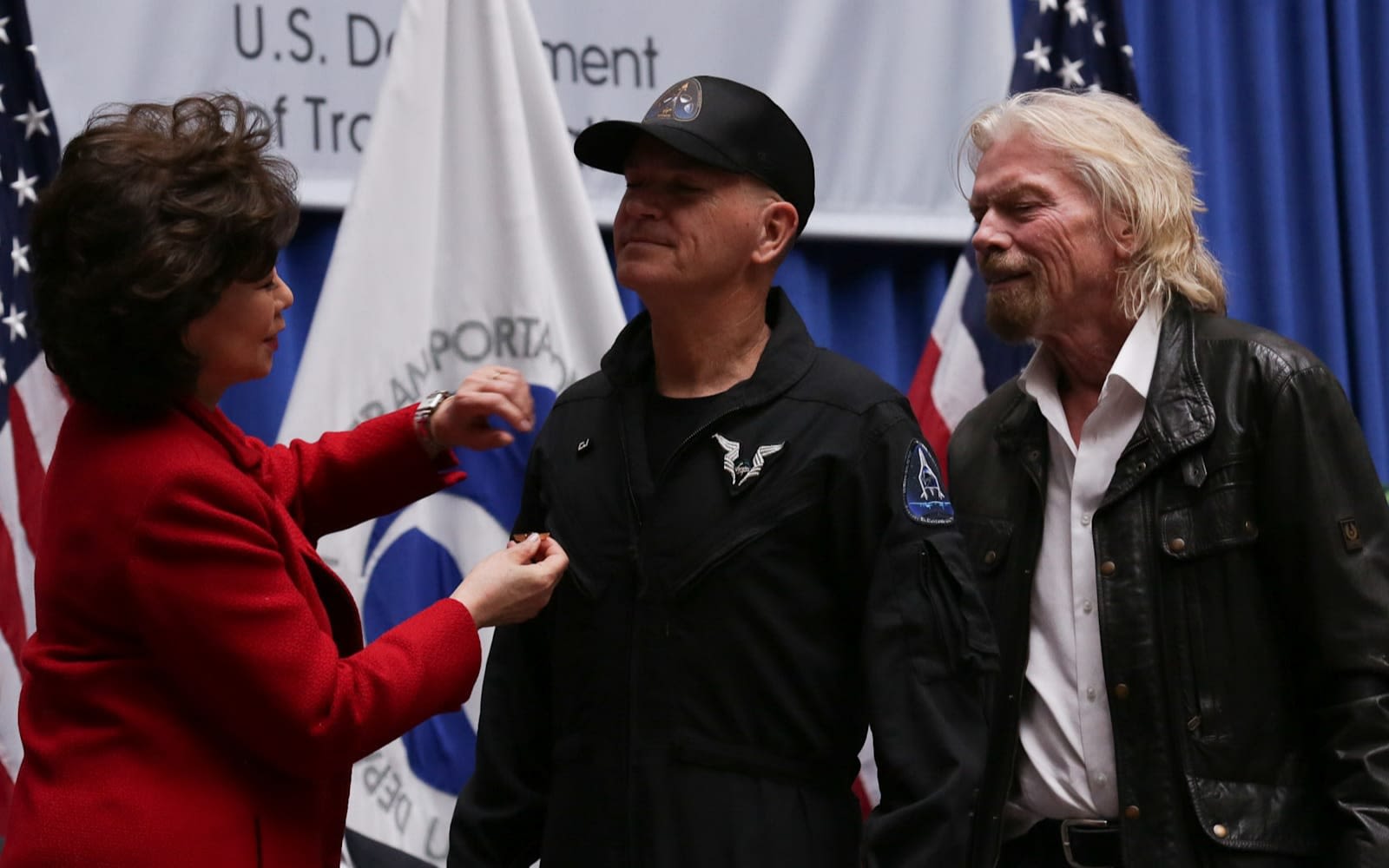 The awards of the astronaut wings marked the very first time a vehicle built for commercial passenger service reached space, and the first crewed space launch from US soil since 2011.

We donated the hybrid rocket motor that powered SpaceShipTwo to space for the first time to the Smithsonian Air and Space Museum. The Rocket Motor was also awarded a Guinness World Record as the ‘Most powerful hybrid rocket motor used in manned flight’. Standing in the museum, I thought about how Virgin Galactic is now truly standing on the shoulders of giants.

With the great breakthroughs and progress of the past, came adventure, skill, daring, perseverance and sometimes great sacrifice. And that doesn’t change. People have literally put their lives on the line to get us here, and all our important days are as much for them as they are for us. 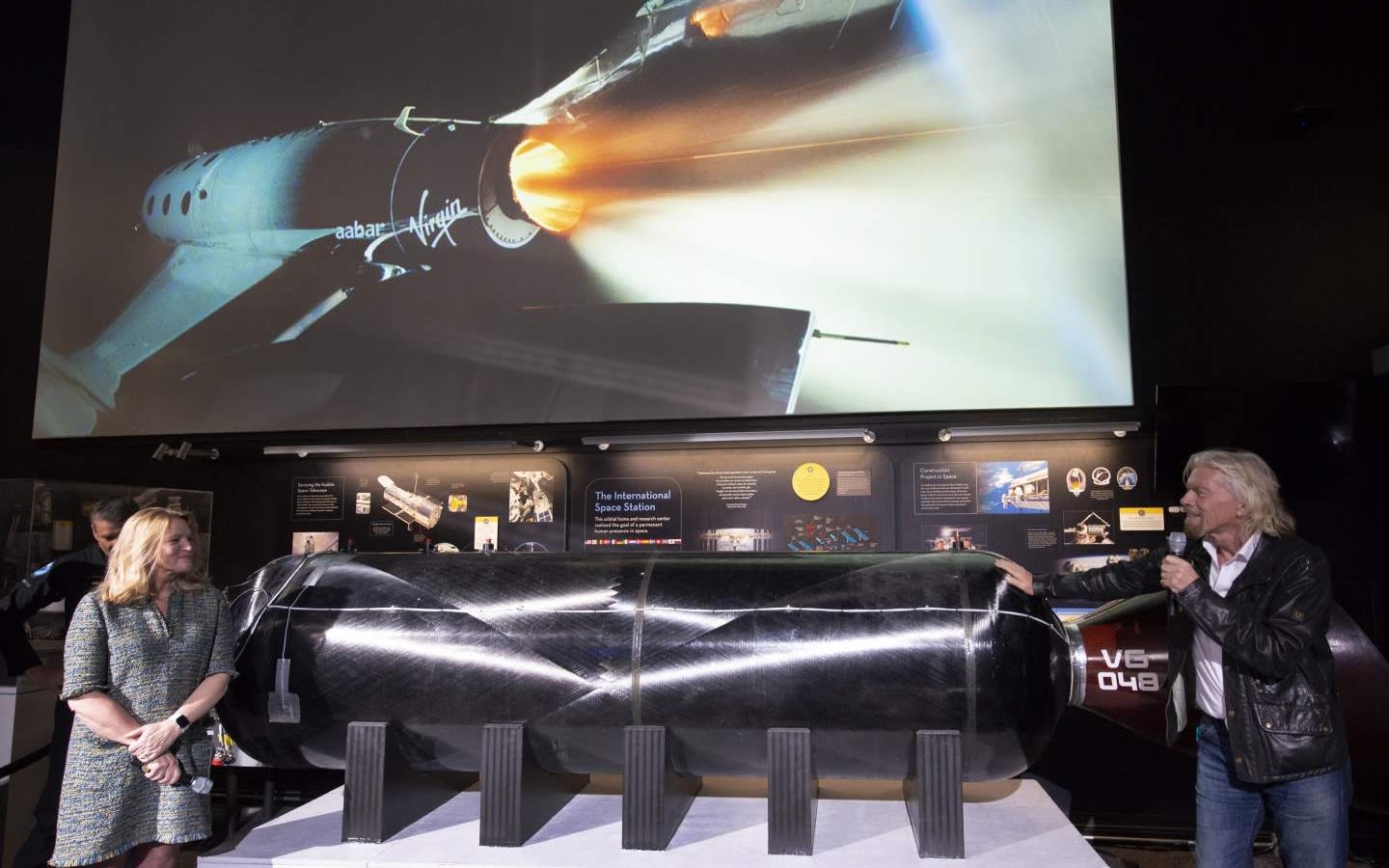 I could spend all night in the Air and Space Museum – I was tempted to hide and stay behind! In my fantasy stay, in the wee small hours (as my beautiful and still very Scottish wife Joan would say), it would be hard to avoid a trip down memory lane.

The Breitling Orbiter 3 capsule would bring memories of our crazy but crazily wonderful ballooning days crashing back (probably a bad choice of words there with hindsight!) and of how we were frustratingly pipped to the post for the global circumnavigation record. 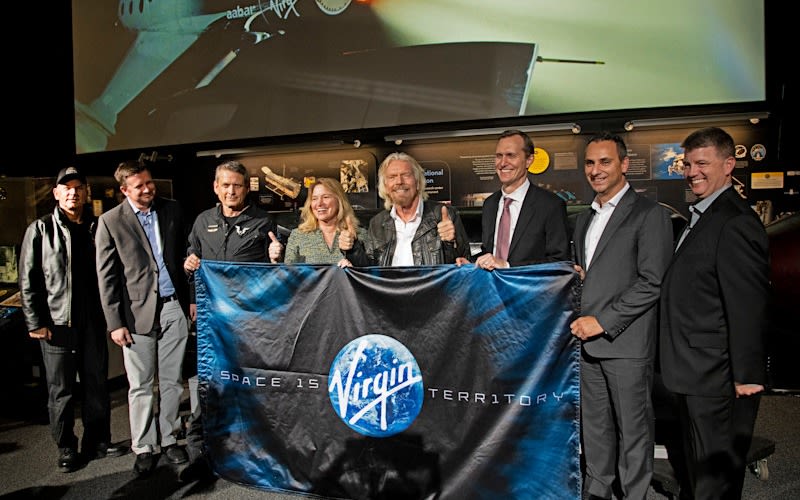 Image from the National Air and Space Museum

Then the Spirit of Freedom capsule and the first solo balloon circumnavigation would remind me of my great and still sadly missed friend Steve Fossett – the Magellan of the skies. Without Steve and without our involvement in his successful non-stop aircraft circumnavigation record in the Virgin Atlantic Global Flyer, we would probably not have met my other aviation hero, Burt Rutan. And without Burt Rutan – well as they sort of say – the rest would not have been history.

Burt is rightly well represented at the Smithsonian. The Virgin Atlantic Global Flyer owes a debt to the Rutan Voyager in much the same way that our own SpaceShipTwo owes a debt to SpaceShipOne, proudly displayed in the Milestones of Flight Hall. 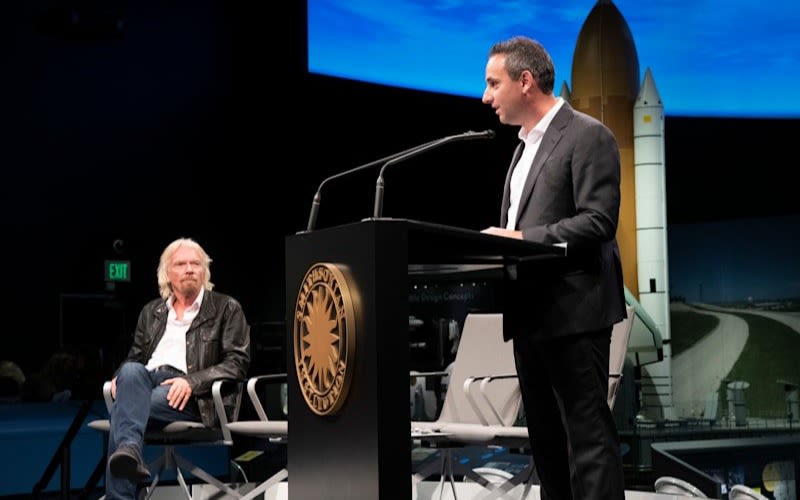 Image from the National Air and Space Museum

Those connections and legacies are important to remember and to acknowledge, and why we were excited to be able to donate an artefact ourselves to the National Air and Space Museum, which is symbolic of a great story that continues to unfold.

While we are standing on the shoulders of giants, we still have a long way to go. Keep following Virgin Galactic as we move towards more exciting milestones, and onwards to my own first commercial space flight.