Thrilled to announce that Virgin Galactic is taking its next step towards full commercial service by moving its operations to Spaceport America in New Mexico this summer.

We have now completed two spaceflights and we’re ready and excited to carry on the flight test program in New Mexico. 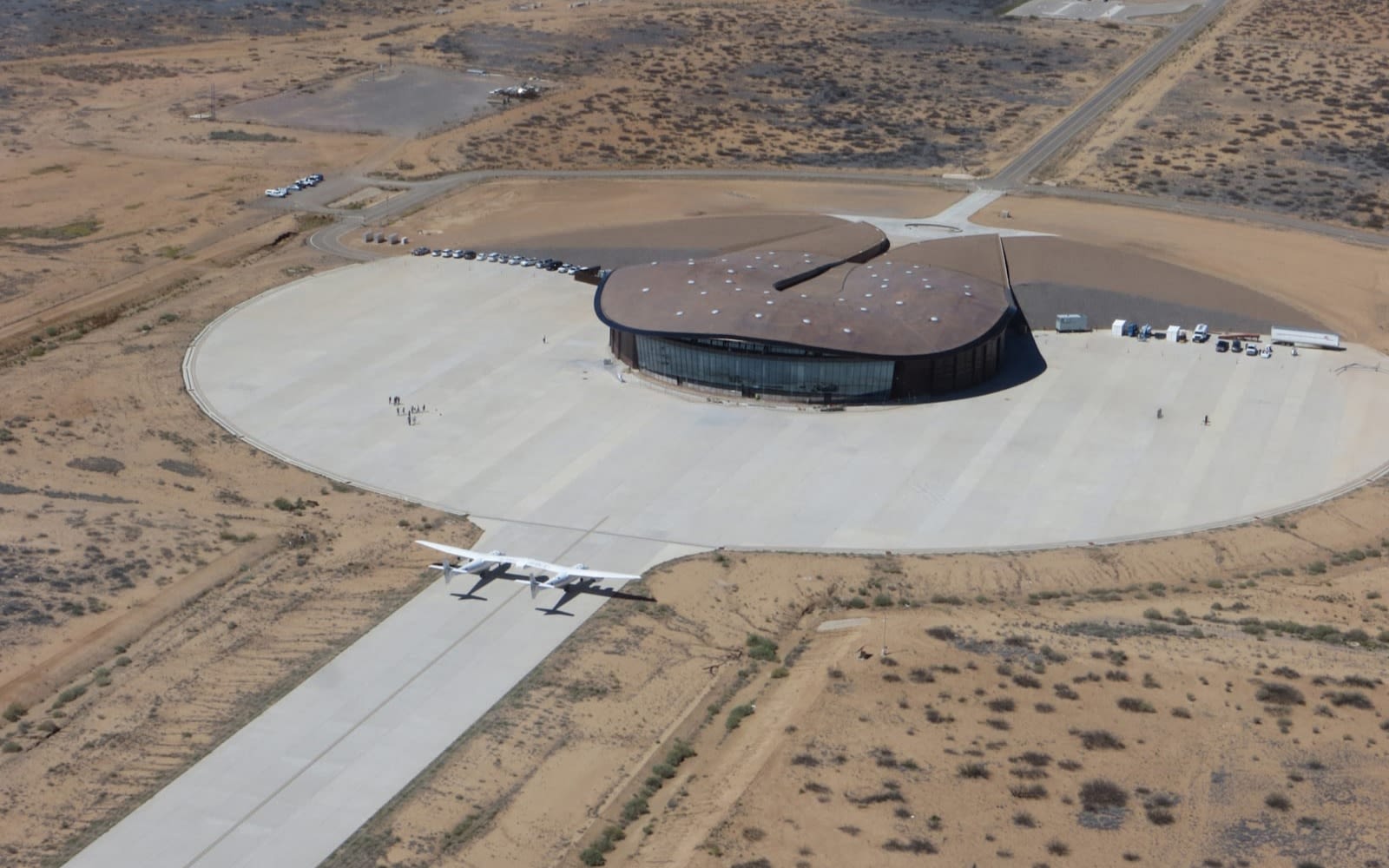 Our Virgin Galactic adventure has been intertwined with New Mexico and Spaceport America right from the start. It was wonderful and very fitting to celebrate this announcement in New Mexico with Governor Lujan Grisham and the Virgin Galactic team.

As something of an aviation enthusiast, I have always loved the now legendary conversation between Juan Trippe of Pan Am and Bill Allen of Boeing. The short interchange led to the creation of the Boeing 747 and transformed commercial aviation for ever. The conversation might have been short but it was highly entrepreneurial and underpinned by trust, confidence and a powerful vision for the future. Having described what he wanted from a new plane Trippe told Allen: “If you build it, I’ll buy it.” Allen immediately responded: “If you buy it, I’ll build it.” They shook hands and the rest as they say – is history.

I always rather wished I’d been a part of that conversation - it’s the way I like to do business, which is why our very first meeting here in New Mexico excited me so much at the time, and has stuck with me ever since.

I remember getting a call in 2005 from our brand new Virgin Galactic team in London to say that they had just had a terrific meeting with a New Mexico delegation about basing our future spaceflight operations in the state. As far as I recall the basic pitch was: the sun always shines (well almost always), the first mile to space is free and you can more or less fly when you want to. The team said we had all been invited to go and meet Governor Bill Richardson, and I said – screw it let’s do it.

We then jumped into a helicopter and landed in the middle of a desert. It was certainly beautiful but there was definitely no spaceport – there actually weren’t even any roads. There was, however, a scaffolding pole stuck in the ground. Governor Richardson said: “This will be the middle of the hanger, which will be able to hold five of your spaceships and two carrier aircraft.” As I looked around, I felt some trepidation at the sheer magnitude of the task ahead, but was encouraged and excited by the strong vision for the future that radiated from the teams.

Before we left that scaffolding pole, we agreed two more things: that the world’s first purpose built commercial spaceport needed to be stunning landmark architecture; and that the provisional name, which I think was South West Regional Spaceport, definitely needed an upgrade.

And sure enough, in what seemed like a blink of an eye, I was abseiling with my kids, champagne bottle in hand, down the stunning glass front of the Foster and Partners designed and truly magnificent… Spaceport America! 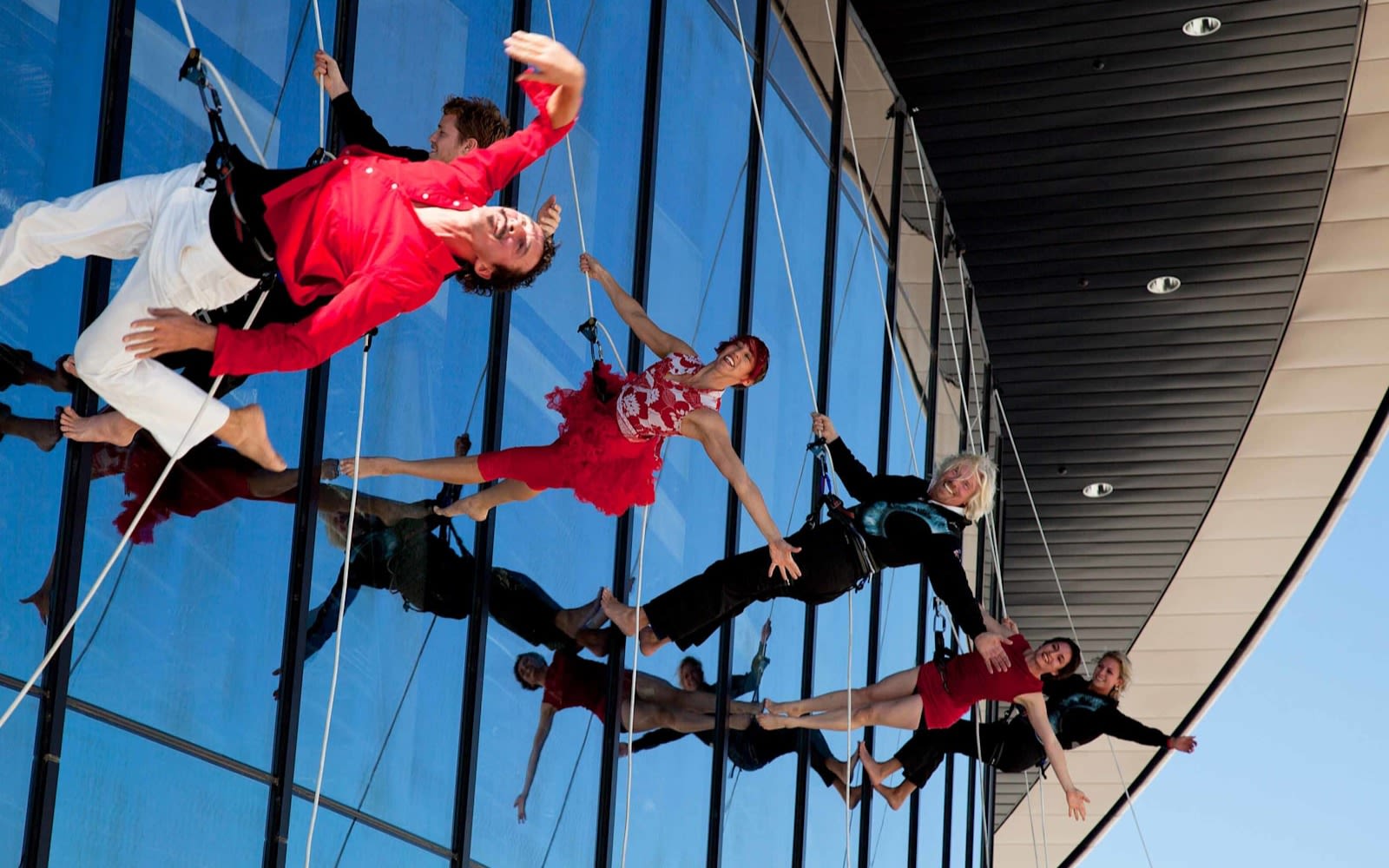 New Mexico delivered on its promise. They built us a world first, world class spaceport. We know that was not easy and we are deeply thankful for the state’s courage and conviction. I could not be more excited that in return, we are now finally ready to bring them a world-first, world-class spaceline. 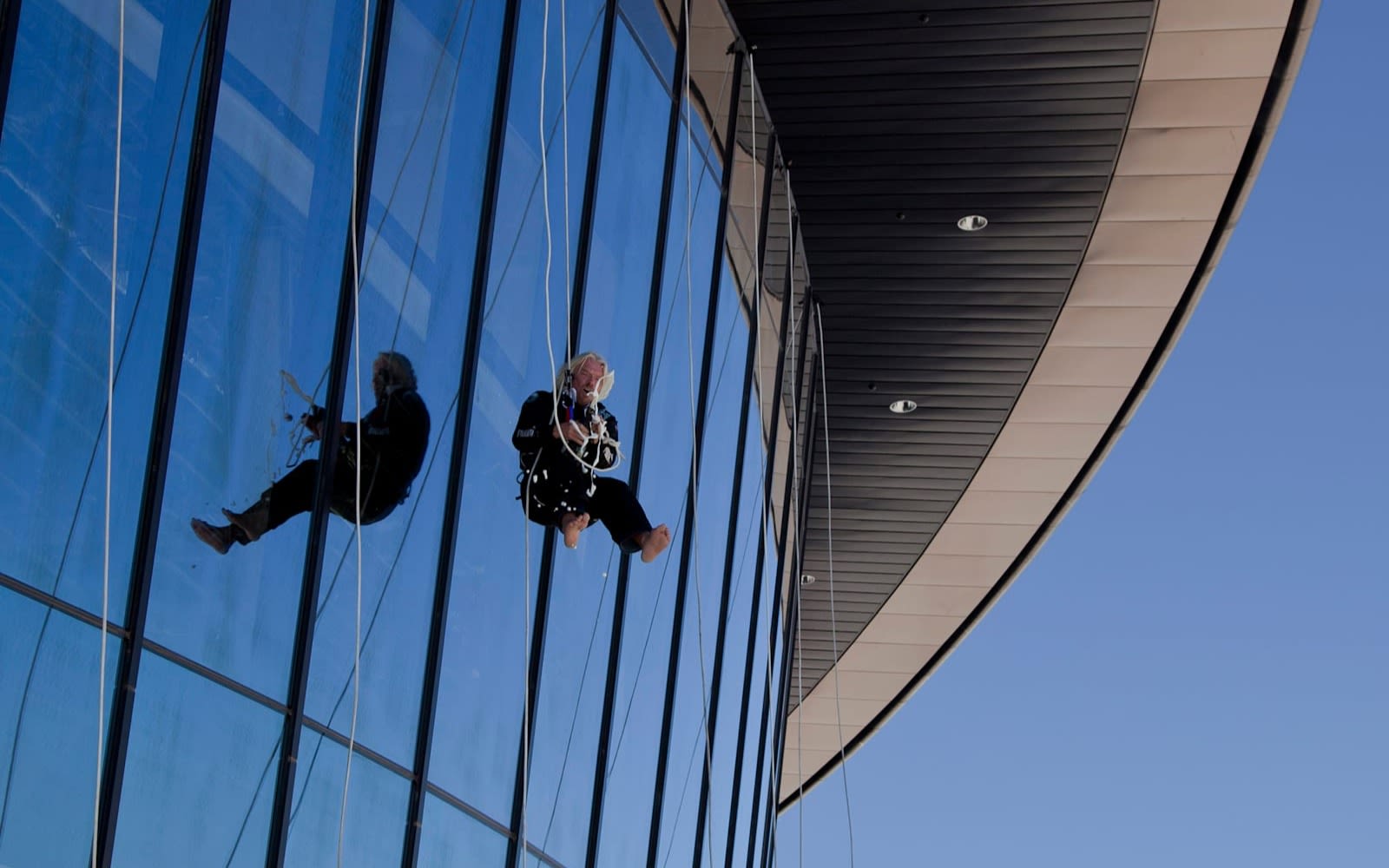 New Mexico will become one of the very few places on this beautiful planet of ours, which regularly launches humans into to space. Even rarer is that those launches will be conducted by a private company. And New Mexico will perhaps be unique in that behind those launches lies a strong sense of purpose, which is focused on the urgent need to open and to democratise space for the benefit of life here on earth. A recognition that our future success as a species rests on the planetary perspective – a perspective that we know comes sharply into focus when that planet is viewed from the black sky of space. 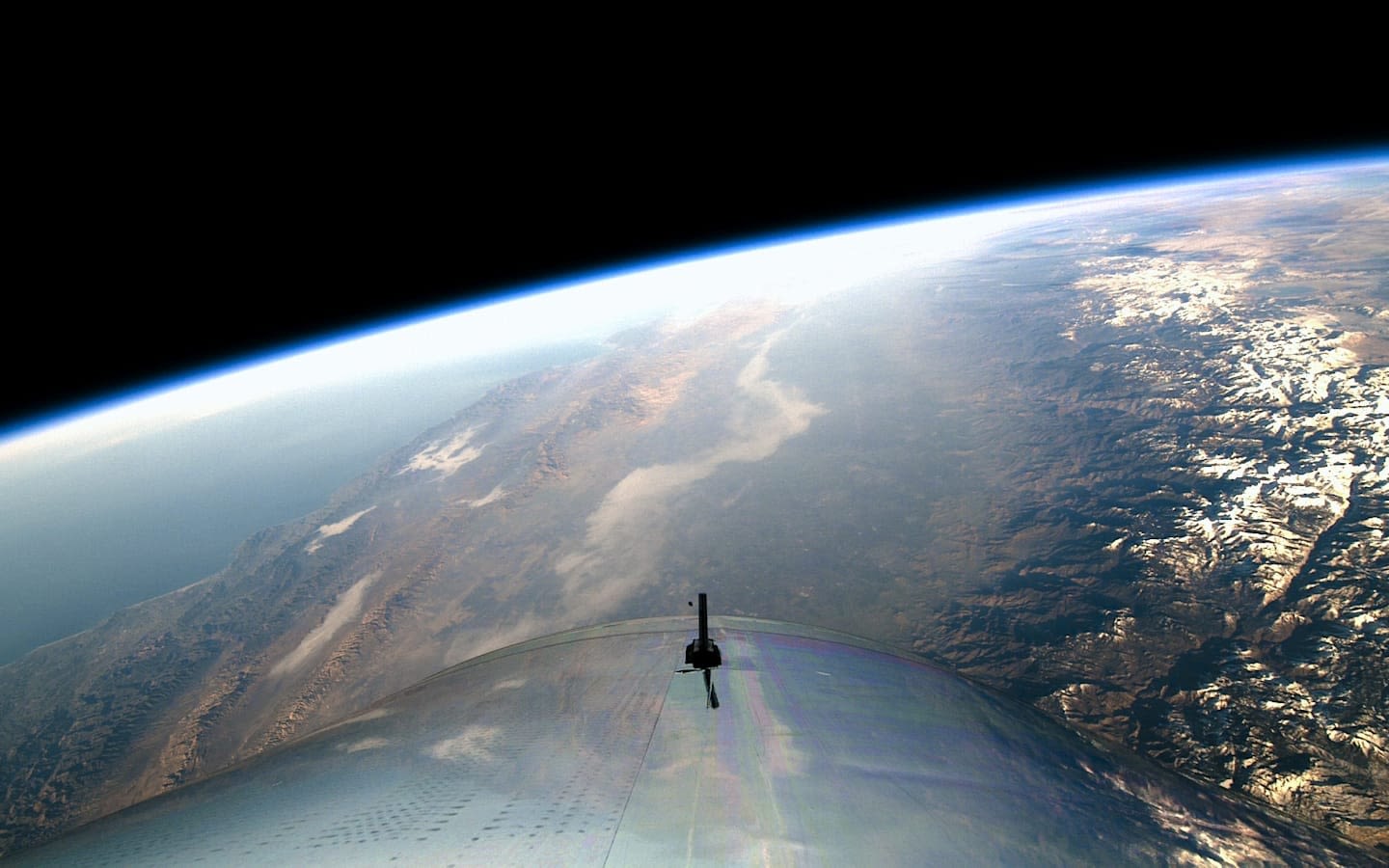 So our first commercial spaceflights will be important, but they are just the start. The experience we gain in flying people and payload regularly in winged, runway based space vehicles will prepare both Virgin Galactic and Spaceport America for the next chapter in the great story of commercial aviation.

A chapter that will see Spaceport America become linked with a global network of spaceports and Virgin Galactic operating trans-continental supersonic spaceflights, delivering passengers anywhere on the planet with a couple of hours, connecting the world like never before while drastically reducing the environmental footprint.