Delighted to be back in India to celebrate Virgin Atlantic launching our new route from London to Mumbai.

It’s the third time that Virgin Atlantic has flown to Mumbai and I’m convinced that this time it’s going to be third time lucky! We’re thrilled to serve this market again and bring back some competition to the route.

It was great to join a room full of hundreds of today’s entrepreneurs for Virgin Atlantic’s event, which was aptly named Business is an Adventure. 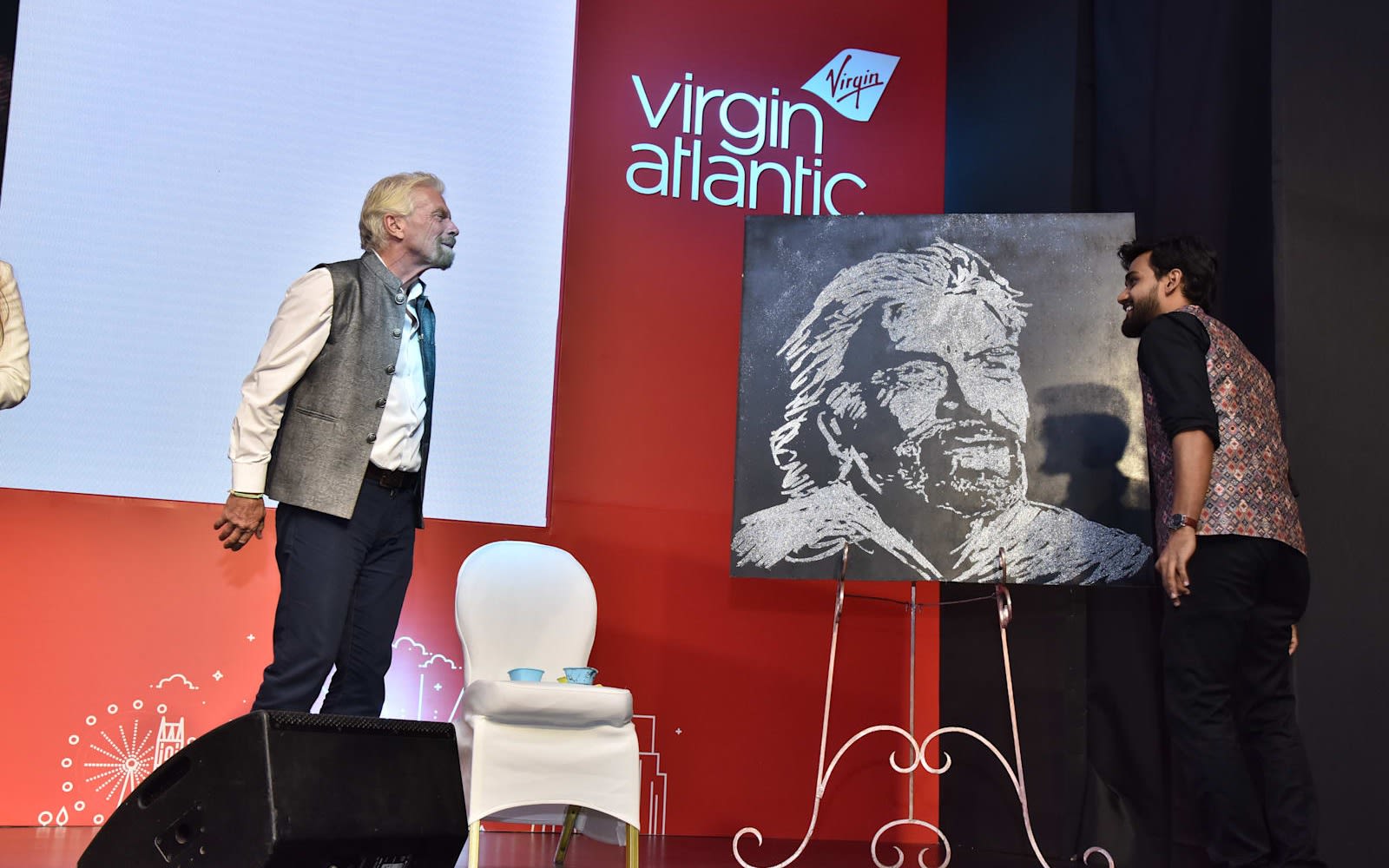 I was joined on a panel by Anand Mahindra, the hugely successful Chairman of the Mahindra Group. We talked about what motivates us as entrepreneurs, facing failure, how we keep on going and why we dream big.

Anand spoke about how what you’re doing in business has to be fun and you have to enjoy what you’re doing – and I couldn’t agree more. It’s also important your people are having a good time and are proud of where they work.

When we talked about failure, Anand was very open and said every failure gets him down. He said the question for him is, ‘can you eventually get back up?’ He said he looks at failure as capital – and failure capital is probably the most valuable as it will make you wiser and stronger. This is very true – there’s usually an important lesson to learn with every misstep or error. 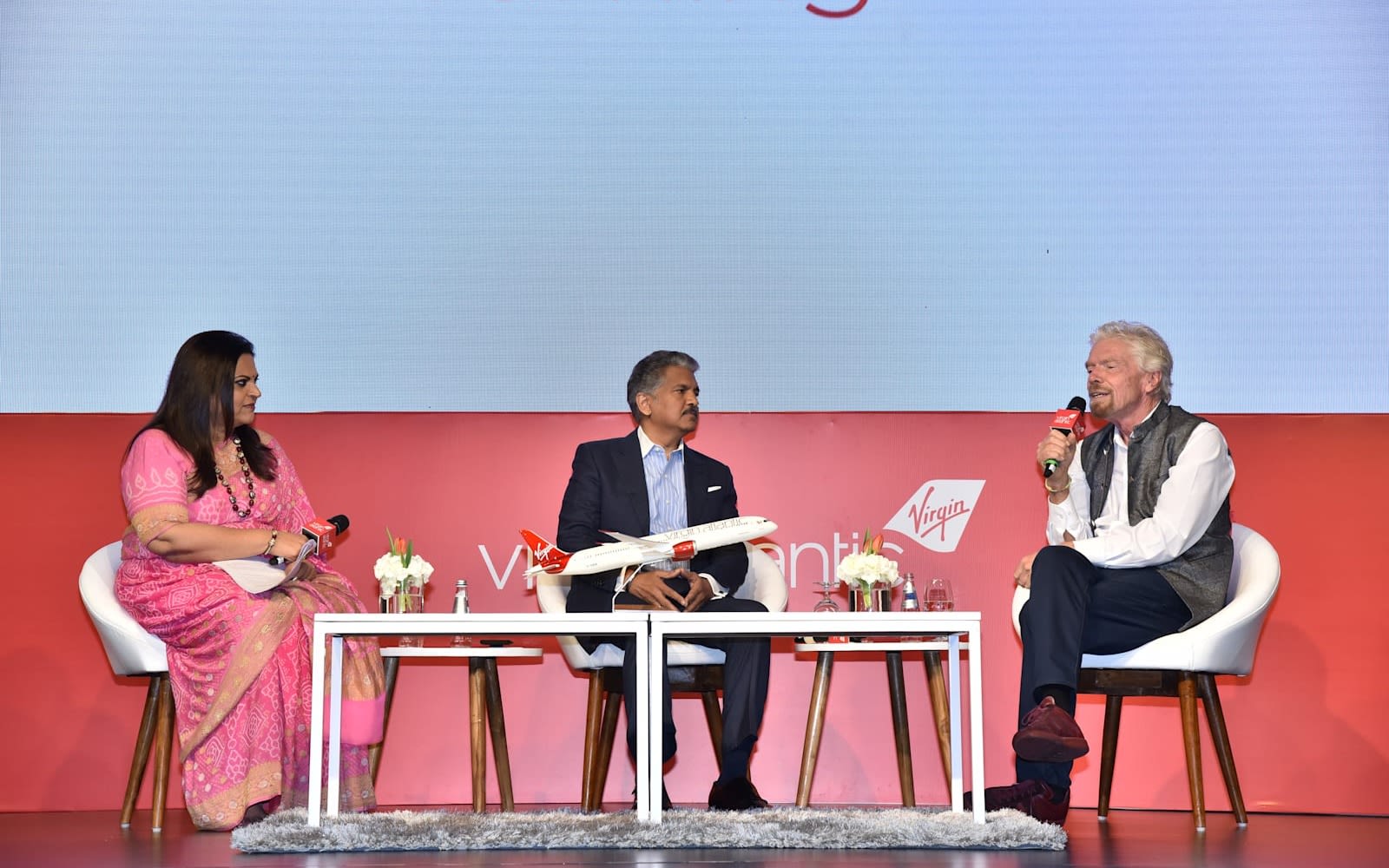 We were asked how we keep dreaming and keep going even in the face of challenges. Anand said his mother came from a modest background and was determined to write fiction. He said he remembers the rejection slips she got in response to sending her work to publishers. After about 100 of these, her work finally got published. He said his mother’s determination is his story of inspiration, and it stops him from giving up. 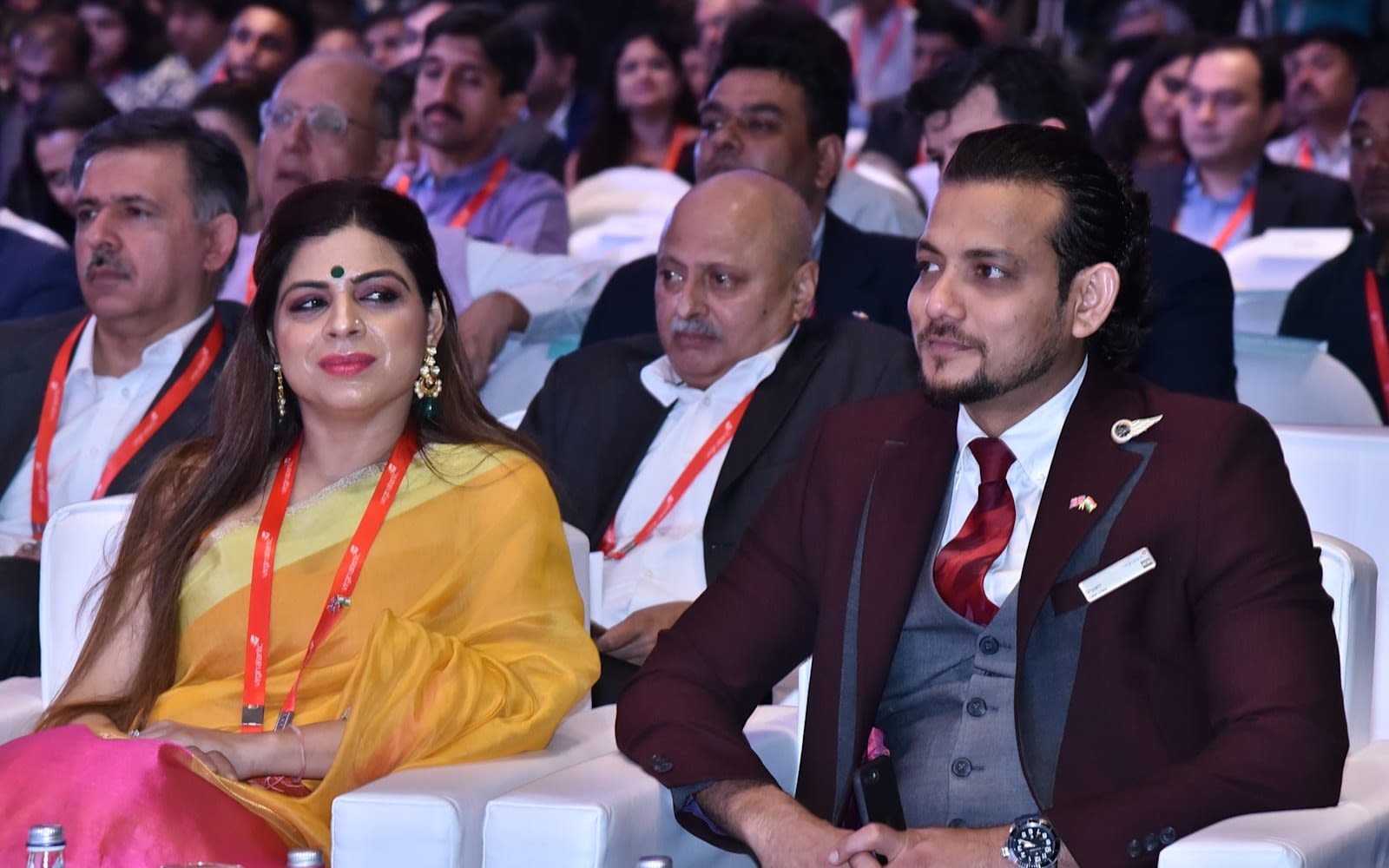 I have always looked for the opportunity in the face of challenges. The story of Virgin is a tale of big dreams. The odds have often been stacked against us, but by not limiting ourselves to what we have been told to be true, we have been able to make the impossible possible. Dreaming champions aspiration, spurs innovation, leads to change, and propels the world forward.

The fact that Virgin Atlantic has returned to the Mumbai route for the third time shows how if you’re willing to accept when something isn’t working, and look at other options (hopefully to return to it when conditions are more favourable), then you might have a stronger shot at success. 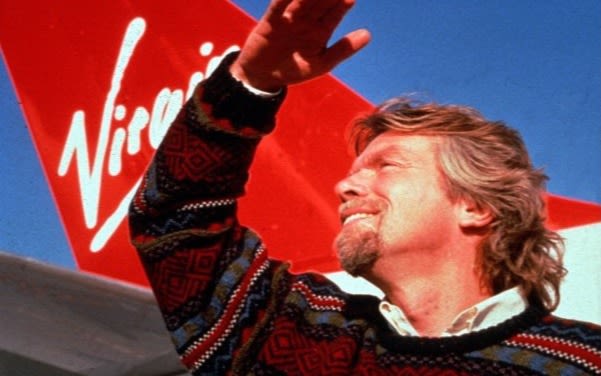 It's also really wonderful to see Virgin Atlantic return to offering a Mumbai route. India has a special place in my heart - a few years ago I researched my background on the TV show Finding My Roots and was thrilled to discover that I’m actually part Indian. I loved finding out how some of my ancestors on my father’s side moved to India in search of fortune and started their own successful businesses - the entrepreneur gene runs deep in the Branson blood line.

It’s also fantastic to see Virgin Atlantic growing and offering more flights to more exciting destinations around the world including a new second daily service from Heathrow to Delhi. I hope a double daily service to Mumbai will soon follow! Shai Weiss, Virgin Atlantic’s CEO, has spoken out about how this growth has to be responsible and driven by a mission to reduce carbon emissions across the industry. From 2007-2018 we reduced total aircraft CO2 by 21 per cent - but we want to go further, and quickly. By 2024 Virgin Atlantic will have one of the youngest and cleanest fleets in the sky, evidence of how seriously we take this challenge.

Thank you for having me Mumbai – it really does feel like the city of dreams. I hope all the entrepreneurs in the room have been inspired to get out there and try their ideas, embrace failure and keep bouncing back.