The Virgin Atlantic GlobalFlyer and a runway to net zero

On February 11th 2006, the brilliant Steve Fossett, piloting the Virgin Atlantic GlobalFlyer, touched down at Bournemouth Airport. He had completed the longest distance ever flown by any type of aircraft, powered or not – 25,766 miles in one uninterrupted journey of more than 72 hours. The mark still stands.

The Virgin Atlantic GlobalFlyer, constructed from carbon fiber, was the most carbon efficient aircraft ever built. The thinking behind it was to show airline manufactures that it could be done. After the flight we called Airbus and urged them to come and see the plane and learn more about the clean technology it was utilising. Airbus’ team flew over to the Mojave Desert and worked with our team to find out about the carbon fiber technology. This resulted in Airbus producing planes like the beautiful A350, which is made of than 50 per cent composite materials, emitting much less carbon dioxide. It also resulted in Burt Rutan, who built the Virgin Atlantic GlobalFlyer, designing Virgin Galactic’s similar all-carbon composite mothership and our spaceship, which was also 100 per cent carbon fiber. 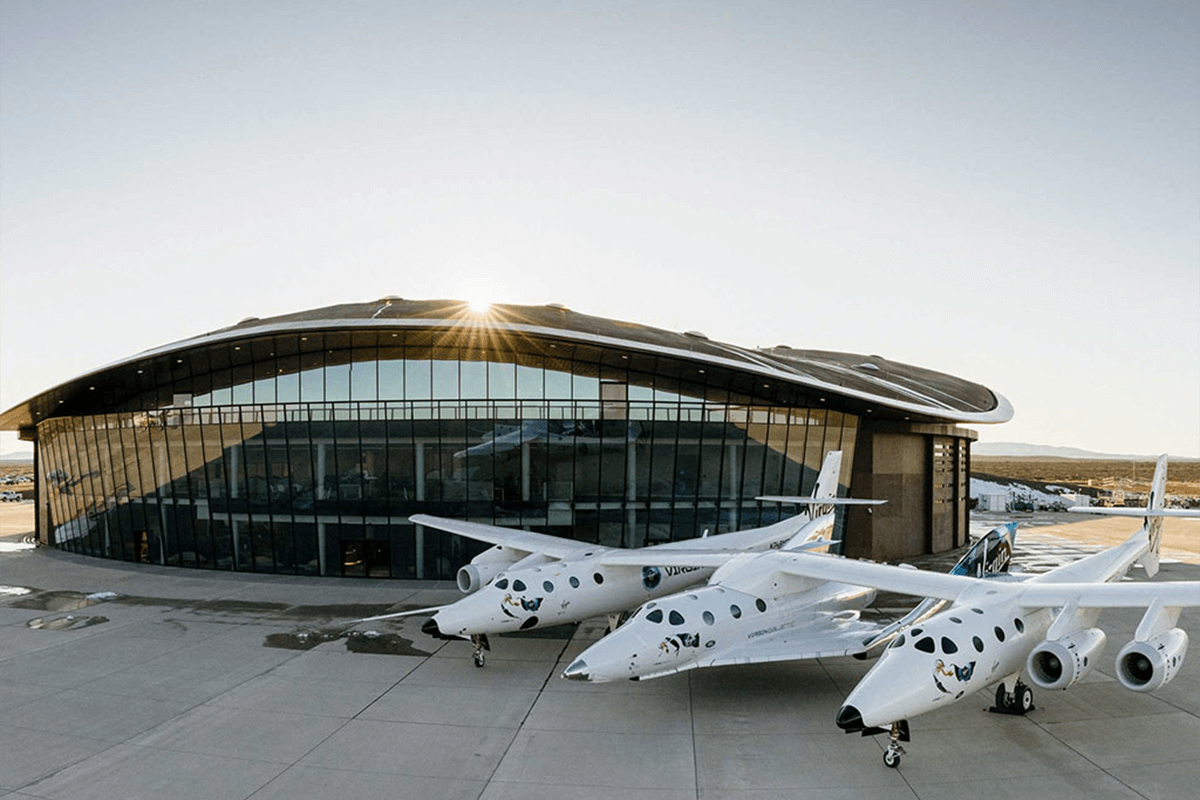 On the anniversary of Steve’s record-shattering flight, I am reminded just how much of an engineering marvel the GlobalFlyer really was. To me, its journey was always more than another attempt to enter the record books. I also saw it as a learning exercise that would teach us something relevant to the future of commercial aviation. The most important lesson: a continuous push for innovation is a critical pillar of that future.

For some time now, aviation has found itself at a crossroads, facing an urgent need to reconcile its impact on a warming planet with the growing demand of a rapidly evolving global market. As the founder of several airlines, I know this is the defining challenge of our sector. But I’d also like to think that this material tension creates an enormous opportunity to make innovation work for climate. For this to succeed, all airlines must take an unflinching look at the challenges ahead, articulate a vision that is bold and credible, and join up across all stakeholders – airlines, the aerospace industry, fuel producers and governments.

Last week, I was encouraged to see Sustainable Aviation, the partnership of UK airlines, airports, manufacturers, air navigation service providers and others announce a joint commitment to reach net-zero carbon emissions by 2050. The ambitious roadmap presented by Sustainable Aviation shows how the sector can reduce net carbon emissions levels from just over 30 million tonnes of CO2 per year down to zero. This will happen through a mix of smarter flight operations, new aircraft and engine technology, and modernising British airspace. It will also include the use of advanced, new waste-based sustainable aviation fuels (SAF) and significant investment in carbon reductions through market-based policy measures. There is much greater detail to this plan, but I think the combination of innovation, smart regulation and market-based mechanisms is the way to go. 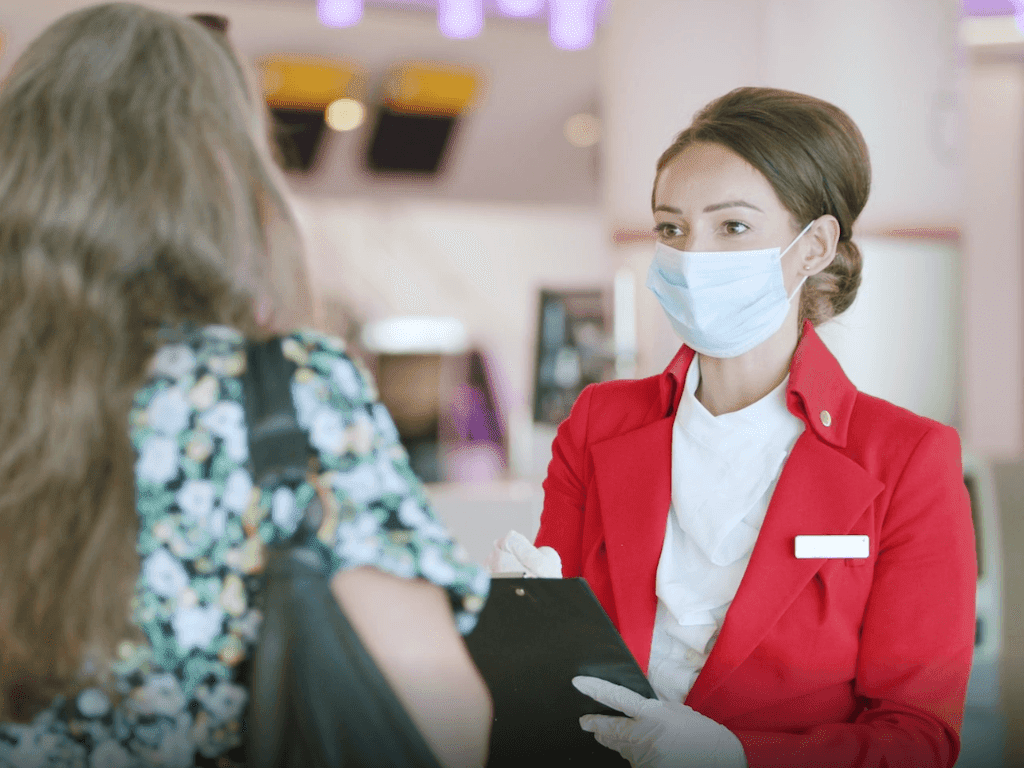 At Virgin, we are committed to doing our part. We know that investing in the most efficient aircraft is the single biggest thing an airline can do right now to reduce carbon. Since 2011, Virgin Atlantic has been implementing a multi-billion dollar fleet upgrade, as well as using the right aircraft on the right routes to optimise passenger and cargo loads, and therefore fuel and carbon efficiency. These upgrades alone have led to roughly 20 per cent emissions reductions since 2007. And more is yet to come.

On a policy level, we’ve supported carbon pricing and a carbon-market-based measure for international aviation since 2007. The Carbon Offsetting and Reduction Scheme for International Aviation (CORSIA) was agreed by nation states in October 2016, following long-term support from airlines like ours. CORSIA is a significant development designed to help the global industry address its second target of carbon neutral growth from 2020. Between 2021 and 2035, airlines will pay billions into robust, new CORSIA-compliant carbon reduction projects around the world (like renewable energy and forestry projects), mitigating about 2.5 billion tonnes CO2 in total. So far 81 countries (covering roughly 77 per cent of all international aviation) have signed up to the initial 2021-2026 voluntary phase, with all states joining from 2027 (apart from a few small and least developed countries).

Finally, we have been driving advances in sustainable aviation fuels (SAF's) for many years, made initial early investments in a number of companies like Gevo, and are now focused on advanced waste-based technologies such as Agilyx, and Virgin Atlantic’s partnership with LanzaTech.

Since Virgin Atlantic’s first SAF flight in 2008, thousands of commercial SAF flights to date have clearly shown SAF’s technical viability. The next stage is the development and production of advanced, affordable sustainable aviation fuels at a volume that will enable airlines to buy and fly them routinely, achieving huge CO2 savings. With the right government incentives, currently favouring ground transport fuels, pushing more towards SAF, this could happen as soon as the early to mid 2020s. It would be a game-changer for commercial aviation.

Government can and must be part of this solution. And why wouldn’t it? This is the moment to position the UK as a leader of innovation and sustainable growth whilst fostering economic opportunity and prosperity across the country, whether it’s through enhanced support for aerospace research and development or through investments and incentives that will help take sustainable aviation fuels to true commercial scale. There are many ideas of what levelling up might look like. To me, this is a great one.