Today is the International Day against Drug Abuse and Illicit Trafficking. Initially created by the UN as an occasion to celebrate global drug prohibition, it has become an annual reminder of the futile and failed policies that continue to kill thousands around the world, criminalise millions and waste billions of dollars in public funds.

The so-called war on drugs is one of the most astonishing policy failures the world has ever seen, a colossal waste of resources that has neither curbed the global illicit drug trade nor reduced demand or supply in a meaningful way.

This misguided emphasis on policing, law enforcement and prosecution is what prompted me to join the Global Commission on Drug Policy in 2011. Together with my fellow Commissioners, I’ve been advocating for a reform of drug laws around the world, for a shift to policies that prioritise health and harm reduction.

Over the last few months, the COVID-19 pandemic and especially the global resurgence of the Black Lives Matter movement following the brutal killings at unarmed Black Americans at the hands of police officers have once again cast a spotlight on the role that racism and racial injustice have played in sixty years of global drug wars.

A few days ago, I exchanged emails with Kassandra Frederique, who is the incoming executive director of the brilliant Drug Policy Alliance, the leading US organisation working to end the war on drugs. Kassandra is a Black woman who has spent much of her career fighting the racist drug policies that have had such a disproportionate and devastating impact on communities of colour, but particularly Black Americans. These are the policies that have contributed to America’s mass incarceration crisis, the policies that fuel the shameful bail business, the policies that continue to tear families apart and leave countless Black people with criminal records that have robbed many of any chance to lead a normal life and escape a vicious cycle of marginalisation, poverty and relentless policing.

There is no question that drug laws in the US and elsewhere have created separate realities. Where you land depends on the colour of your skin.

“Let’s be very clear,” Kassandra said in a discussion about decriminalising cannabis. “It is Black and Latino moms that are getting their kids taken away while white moms are on the cover of GQ talking about how marijuana helps their parenting.” 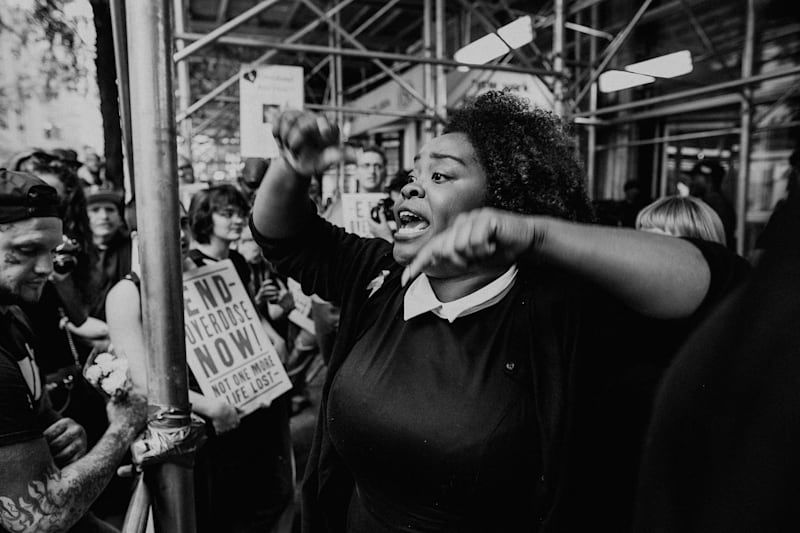 This disparity doesn’t just apply to the social impacts of prohibition, but also to the economic benefits of legalised drugs. For instance, along the entire value chain of the legal cannabis industry, people of colour are vastly underrepresented. It’s white people who dominate the cultivation, production and trade. And it’s white people who share most of the profits.

I am heartened by Kassandra’s plans to tackle these issues. As she puts it, these include “dismantling the insidious ways the war on drugs has expanded its reach into institutions that govern everyday lives” and by championing “marijuana legalisation rooted in equity and justice for Black and Latinx communities”, such as the MORE Act, which seeks, among other things, to improve access to marijuana licensing and employment for those most impacted by the war on drugs.

Of course Kassandra is right that ending the war on drugs will not end racism, but it may help reduce some of its worst harms. Shifting resources to policies that bring about greater equality, justice, fairness and inclusion, especially for the Black community is a wonderful vision to work towards. And I think it’s within reach.

Head over to the Drug Policy Alliance to learn more about their work.

To find out how you can join the Global Day of Action on 26 June, visit the “Support. Don’t Punish” campaign.