As we celebrate our wedding anniversary, I wanted to share the moment that I met my wife Joan.

I often make up my mind about someone within 30 seconds of meetings them, and I fell for Joan almost from the moment I saw her. I met her at The Manor, the live-in recording studio we built for Virgin Records. Joan is a down-to-earth Scottish lady and I quickly realised she wouldn’t be impressed by my usual antics.

She worked in an antiques shop called Dodo in Notting Hill, close to our Virgin office at Vernon Yard. One day, I hovered uncertainly outside the shop, then built up the courage to walk in. The shop sold old signs and advertisements, which I pretended to the shop owner, Liz, that I was fascinated by. Over the next few weeks, my visits to Joan amassed me an impressive collection of old hand painted tin signs, which advertised anything from Hovis bread to Woodbine cigarettes. 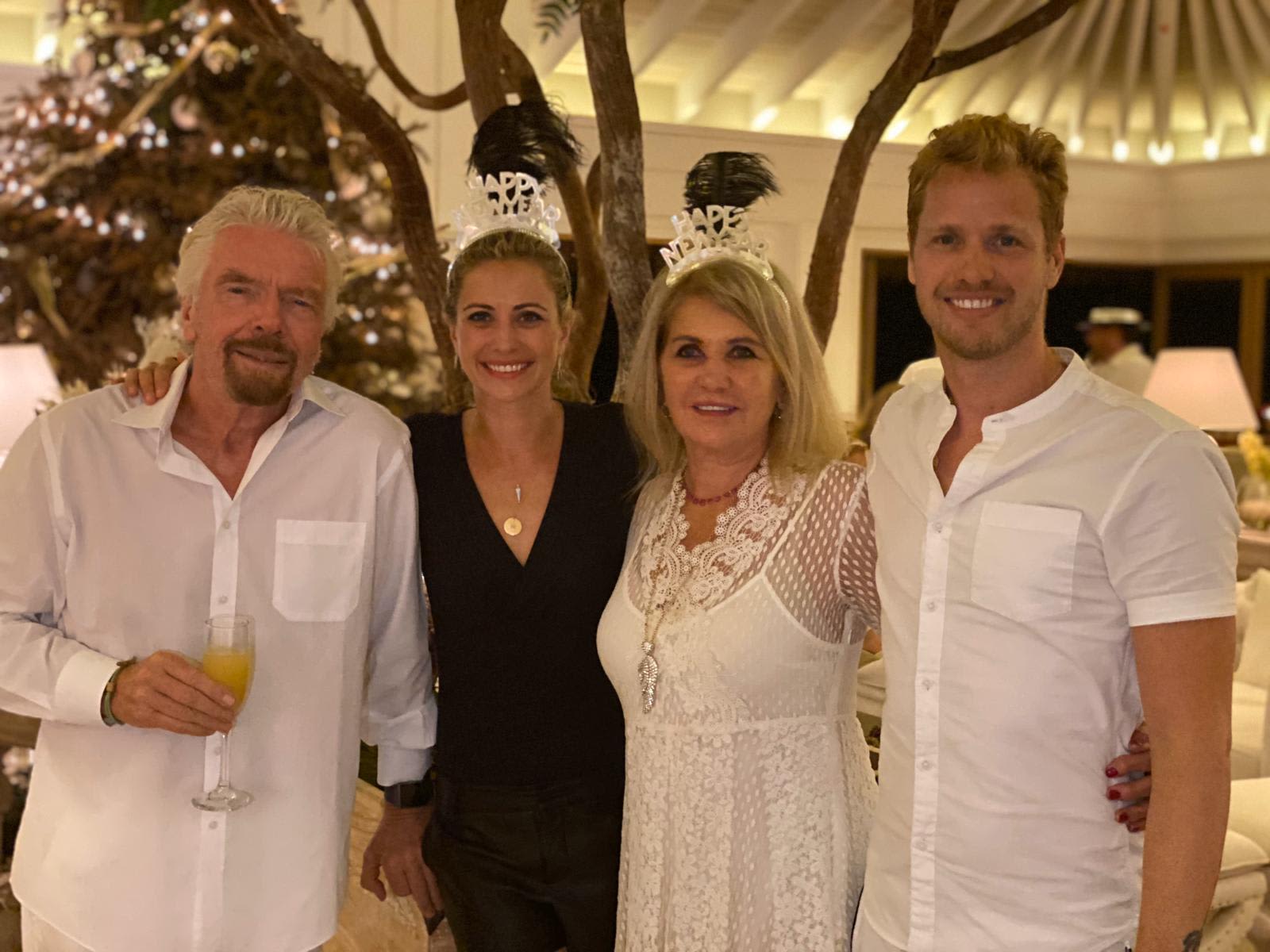 I lived on a houseboat at the time and it was soon full of signs declaring messages like, ‘Dive in Here for Tea’ and ‘Nothing Ventured, Nothing Gained’. At one point, I picked up a Danish Bacon poster where the pig was licking his lips and looking at a chicken on a nest saying, ‘Now That’s What I Call Music’. At the time, Virgin Records was launching a new compilation album series and we were trying to come up with a name. The kitch poster was hanging on the wall as we discussed it and glancing up at it we had our name! ‘Now That’s What I Call Music!’ was catchy and it went on to become the biggest selling album series in history.

Far beyond record titles, I owe a lot to Joan. She’s my wife of 31 years, partner of 45 years, the mother of our two wonderful children and my constant rock. Joan has always been a steady source of wisdom and has played no small part in some of my better life decisions.

The very best was when Joan and I got married on Necker 11 years later and it’s still the place we call home.

We recently sat down and watched some of the highlights from our wedding day and it brought us so much happiness I wanted to share with you all too – I hope it brings you a smile. The day after our wedding Sam, who was seven-years-old, was invited to another wedding. What made me smile was his response: “But dad they can’t be getting married. They haven’t had any children yet!

If I cast my mind back to that day at The Manor 44 years ago, I never could have imagined what the next four and a half decades would bring, with a lifetime of love, wonderful children in Holly and Sam and our delightful grandchildren.

Lessons in love and life from Arch and Leah