What a year for the Necker Cup – hall of fame tennis legends, current stars, and a wonderful group of amateurs playing our favourite sport in the most perfect setting. It really is tennis paradise.

It’s the eighth year of the Manuka Doctor Necker Cup presented by Metal, and it must be the best tournament yet. We were honoured to have Rod Laver – one the greatest to ever play tennis – join us to make it extra special.

We also had Martina Navratilova - another undisputed all-time great – along with Arantxa Sanchez-Vicario, Vasek Pospisil, Tommy Haas, Jack Sock, Radek Stepanek, Daniel Nestor, Nick Monroe, Gigi Fernandez, Johan Kriek, Bradley Klahn, Sabine Lisicki , Gaby Dabrowski and Carol Zhao. What a line-up, and what a privilege for us to get to play with and against them. 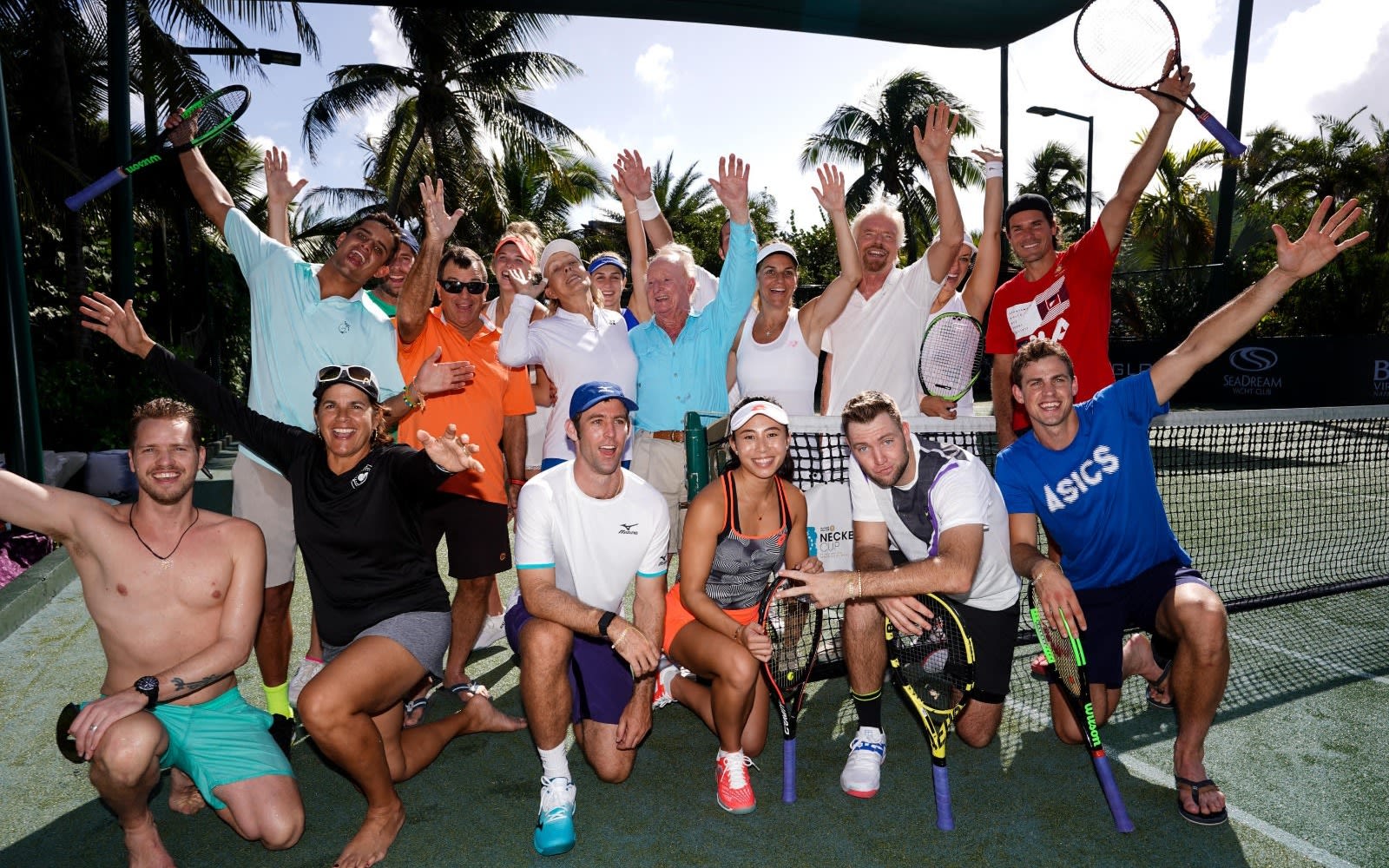 Martina told us how she saw Rod play when she was eight-years-old and decided to model her game on his – there’s nobody better to choose as a role model. It was superb seeing Rod out on the golf course at the Necker Open, alongside the best British player ever, Nick Faldo. We even got Nick on the tennis court too - more on that soon.

There’s too many highlights to mention from the Necker Cup tennis, but I particularly enjoyed some epic battles with the delightful Sabine Lisicki, who has been out injured but still has the game to match anyone. As Martina pointed out in this video, she needed to practice a slower serve!

After two days of fierce but fun Necker Cup competition, somehow yours truly made it through to the final. But after winning the tournament last year, I decided to do the honourable thing and bow out, leaving the brilliant Tommy Haas and Jack Sock to battle it out with our two leading amateurs, Michael Kosloske and Len Pagon.

It was a herculean match, swinging both ways and perhaps featuring a slight mishap or two from yours truly in the umpire’s seat! In the end, Mike and Jack, making their Necker Cup debuts, clinched the cup. Congratulations champs. I’ll get you next year! 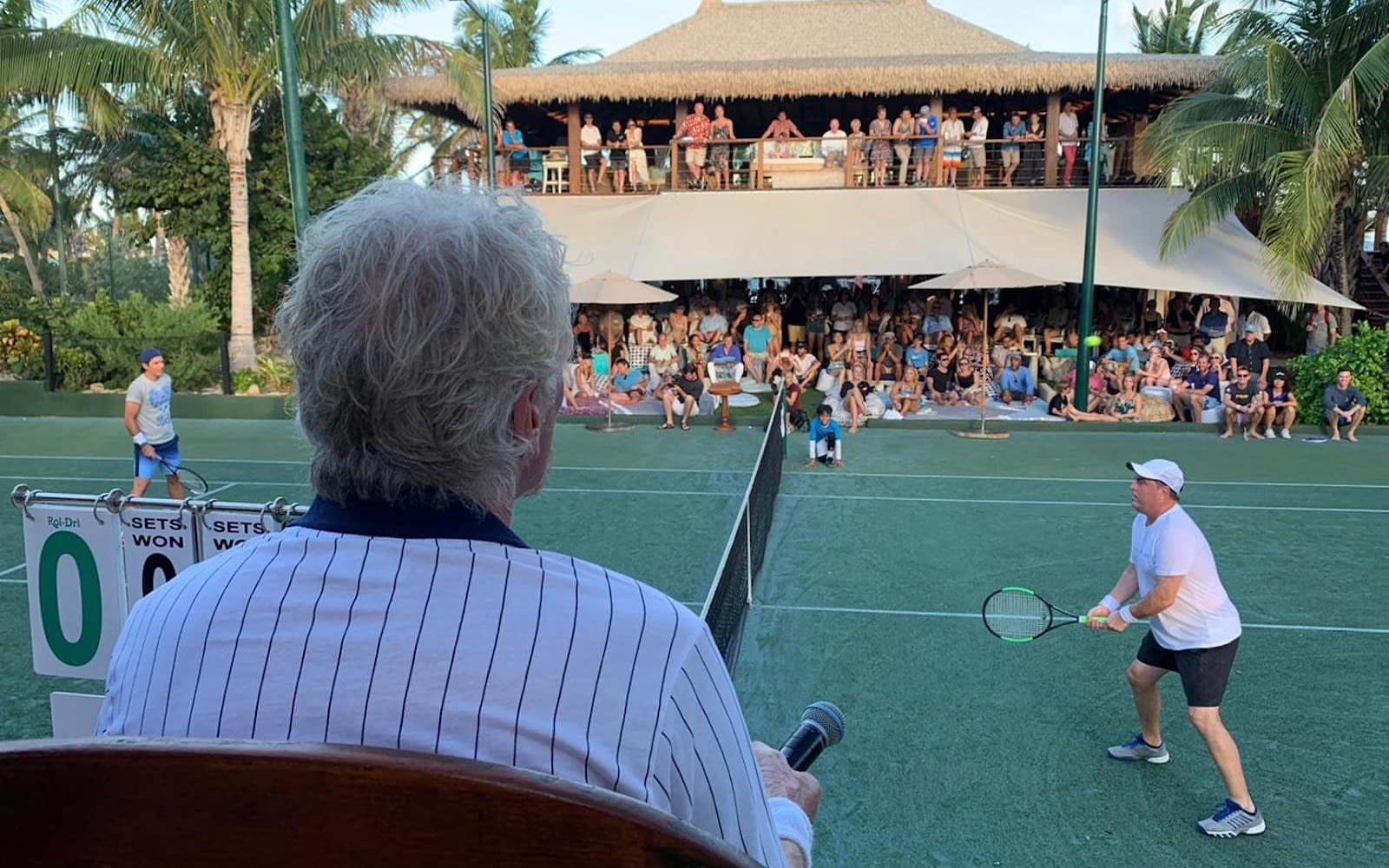 Then it was time for an exhibition that pitted me against my son Sam – with us donning matching Bjorn Borg outfits as tribute to one of last year’s fantastic Necker Cup players. We were joined by an array of marvelous young people from the BVI and elsewhere who have been supported by The National Tennis Foundation and had a blast out on the courts. 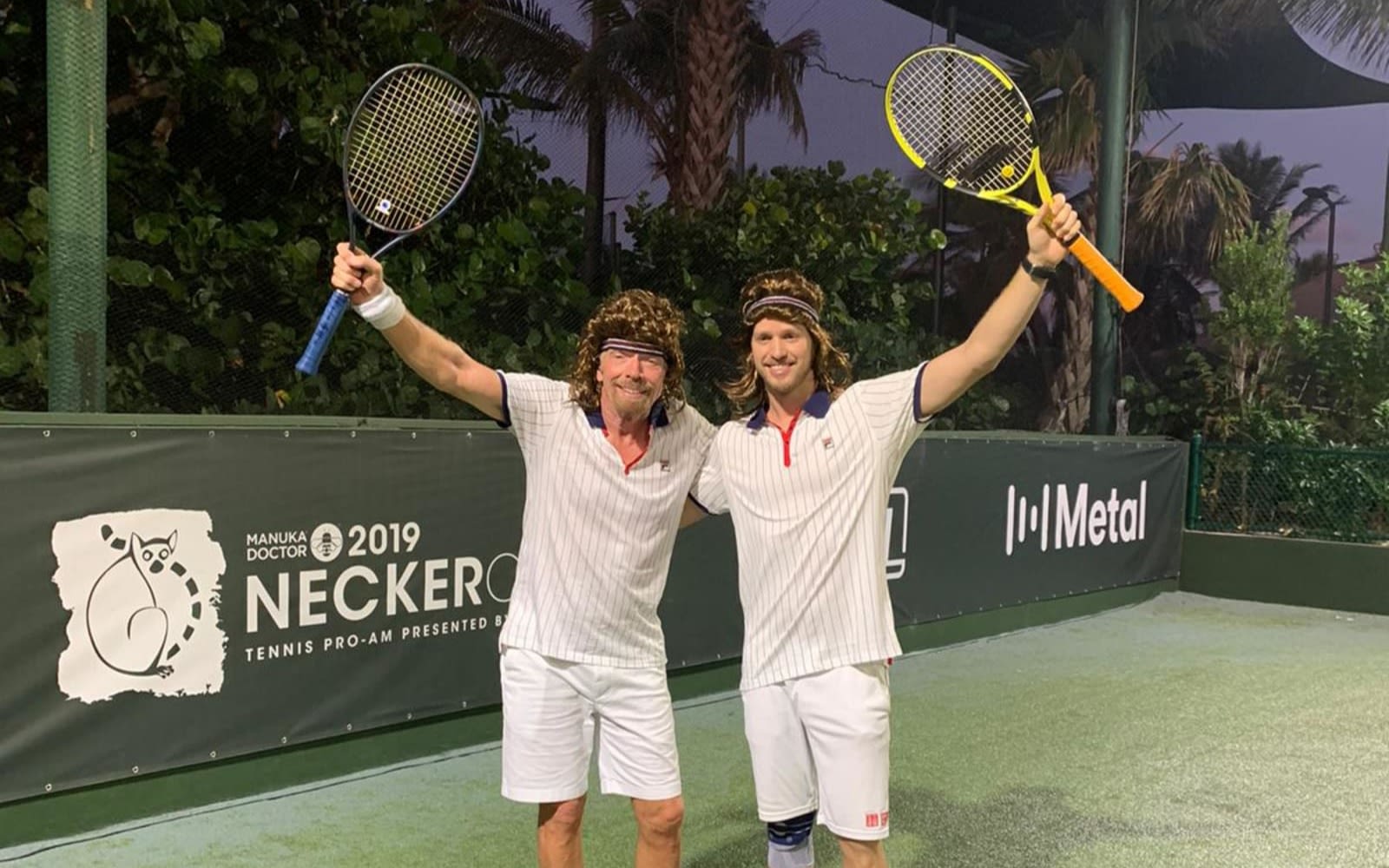 There was still time for a mind-blowing doubles exhibition with Radek Stepanek and Martina Navratilova against Arantxa Sanchez-Vicario and Vasek Pospisil. We were treated to all manner of trick-shots, tweeners and miraculous volley rallies – a feast of tennis fitting to end a terrific tournament.

While the Necker Cup is incredible fun, it’s also an opportunity to raise much-needed funds for some vital causes. I shared with the group about Ocean Unite’s #Love30x30 campaign. It is a call to action to governments and businesses to safeguard at least 30 per cent of the world’s ocean by 2030, through a network of highly or fully protected marine areas. The beautiful ocean surrounding us on Necker is an inspiration to us all, plus “Love" and "30" are very familiar terms in tennis! But more seriously, we all need to work together to supercharge ocean protection and make 30x30 a reality through action on the water, on the streets and in the corridors of power. 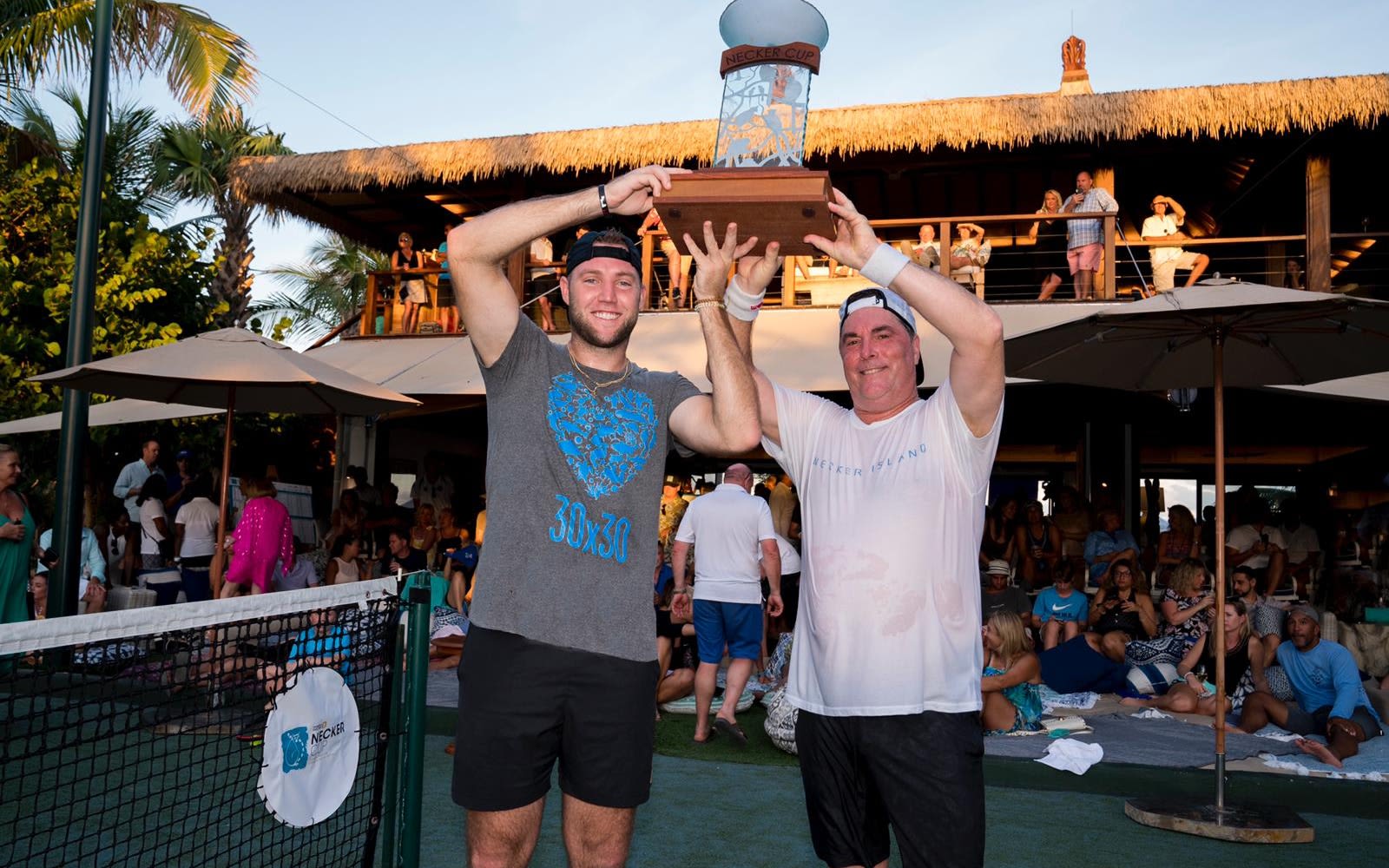 We finished the Necker Cup with a huge party - how else - complete with an amazing performance from Florida Georgia Line, and a charity auction to raise money for The National Tennis Foundation and Virgin Unite, which incubated Ocean Unite. Thanks to everyone for being so generous in supporting these wonderful causes. See you at the Necker Cup 2020!