What do you do when you have an opportunity to get your business in front of the biggest audience in the world – but you are being blocked? Think creatively. With the Super Bowl coming up this weekend, I am reminded of one of my favourite ever creative campaigns. 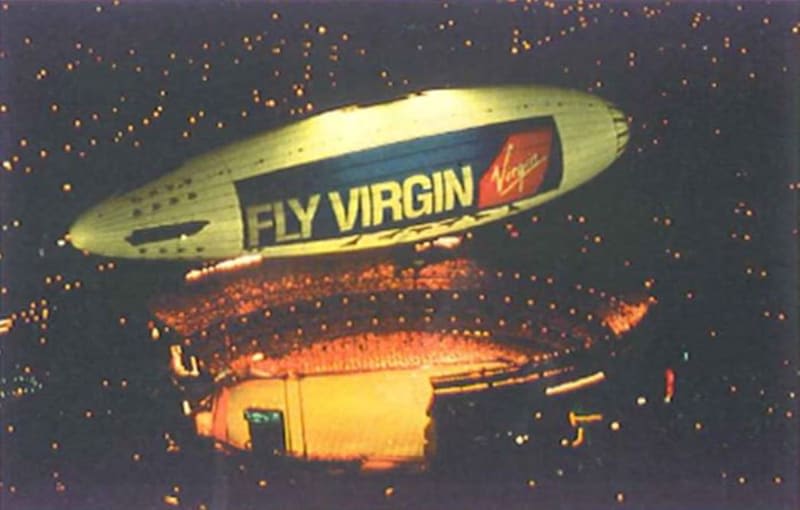 The cost of advertising around the Super Bowl is extremely high – far more than Virgin Atlantic could afford in our early days. But we did have an airship company, and had secured a deal to provide bird’s eye view pictures from above the stadium during the Super Bowl. We were told, in no uncertain terms, that the TV channels were strictly banned from showing our blimp and its large Virgin branding.

With the biggest TV audience in the world on offer, we couldn’t just leave it at that. We decided to show off our sense of humour and wrote ‘NBC CAMERAMEN ARE THE SEXIEST MEN ALIVE’ in enormous white letters on the underside of the red blimp. As we hoped, the camera crews could not resist aiming their cameras at our blimp over and over again.

Without using any budget, we managed to get Virgin Atlantic on screen at the biggest sporting event in the world almost as often as the big game itself. By thinking about the people implementing the rulebook, rather than the rules themselves, we were able to get around it. Crucially, we were able to put a smile on people’s faces too.

Having been to see New England play before, I’ll be cheering on the Patriots in the Super Bowl. Our partner Delta, based in Atlanta, may be routing for the Falcons - but best of luck to both teams, and here’s hoping for another great occasion.