Student: a platform for all shades of opinion, all beliefs and ideas

When I was a teenager, I left school to start my first business, a magazine called Student. The publication was designed to give young people a voice and to share issues we cared about, from protesting the Vietnam War to debating to state of education. I've been reading back through the old copies of the magazine recently, and decided to share some of the highlights with you all.

In many ways I see this blog and social media as a way to continue the work of the magazine I started in 1968. I love sharing things that interest me, shedding light on important issues, highlighting amazing people and organisations changing the world, and having fun along the way.

I will publish, in the spirit of #TBT, a new excerpt from the magazines each Thursday. To kick things off, here is some of my original editorial and accompanying artwork from John Piper in 1968. 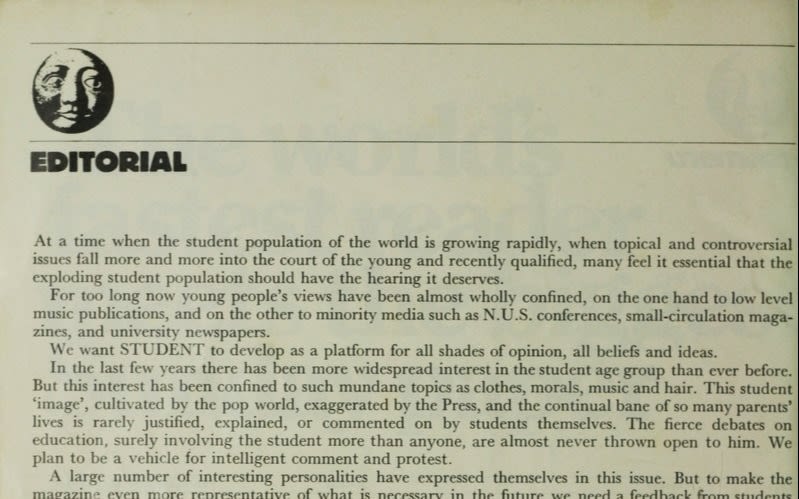 At a time when the student population of the world is growing rapidly, when controversial issues fall more and more into the court of the young and recently qualified, many feel it essential that the exploding student population should have the hearing it deserves.

For too long now young people’s views have been almost wholly confined, on the one hand to low level music publications, and on the other to minority media such as N.U.S. conferences, small-circulation magazines, and university newspapers. We want Student to develop as a platform for all shades of opinion, all beliefs and ideas.

In the last few years there has been more widespread interest in the student age group than ever before. But this interest has been confined to such mundane topics as clothes, morals, music and hair. This student ‘image’, cultivated by the pop world, exaggerated by the Press, and the continual bane of so many parents’ lives is rarely justified, explained or commented on by students themselves.

Putting this first number together was a wild, blind random operation, aiming off in every direction hoping that some bullets would hit. We felt that this original drawing, kindly given to us by John Piper, somehow represented our general state. With an initial print order aimed at being read by half a million people, being distributed throughout every senior school, university, and college of further education in the country, and with top-quality contributors, we hope to prove that Student is capable of filling the gaping hold of student publications. 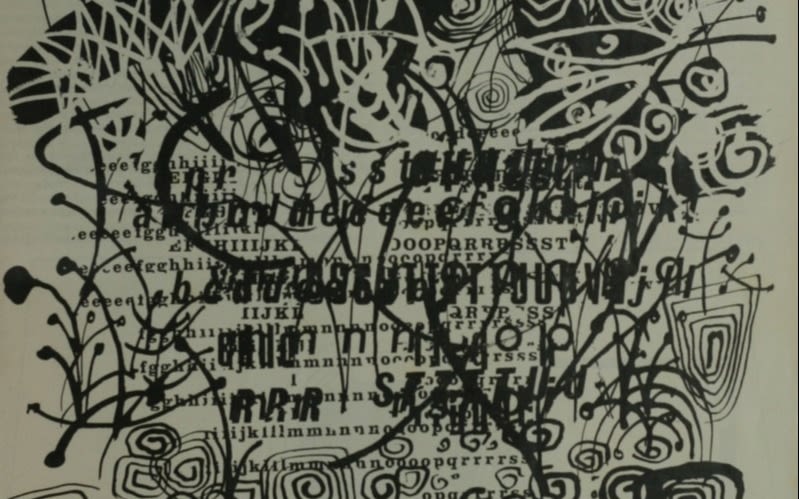 As you can see, we had lofty ambitions, and I still have them now. A platform for all shades of opinion, all beliefs and ideas? That sounds a good idea to me.