The story of the Carbon War Room

Together with a group of like-minded entrepreneurs, Virgin Unite founded the Carbon War Room in 2009, with a mission to stimulate business-led market interventions that advance a low-carbon economy.

We started when the clean energy revolution was still thought of by many to be a dream. But we knew we had to do something.

At the end of 2009, the Copenhagen Climate Summit did not succeed in engaging world governments as much as many had hoped, so we felt we needed a ‘war room’ on climate – with entrepreneurs at the centre, calling the shots. As Carbon War Room former-President José María Figueres said: “There is no Planet B.” 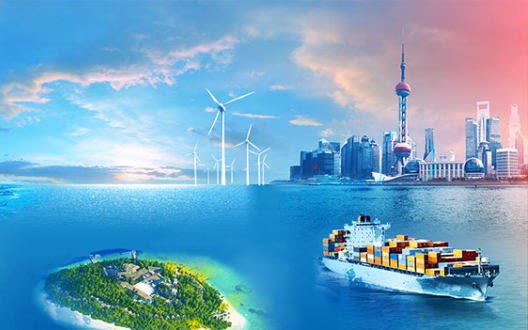 We saw barriers in different markets that were preventing great changes in the way industries did their business. From a lack of good market information for sustainable aviation fuels; demand for low-carbon solutions in shipping; and access to capital for energy efficiency. Many markets needed help to see carbon reduction as a great strategic opportunity.

Between 2009 and 2014, the Carbon War Room made some remarkable progress: 20 per cent of the world’s cargo now travel on more efficient vessels; Caribbean islands are integrating renewable energy into their grids; and the North American trucking fleets have adopted fuel efficiency technologies, saving CO2 emissions and dollars.

In 2014, the Carbon War Room merged with the Rocky Mountain Institute, and now operates as a business unit. The rationale was simple but effective: two non-profit foundations tackling the same challenges became one, making better use of philanthropic dollar.

Rocky Mountain Institute co-founder and chief scientist, Amory Lovins is a true visionary. He and the team have been laying a pathway for the clean energy revolution for more than 30 years. 40 years ago, in Foreign Affairs magazine, Amory suggested for the first time that the optimal path for the US was one of renewables and energy efficiency – not oil and gas. In the decades since, industries and governments around the world have taken up many of his insights into how the energy revolution could unfold.

The work of Rocky Mountain Institute-Carbon War Room is needed now more than ever. The Paris Climate Summit was a great success. Countries are now setting out their updated plans to cut carbon emissions deeply enough to keep temperature rise below 2 degrees C. The agreement also pointed out the planetary target to keep average warming below 1.5 degrees C. But the commitments as they are today are not yet enough to limit global warming to an acceptable level. Rocky Mountain Institute–Carbon War Room are working hard to fill the gap left by the Paris Agreement. They’re engaging with countries and industries to get more renewables and energy efficiency deployed at global scale; helping feed into the collective goal of getting to net-zero emissions, and hopefully beyond, in the coming decades.