I'm often asked if a business plan is necessary when setting up a new venture. In my new autobiography, Finding My Virginity, I share how some of the best ideas have come to me scribbled on the back of napkins and beer mats. Here's an exclusive excerpt:

The best ideas don’t always need to have detailed financial projections and complicated business proposals behind them. Sometimes they come fully formed on the back of a beer mat. One such idea was the spark that led to the fastest growing Virgin company of all time: Virgin Blue.

The beer mats in question had been scribbled on by Brett Godfrey, who at the time was the chief financial officer for Virgin Express, our European carrier. I’ve always loved finding talent from within the Virgin family and encouraging people to challenge themselves in new companies within the Group – Brett was a great example. I’d first spotted his potential when he wrote an excellent note to a group of new starters. I began following his progress closely, and saw how he dealt with people in a personable manner and got the best out of them. He was someone who understood the little details of the airline industry that make all the difference; he knew management had to be accessible and visible, so would often get out and about, even rolling his sleeves up with the baggage handlers to heave bags and hear their issues from the frontline. So when the Virgin Express CEO position came up, I thought he was the man to fill the role. 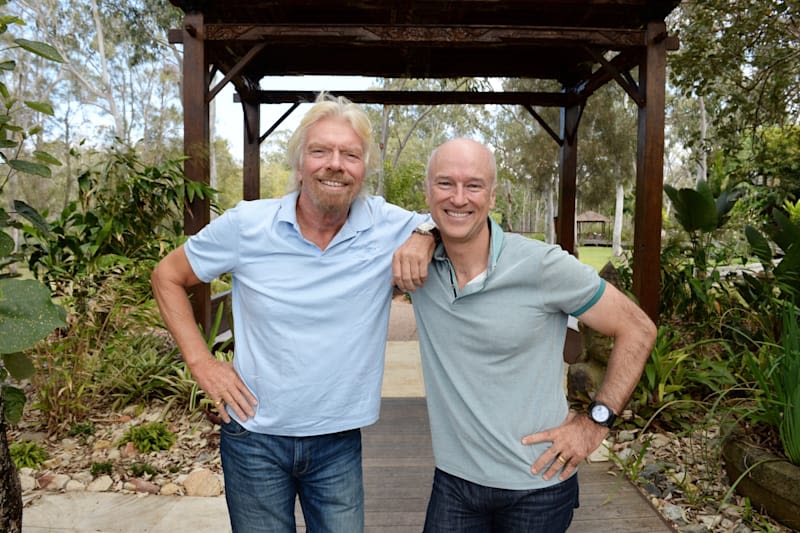 When I called him up from Oxford one Thursday night to offer him the job, however, he turned me down flat.

‘I really appreciate the offer,’ he explained, ‘but I’ve got two young kids now, and my wife and I have decided to move back to Australia.’

I was disappointed, but accepted his reasoning. ‘I always respect a person who puts family first,’ I told him. Wishing him all the best, I added: ‘If you want to do anything in Australia, let me know and we’ll see what we can do.’

There was a pause. ‘Funny you should say that,’ he replied. ‘I’ve had an idea for a few years now that I’d love you to hear.’

I always like someone ready to seize their chance. ‘OK,’ I said. ‘What is it?’

‘Hold on,’ I heard a muffled sound on the phone as Brett scrambled around for his notes. ‘I’ve got the idea on the back of some beer mats …’

Brett began telling me his plan for a low-cost airline in Australia. As the son of a Qantas employee, he knew the ins and outs of the Australian aviation market. He described how he’d sat down for a few pints with another airline expert, Rob Sherrard, who had launched Sherrard Aviation and also given Brett his first job as an accountant. They talked about the rise of low-cost carriers in Europe and the US, and pondered how this model could be translated to the Australian market. At the time, the public were being ripped off thanks to a lack of competition. Qantas was not being challenged by Ansett and had no incentive to improve their service or lower their prices. As flying is the only way to get around most of Australia’s vast landscape, Qantas knew they had a captive audience. Brett and Rob’s beer-mat proposal was to find a way to set them free.

‘Well, why don’t you put a more detailed plan together? I’m happy to have a look at it,’ I said.

Brett’s plan was delivered to my door the next morning. I’ve always liked people who move fast too.

You can order Finding My Virginity now and if you feel inspired, I'd love you to share your ideas that you've brought to life on social.