How did one of the most infamous parties of all time happen? It started with a memo. I’ve dug into the archive and found a note that explains the ‘planning’ that went into The Sex Pistols party down the River Thames.

It was June 7th 1977, and the Queen was getting ready to celebrate the silver jubilee. Virgin Records had signed The Sex Pistols, who were busy causing Anarchy in the UK and making a name for our record label in the process. Now we prepared to gate-crash the royal celebrations with an instant punk classic – God Save The Queen.

We would sail a boat along the Thames from Westminster to Tower Bridge, stopping under each bridge to “play a cassette of National Anthem and follow by the band live”. As the memo states, the total budget was £1500 (£750 from Virgin), the boat cost £500 and 175 people would attend. We expected to have a fun ride down the river, create a few headlines and enjoy the music – but things escalated fast.

We were wary of the authorities cancelling the boat before it left the dock (“No advertising as the boat will be cancelled if wrong people informed”) but we got the proper licence. Malcolm McClaren, the larger-than-life manager of The Sex Pistols, was charged with providing the PA system. Security was light – “Dave and Kevin (+ mates)” - while I have no idea whether the “Fireworks at each bridge to be provided by rocket man.” worked out. I can neither confirm nor deny that the rocket man in question was Elton John. 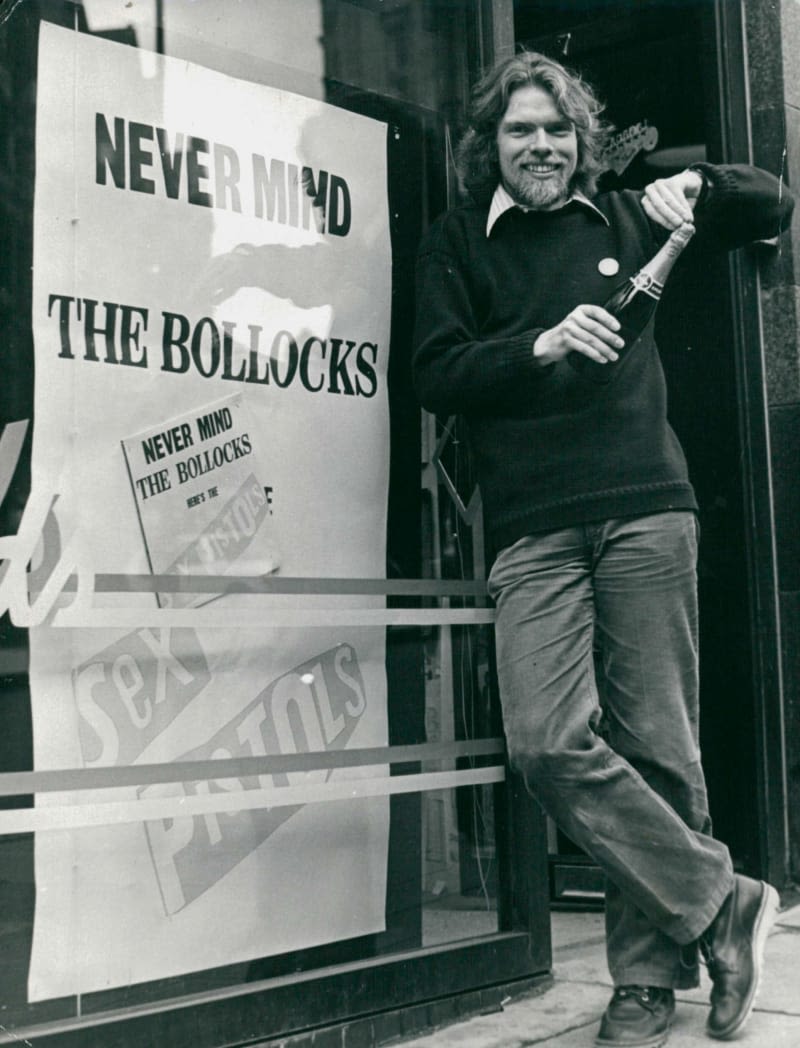 To be honest, it wasn’t that great a party. The Sex Pistols played, we enjoyed some food (here’s me enjoying my “£3 per head” dinner and the director Julian Temple was there to film it all. But then the police arrived, completely miscalculated the situation and decided to raid the boat. I argued with them as they boarded the boat. “Have you got a contract?” the police asked me. “Yes I have got the written contract. The reason you are here is because it’s the Sex Pistols and you want the Sex Pistols to be no interest in this event tonight.”

The police caused absolute chaos. The Sex Pistols manager Malcolm McLaren had some cheeky words for them, and about 10 policemen promptly responded by beating him up and arresting him. It was a huge overreaction by the police, but it certainly did the reputation of The Sex Pistols and Virgin no harm at all. God Save The Queen sales went through the roof and the band’s place in rock ‘n’ roll history was confirmed.

Years later when I got knighted I did wonder whether the royal sword would be used to chop my head off rather than tap me on the shoulder. Thankfully the Queen has been good enough to have forgiven me. Now God Save The Queen is so woven into the fabric of British society that it was even used four years ago in the Olympic Opening Ceremony to soundtrack the journey down the Thames to the stadium. All from a little boat party that cost us £750.