Rod Laver and the Necker Cup

As the world’s best tennis players compete in Rod Laver Arena, I can’t help thinking back to Rod’s visit to the Necker Cup recently.

11 Major singles titles, 200 singles titles, five Davis Cups and the only player to twice achieve a Grand Slam - Rod can certainly stake a claim to being the greatest tennis player ever. He’s also one of the nicest. It was an utter delight having him around for the Necker Cup and the Necker Open, spending time together and learning more about his fascinating life on and off the court.

We also enjoyed some putts on the greens, as he displayed his excellent golf game. He explained how he has taken to golf in later life as a great way to stay fit and healthy. Rod’s example is a brilliant one for anybody to follow who is looking to boost their wellbeing. Find a way to get active that you genuinely enjoy and try to schedule it into your daily life. 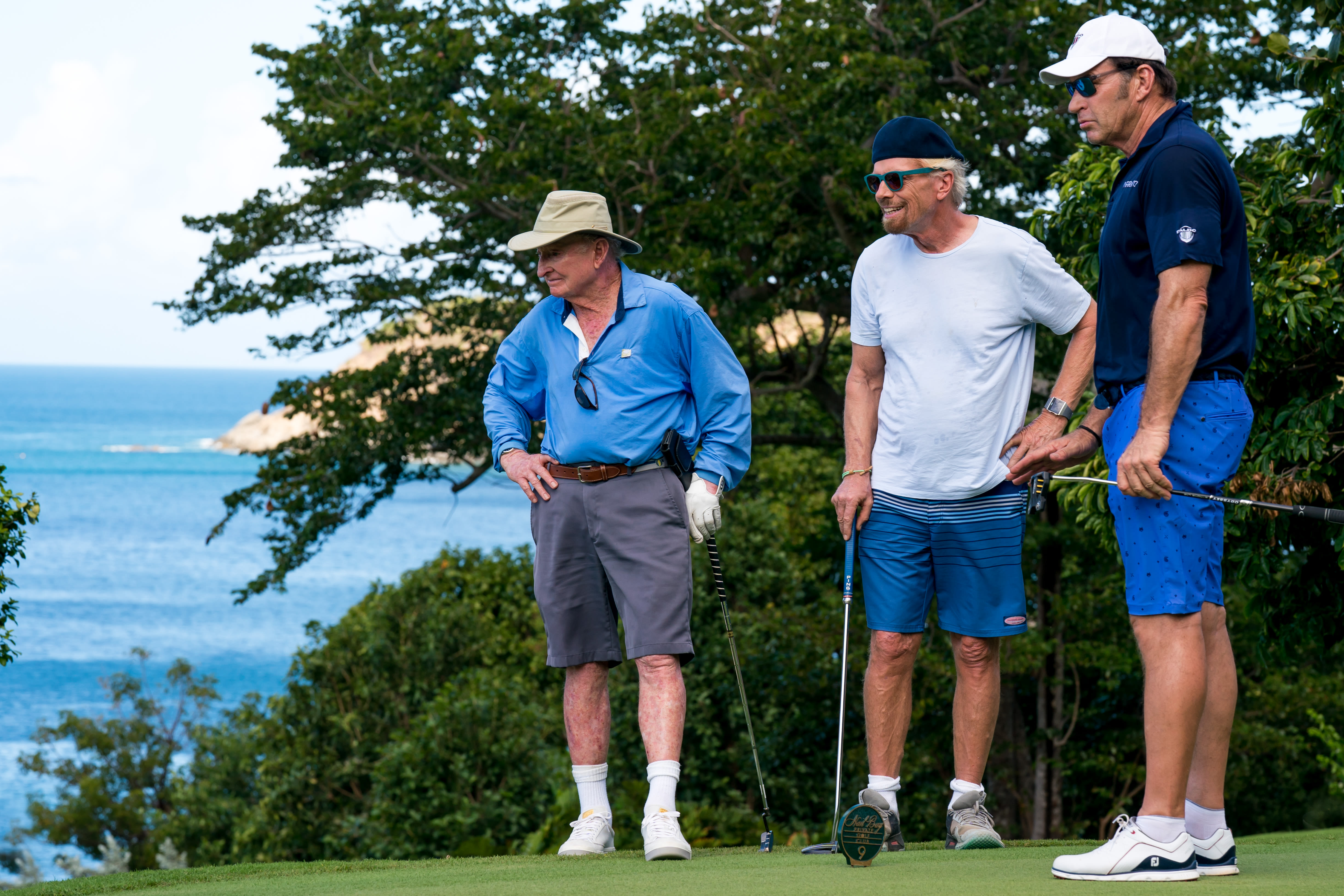 It’s definitely working for Rod, as he was full of energy and no little talent on the course – my own short game was no match for his (let alone for Nick Faldo and the other pros!)

What a thrill for us amateur players to play tennis in front of the master’s watchful eye. I’m sure the pros, from Jack Sock to Sabine Lisicki, would be able to learn from Rod’s approach to sport and life as well.

It’s no surprise that the top players all turn out for the Laver Cup too.

We’ve been so spoilt having legends like Bjorn Borg, Novak Djokovic, Martina Navratilova and Rafael Nadal play at the Necker Cup, and 2019 was no exception. Rod was also on hand as we raised funds for good causes at the Necker Cup - with more than $3 million going to charities including Virgin Unite and the National Tennis Foundation so far.

As a huge tennis fan, I hope for more incredible matches in Rod Laver Arena in the coming weeks, and I hope Rod has the best seat in the house to cheer the players on.