It was a huge honour to be able to invite President Barack and Michelle Obama down to the British Virgin Islands for a complete break after Barack finished his second term as President and the family left the White House.

One of the first stories Barack told me when he and Michelle arrived on Moskito Island was how, just before he became President, he had been surfing on a dangerous break in Hawaii. When he came in from an exhilarating session, the new head of his security team turned to him and said: “This will be the last time you surf for eight years.” For the next eight years he didn’t have the chance to surf, enjoy watersports or do many of the things he loved.

So it was tremendous to offer him the chance to learn to kitesurf. The sport has really taken off in the past decade and we have the perfect conditions and team to help anyone learn. I have also wanted to learn foilboard surfing. So we decided to set up a friendly challenge: could Barack learn to kitesurf before I learned to foilboard? We agreed to have a final day battle to see who could stay up the longest. 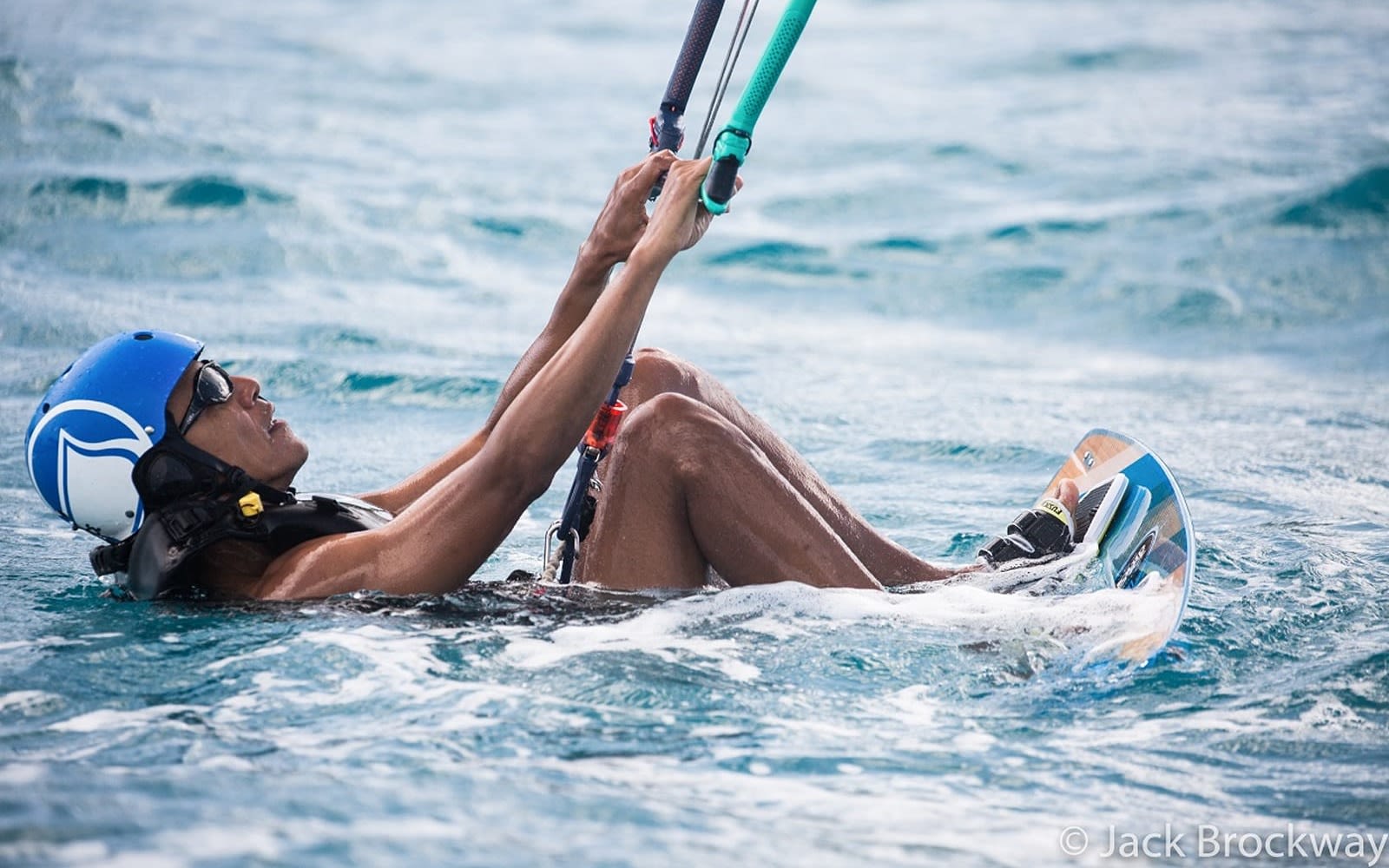 Barack started learning to kitesurf on the beach on Necker for two days solid, picking up the basics and flying a kite as if going back to being a child again. Then he went into the water, standing up and getting a feel for the kite. Finally, he put the board at his feet and gave it a go. Being the former president of America, there was lots of security around, but Barack was able to really relax and get into it. 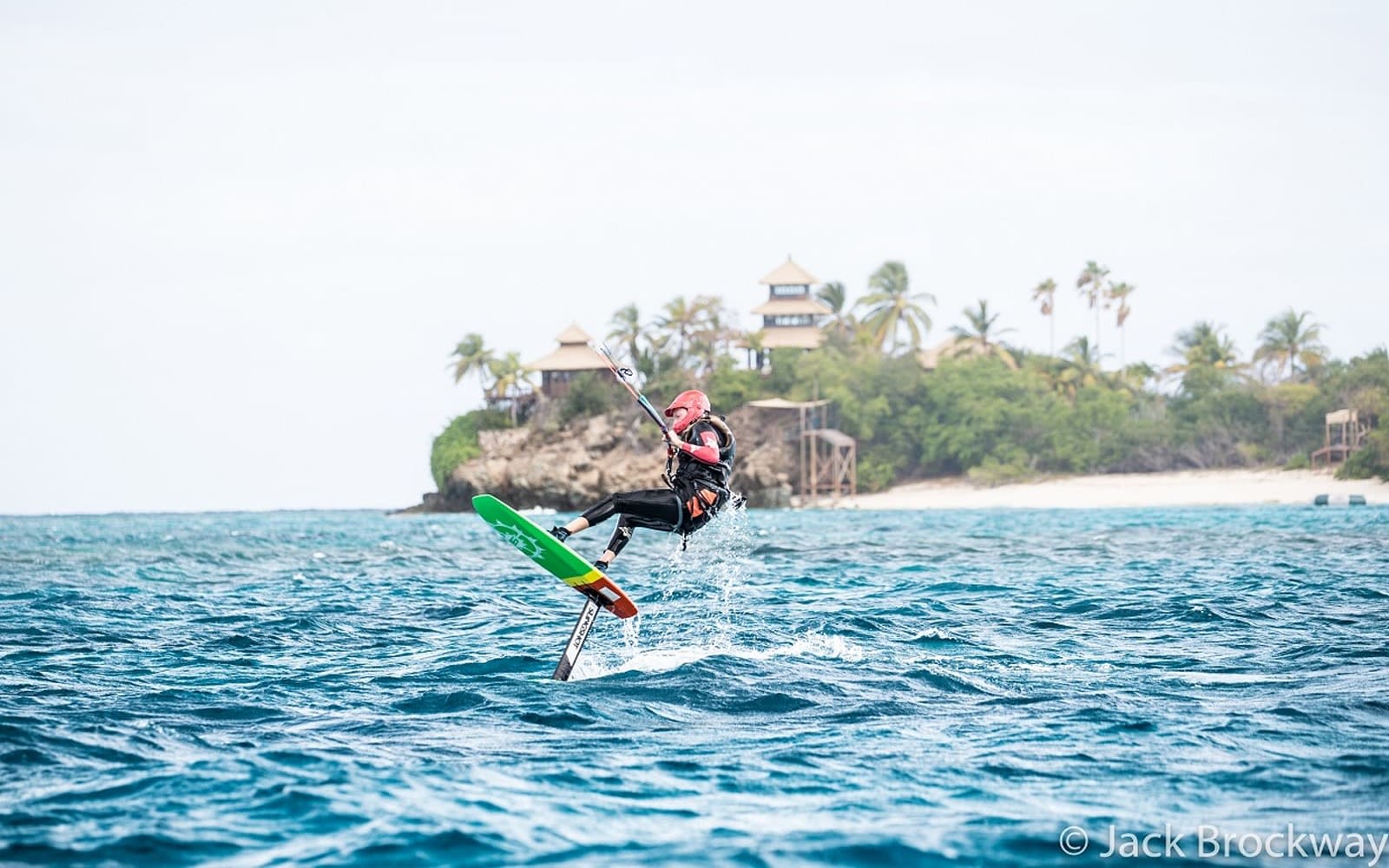 On the next stretch of water, I soon learned that foilboarding, even if you can kitesurf, is a completely new sport. You come shooting out of the water, crashing down at high speed, and very much need a helmet and body armour for safety. But I slowly got the hang of it. 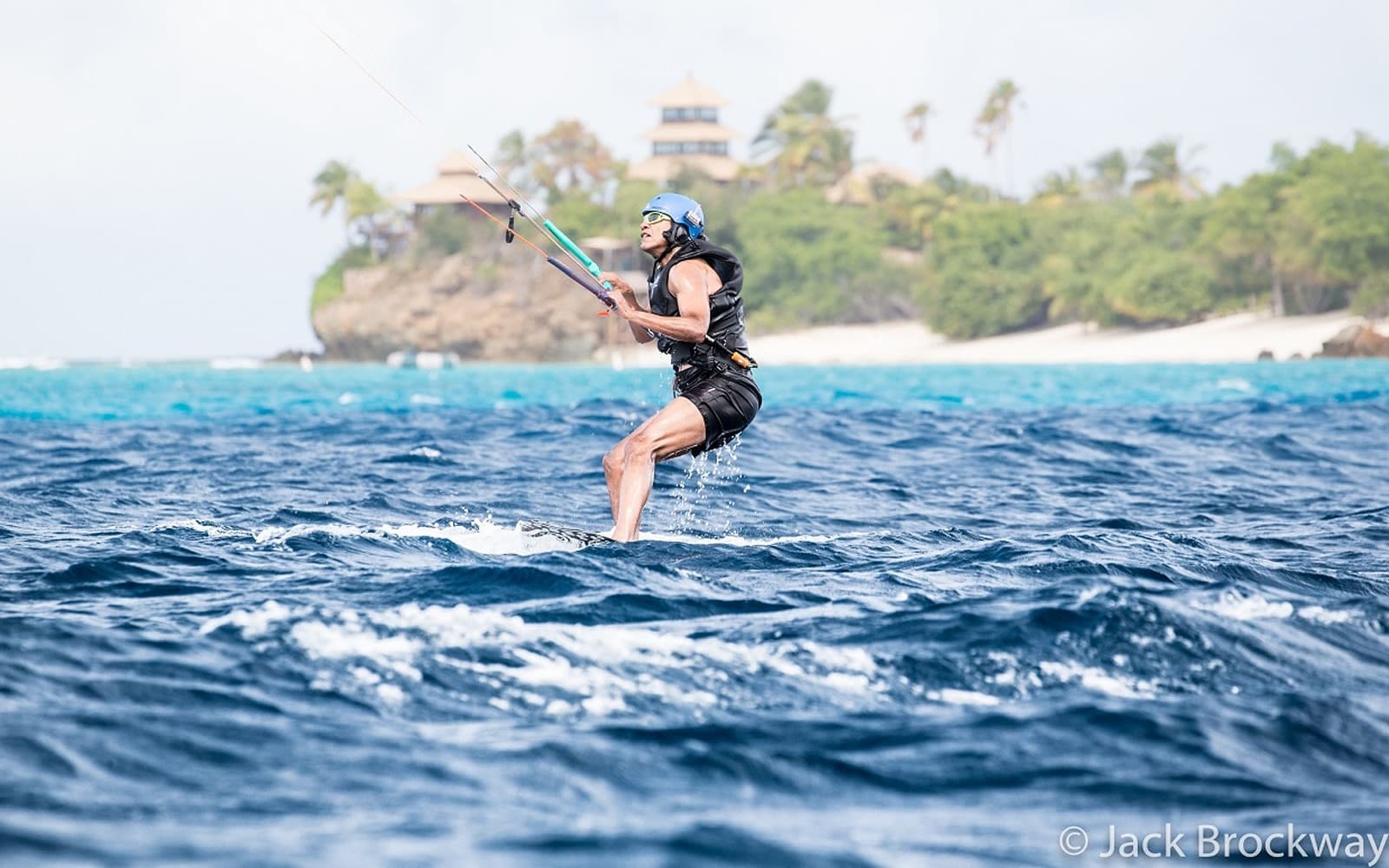 As you can see in the video, Barack and I both fell many times, but we kept trying again and again and made progress over the days. We were neck and neck until the last run on the last day, when I got up on the foilboard and screamed along for over 50 metres, three feet above the water. I was feeling very pleased with myself, only to look over and see Barack go 100 metres on his kiteboard! I had to doff my cap to him and celebrate his victory. 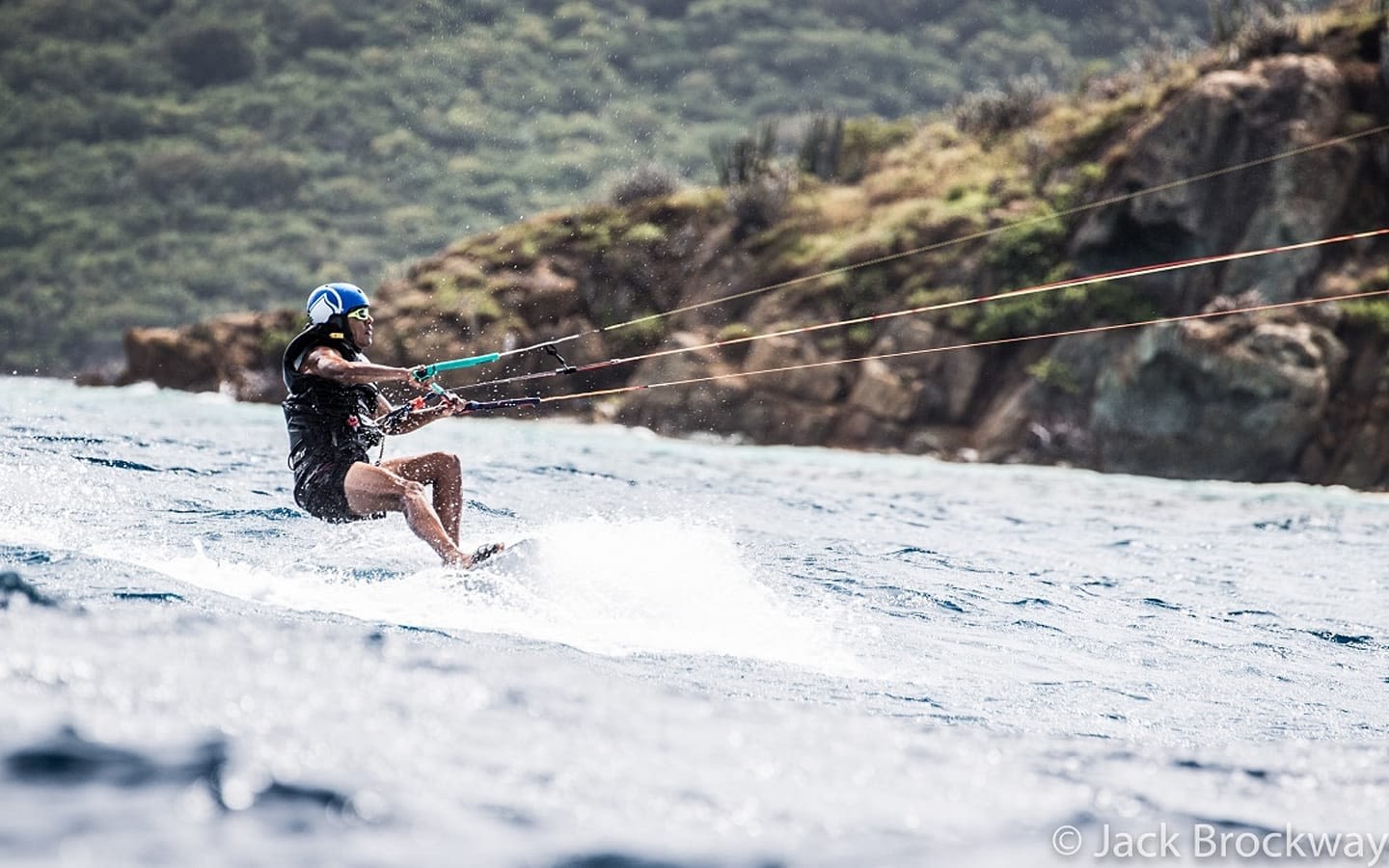 After all he has done for the world, I couldn’t begrudge him his well-deserved win. Now he has left, I’m going back into the water to practice for the next challenge. On his next visit, we plan to do the long kite over to Anegada together. Next time, may the best (British) man win! 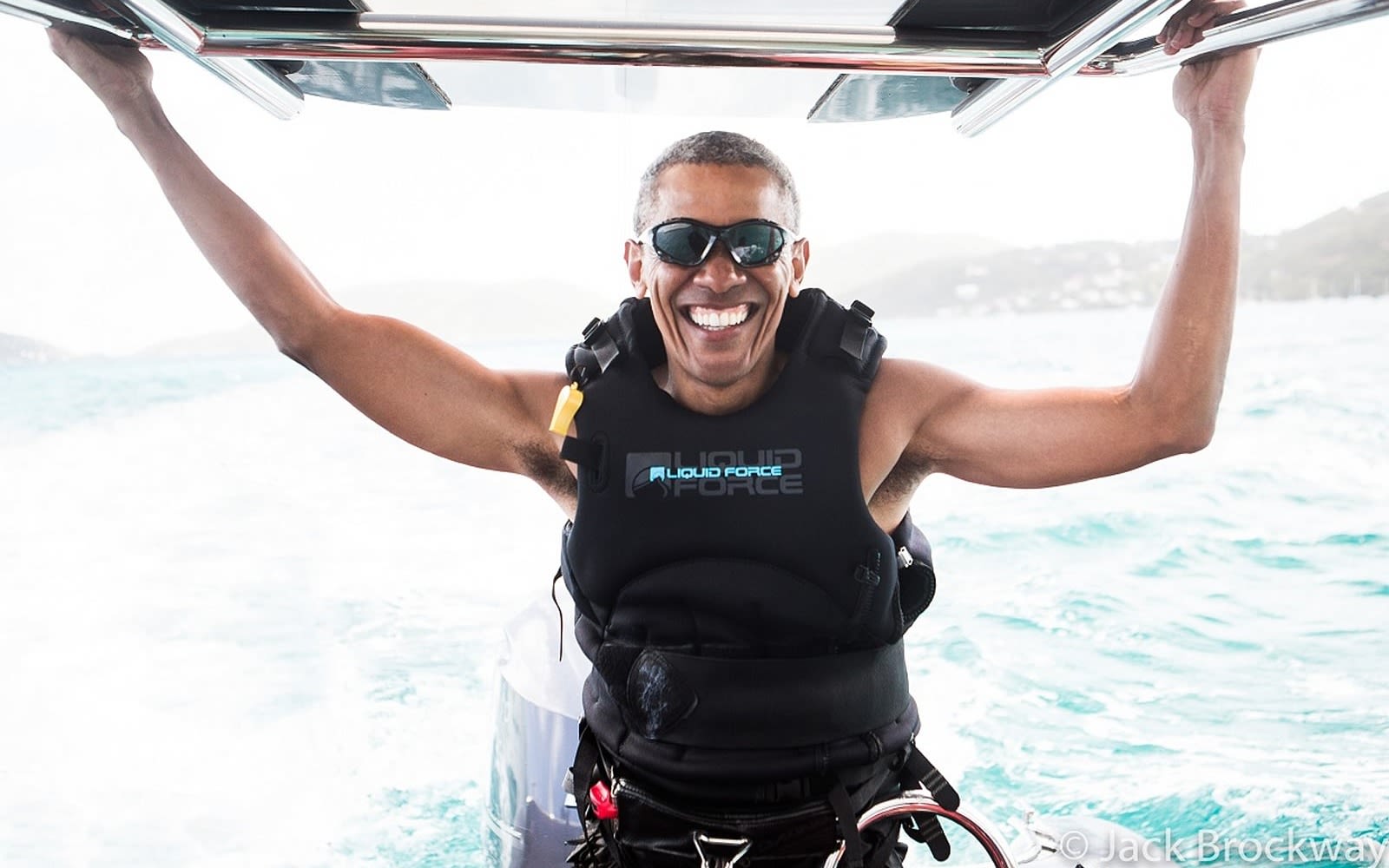