Try to imagine being told that your life will end in a matter of weeks, at a precise day and time, following a merciless protocol including round-the-clock surveillance and frequent searches. Now imagine having gone through this terrifying routine three times already.

Even though you are innocent. And the world knows it.

A few weeks from now, that’s exactly what will happen to Richard Glossip. For the fourth time, he will be transferred to what is called “death watch” at Oklahoma State Penitentiary in McAlester, site of the state’s death row. If the State of Oklahoma gets its way, Richard will die in the death chamber on September 22, strapped to a gurney as a fatal cocktail of drugs is pumped into his veins. Sign this petition to tell Oklahoma Attorney General John O’Connor and Governor Kevin Stitt to support a new hearing in the case. 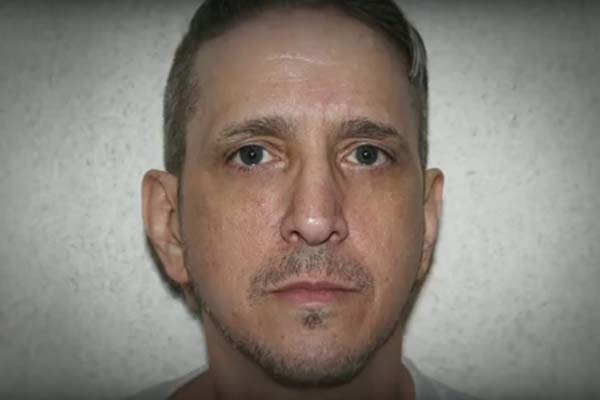 As abhorrent as every execution is, Richard’s case is a particularly egregious example of why America’s death penalty is broken beyond repair: By all indications, he is innocent of the crime he has been convicted of. There is no evidence linking him to the 1997 murder of his employer, Barry van Treese, other than the testimony of the actual killer, who is serving a life sentence.

I’ve been following Richard Glossip’s case for more than seven years now, ever since he was last scheduled for execution. In September 2015, he came within minutes of being killed, only to win a last-minute reprieve when those overseeing the execution realised that they had procured the wrong drug cocktail. It is impossible to imagine the anguish Richard must have felt, waiting once again to be led to his death knowing that he had not committed any crime. Shortly after, I had the opportunity to speak to him on the phone for several hours, and our conversation convinced me of his innocence. More than ever before, and especially in light of new evidence, I think it would be a horrific miscarriage of justice if Richard’s execution were to go ahead.

It is thanks to the efforts of his intrepid attorney, Don Knight, that Richard hasn’t fallen victim to Oklahoma’s relentless machinery of death, a system so bent on executing people that it has now taken the unprecedented step of scheduling 25 executions over the course of the next two few years. Richard’s execution, if it goes ahead, would certainly not be the only one with credible innocence claims or other issues that should be grounds for a deeper review by the courts.

In June, I was heartened to see a bipartisan group of Oklahoma lawmakers, including many who support the death penalty, step forward and express serious doubts about Richard’s case. They commissioned Reed Smith, a global law firm, to conduct an independent investigation into the details of his trials and his conviction. Their 343-page report is a must-read case study for anyone trying to understand how time and again, in Oklahoma and elsewhere, innocent people end up trapped in a vicious cycle that leaves little room for recourse to prove their innocence when prosecutorial zeal and shoddy police investigations work against them. According to the report’s investigative team:

There exists no physical forensic evidence or credible corroborating testimony linking Glossip to the crime, our conclusion is that no reasonable juror hearing the complete record would have convicted Richard Glossip of first-degree murder.

Richard’s legal team has filed an application for a hearing with Oklahoma’s Court of Criminal Appeals, and he will also have a chance to state his case in a clemency hearing with the state’s Board of Parole. I hope that sense prevails. No matter where you stand on the death penalty, the good people of Oklahoma must not allow an innocent man to be put to death in their name. It would be a stain on the reputation of Oklahoma and its commitment to fairness, justice, and the rule of law.

Sign this petition to help save Richard Glossip now.

Letter to The Honorable Kevin Stitt, Governor of Oklahoma