Until very recently, the Kodiak Queen was just another abandoned ship rusting away in a harbour in Tortola in the British Virgin Islands. But this wasn’t just any ship – it was a decorated World War II ship, just one of a handful of boats that survived the attack on Pearl Harbour in 1941.

It seemed tragic that such a piece of history was being allowed to just waste away. Owen Buggy, who is a ship engineer and photographer, came to me with an idea to rescue the ship and asked if there was anything we could do.

In 2016, Unite BVI were invited to pitch a project to Maverick1000 - an entrepreneurial group who meet every year on Necker. They came up with some great ideas and worked together to revive her majesty and turn her into an underwater art installation, a recreational dive site and a marine life habitat.

In 2017, filmmaker Rob Sorrenti documented the transformation of the Kodiak Queen and made an exceptional film, narrated by Kate Winslet, which recently won the Green Planet Award at the Rhode Island International Film Festival. The documentary tells a fascinating story of how the ship was saved, sunk and an artificial reef created.

You can watch the trailer and see the full film free over on his website.

We’re also really excited to be showing it on Virgin Media until the end of the year, while the documentary continues its worldwide festival tour.

The story behind the ship is truly remarkable. The Kodiak Queen started off life as a military oil tanker named YO44. During the Pearl Harbour attack, it was filled with aviation fuel – a bomb waiting to go off. Somehow, she survived and was sent to work as a crabbing trawler in Alaska. It was here, working around the Kodiak Island, that she got her name as the Kodiak Queen. She later went to work in the British Virgin Islands, but after Hurricane Earl hit in 2010, she was left abandoned until we found her.

Before Hurricane Irma, I had the pleasure of diving around the Kodiak Queen just after she was sunk. It was such a  unique diving experience and I felt overwhelmed by the vastness of the ship. I can’t wait to get back in and dive around the site and see it covered with coral and teeming with life. 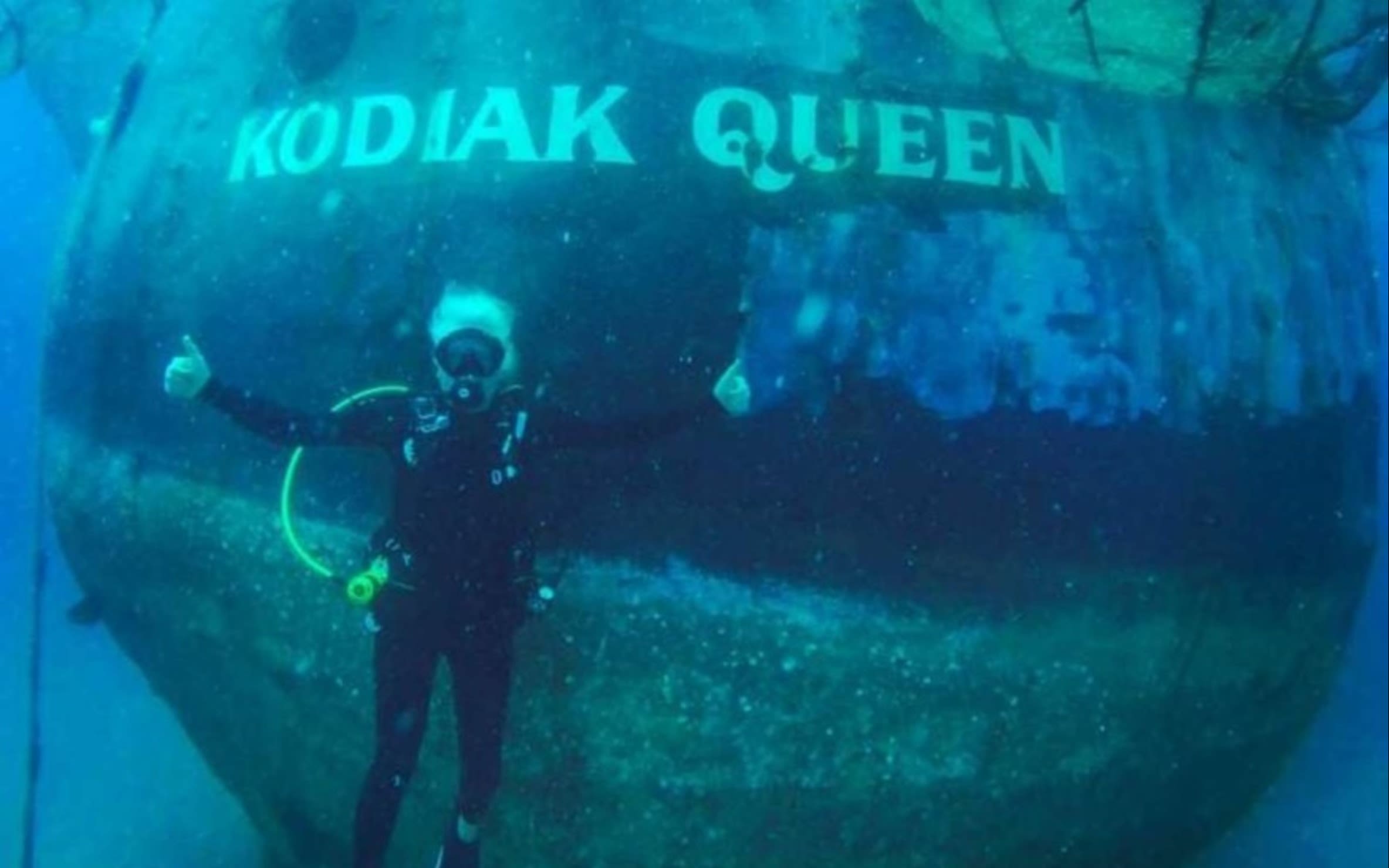 Coral reefs are home to around a quarter of ocean life. However, reefs around the world are dying as climate change, warming oceans and plastic pollution take their toll. It’s important we all do what we can to safeguard the ocean.

The project has been such a stunning way to combine ocean conservation and art. It has preserved a piece of history and turned it into something that benefits the local community and the environment.

I’m passionate about protecting the ocean, both as part of the Ocean Elders and through Ocean Unite, which Virgin Unite started to create partnerships that benefit the ocean. Anyone can be an ocean ally, in fact our motto is “The Ocean is Everybody’s Business”.  Head over to Ocean Unite to find out more about what you can do to get involved.

Over the next six months, the project revealed itself to be about something much bigger. 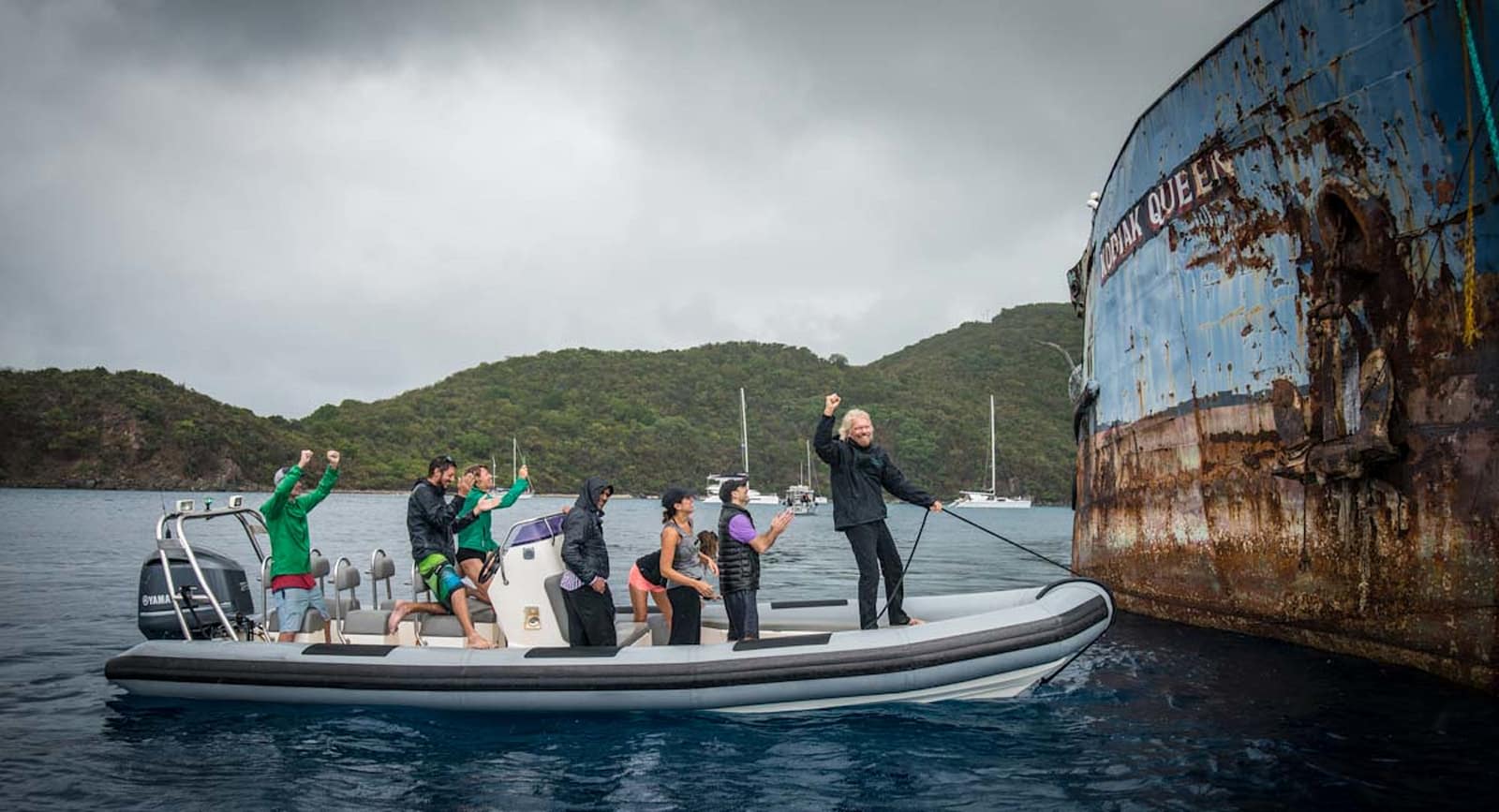 On September 6th 2017, Hurricane Irma released its ferocious power across the Caribbean and Florida Keys. Irma left behind a trail of unimaginable destruction, devastating the lives of thousands of people.

The documentary depicts nature’s power, and its ability to both destroy and survive. Striking shots show the damage that Hurricane Irma wreaked on much of the Kodiak Queen art installation. Yet her purpose lives on as a platform for climate change, reef protection and inspiring a local community to be the next generation of ocean conservationists

Proceeds from the documentary benefit Unite BVI, which is currently focused on supporting projects helping the islands recover.