Back in October 2011, I was fortunate to meet President Mikhail Gorbachev, who recently passed away. Here's an abridged version of my reflections from back then upon meeting the man whose bold political and economic reforms helped bring down the Iron Curtain and end the Cold War. It was a privilege for my daughter Holly, Fred and myself to sit with President Gorbachev in Canada for a dinner with him and his daughter Irina. This was the man who, together with Ronald Reagan, brought an end to the Cold War and who made it possible for our kids to live in a world without an imminent threat of nuclear war. 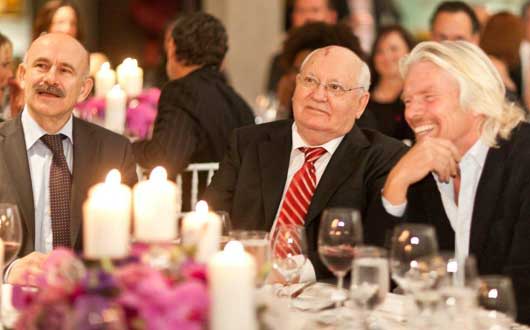 His biggest concern today was his daughter's smoking habit. "She just won't stop. Smokes like a chimney. I couldn't bear to lose her." He had lost his lovely wife Raisa 12 years ago and now at 80-years-old says he needs his family more than ever.

It is interesting having a conversation with President Gorbachev. He doesn't speak a word of English, but he has had the same delightful man with him for 30 years who acts as his translator. The translator does it so beautifully you forget you are not actually listening to President Gorbachev. He speaks at exactly the same time as the President. I can imagine the day someone makes a film called The Translator based on his life and all the fascinating things he has seen. From the break-up of the Soviet Union to the end of the Cold War and the fall of the Berlin Wall.

Holly and Fred got a first-hand history from the President.

I was a student once like you, who dismantled the legacy of Stalinism. As a student I did an essay entitled 'Stalin is our military glory'. I chose it, did it, got high marks for it, and was actually very sincere about it when I did it. In 1949 I was elected Head of the local Communist Party. As a camaraderie joke, they literally pulled the chair out from under me over a celebratory dinner that night. So, if you fall down Holly, pick yourself up and try again!

He went on: "My entire career – both victories and defeats - was in the Communist Party. I changed my political ideals over time, but still regard myself as a Social Democrat. It was only later when I learned more that I involved to fight Stalinism, involved to fight Totalitarianism. To move towards freedom and democracy.

"Interestingly, when I decided to unify Germany by pulling down the Berlin Wall your Prime Minister Margaret Thatcher was very worried. French President François Mitterrand was also very worried. They were worried about Germany getting too powerful again. François Mitterrand said to me: 'We love the Germans so much we'd like to have two Germanys!’ It was not easy to resolve the German problem but we finally succeeded and President Bush and I signed an agreement saying effectively that the Cold War was over.

Holly, it's worth you studying and learning all the issues of that time. Now we need to think about the kind of future we'd like to build. What is your vision of the world of the future? No one can predict the future with some kind of mathematical prediction. What we can say is the prerequisites and obstacles towards the world future. We are only beginning to live in a global world.

He then said: "The environment is the world’s number one problem, but we still live in a world of conflicts and wars in which, for many, there is not enough food and water. We have to confront these issues. This is your world to build and create Holly. You have your life in front of you. You don't have the burden of old thinking of the past. Remember politics and policies determine the course of events. Bad policies or good policies determine whether the course is positive or bad." 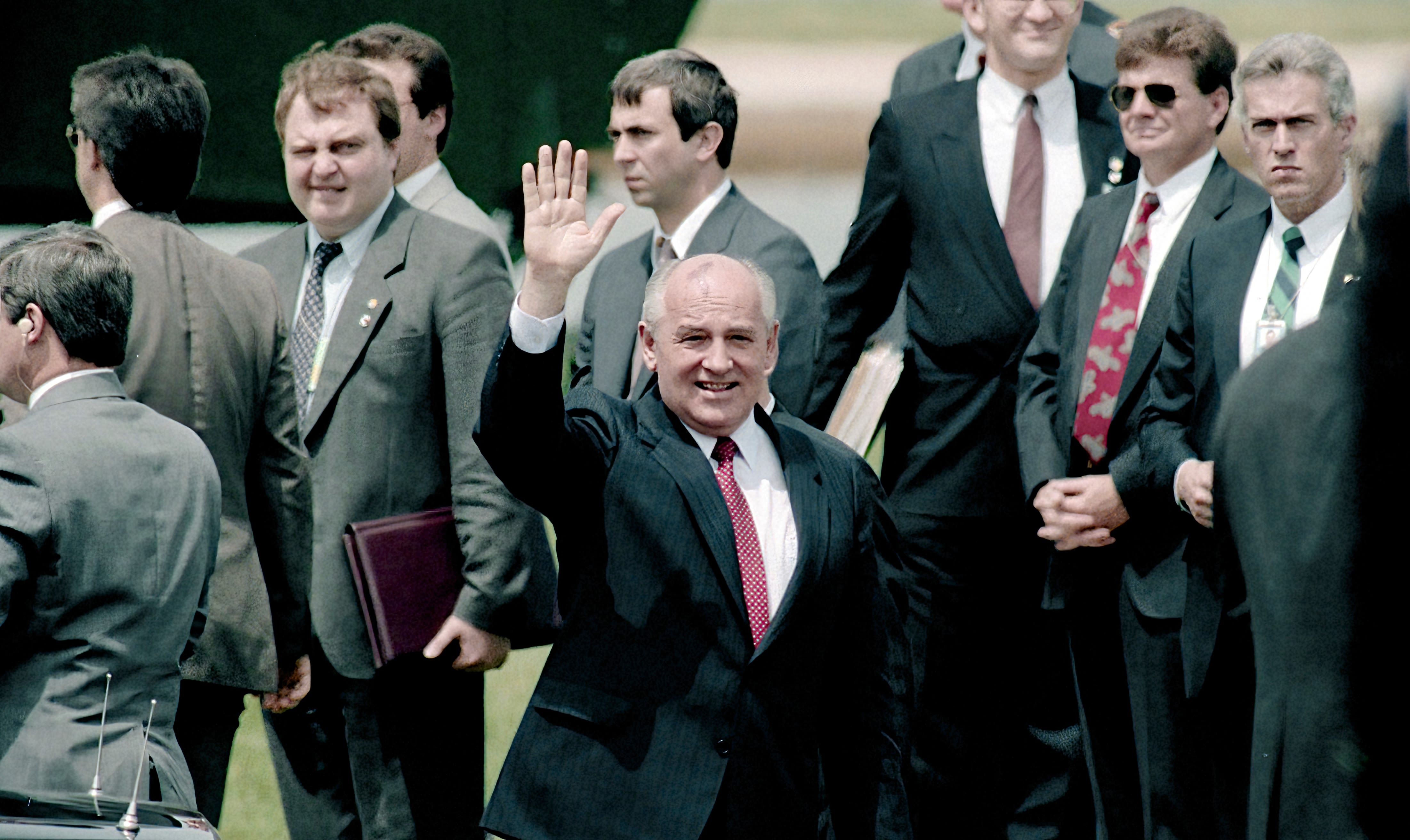 At the end of the dinner, he leant across and held my hands. "When I had my 80th birthday I made an appointment with all my friends to come to my 90th birthday, and I would like you to be there. Richard, now that we're such good friends, I'd like us to be on a first name basis."

I looked in his eyes, but the only name that could come to me was – Gorbachev!