A new chapter for whales and dolphins in tourism

Today, Virgin Holidays announced that it will end the sales and promotion of tourism attractions that involve captive cetaceans, such as whales and dolphins.

For all of us at Virgin, the announcement marks the most significant milestone yet on a five-year journey to drive positive change in the tourism industry. In 2014, we announced The Virgin Pledge, a commitment that Virgin businesses will only continue to work with suppliers that don’t take sea cetaceans from the wild. The Pledge was the result of extensive conversations with activists and advocates, scientists, tourism operators, and many organisations running marine parks and aquaria. We knew then it was going to be the first step in a long journey to end the use of captive cetaceans for human entertainment.

In 2017, Virgin Holidays took the next step and announced that it would not add any new attractions featuring captive whales and dolphins to its portfolio and would encourage existing facilities to adopt recognised standards in animal welfare, and actively support alternatives to captive experiences. We felt strongly this was the right thing to do and we knew most of our customers supported it, too. Many no longer consider whale and dolphin shows and ‘swim withs’ to be appropriate, and most would rather enjoy these magnificent creatures in their natural environment.

In 2017, an important challenge remained: what to do with the thousands of whales and dolphins held by marine parks and aquaria around the world. Many of them were born in captivity and have never spent a day of their lives in open water. A sudden shutdown of facilities without clear strategy could spell doom for these amazing animals. Active engagement that supports long-term business transformation away from captive entertainment seems the much better option. 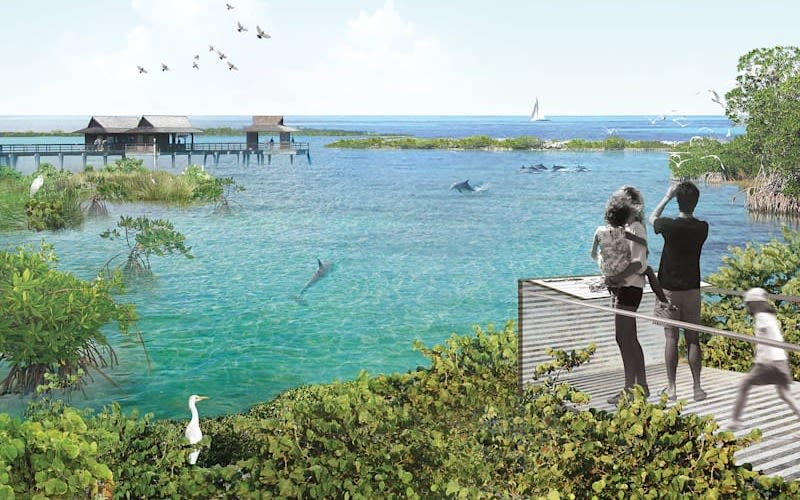 Based on this vision, in 2017 Virgin Holidays agreed to support the pioneering dolphin sanctuary project of the National Aquarium in Baltimore, an ambitious plan to relocate their captive population of bottlenose dolphins to a much larger, more natural coastal sanctuary, which is set to open in 2021. Others, like the Whale Sanctuary Project, have also been making fantastic progress, and I feel strongly now that sanctuaries are the best solution to improve the situation of current captive populations, while changing the way tourists interact with whales and dolphins for good. Today’s announcement thus comes at the right time and will hopefully give a fresh boost to these efforts.

But Virgin Holidays isn’t done yet. Part of the team’s work is an active partnership with the World Cetacean Alliance to support its new Guidelines for Responsible Whale and Dolphin Watching with a series of global workshops for local boat tour operators. Ultimately, Virgin Holidays plans to offer customers a world class, wild whale and dolphin tour portfolio meeting the highest ethical standards for the animals while creating a richer animal encounter experience for customers. I will certainly sign up for that.