Such a wonderful week at the annual Necker Cup tennis tournament. We’ve been hosting the tournament on Necker for 11 years now, bringing together pros, legends and amateurs all together to play some fantastic tennis and raise funds for important causes. This year, over $900,000 was raised for Virgin Unite, the National Tennis Foundation and the Inspiring Children Foundation - supporting its efforts to transform the lives of underprivileged young people. 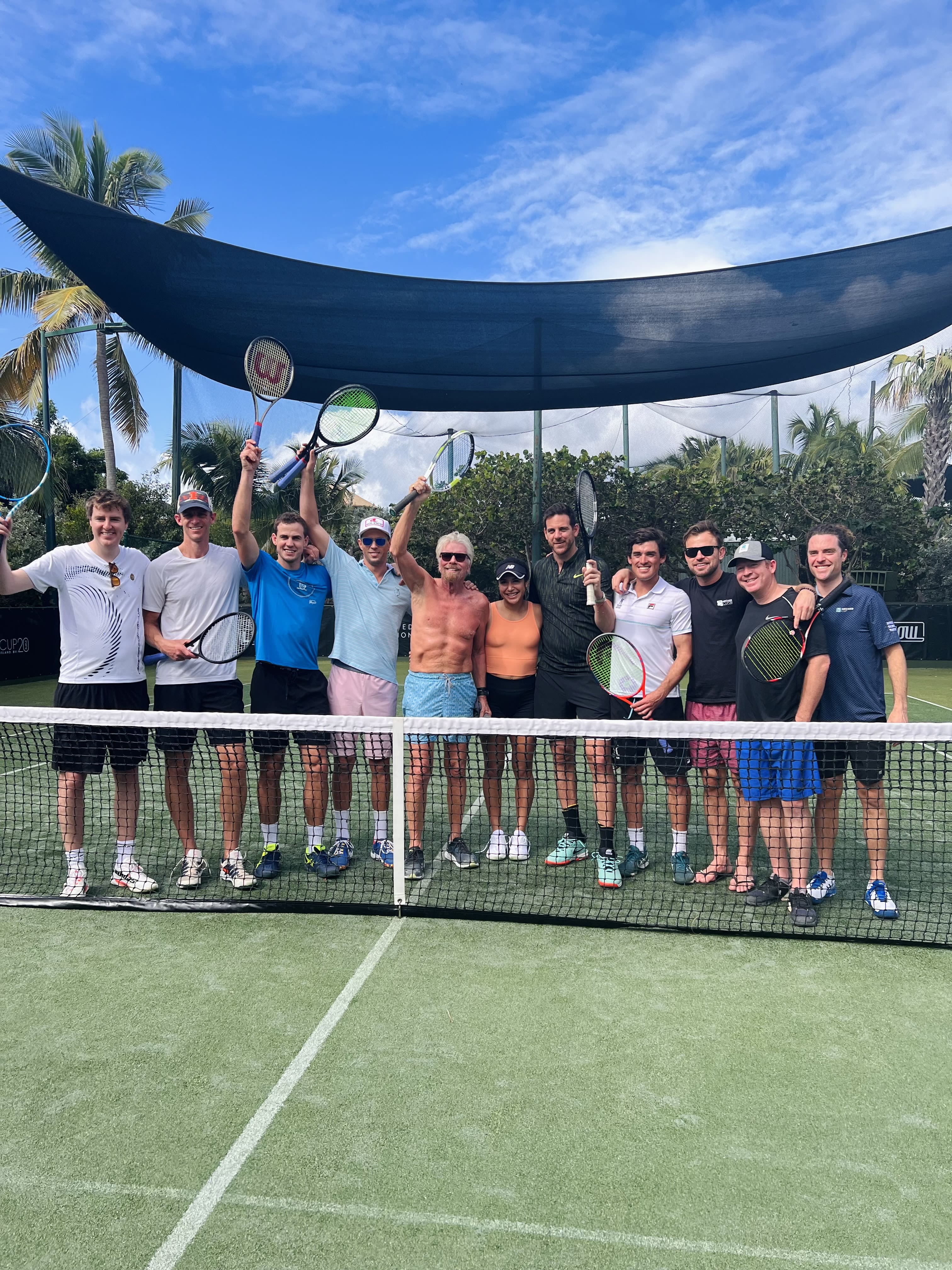 We saw some brilliant tennis, with top pros Heather Watson, Vasek Pospisil, Juan Martin Del Potro, Kevin Anderson and Mike Bryan joining in the fun. It was incredible to watch them play – the level of professionalism, humility and athleticism of professional sports people never fails to amaze me. It was particularly fun having major winner Juan Martin join for the first time – especially as we got to help him support his beloved Argentina to some World Cup wins. It was also wonderful to see Tim Gannon join the tournament for 10 years straight.

The Necker Cup trophy was won by Canadian pro, Vasek Pospisil, and Necker Cup veteran, Mike Kosloske in a riveting match against Mike Bryan and Bob Zangrillo. It was the third time the pair have won the cup, so a big clap on the back was in order. 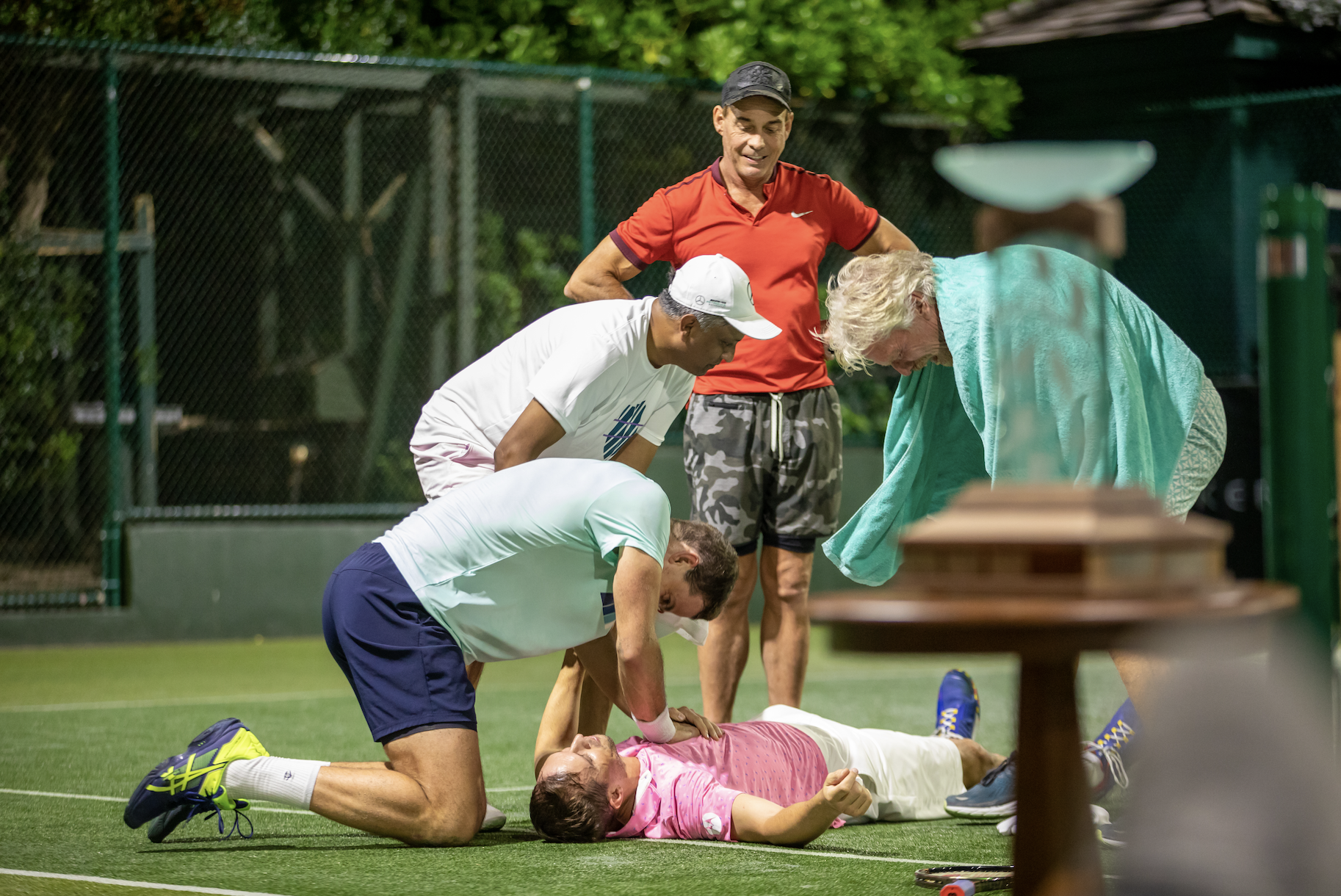 The tournament usually brings its fair share of funny moments too, and in the Grand Final this year, Bob dished out a powerful serve… directly into Mike’s back. You can see us sharing a laugh about it in the photo above.

The winners looked like they needed to cool down as they held up the trophy, so I snuck up behind them and popped a giant bottle of champagne all over them. The reaction was priceless. The lemurs found it particularly funny, as they assumed their usual position as very noisy but passionate spectators throughout the week.

I came in fourth with my doubles partner and founder of the Necker Cup, Remington Reynolds. We played a tough match against Anthony Goonetillike and James McGee, but lost out in the final moments.

We all celebrated on the beach with a brilliant performance by Pitbull (Mr Worldwide indeed!) and ate some delicious food by one of my favourite chefs, Yassine Khalal, who is head chef for Virgin Limited Edition at Kasbah Tamadot in Morocco. 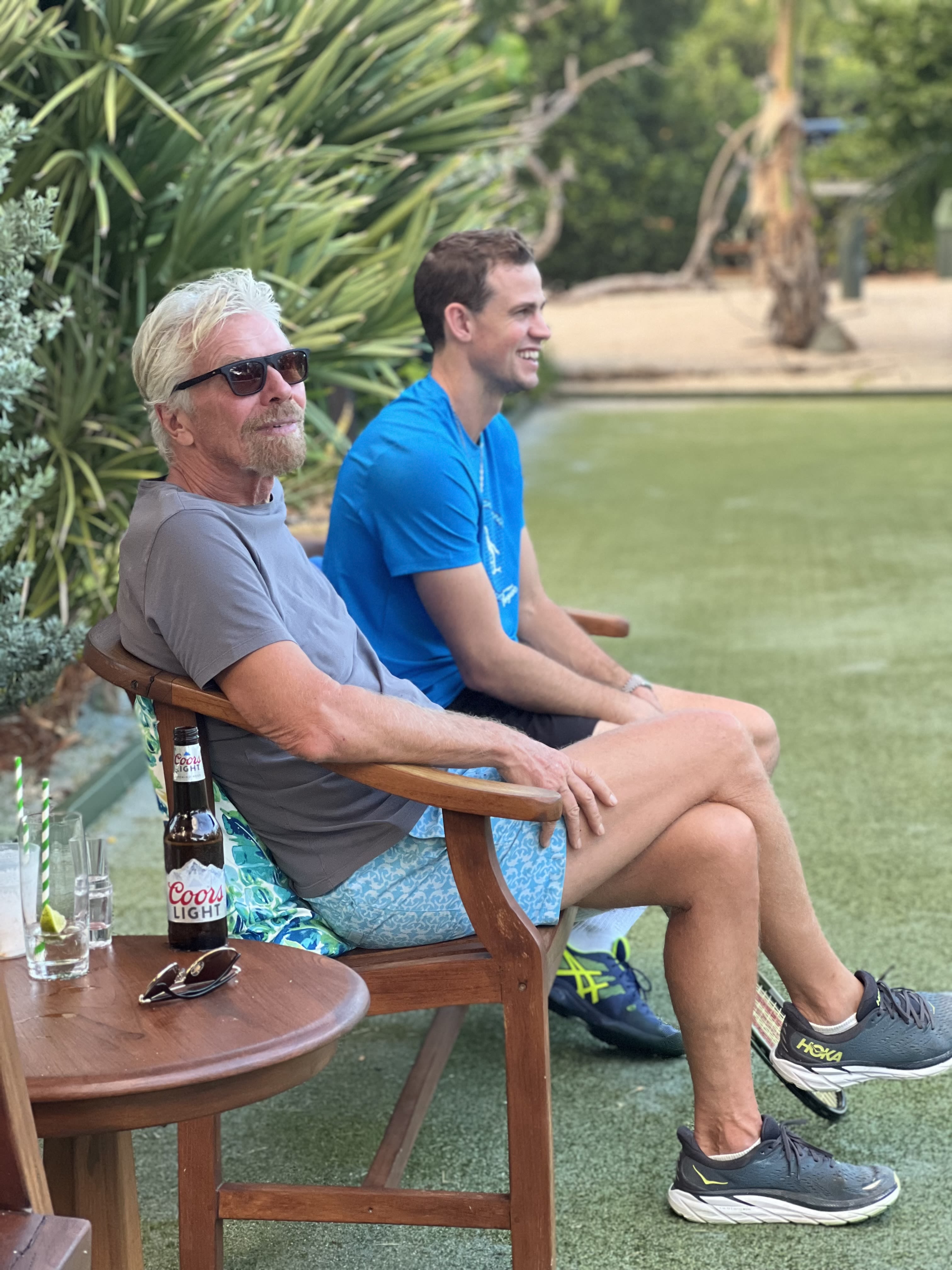 All in all, the Necker Cup in 2022 was another week of wonderful tennis, plenty of fun, and raising funds for good causes. Thank you to everyone who came along, and bring on the tournament in 2023.