My thoughts on the death penalty

I’ve never made a secret of my thoughts on the death penalty: I consider it a barbaric and inhumane form of punishment that deserves no place in the world.

Amnesty’s report brings positive news - last year saw a 31% decline in the worldwide number of recorded executions compared to 2017. That’s the lowest number in the last decade. But while the downward trend is remarkable, we shouldn’t forget that more than 19,000 people still languish on death rows around the globe, in many cases for years or decades, often without a fair trial or access to appropriate legal representation.

As in previous years, China remains the world’s top executioner. According to some estimates, thousands are executed every year in the country, more than by all other countries combined, but the official statistics remain a state secret. Other countries that continue to carry out a high number of executions are Iran, Saudi Arabia, Vietnam and Iraq. 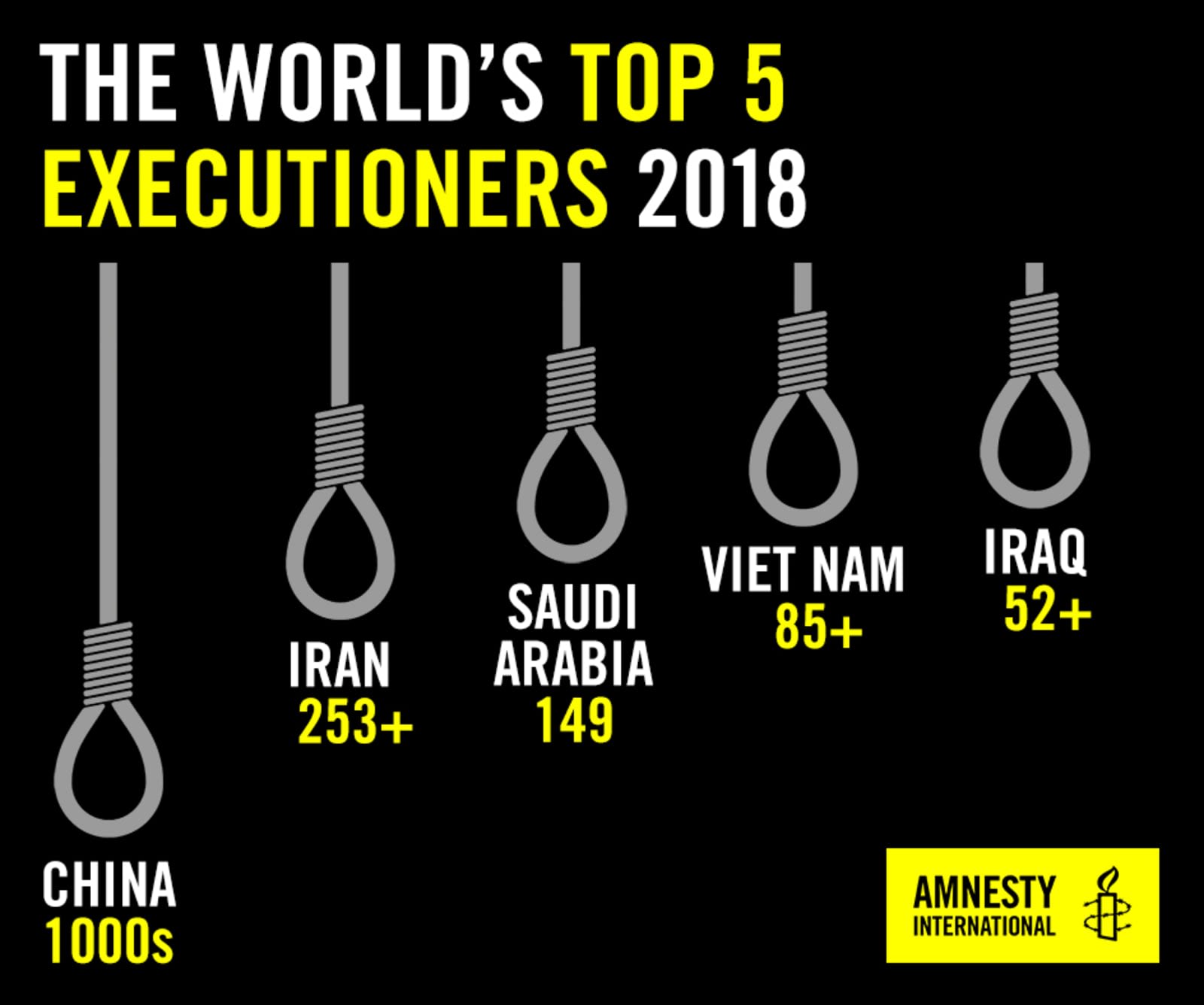 I was pleased to read that last year’s global decline in executions is in part due to some of the most unlikely countries starting to change their ways. In Iran, executions fell by a staggering 50% thanks to the removal of the death sentence for a number of drug-related crimes. Numbers also dropped in Iraq, Pakistan and Somalia.

And yet, not all trends were positive last year. Executions increased in Belarus, Japan, Singapore, South Sudan and the USA. And I was saddened to read last week that Sri Lankan President Maithripala Sirisena announced that dates have been set to resume executions after more than 40 years. Perhaps most shockingly, the Sultan of Brunei last week made the horrific, and globally condemned, decision to introduce a particularly harsh Sharia law that includes the death penalty by stoning for same-sex relationships and adultery.

Thankfully, the world has – overall – been on a consistent trajectory towards universal abolition. Last year, Burkina Faso, Gambia and Malaysia joined the ranks of over two thirds of the world’s countries in abolishing the death penalty in either law or practice.

In the US, 2018 has been a mixed year. Texas nearly doubled its number of executions compared to 2017. And states like Nebraska, South Dakota and Tennessee all carried out their first executions in years. Fortunately, some states are seeing sense. Last October Washington State declared the death penalty unconstitutional, and just a few weeks ago, I was thrilled to see California’s Governor Gary Newsom declare a moratorium on executions in his state, affecting 737 men and women, almost a quarter of all US death row prisoners.

My opposition to the death penalty is at its heart a moral opposition. But there are other good reasons why it is such a deeply flawed punishment. Time and again studies have shown that the death penalty does not serve as a deterrent to violent crime. And more often than not, executions are the result of arbitrary and unfair trials lacking due process and other basic protections under the law.

From the perspective of an entrepreneur and investor, I also think capital punishment is a strong indicator of a country’s flawed approach to governance, fairness and the rule of law. Its existence says much about misguided priorities and a lack of fiscal responsibility. These are compelling arguments why business leaders everywhere should become global advocates for universal abolition.