My Octopus Teacher has lessons for us all

Delighted to speak recently with Craig Foster, the star of My Octopus Teacher, one of the most wonderful documentaries I have ever seen.

It tells the story of the unusual bond between Craig and a wild octopus he encounters in the kelp forest near his home in South Africa. It shows us how nature revitalised Craig and helped him to see the world differently. That’s a wonderful key message for all of us at this time of so much uncertainty. 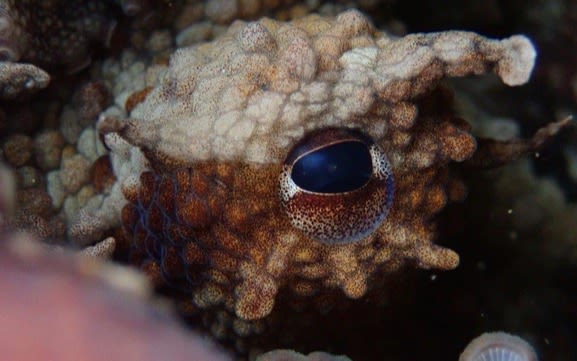 When I was watching the documentary, I was really touched by his unique connection with the octopus. He really wanted to understand her and his openness towards learning something new and changing his perspective was admirable. Craig told me that when he got to know the octopus, he also fell in love with the wild environment that made her. The documentary really does leave you with a renewed sense of appreciation for all the wonderful life around us – and brings home the importance of protecting it.

Craig said something during our discussion that will really stay with me:

“The biggest threat in some ways to our oceans and to our planet is the cooling of the human heart towards nature.”

I couldn’t agree more. I am optimistic that attitudes are changing around protecting the planet’s biodiversity and the ocean, but we still have quite a long way to go. It’s why I support Ocean Unite’s campaign to protect at least 30% of the ocean by 2030. Craig has also set up the Sea Change Project, with the idea of getting the African Sea Forest recognised globally, like the Serengeti or the Great Barrier Reef.

There is growing momentum for the 30x30 goal, with 75 countries now supporting this target – even Russia has indicated it will climb onboard. Leaders will gather in China in October to decide on whether to set this global goal for nature and it is more important than ever that agreement is reached.

And as Craig and I discussed, it is also so important to properly protect biodiversity and regulate any activities in international waters too. This year, critical negotiations will happen at the United Nations in August. We must do everything possible to secure a strong agreement so that this incredible area, the high seas, which is the largest wilderness on Earth can regenerate and replenish.

Craig’s documentary serves as a timely reminder that this planet does not belong to humans, we share it with so many wonderful species and habitats and we must do all we can to protect them for future generations.

It’s fantastic that My Octopus Teacher has been nominated for an Oscar and I wish Craig all the best of luck.

Watch our full interview on WaterBear.

Why agreeing to 30x30 can help save sharks from extinction

Three reasons why it’s important to protect the ocean

Why we need to protect turtles