My fascination with reaching for the skies

I was honoured to receive a Flight Path Museum and Learning award in the US, and it got me thinking about my life in aviation.

LAX is the only place in the world where three of Virgin’s airlines meet as Atlantic, America and Australia all fly there. It was lovely having members of all three airlines join me at the museum to celebrate everything we have achieved.

It was also great to hear from Deborah Flint and her team at Los Angeles World Airports, and Monty Oliver from Boeing and Steven Hazy from Air Lease.

I have been fascinated by flight ever since I was a small boy, looking up to the skies. I have had the privilege of meeting and often working with many of the geniuses of flight: the inventors and the adventurers, the daredevils and the dreamers. What they all have in common is a desire to make the world a better place, and see it from a different angle. 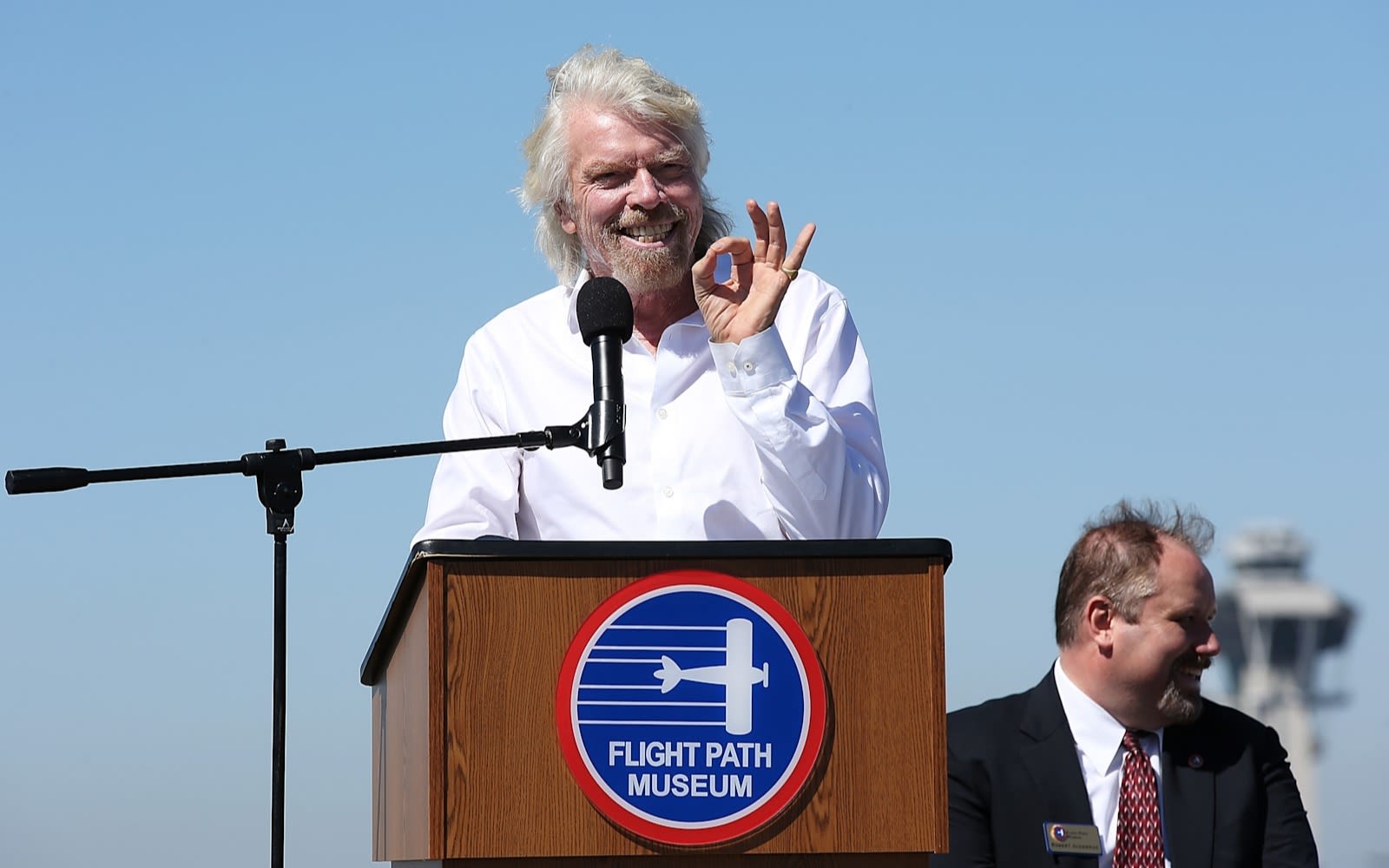 I once wrote a book all about the history of flight called Reach For The Skies. Normally my books have a playful innuendo in the title – after all, our brand is called Virgin. On this occasion the publishers blocked my idea to call the book Getting It Up! I learned a lot writing that book about the pioneers of flight, from the Wright brothers to Tony Jannus, the bird man Leo Valentin to my close friend Steve Fossett. These were people who dedicated their lives to progress, with passion and purpose.

My own route into aviation came from personal frustration. I loved flight, but I hated flying with other airlines. The service was terrible, the atmosphere was stale, the entertainment was non-existent and you were lucky if you got a lump of cold chicken dumped in your lap. I thought we could create an airline I wanted to fly on, and my friends wanted to fly on. Hopefully other people would too.

A good test case happened by chance when my flight to the British Virgin Islands was cancelled. I was desperate to be reunited with my then girlfriend, now wife, Joan, and wasn’t prepared to wait until the next day. So I chartered a plane, borrowed a blackboard and wrote Virgin Airlines on the top of the blackboard, $39 one way. I rounded up all the passengers who had been bumped, and filled up my first plane. As we got off the plane, one passenger joked: “Not bad, sharpen up the service a bit and you could have an airline!” 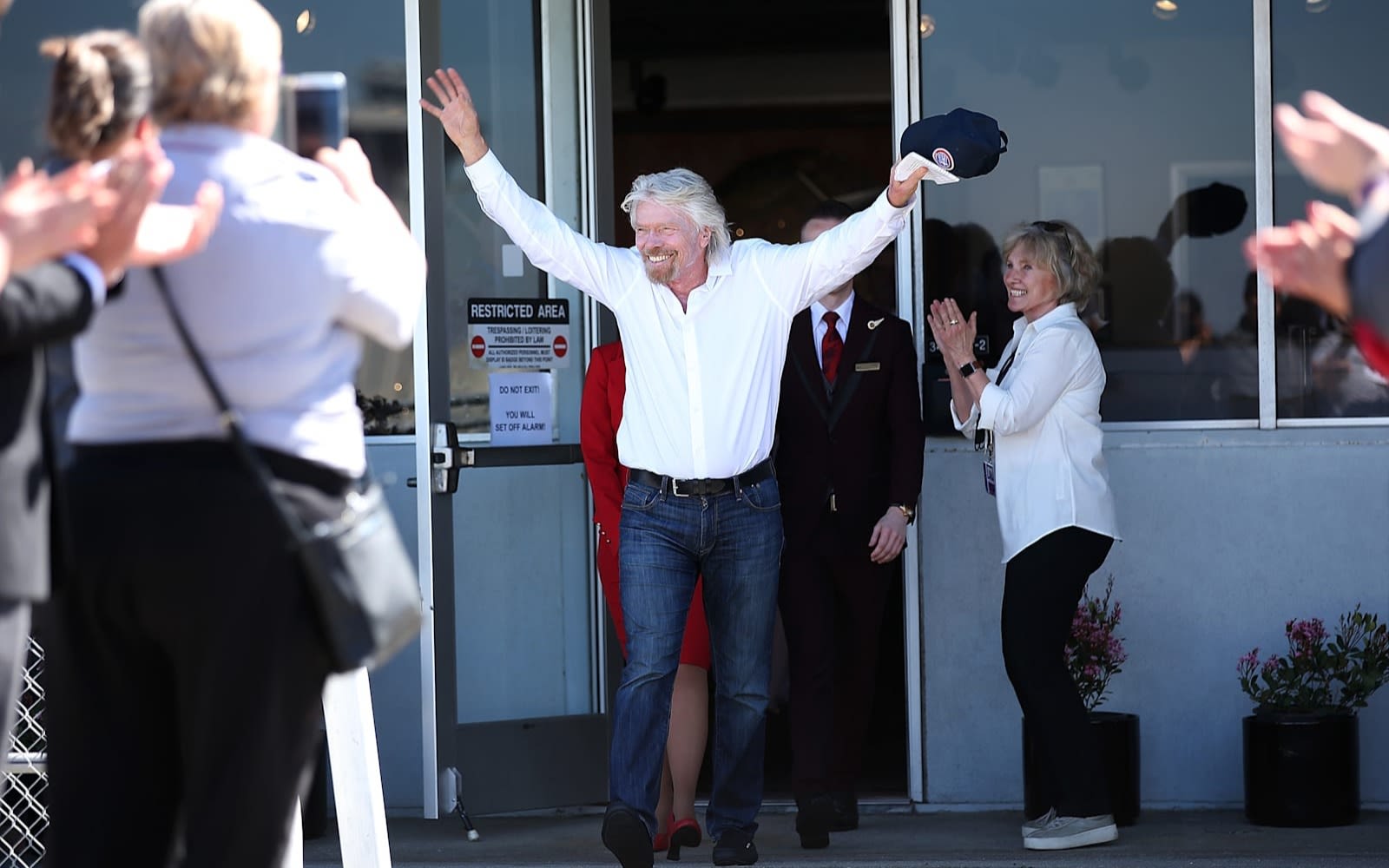 So I got on the phone to Boeing to find out if they had any second-hand 747s for sale. Fast-forward a few decades, and we’ve built three airlines and a spaceline. Lord King from British Airways forecasted Virgin Atlantic’s early demise, claiming we were “too old to rock n roll, too young to fly”. Well, together we proved how wrong he was. I think the reason we’ve been able to thrive for so long is because we make a big difference to people’s flying experience, and we have the most wonderful people to bring it to life.

That was certainly the case in Australia, where we started Virgin Blue (now Australia) on the back of a beermat. Brett Godfrey, who at the time was the chief financial officer for Virgin Express, our European carrier, had his business plan written on a beer mat, and we turned that initial pitch into a world-class airline. Which just goes to show that going to the pub can sometime be a good idea! Virgin Australia has transformed flying in that country, pushing our rivals to improve their service too, and brought a sense of fun to aviation that didn’t exist before.

In this country, Virgin America has been one of the most transformative businesses in a long time. We survived a challenging wait to get a licence to fly in the US, overcame an epic tornado on our launch day, and took on the big boys in market after market. We invented concepts like moodlighting and on-demand food, made the world’s most-loved safety video and proved it is possible to run an airline with a strategy that does not rely on low fares and a dominant position alone. We became the best consumer airline in America. I’m so proud to celebrate what we accomplished with Virgin America. 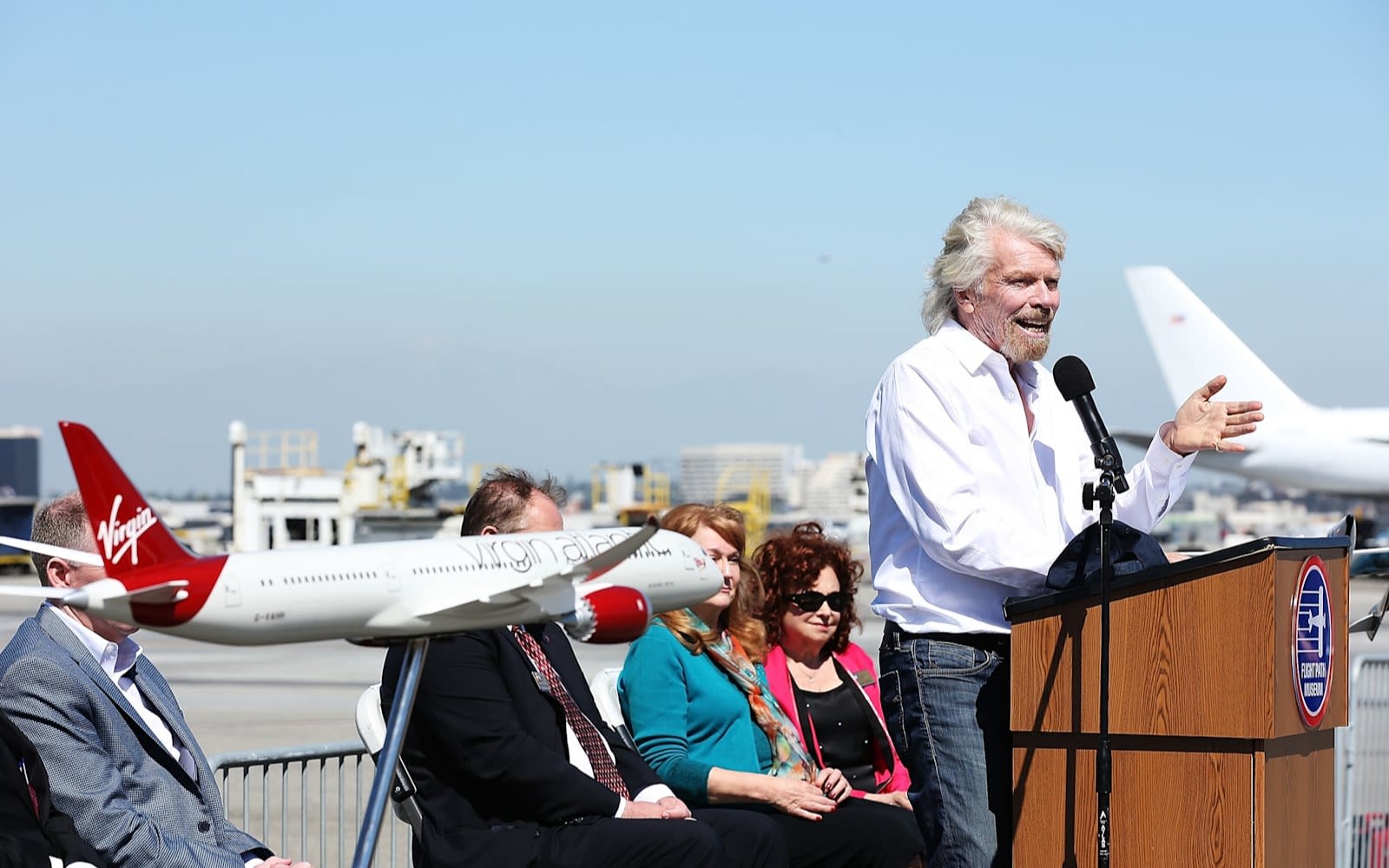 One day that I’ll always remember was when Virgin Galactic’s WhiteKnightTwo flew alongside Virgin America. I was on-board, watching in awe along with some young students, inspiring new generation of engineers and pilots. That’s what our space companies – Virgin Galactic, Virgin Orbit and The Spaceship Company – are all about. We’re opening up space for the benefit of everyone on Earth. We’re getting closer and closer to reaching space. It’s great to see so many of our Future Astronauts with us here today too, and I know you are all as excited as I am.

All of our aviation and space businesses have one thing in common (aside from flying!) - they are all full of wonderful people, from the employees who make the magic happen to the consumers who fall in love with our brand. Every airline has the same components at the start – but what sets us apart is our people. It’s been a pleasure reaching for the skies with you all for all these years, and I can’t wait to reach a bit further, faster and higher in the years to come.