June 8th is World Ocean Day - a good opportunity to reflect on all that the ocean does for us and what we need to do for it. This year, World Ocean Day falls just before G7 leaders meet by the seaside in Cornwall, England. The big question is whether they will dive in deep enough to really tackle the twin crises of biodiversity loss and climate change.

When their Environment and Climate Ministers met last month, they put the need to invest in nature as a core element of their agenda for the first time. It is none too soon.

By 2050, an estimated 800 million people will be at risk of storm surges from extreme weather events, and over 570 low-lying coastal cities will face sea level rise of at least 0.5 metres. A World Bank report calculated floods would cost coastal cities $1 trillion a year by 2050 with billions of dollars’ worth of infrastructure at risk. But this ocean risk isn’t a problem we will be facing in 30 years; it is a problem today.

To build greater coastal resilience to these extreme events, one of our biggest allies is nature – our planet’s most incredible innovator and entrepreneur that has been engineering cost-effective and adaptive solutions for millennia.

Mangroves are a great example. They reduce annual flooding to more than 15 million people and cut potential flood damage costs by a staggering US $82 billion. Because mangroves grow upwards, they can adapt to rising sea levels. 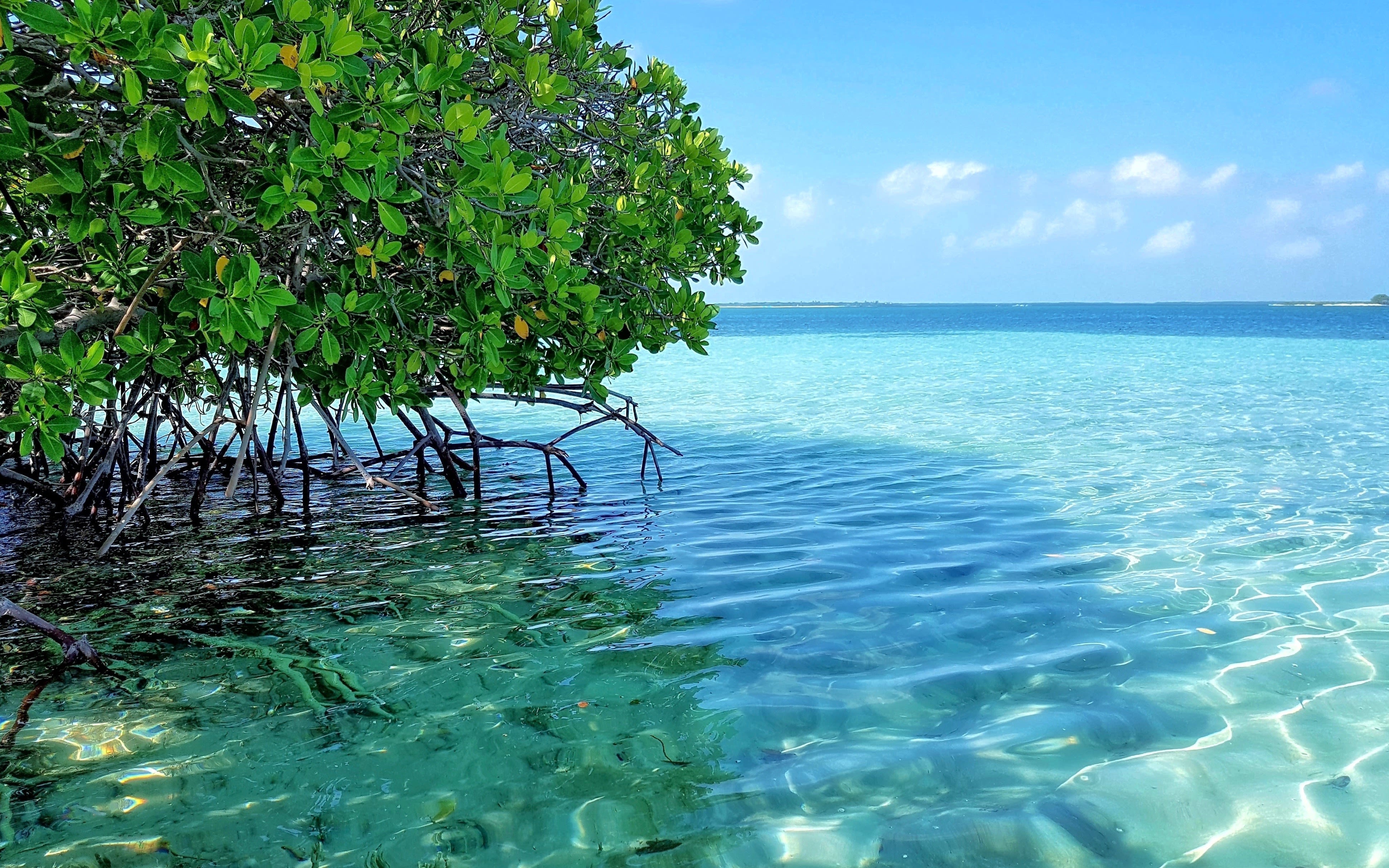 They are also nurseries to baby fish and sharks and can capture four to 10 times as much CO2 as terrestrial forests. Their roots prevent harmful industrial farming nutrients from entering the sea. But despite the incredible services they provide, mangrove forests continue to be destroyed and degraded because of land use change, exploitation, coastal development, and climate change.

Coral reefs are another amazing example of nature developing a complex, yet brilliant engineering solution. Covering less than 1% of Earth’s surface, they shelter or feed 25% of all marine life and support livelihoods of over 275 million people worldwide. They also protect coastlines in more than 100 countries, acting as natural sea walls against storms and erosion, and are able to reduce incoming wave energy during a storm by up to 97%. 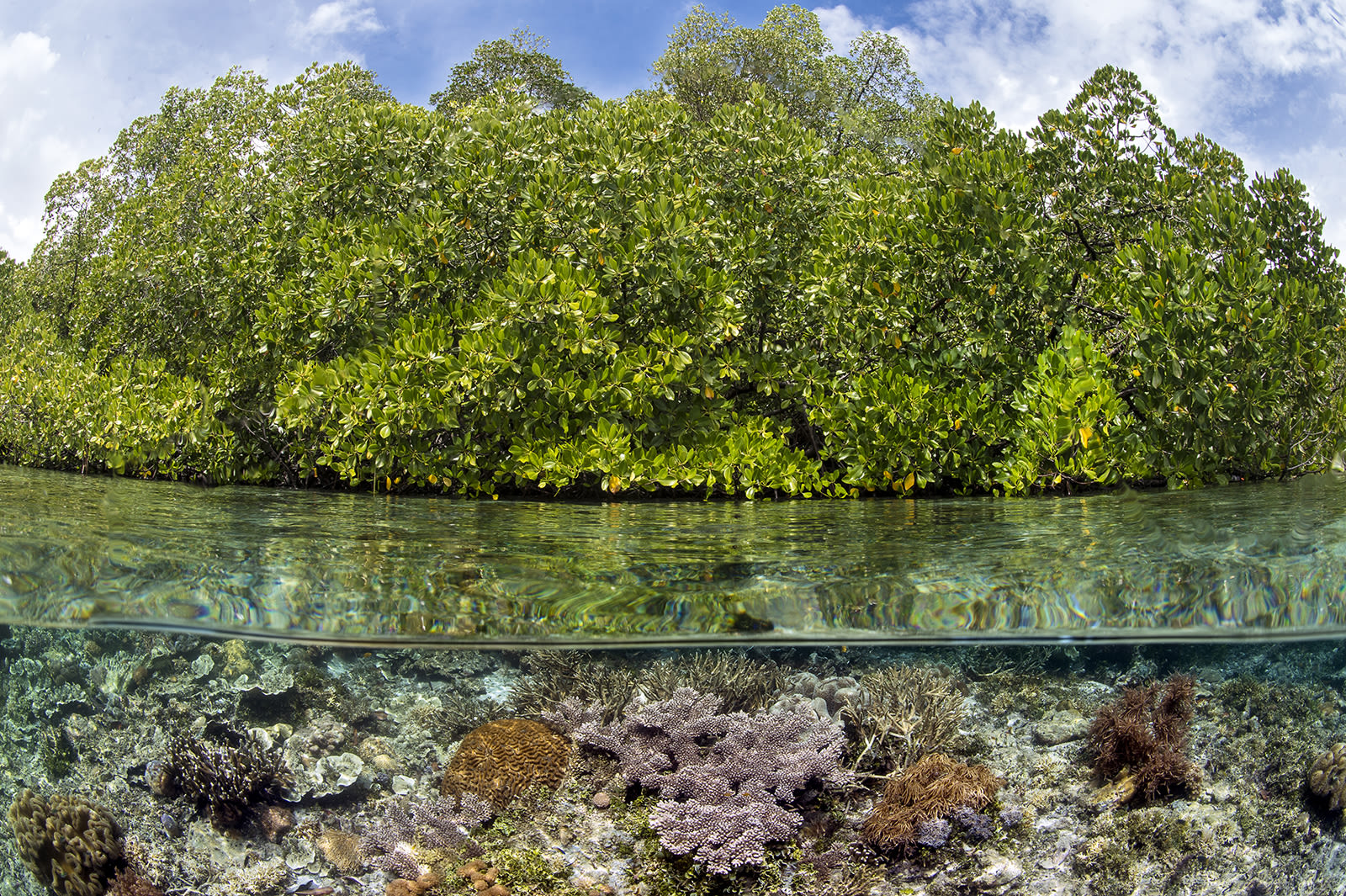 The world leaders meeting near one of the UK’s most stunning seashores later this week should take inspiration from their surroundings and agree to strongly protect at least 30% of the ocean by 2030 to help restore ocean life, which fully protected marine areas have proven they do time and time again. But they need to go even further and bring central banks and multilateral development banks to the table to drive more investment into this incredible planetary resource.

Governments also need to work with pension funds, banks and insurers and partner with civil society groups and communities on the ground, to drive more investment into coastal and marine natural capital. It is only by working with nature that we can build resilience and secure the social and economic well-being of so many of the coastal, island and First peoples – not to mention so many of us who live in coastal cities.

It is great news to see the UK become the second government after Canada to be a full member of the Ocean Risk and Resilience ActionAlliance, as well as the statement by G7 ministers committing to work with the Alliance. This coalition of different stakeholders from the public and private sector, as well as NGOs, is led by insurance giant AXA and Ocean Unite, the independent non-profit that we co-founded with José María Figueres and a wonderful group of partners. The Alliance is designed to drive an extra $500 million of investment into coastal resilience by 2030 through developing and deploying innovative finance and insurance products.

He echoes the words of my dear friend, John Kerry, the US Special Presidential Envoy for Climate: “We know that the single best and most important way in which we can protect the oceans is by raising ambition … It’s going to take a partnership. And it’s going to be up to all of us to decide whether or not we adopt the ocean policies and practices that we know are needed and whether or not in the end, we do it in time.” I couldn’t agree more.