The leadership of Mohamed Nasheed

I recently had the pleasure of spending time on Necker Island with my friend and former President of the Maldives, Mohamed Nasheed, one of the most inspirational people I’ve ever met.

I first met President Nasheed at the UN Climate Change Conference, COP 15, in Copenhagen in 2009, where he emerged as one of the world’s leading champions of bold and decisive climate action, knowing that his island nation’s survival depended on it. But climate action wasn‘t his only passion, his work has covered many of the global issues I care about, from human rights to ocean conversation.

If you ask him, he’ll say he can’t remember how many times he’s been arrested. But his family thinks it’s around 14. He spent most of his 20s and much of his 30s in jail, has been tortured and spent 18 months in solitary confinement.

And yet, despite these personal hardships, he never once let go of his optimism and retains a truly remarkable commitment to a more sustainable and democratic future, for his own country and the wider world. 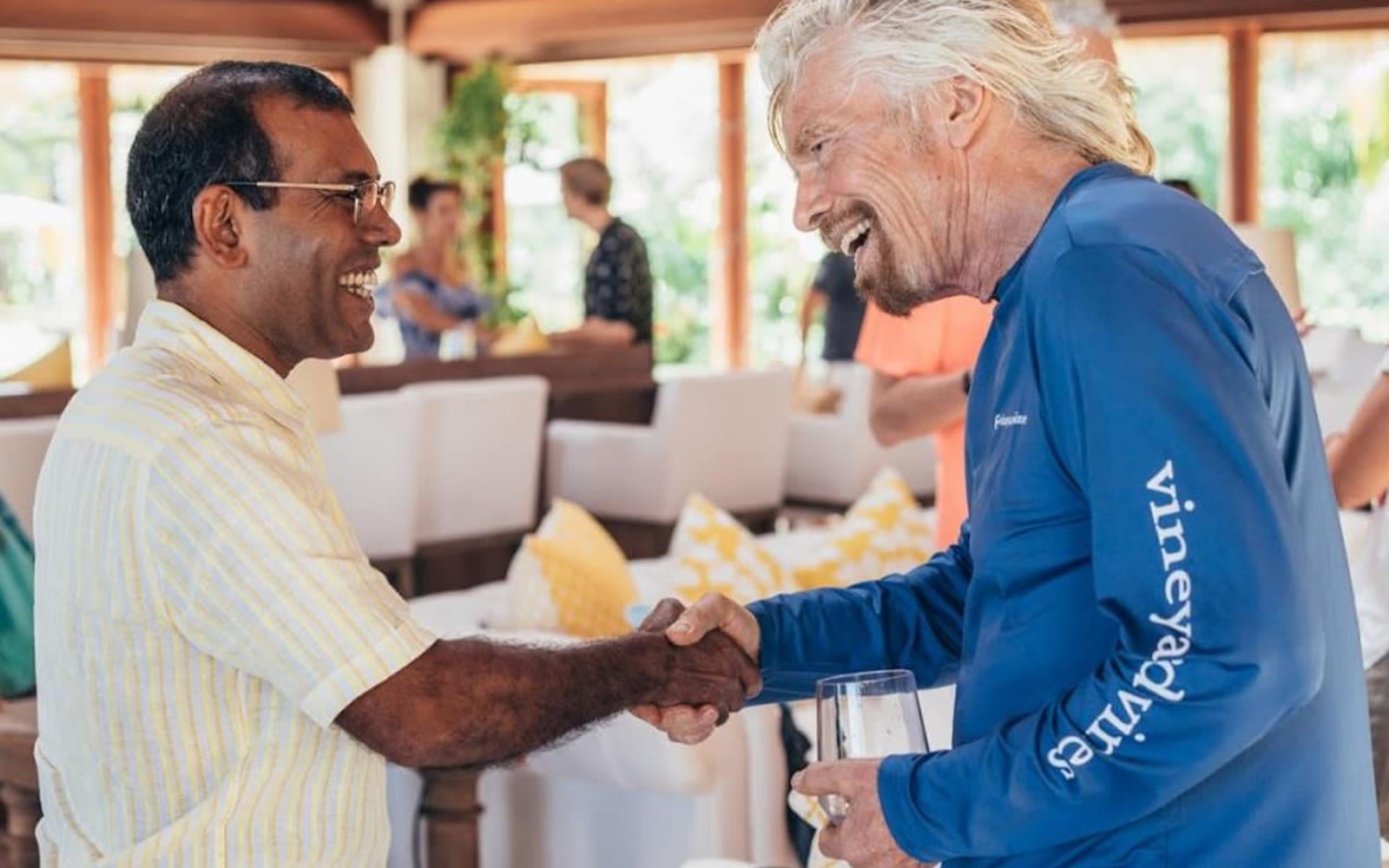 After becoming the first democratically elected President in the Maldives in 2008, he was toppled by what many observers have described as a coup d’état in 2012. He was replaced by an authoritarian regime bent on crushing dissent through arrests, violence and repression. Arrested on trumped-up terrorism charges, he was subsequently sentenced to 13 years in prison. Thanks to the fantastic and tireless work of a legal team that included Amal Clooney, and as a result of massive global pressure, the Maldivian government allowed him to seek medical treatment in the UK, where he was eventually granted political asylum in 2016.

But being so far away from his beloved home country was never going to be a long-term solution for President Nasheed. Throughout his time in London, he was yearning to return. Last September,  democracy was finally restored to the Maldives when Ibrahim Mohamed Solih of the Maldivian Democratic Party was elected and sworn in as President.

When I saw Mohamed Nasheed in December, he had just made a triumphant return to the Maldives, a free man at last. And he had no intention of slowing down. Freshly named his country’s climate envoy, he was just about to attend the COP24 climate negotiations in Poland, a role he approached with a very special sense of mission:

“The fact I was ousted in a coup made it clear to me: the fight for democracy and against climate change are one and the same struggle. How many autocrats are dependent on oil revenues to prop up their violent regimes? How many of those who damage established democracies are also climate deniers? So I go to Poland determined to stand up for democratic values as part of the same campaign.” 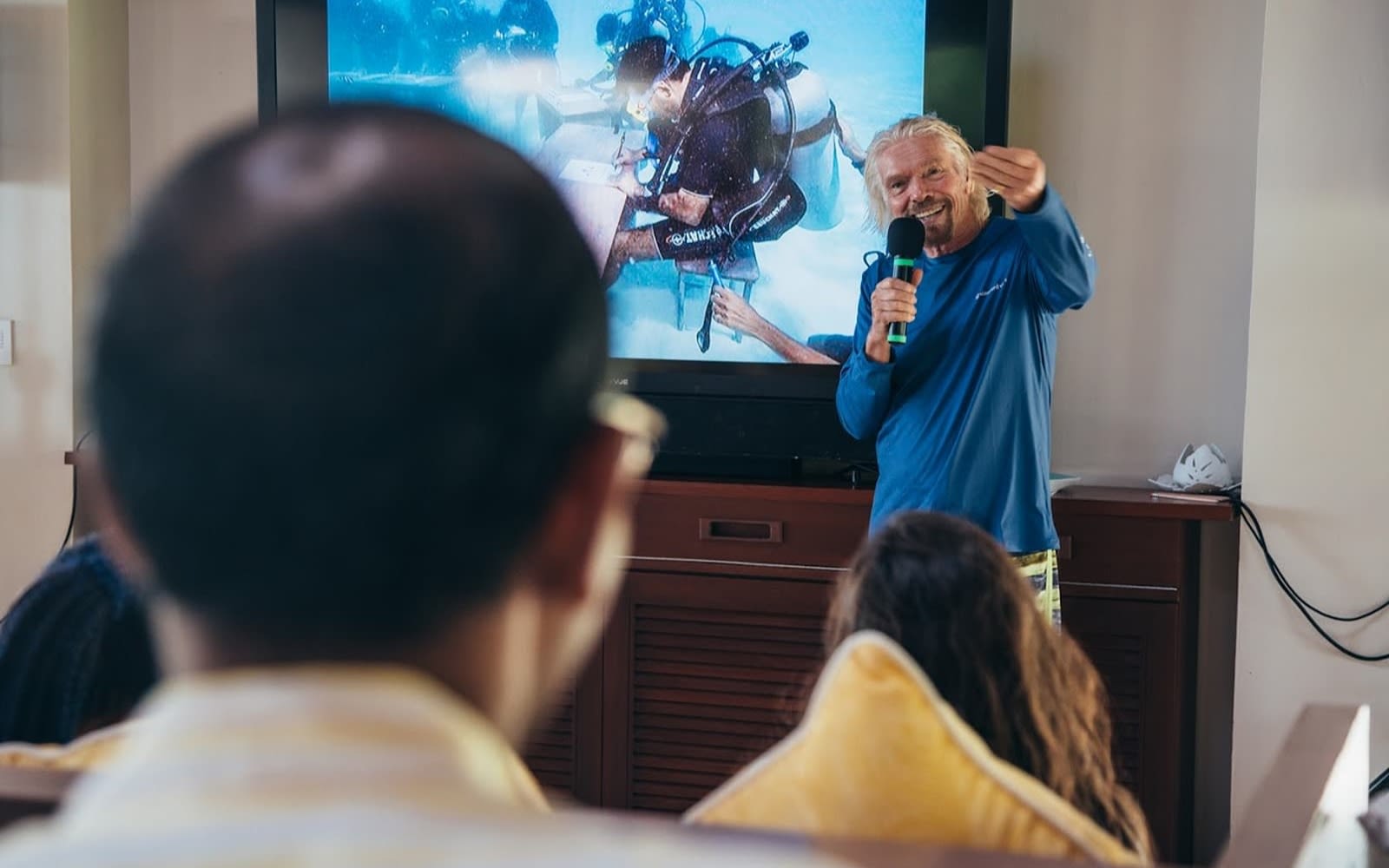 President Nasheed is now on a mission to protect island nations through coral reef innovation. He highlighted the need to invest in the latest technology, from 3D printing reef structures, to growing heat resistant corals. As wise and visionary as ever, he is building an alliance of global business, government and not-for-profit leaders to bring his vision to life.

It is people like President Nasheed with his relentless optimism and his drive for innovation, who provide a glimmer of hope when it comes to climate change. As I wrote last month, the time to act is now to address the most serious challenge humanity faces. There is no more time to lose.

The good news is that we know what to do. The solutions are all there. What is needed is a concerted, collective effort, to turn the tide. It’s the leadership of people like President Nasheed that will bring us closer to the goal. His own words ring true for all of us:

“This is a moment for radicalism, not hopelessness. I cannot return from Poland to the people of the Maldives empty handed except for a few more promises on bits of paper. I will not do that. I am not going to tell them that their country is finished, and that one day their children will have to live elsewhere as climate refugees. As a nation, we reject that fate. We may be losing battles, but we have not lost the war – so we fight on.”