The hidden world of the Berbers

I recently spent a lovely few days in Morocco, catching up with the team at Kasbah Tamadot and the Eve Branson Foundation.

When we bought Kasbah Tamadot back in 1998 to transform it into a Virgin Limited Edition property, my mother crossed the valley to visit the local villages and meet our neighbours. She met a young woman called Fatima who invited her in for mint tea and Mum ended up teaching her how to knit and sew. Before long, they’d started a knitting group of over 30 people so more women could come together to learn a new skill.

Mum wanted to help empower the local community near Kasbah Tamadot to be able to make a living, while still preserving their rich Berber heritage. It was from this knitting group that the ethos of the Eve Branson Foundation (EBF) was created. 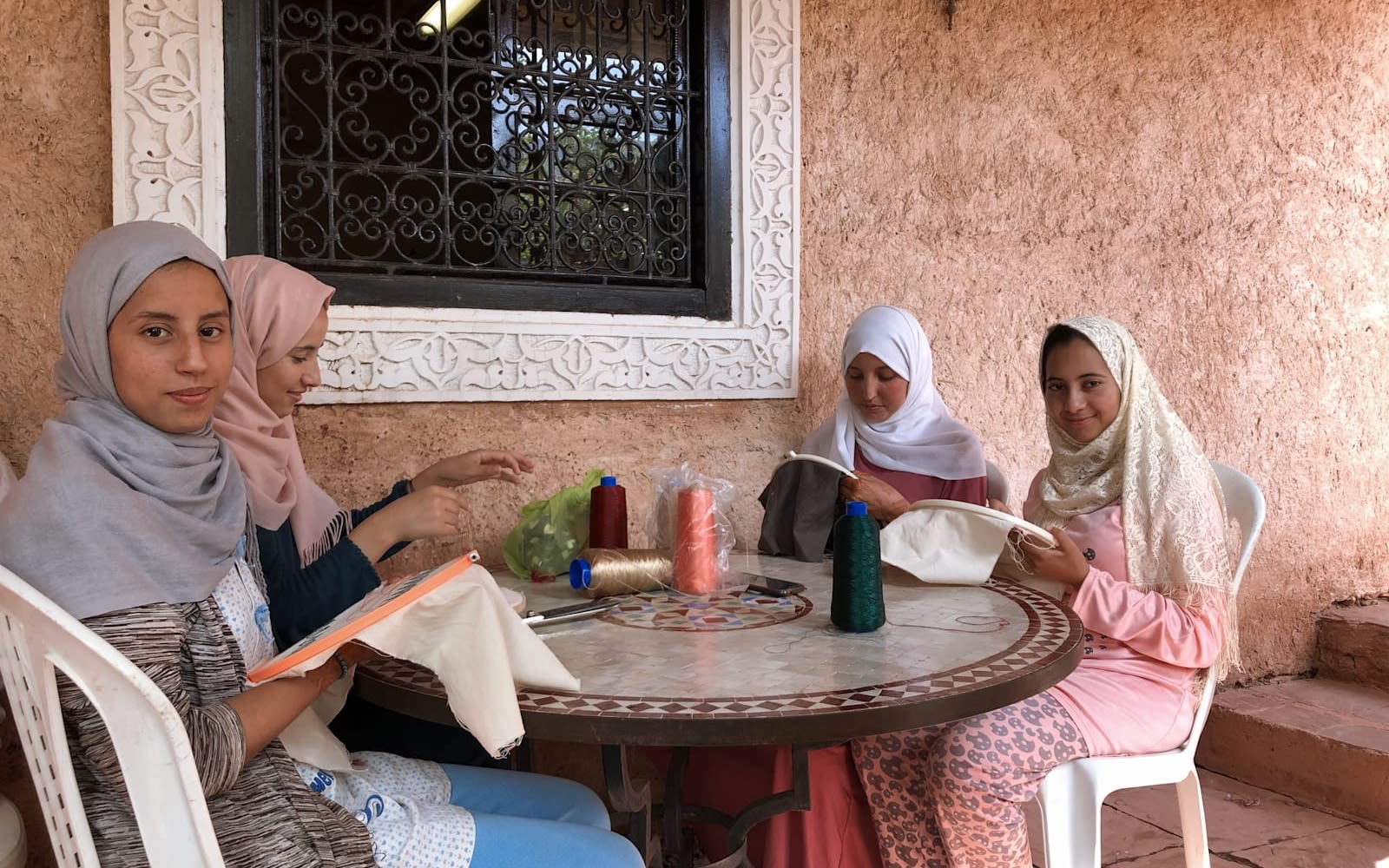 The centres teach young Berber women and men crafts such as weaving, carpet-making, woodwork, furniture-making, dressmaking and intricate embroidery. In Morocco, the ancient art of weaving is a skill traditionally taught to men. However, Mum wanted to open it up to women too so they could make a living and help preserve the dying tradition.

Mum understood what it was like to be denied opportunities simply because of her gender. At one point she had to disguise herself as a boy to take glider lessons and pursue a career in aviation. This is what spurred her passion to give women opportunities to pursue their passion and potential. 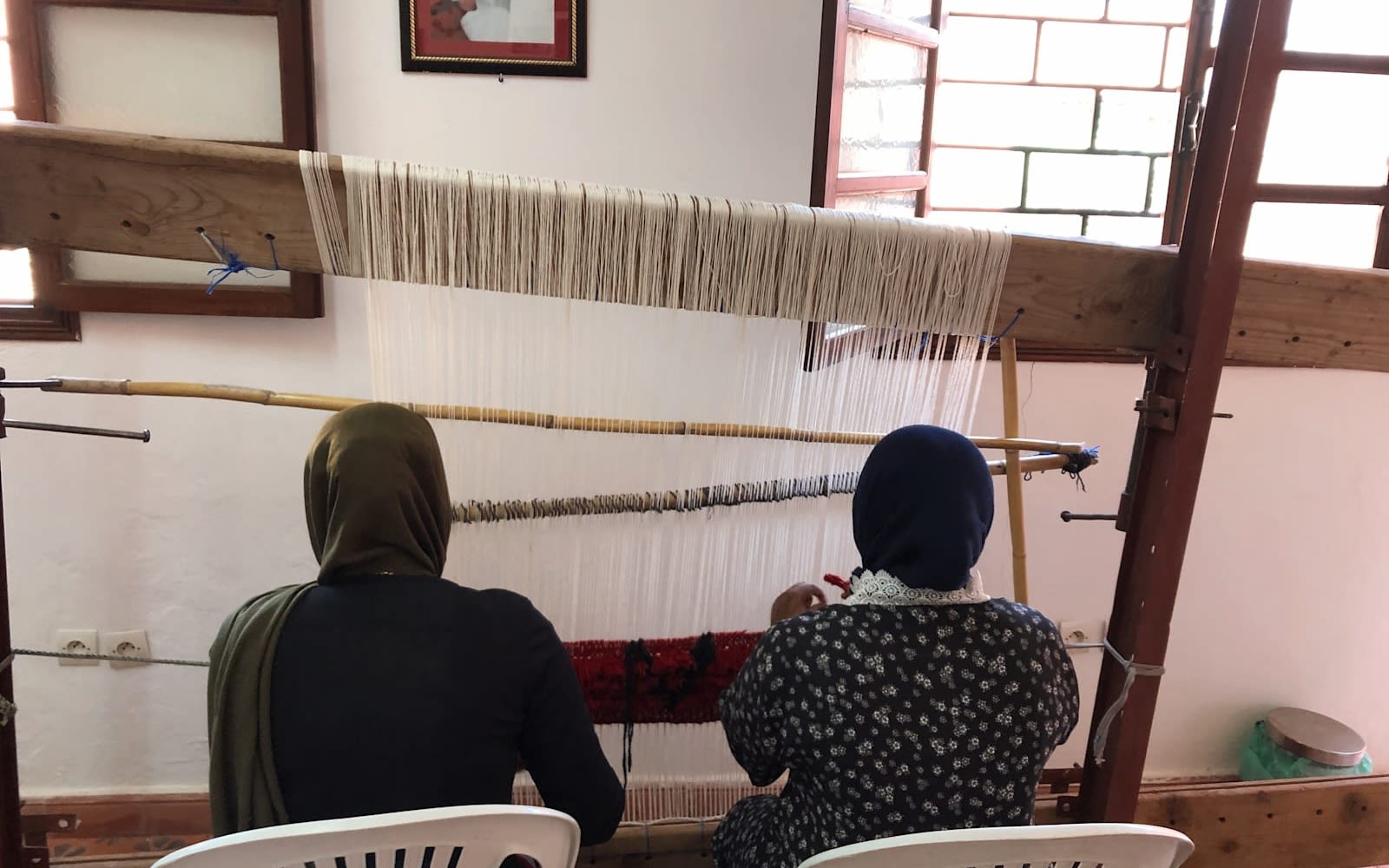 On my recent visit, It was so nice to catch up with Fatima, who still works with EBF after all this time and now helps to run the Berber Boutique next to Kasbah Tamadot. As a teenager, Fatima wasn’t given the opportunity to go to go to high school and was working in the fields of her family’s apple orchard. Despite this, Fatima was eager to keep learning. She began a tailoring programme with EBF, developed her English and began to sell her items and earn an income. She gained independence for the first time and told me how she has never looked back. Since taking on the role at the shop, sales and income have increased for both Fatima and her peers. 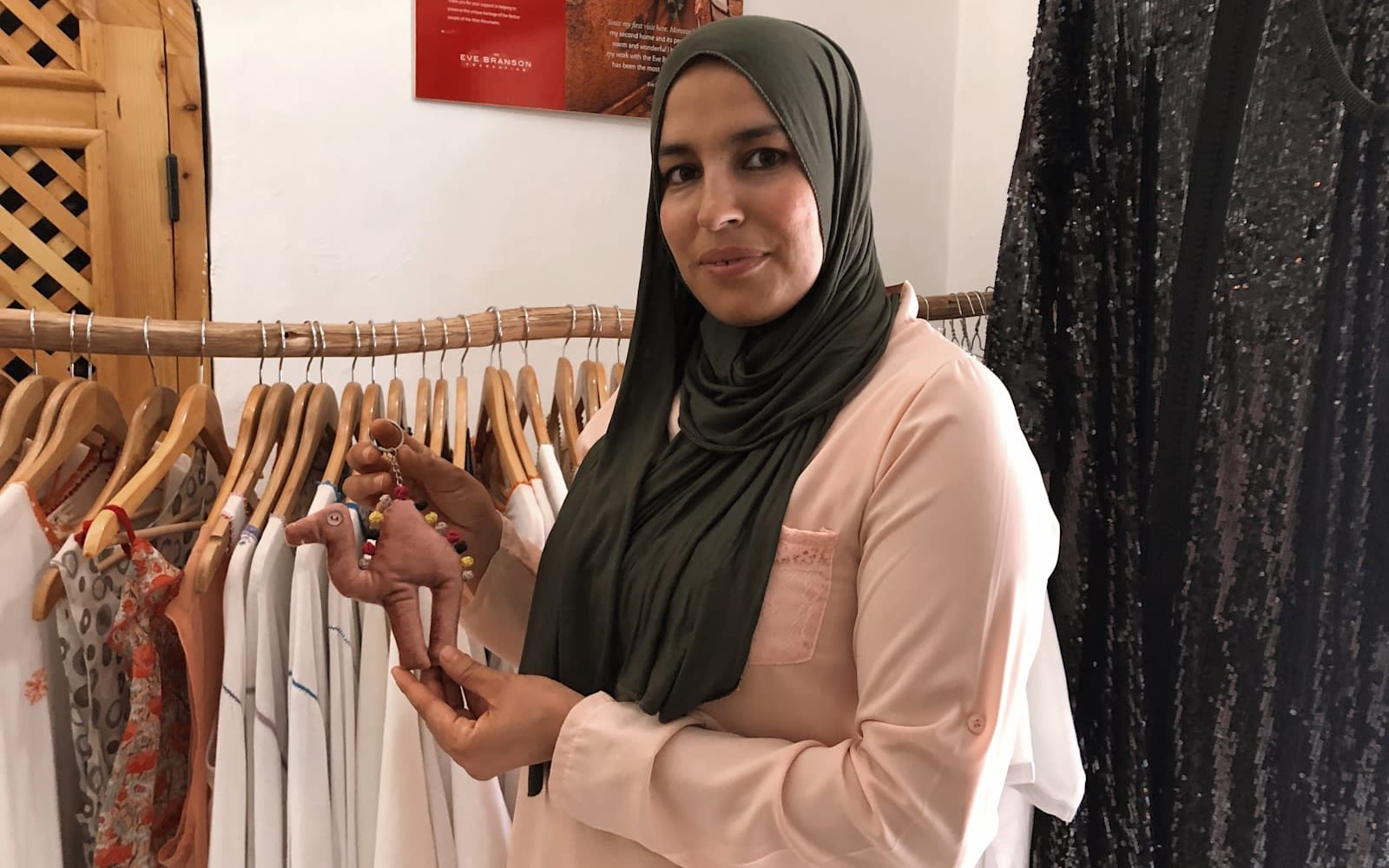 The beautiful pieces are also sold online and across each of the craft centres with 100 per cent of the proceeds going directly back to the students and the running of the centres. This sustainable business model encourages self-sufficiency, entrepreneurship and economic independence. 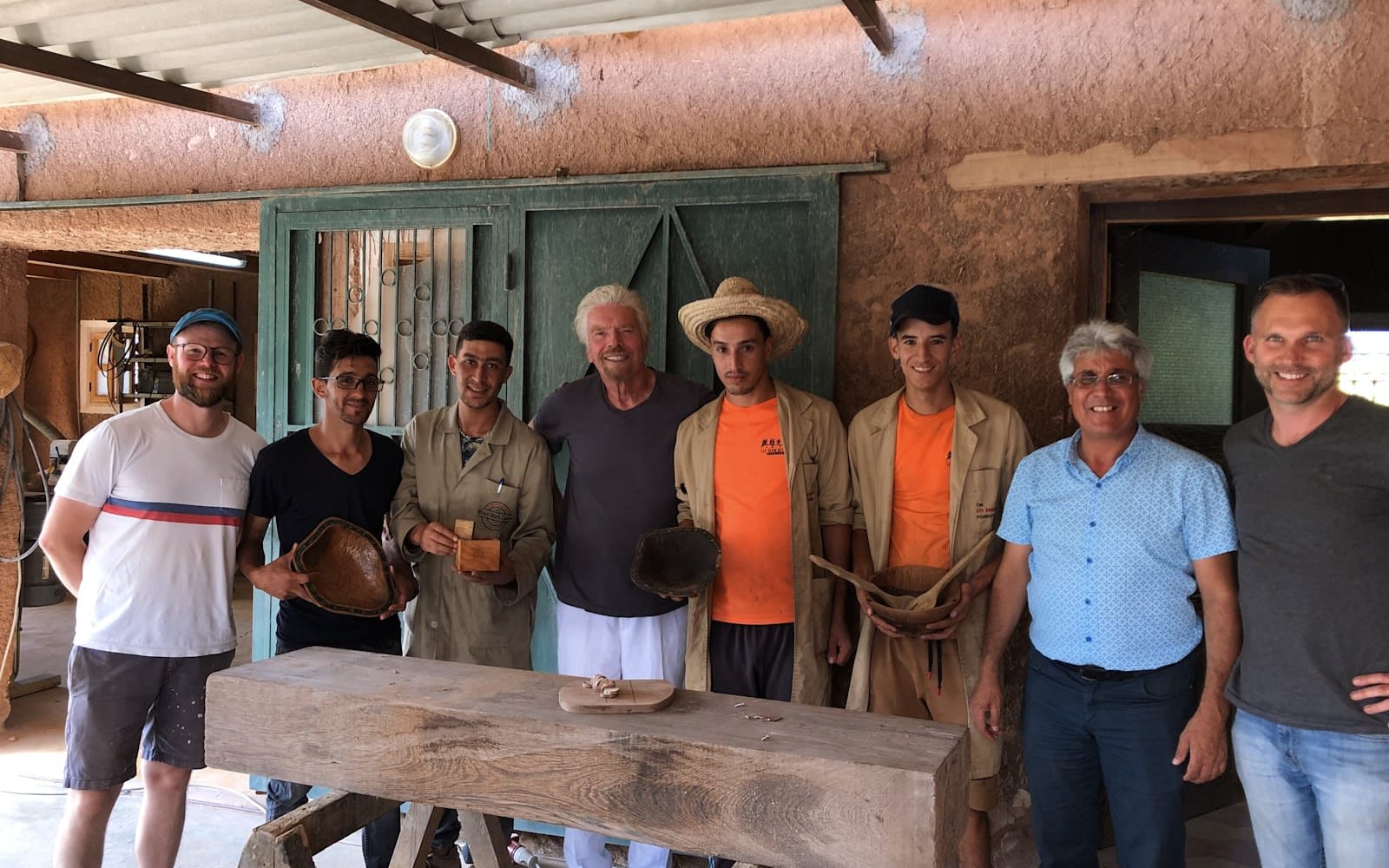 I also got the chance to experience the Hidden World of the Berbers day trip that EBF is running in partnership with Airbnb. The day starts off in Marrakech, where you’re taken to a neighbourhood food market to buy local ingredients for lunch. You’ll then drive out to the craft centres and learn how to cook a delicious tagine (one of my favourite dishes) and the local ‘khobz’ bread in a traditional clay oven. After lunch, you can spend the afternoon learning an artisan skill and sharing stories over Moroccan mint tea and pastries. 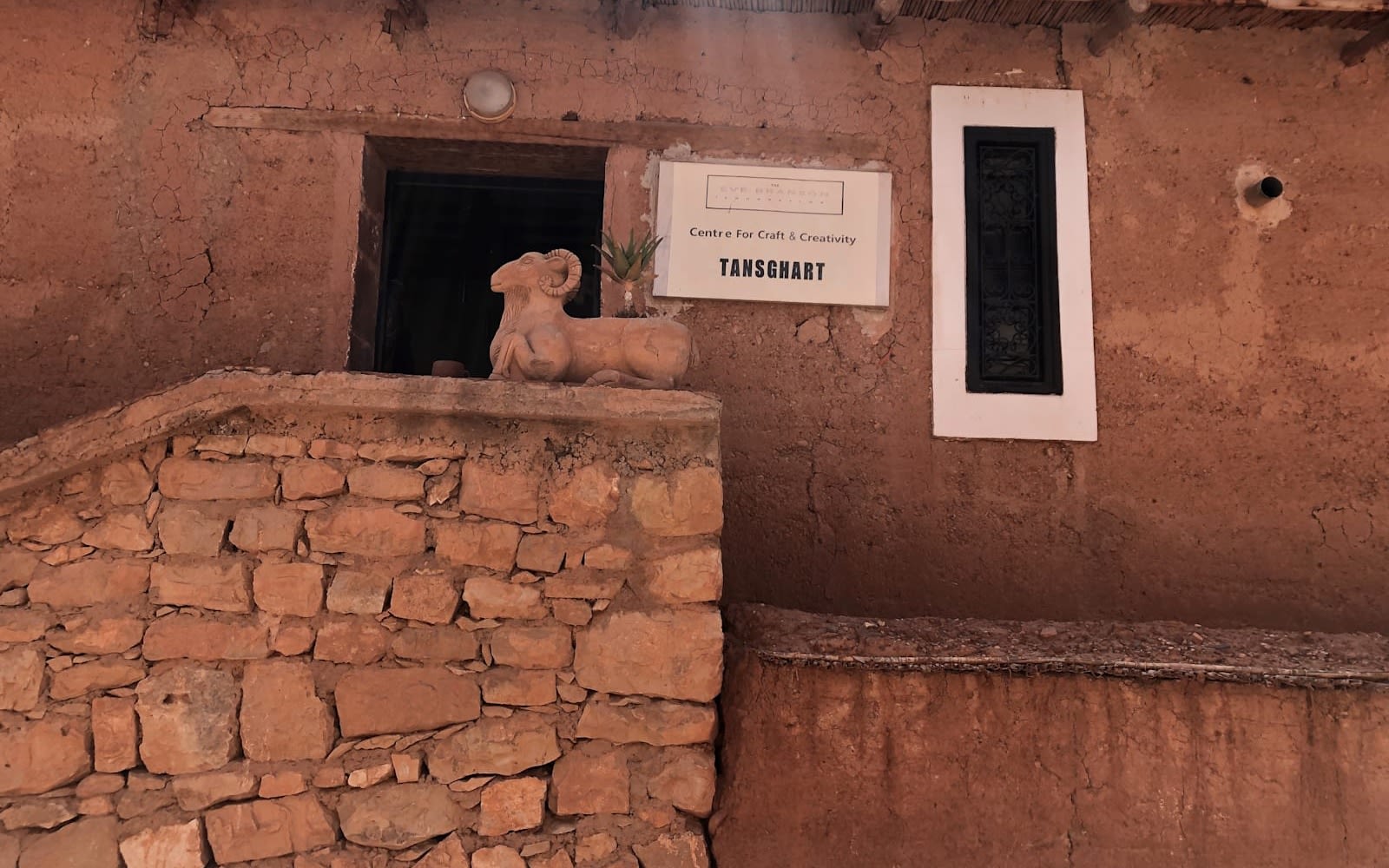 It was such an incredible day and Zoubair is the most insightful guide. He has worked with us since day one and has overseen the progress of more than 600 students to date.

I also bought my grandchildren some linen tunics that were embroidered by the young women of the Tansghart Craft Centre with the help of Amina, who has now been teaching students at the weaving centre for over 10 years. 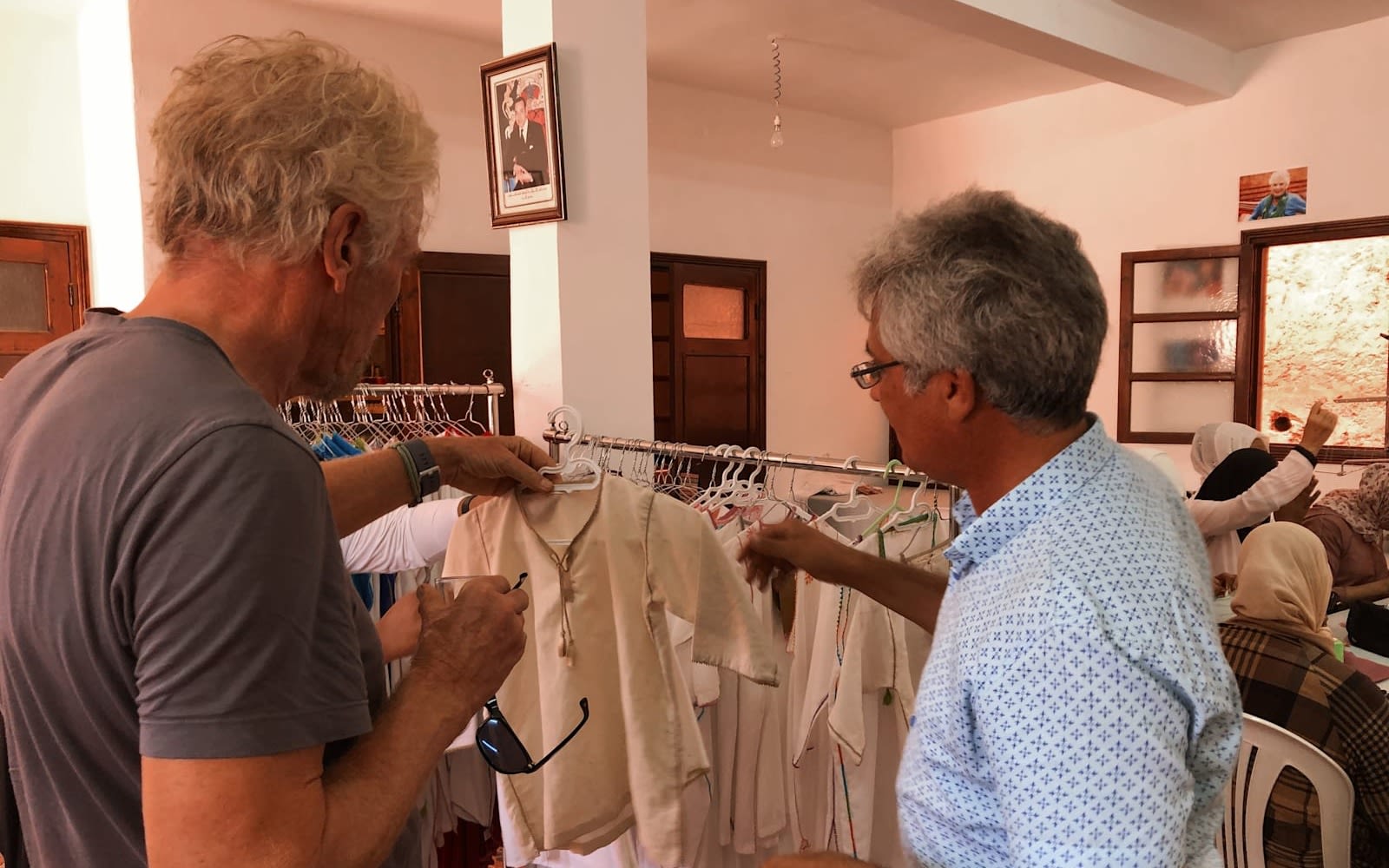 “Eve believes in me and I believe in them,” Amina told me. It was touching to hear my mum’s ethos – to help young people so they can help others – being brought to life by Amina and everyone at the foundation.

It was so wonderful getting an insight into Berber culture and I would highly recommend the experience to anyone visiting this beautiful corner of the world.