Flamingos on Necker and in the Caribbean

It’s so wonderful to see Necker’s flamboyance of flamingos growing bigger and more vibrant each year.

We established the flamingo colony back in the 1980s after they had been extensively hunted inthe previous decades and disappeared from the British Virgin Islands. We now have close to 300 of these beautiful pink birds living on Necker with us! Flamingos are one of my favourite animals in the world, and it’s incredible to watch them fly over the island every morning and evening. There’s something extra special about watching on as they teach their young ones how to fly and, most importantly, how to land. 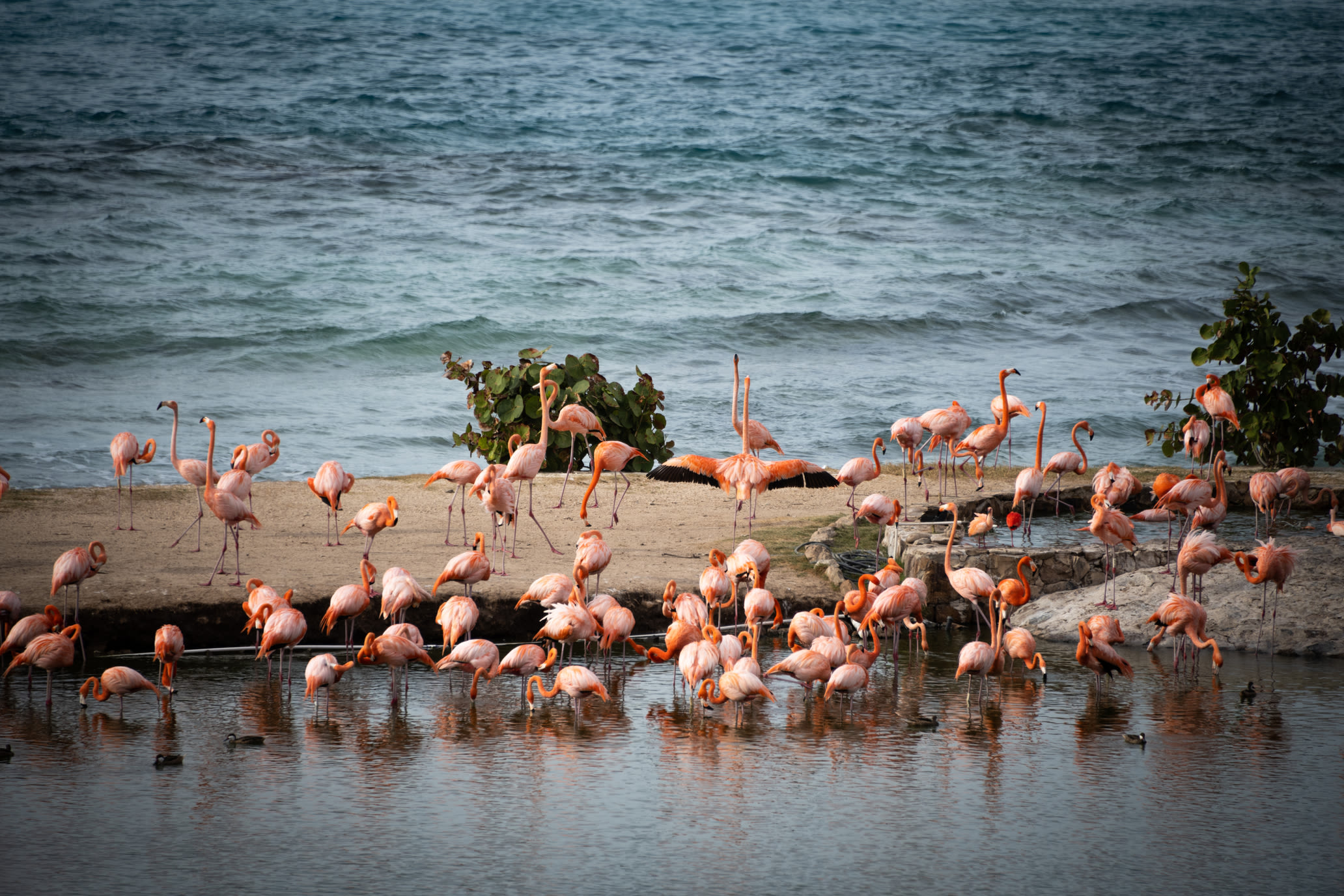 The health and abundance of the flamingos on Necker all comes down to our amazing wildlife team, led by Vaman Ramlall. Vaman has worked with us for nearly 15 years and he nursed hundreds of animals back to health following Hurricane Irma in 2017.

During some tricky breeding seasons, Vaman has been known to hand-feed the baby flamingos and has even taught them how to walk and swim. We name them all individually and Vaman keeps us updated on how they are all doing, especially during the crucial breeding season.

Before Hurricane Irma, our flamingo colony had grown to include over 600 brilliantly pink birds. In the days leading up to the hurricane, many sensed the coming danger and fled the ponds.

However, around 150 chicks had just been born and were unable to fly. Along with their parents, these young ones were forced to stay on the island and face the coming storm. The aftermath was truly devastating, but I will always be grateful to Vaman and the rest of the team for working around the clock to protect the wildlife that survived and help re-build their habitats. 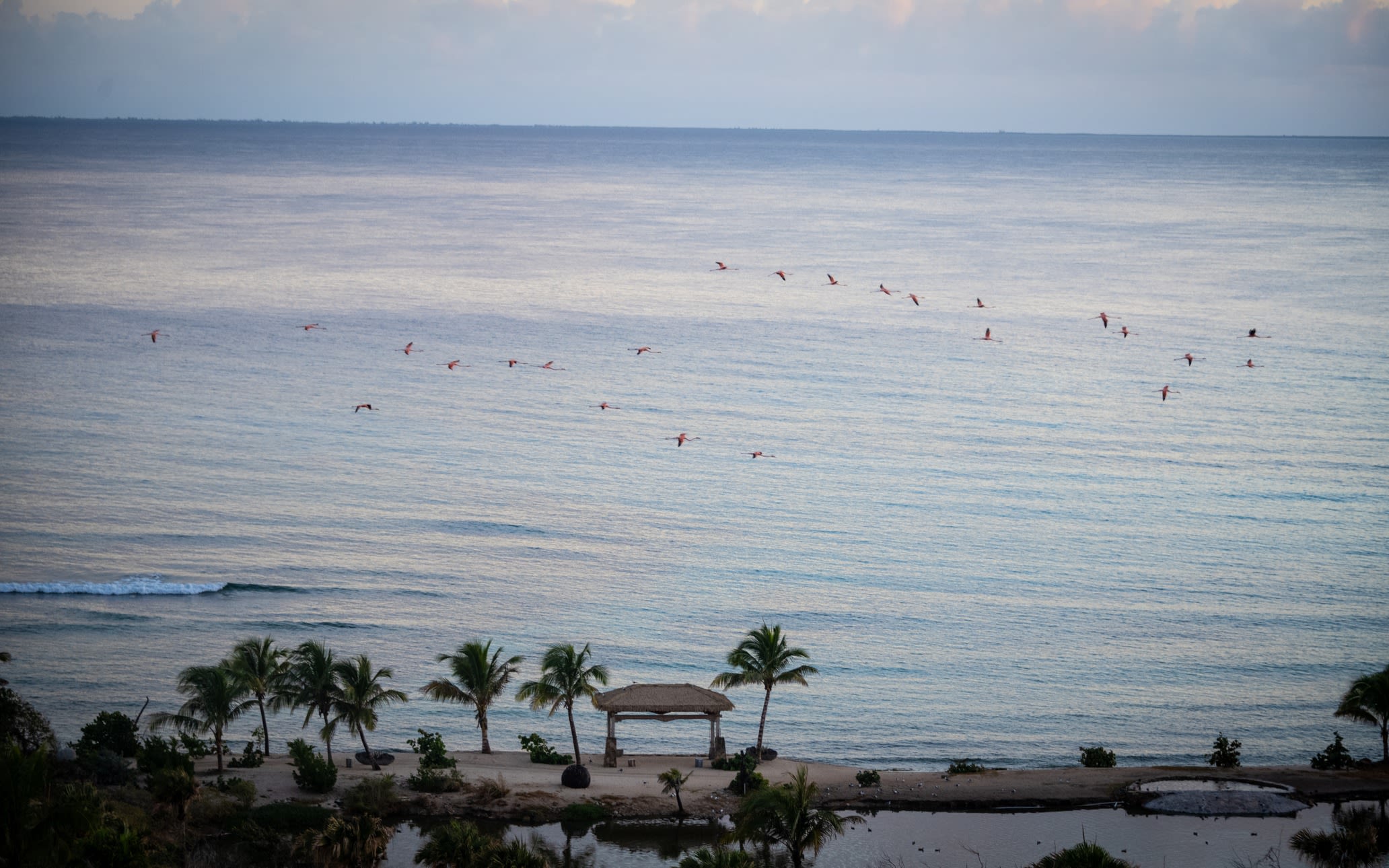 Three years on, and it’s very special to see the flamingo colony grow larger and stronger each year and spreading their wings elsewhere in the BVI and the Caribbean. The nearby island of Anegada now has a nesting colony and so does the salt pond behind Josiah's Bay – the most famous surfing beach in Tortola. In the three years following the hurricane, the flamingos remained cautious and began breeding on the island of Tortola, but we’ve noticed movements and nesting habits that suggest they’ll return to breeding on Necker this summer!

A lone flamingo from Necker Island has also been spotted in a salt pond at Compass Point on St. Thomas in the US Virgin Islands, another positive sign of the birds’ growing presence.

It’s truly amazing to witness these brighter horizons and to watch on as the flamingos builds back more vibrantly each year. I’m so grateful to Vaman and the team for being so dedicated to the wildlife on Necker, and I’m very much looking forward to what this next breeding season will bring!