Such a pleasure to join Prime Minister Holness, President Moreno, Usain Bolt and many other wonderful people for the launch of the Caribbean Accelerator.

We want to create the world’s first climate-smart zone. We can build a greener, stronger and more resilient Caribbean that’s powered by clean, sustainable energy and accelerated by sound public and private investment. It’s truly remarkable that 26 Caribbean nations have signed up – countries with a combined population of 40 million people, covering one million square miles. I am also delighted to see that more than 40 companies are supporting it. 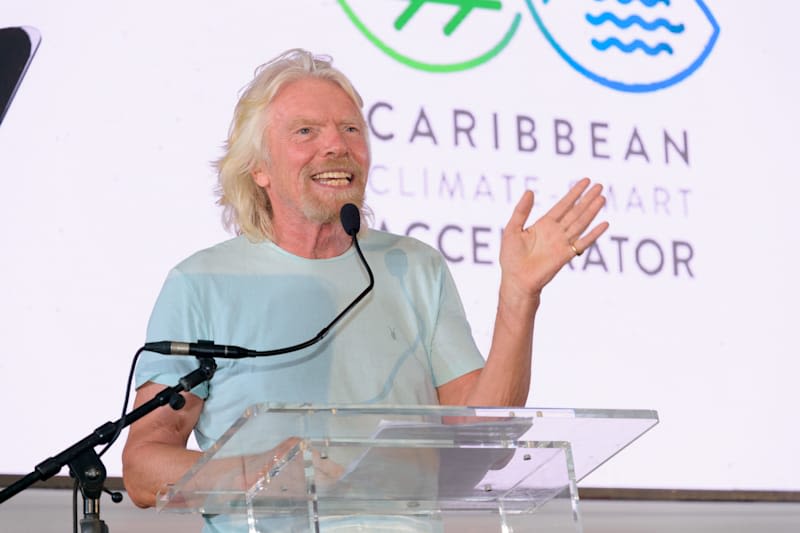 It’s so wonderful to see such strong Caribbean leadership and the enthusiasm to turn what may appear like an enormous challenge into a real opportunity. Jamaican President Andrew Holness joked that I was the only one who was dressed appropriately for climate change - I dressed down for the Jamaican heat in a t-shirt, trousers and sandals. It was such a sweltering day and I thought he looked a bit hot, so I got up on stage and helped him take his tie and jacket off (if I’d have had some scissors to hand I would have cut his tie off – I always think people are far more relaxed and comfortable without them). 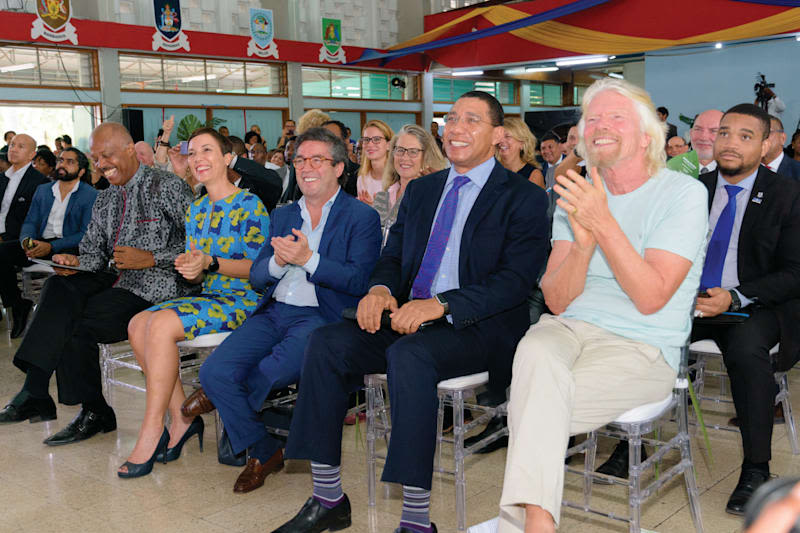 We also took some time to reflect on why a climate-smart zone is needed in the Caribbean. Less than a year ago, many parts of the Caribbean were hit by Hurricanes Irma and Maria in the space of a few weeks. While many Caribbean islanders lost everything, I’ve lived in these parts long enough to know that very few would lose their spirit. The Caribbean spirit is a formidable thing, and I never had any doubt that Caribbean people would bounce back, not by simply returning to business as usual, but by forcefully rejecting the idea that destruction and suffering will be the new normal. From the depths of disaster emerged a new narrative, a story of hope, resilience and opportunity. Let’s build a clean and resilient Caribbean, together.

It was great to catch up with Usain Bolt, who is the ambassador for the Caribbean Accelerator, and congratulate him on his trial with the Central Coast Mariners. Usain got up on stage to announce the Accelerator Speed Award, which will challenge countries to lead the way towards a climate smart zone. He joked that he’s used to winning and he hopes Jamaica is the first country to take home the award. I hope he inspires everyone to move fast to make change happen. 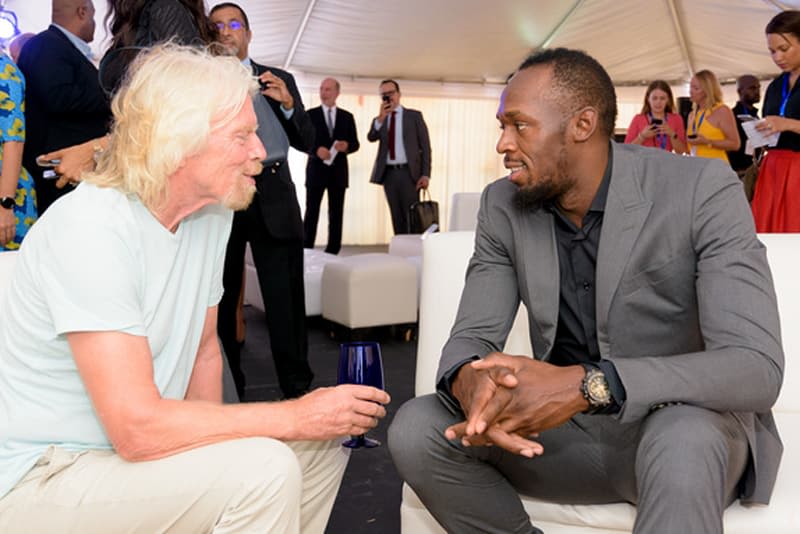 Richard Branson and Usain Bolt Image from the Caribbean Accelerator

It’s great to see projects already in the works. Here’s a snapshot of what’s going on:

I look forward to helping to bring the Accelerator to life as a spark of hope for island nations all over the world. Find out more about the Caribbean Accelerator here.