Incredible to celebrate the 45th anniversary of Virgin Records and to remember how the story of Virgin began with music.

Back in 1970, my friends and I noticed a gap in the market for selling cut price records by post, so we launched Virgin Mail Order. What started out as a relatively small operation grew into something phenomenal. Demand got so high that just one year later we opened our first Virgin Records store on Oxford Street. Dealing with a lot of major music labels, we quickly realised that industry was ripe for disruption too. There was nothing overly rock and roll about the way artists were treated or records were produced. So we bought a property called The Manor and turned it into a recording studio, and launched our Virgin Records label in 1973; signing Mike Oldfield as our first artist.

He was down at The Manor one day and played a tape to one of his engineers, who rang my cousin Simon draper and myself and said we had to hear it. We loved it right away – the problem was, we didn’t have a record company. I told Mike to come over and talk, and I said let me try and find a record deal for you. I approached six different companies but they wouldn’t sign him – it was quite a unique sound like nothing they’d heard before, and therefore it was a risk. But it was a beautiful haunting tape that moved all of us and we felt the record should see the light of day and couldn’t understand why no one would put it out.

I said screw it, let’s start a record company and put it out ourselves. If we hadn’t heard the tape we never would have started a label. It was an odd situation; we had our first artist but I had no idea how to run a record company and had to learn really fast. If I did have experience in music – like all those others who turned it down – I probably wouldn’t have gone ahead.

My lack of knowledge and experience was a huge benefit.

Tubular Bells went on to be one of the biggest selling albums of the decade and the soundtrack to The Exorcist. It’s incredible to think that if Mike hadn’t left his demo tape with us and we hadn’t listened to it, how different our paths might have been. Fast forward a few decades, and Virgin Records was the biggest independent record label in the world, signing bands like the Rolling Stones and sex pistols, and now Virgin is a global brand.

I’m truly delighted that Virgin Records has consistently been the #1 performing music company in the UK for the past five years. Virgin Records is home to some incredible talents – including Taylor Swift, James Bay, Bastille, Chvrches, Niall Horan, Shawn Mendes and Florence + The Machine amongst many others. 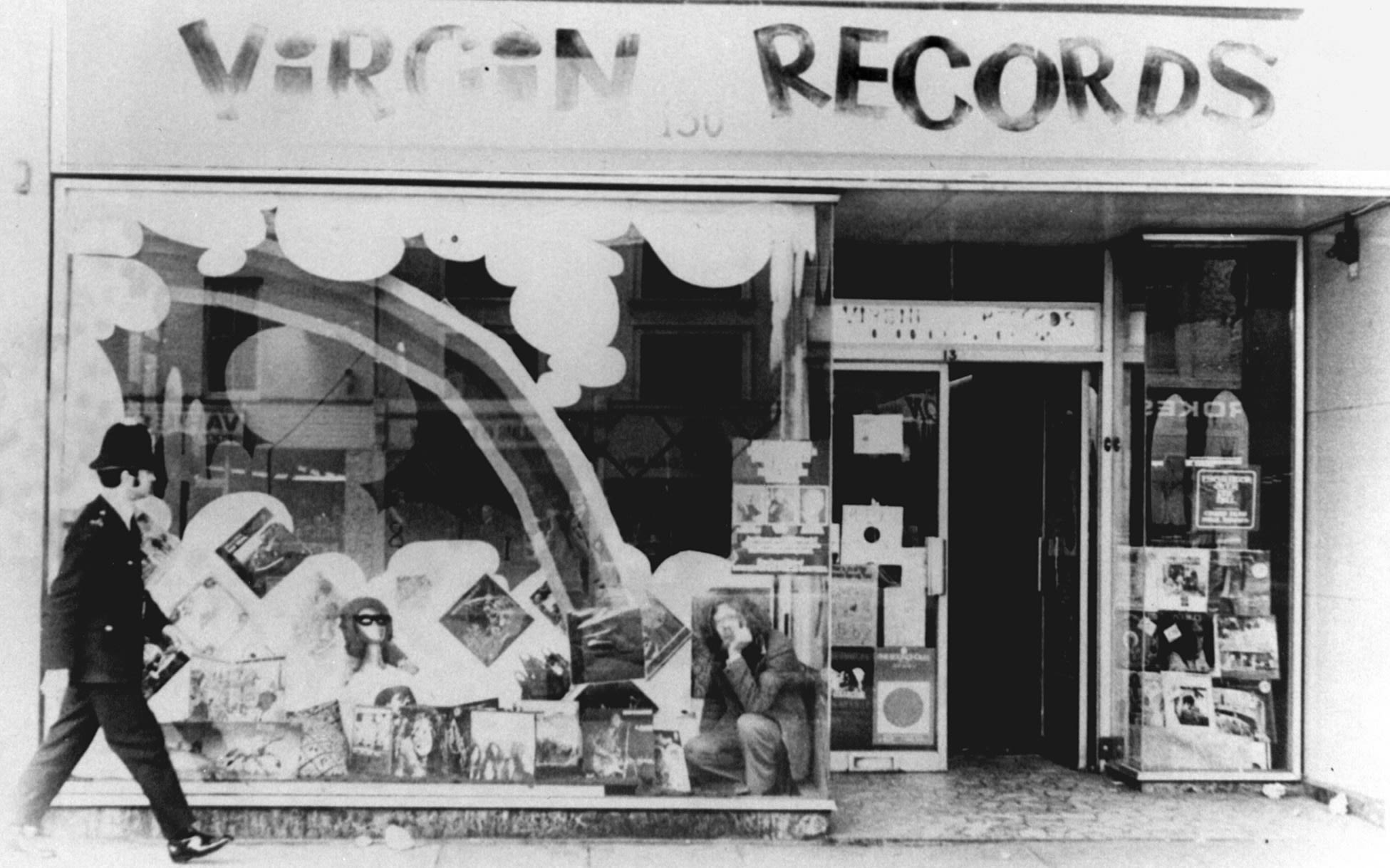 It’s wonderful to celebrate their 45th anniversary and I hope they keep going from strength to strength.