Being a shark for the day

Last night I was thrilled to be a guest judge on Shark Tank and get to be a part of a show that helps entrepreneurs turn their ideas into a reality.

I think many aspiring entrepreneurs watch the show and I hope it gives them the confidence to believe in themselves and think ‘I can do something like that’.

The set of Shark Tank was buzzing with excitement and I felt honoured to be sitting next to some of the quickest minds in business. It was a full day of filming and listening to some very innovative pitches. Thankfully, the crew on set knew exactly what I needed to get me through a long day - a cup (or ten) of tea. 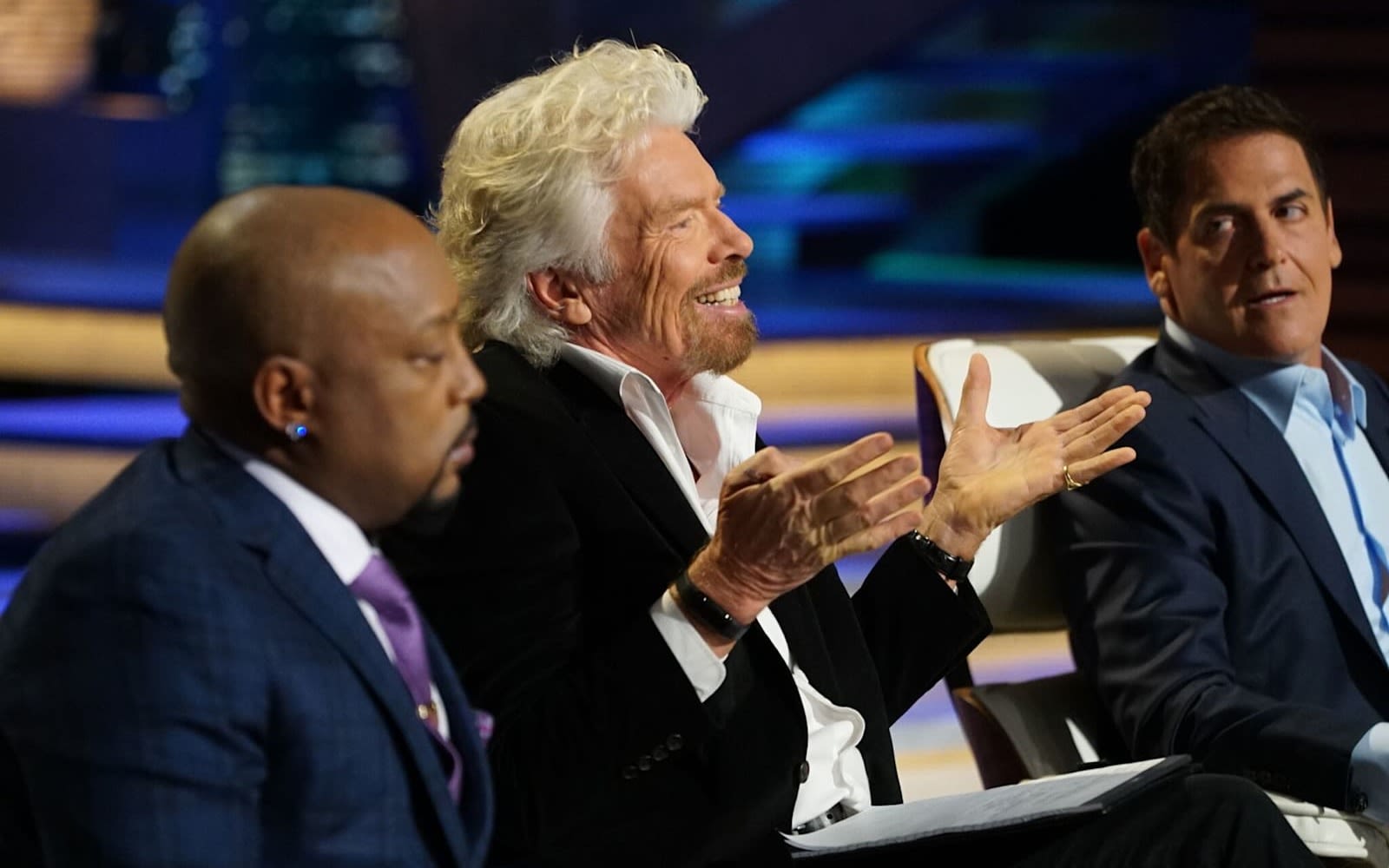 It was inspiring to learn about so many different companies, with entrepreneurs from all backgrounds, industries, and ages. Each pitch brought more excitement and my fellow sharks were in fine fighting form. I was lucky to get a word in! I got my sea legs after a while, and felt like a true shark after I made my first offer.

I can’t wait to see how my investments play out. One idea I invested in is Locker Board, where a 12-year-old entrepreneur named Carson designs and produces upcycled skateboards that fit into backpacks and lockers. Carson and his family currently collect the recycled skateboard decks and chop, saw, drill, and paint them all in their garden, although with all of the new orders they have enlisted some manufacturing help.

It’s great to see the spark to want to solve a problem and make that into a business that can improve the lives of the people around you from such a young entrepreneur. I see a lot of myself in Carson – I began dabbling in business from a very young age – although I have to say I think his idea is much more solid than my childhood plans to breed budgies or grow Christmas trees.

Another idea I went for is Sierra Madre Research, an outdoor gear and equipment company led by husband and wife team Richard and Julie Rhett. My favourite Sierra Madre product is a lightweight hammock that you can take camping. I’m a huge lover of the great outdoors so it really appealed to me to be able to pitch up anywhere. These hammocks even have thermal insulation to keep you warm and easily fold down into your backpack – perfect for the cold British countryside.

My dream as a kid was to get out in the world and change it for the better, and that’s what Virgin is all about. We jump in where we feel people aren’t doing it very well and try and do it better. Locker Board and Sierra Madre are also purpose-focused businesses, which is well aligned with how my Virgin businesses operate. Locker Board donates $1 from each board sold to the Tony Hawk Foundation, which seeks to enrich the lives of youths through skateboarding. Similarly, Sierra Madre Research donates a portion of its proceeds to help increase access to clean water. I also agreed to donate any proceeds from my investment in Sierra Madre to a charitable organisation and I am looking forward to seeing how they can work with Virgin Unite to further this mission.

I’ve never been interested in making lots of money – I like creating things. The by-product of creating successful things is money. I’m always really happy to be involved in anything that helps people’s dreams come true and I hope this sets Carson and Richard on a path to success. 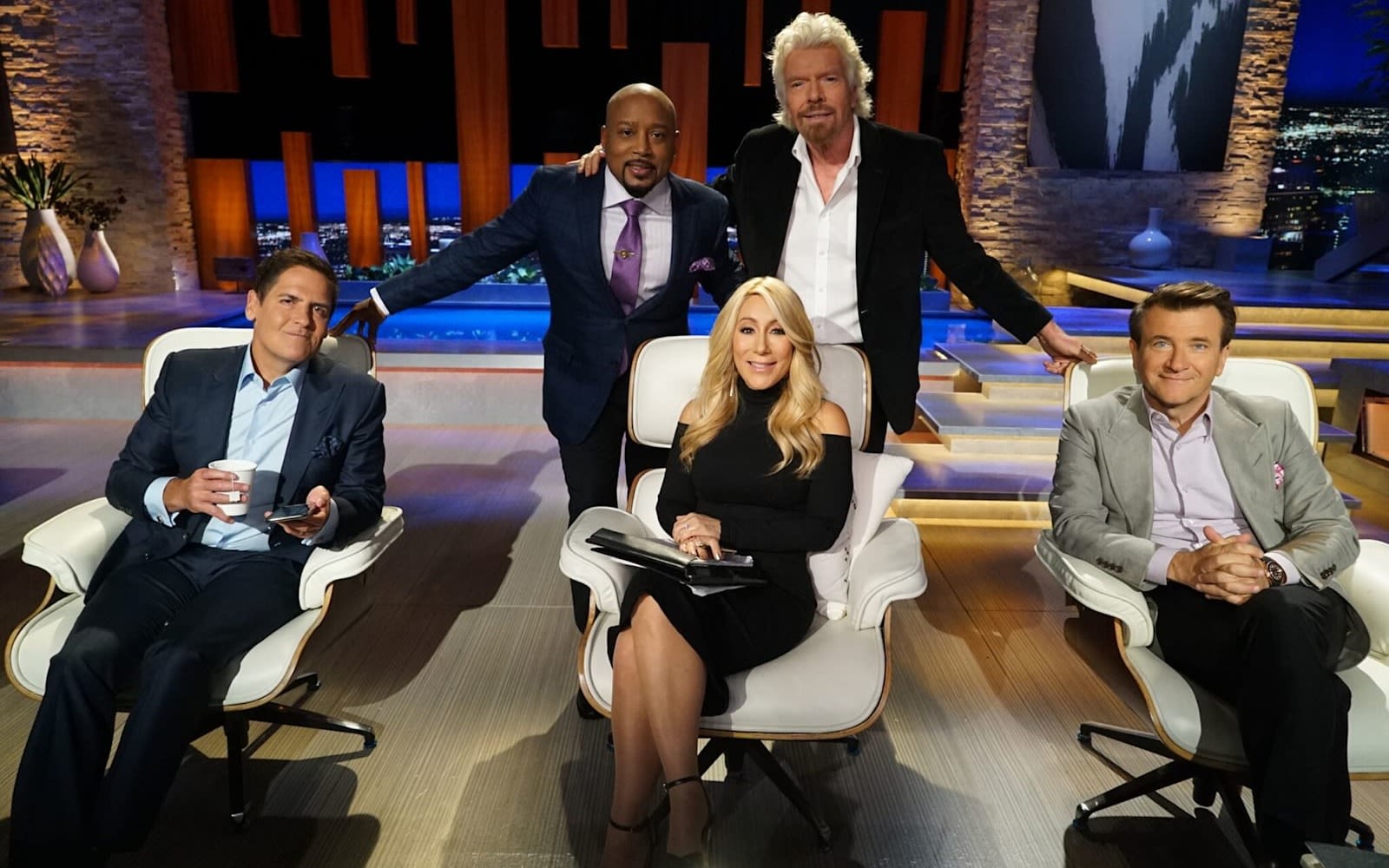 There was even a moment of madness when I had a little misunderstanding with Mark Cuban. During the pitch for a meditation app called Simple Habit, Mark called one of the entrepreneurs a gold digger – which I thought was rather offensive. I didn’t realise the word ‘Gold Digger’ was used on the show to mean someone who doesn’t need the investment money but comes on Shark Tank for the free publicity. I tried to fight for her honour, and Mark called me out for not understanding the show. I playfully threw a little water over him, thinking he was giving me the go signal to do so, but he wasn’t at all impressed with the impromptu shower, so threw some water right back at me.

Although I always enjoy a good water fight, it was clear right away that Mark was not pleased. I went backstage after the shoot to apologise and jokingly offered to shine his shoes while he tried to dry up. Luckily, he had a spare shirt! He then saw the lighter side of the incident and later accepted my apology.

It was so much fun to be involved with Shark Tank and I hope it inspires the next generation of entrepreneurs to chase their dreams.