“Are we family, or are we just friends?”

Before visiting Kyiv this week with Shannon Sedgwick Davis, I was hopeful that NATO member states, alongside the rest of the civilised world, would do everything they could to supply Ukraine with the weapons and tools needed to prevail in this conflict.

Having spent time with President Zelensky and Foreign Minister Dmytro Kuleba and after surveying some of the destruction Russia’s attacks have wrought, even in the relative security of Ukraine’s capital, I am much more concerned. I left with a growing sense that there is so much more that Ukraine’s allies in the world should be doing. And that they need to do it quickly to ensure Ukraine prevails. As Foreign Minister Kuleba put it: “The problem with the West is that we tend to get the right answer, but always slightly too late. If the West had been ready to defend Ukraine earlier, the war could have been avoided.”

Whilst appreciative of the EU’s acceleration of Ukraine’s candidacy status, the Foreign Minister then described what he called the two models of nations dealing with one another. “One model is that you help someone because they are a nice person, or you help someone because they are part of the family. After the enormous suffering Ukraine has been through, we need be recognised and helped as part of the family. Once you realise it’s your family who is fighting, you realise it’s your war and the politics as well as the optics will change.”

He acknowledged that the situation would of course be much worse without the support the West has already been giving, but stressed that the end game “is all about mathematics”. Russia’s arsenal of available weapons far outnumbers that of Ukraine, and the situation has gotten worse with every day the war drags on. “At the beginning of the war, we had 800 artillery pieces and warehouses full of supplies, but within the first month, we ran out of ammunition,” the Foreign Minister said. “If you take the example of the HIMARS multiple rocket launch system: we have been given four units, but we need closer to 200 right away.” 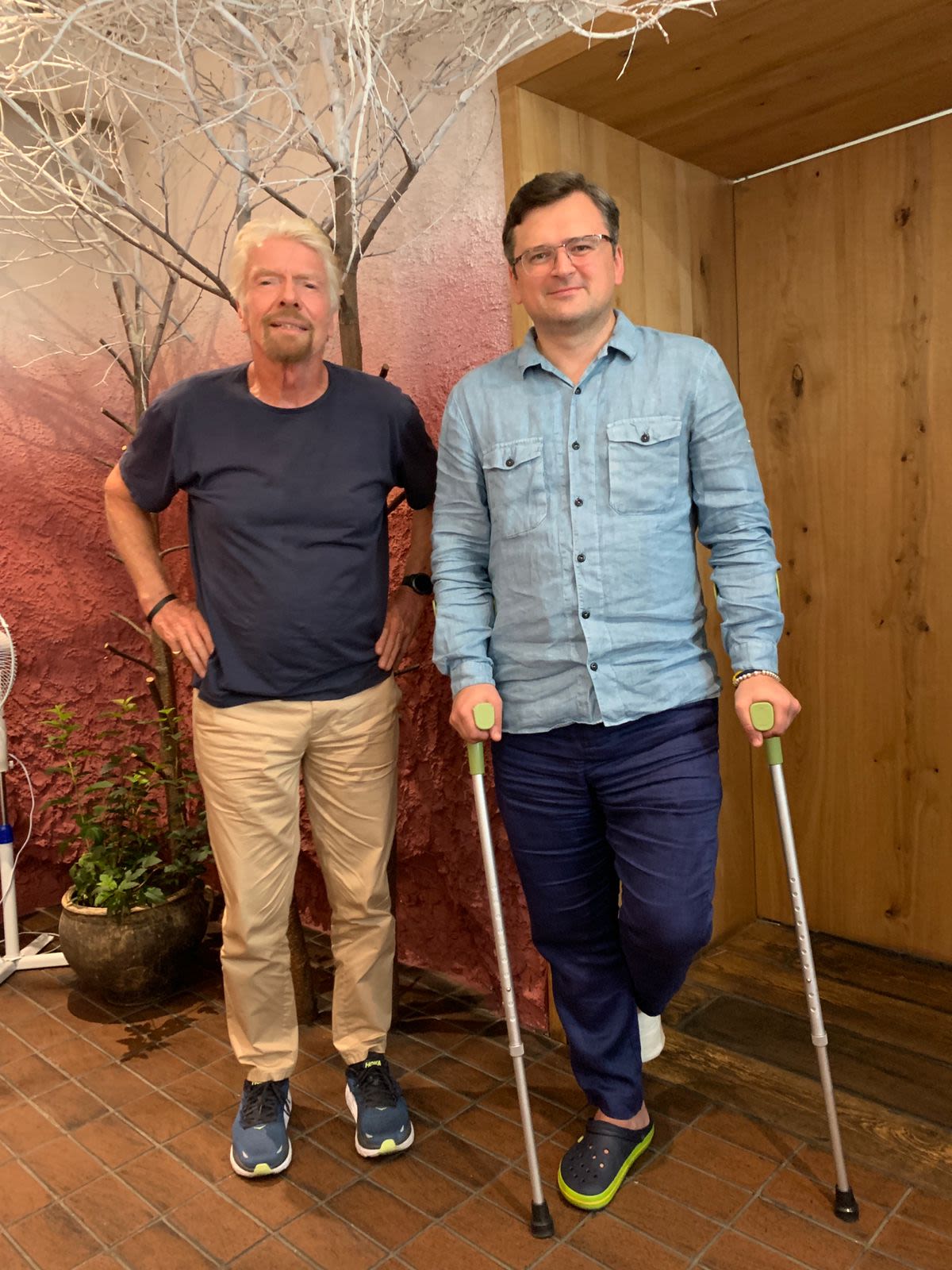 One cannot dismiss Minister Kuleba’s words as too alarmist or unreasonable. Ukraine has already suffered enormous losses and it’s only due to the bravery of its armed forces that Russia’s calculation for a quick victory has failed. If the West ramps up arms deliveries and does so swiftly, Russia’s advance can be stopped and further territorial losses be avoided. In the absence of a no-fly zone over Ukraine, that also requires new air defence and missile systems – systems that some countries have and are ready to supply – but must do so in the next two or three months, not two or three years. “All these countries need to see Russia fail and Ukraine win, for obvious reasons,” he added.

The conversation then touched on the current sanctions regime, which has already impacted Russia’s economy, but sadly not enough to prevent Russia from receiving revenues that allow Putin’s war machine to continue operating. We agreed that freezing Russia’s sovereign assets has been a crucial step, but those assets must not just be frozen and kept in place; governments must pass laws (like Canada has done) to make these assets available to Ukraine, to cover the immense financial burden the country has to shoulder on top of the human toll. The truth is that Putin is ready for many months and years of a slow-grinding war. The only way to stop him is to make him pay for it.

“Are we fighting a war, or are we still in 50/50 mode?” the minister asked. “We must fight to win.” He pointed out that this fight needs to extend to other economic sectors, like the shipping industry. Greece, for instance, is a member of NATO, but its shipping industry continues to transport Russian oil. You cannot win a war with loopholes the size of an oil tanker. 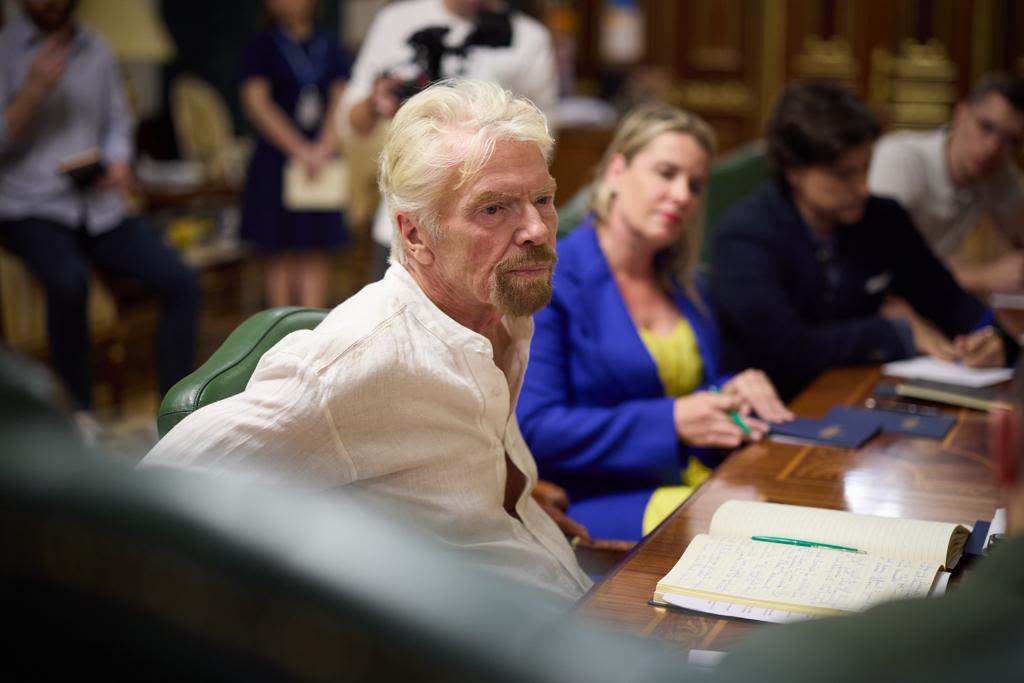 To those thinking that Putin and his regime can be reasoned with at the negotiating table, Minister Kuleba offered a sobering assessment: “Putin feels very confident, and he feels the West is weaker than him,” he said. “The diplomatic track is dead. Putin’s approach is that the only way for Ukraine to end the war is to give in. He is out for complete capitulation. This war is really existential for him – it’s either them or me. And if Ukraine loses, Ukraine ceases to exist. If Russia loses, we have a completely different Russia.”

President Zelensky echoed his foreign minister’s words. He also stressed the importance of weaning Ukraine and the rest of the world of fossil fuels and manage the transition to cleaner energy, including widespread adoption of electric vehicles. It’s a point many of us have raised before. 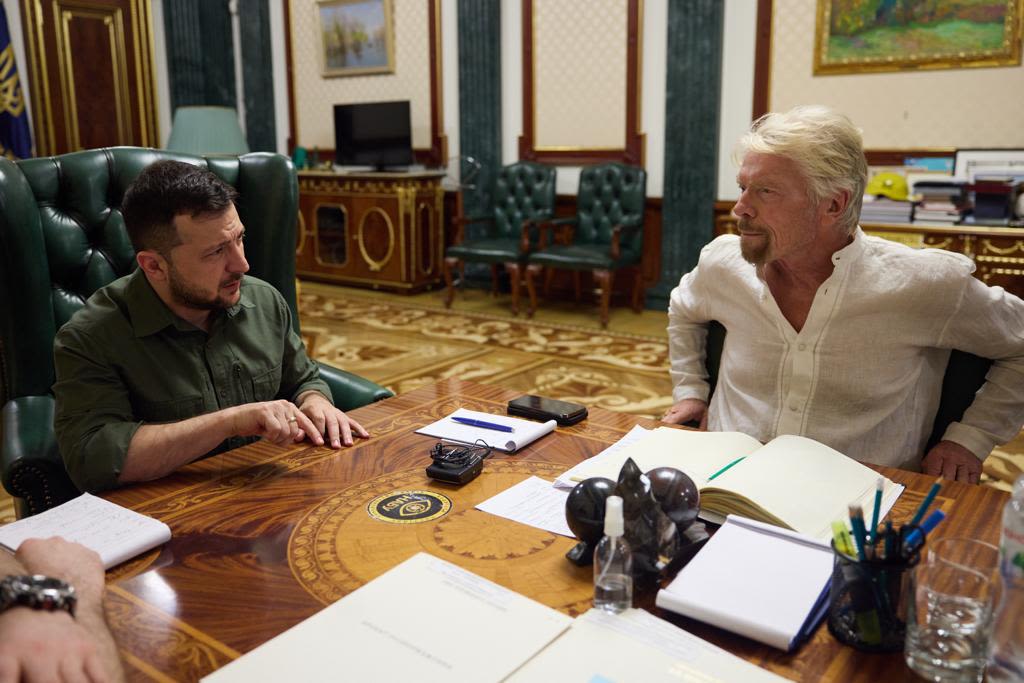 But the President knows that time is of the essence, adding his concern that people in the West may soon grow tired of the war, which would play into Putin’s hands. That’s why I’m glad I went. President Zelensky explained why we must keep this conflict at the forefront of our minds and show solidarity and unity – if my visit helps to do that in any way then it is worthwhile. Ukrainians are not just fighting and dying for their own survival, but for the survival of a free and democratic world. This brave nation, staring down the barrel of an aggressor who threatens all of us, must be given all that we’ve got.

Helping children with cancer in Ukraine