Six years ago, when Virgin Unite incubated and launched Ocean Unite with a wonderful group of partners, the idea of protecting 30% of the ocean by 2030 was little more than a glint in the eyes of some.

Today, the 30x30 target is supported by more than 100 countries, backed by billions of dollars in pledges, and (hopefully) on the brink of becoming a flagship goal officially supported by the 193 countries that are members of the UN Convention on Biological Diversity. Not that we’ve waited for a global deal to get to work on the water. During those six years, Ocean Unite (in close collaboration with partners) helped to strongly protect well over five million km2 of ocean around the globe, providing vast safe havens for whales, sharks, turtles and the wondrous wildlife that inhabits seascapes from coral reefs to deep ocean trenches.

Elevating 30x30 from a campaign rallying cry to an official global goal is a phenomenal achievement and I am incredibly proud of the pivotal and collaborative role Ocean Unite played in this effort. The scale of this success is also one of the reasons the organisation is now setting its sights on new challenges.

Starting in early 2022, Ocean Unite will embark on an exciting new phase and shift its focus to driving investment into tackling ocean risk and building coastal resilience. And this new mission will be accompanied by Ocean Unite folding into one of the initiatives it co-created, the Ocean Risk and Resilience Action Alliance (ORRAA). 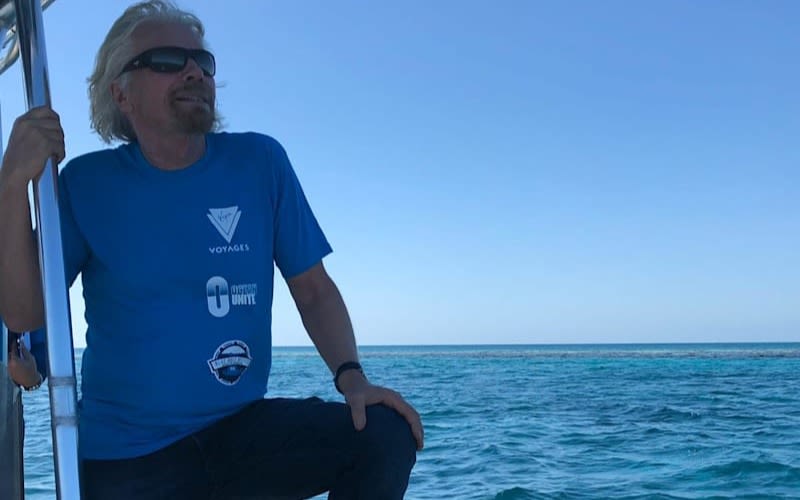 The time is right. Ocean Unite is answering a resounding call for more action and innovative financial models to boost coastal resilience. As ORRAA, it is uniquely positioned to make a difference to help reduce the potentially life-threatening impacts of ocean risk and enhance the resilience of billions of people in climate vulnerable coastal and island areas. Working with Ocean Unite over the years as part of their leaders network was a whirlwind of nautical adventures and game-changing moments. One minute we could be imploring ministers to protect precious ocean areas at the UN Ocean Conference in New York, the next, appearing on the Late Show with Stephen Colbert or welcoming a new shark sanctuary in the Dominican Republic. But perhaps the proudest moments came when we saw all the calls for ocean protection increasingly echoed in government policies and pledges by big business. And that includes Ocean Unite’s pioneering role in raising awareness about ocean risk. From co-hosting the first ever Ocean Risk Summit in Bermuda in 2018, to spearheading the launch of ORRAA and securing its endorsement by the G7, this work has seen ocean risk and resilience rising rapidly up international agendas.

ORRAA now has more than 40 members and enjoys support from the UN Secretary General’s Climate Action Team and the Race to Resilience. The Alliance had a prominent role at COP26 in Glasgow, and has just launched the #BackBlue Ocean Finance Commitment to drive more investment in coastal resilience and nature-based ocean solutions. With a new name, new partners and new challenges to overcome, ORRAA’s fight for the ocean will go from strength to strength. My warmest congratulations to ORRAA. I know that the Ocean Unite spirit will continue on, helping to catalyse a trailblazing era of proactive global action to defend against ocean risk. Thanks to everyone who has worked with Ocean Unite to mobilise political will across the world and make the global call for ocean protection one of the defining movements of our time.

Investing in the ocean to fight the climate crisis

My Octopus Teacher has lessons for us all