20 years since flying around the world in a balloon

Incredible that it has been 20 years since we attempted to be the first to fly a hot air balloon around the world. I was recently sent some extracts by a friend from the diary I kept – which was a great surprise as I had a copy but it was destroyed when we had a fire on Necker Island seven years ago. These ones were from exactly 20 years ago today.

Leafing through some of the notes, I was reminded of the great adventure we had and some of its very hairy moments. I was also reminded of the emotional impact these adventures can have on your loved ones. Holly had left messages all over my bedroom before I left, saying: “Dad please wake me before you leave, I love you, Holly.”

Which, of course, I did. I remember the tears in their eyes as we lifted off. 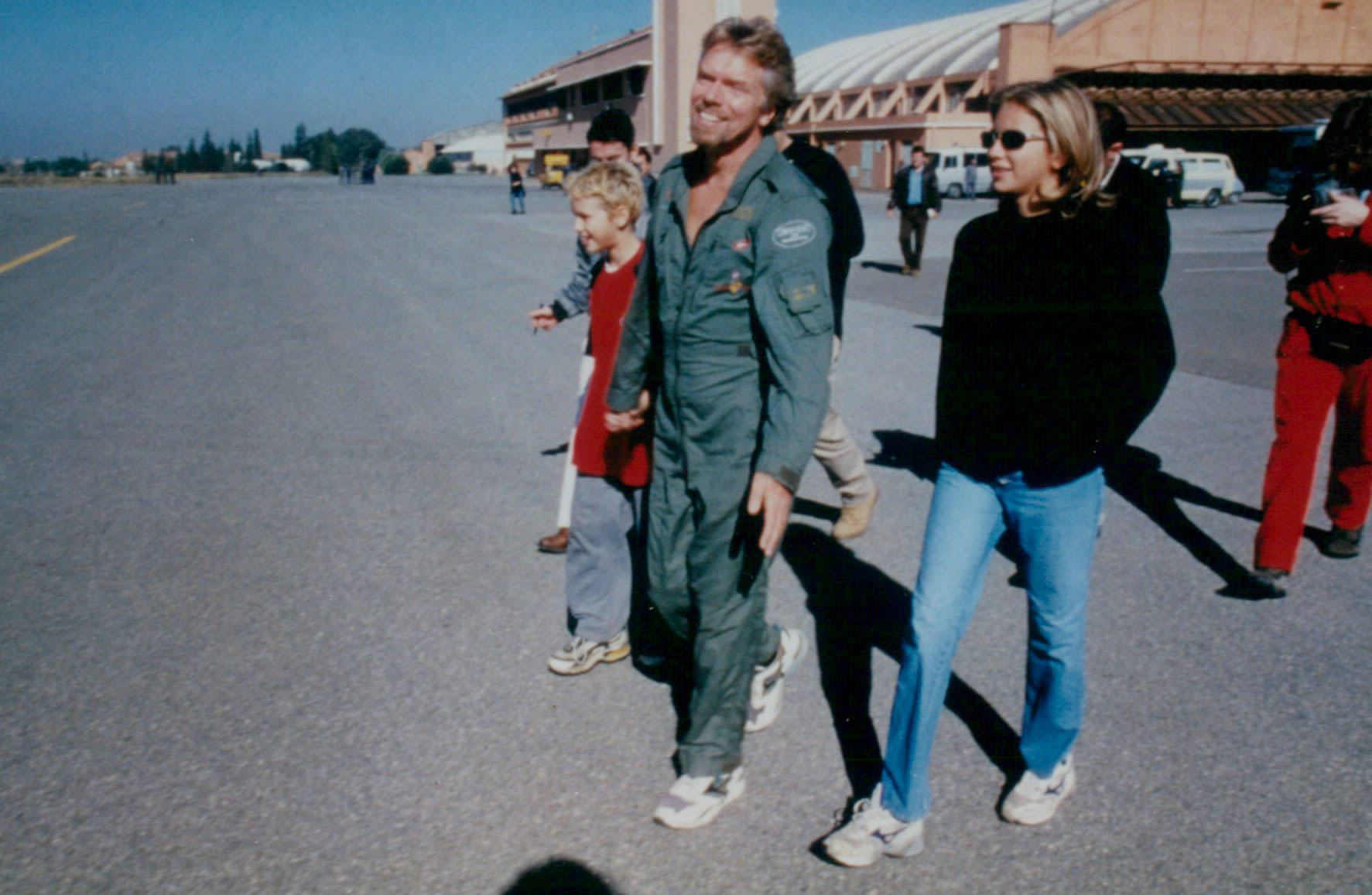 I left Morocco in a hot air balloon, along with my co-pilots Per Linstrand and Steve Fossett, and attempted to circumnavigate the globe. My diary recounts how we violated Chinese air space, while accidentally crossing the Himalayas. Luckily we missed Everest and K2 and managed to steer between them, “more by luck than skill this time”. I said how exquisite the mountains looked in the day, but how eerie it felt to be flying over them at night.

But having been swept into the Himalayas meant we were going to cross 150 miles north of where the Chinese were expecting us and they had revoked our permission to cross China. “We had no choice but to enter,” I wrote, “We couldn’t land in the Himalayas, that would mean certain death.” Luckily, we managed to garner some support from diplomats who convinced the Chinese to let us continue our mission – as long as we left Chinese airspace “as rapidly as possible”.

I wrote how as we were leaving the Chinese coast, we were sent a message from England: “Many congratulations, Virgin Atlantic has been given permission to be the only airline to fly from Shanghai direct from England.”

“It’s a strange world,” I wrote, “One minute we are terrified of being shot down over Shanghai in a hot air balloon, the next we are given permission to start flying a 747 from there!” 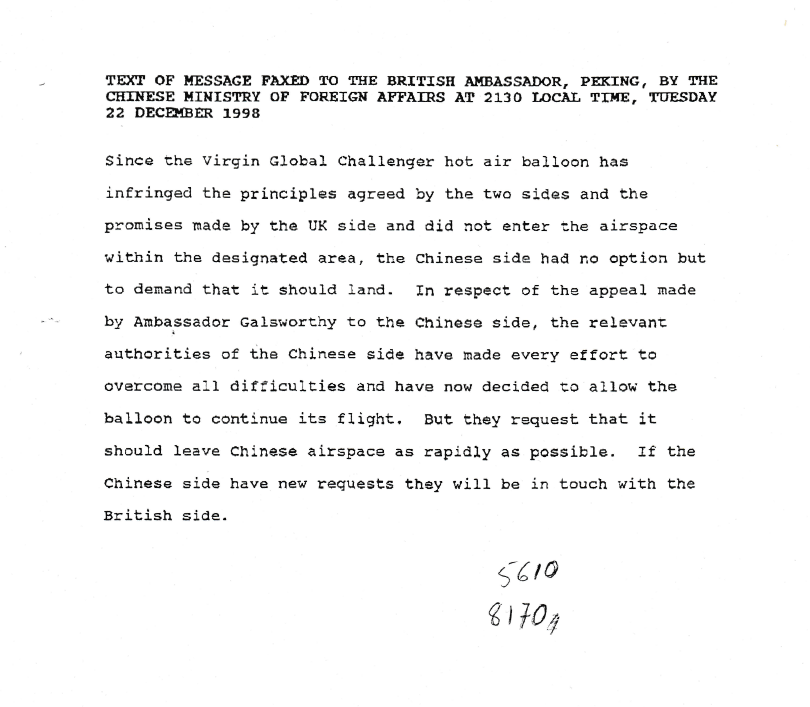 We would have celebrated for longer, had we not now been heading in the direction of North Korea. We reached out to them and to our surprise and delight they welcomed us to fly over!

Despite all our best efforts, our hopes of a world record were swept away by bad weather and we crash landed in Hawaii on Christmas Day 1998 after falling out of a Jetstream. We were thankfully rescued unhurt by US coastguards after landing in shark-infested waters. And we broke plenty of other world records in and out of hot air balloons too.

It’s been lovely reminiscing on the great adventure we had – but I have to say I’m thankful I will be spending this Christmas surrounded by loved ones on firm ground!