This week marks Carers Week in the UK, and it has never felt more important to not only highlight the challenges faced by millions of carers across the UK but also to celebrate and support those who work tirelessly, day in and day out, looking after their loved ones, often with little or no support.  As the pandemic shines a light on the critical role of both paid and unpaid carers – the job, and there’s no doubt that caring is a job, often coinciding with full time employment, has sadly also become more demanding and more isolating than ever.

To raise awareness of the amazing work that carers do, and how we can all work better to support the million of carers in the UK, I reached out to Helen Walker as CEO of Carers UK to discuss the issue at large, and their plans with Virgin Media to connect one million carers and make life a little less lonely. Carers UK launched 50 years ago and is the UK’s only national membership charity for carers. What is so fantastic about the charity is the way it give provides information and support to carers, but also runs campaigns  to change legislation and create lasting change. I was so grateful to Helen for taking the time during an incredibly busy week to chat to me about their work and the millions of carers they support.

Holly Branson in conversation with the CEO of Carers UK

Helen spoke so powerfully about the exhaustion and loneliness felt by a growing number of carers in the UK – and the need to acknowledge their role and their value in society. As Helen pointed out, a carers allowance is the lowest of its type - receiving just £67.60 a week and requiring at least 35 hours a week of caring to be eligible. In contrast, carers added approximately £530 million of value per day throughout the pandemic, by absorbing healthcare responsibilities and diverting resources.

Although the 2011 census indicated there are 6.5 million carers in the UK, new polls suggest the figure is now closer to 13.6 million. Indeed, research conducted by Virgin Media found that one in five of its cable customers was a paid or unpaid carer, an estimated 1.5 million people, which is how the five-year partnership with Carers UK began.

Sending a huge thank you to the millions of carers who work tirelessly to help others. You all deserve to feel visible, valuable & connected. Very excited to see how the work between @CarersUK and @VirginMedia will make this happen: https://t.co/Cm6Ax2BEuP #CarersWeek @CarersWeek pic.twitter.com/u9iqdftw9s

Carers UK have also launched its new research report called Breaks or Breakdown, which highlights how unpaid carers are being pushed closer to breaking point and shows the urgent need for better support. I found these two findings particuarly concerning: 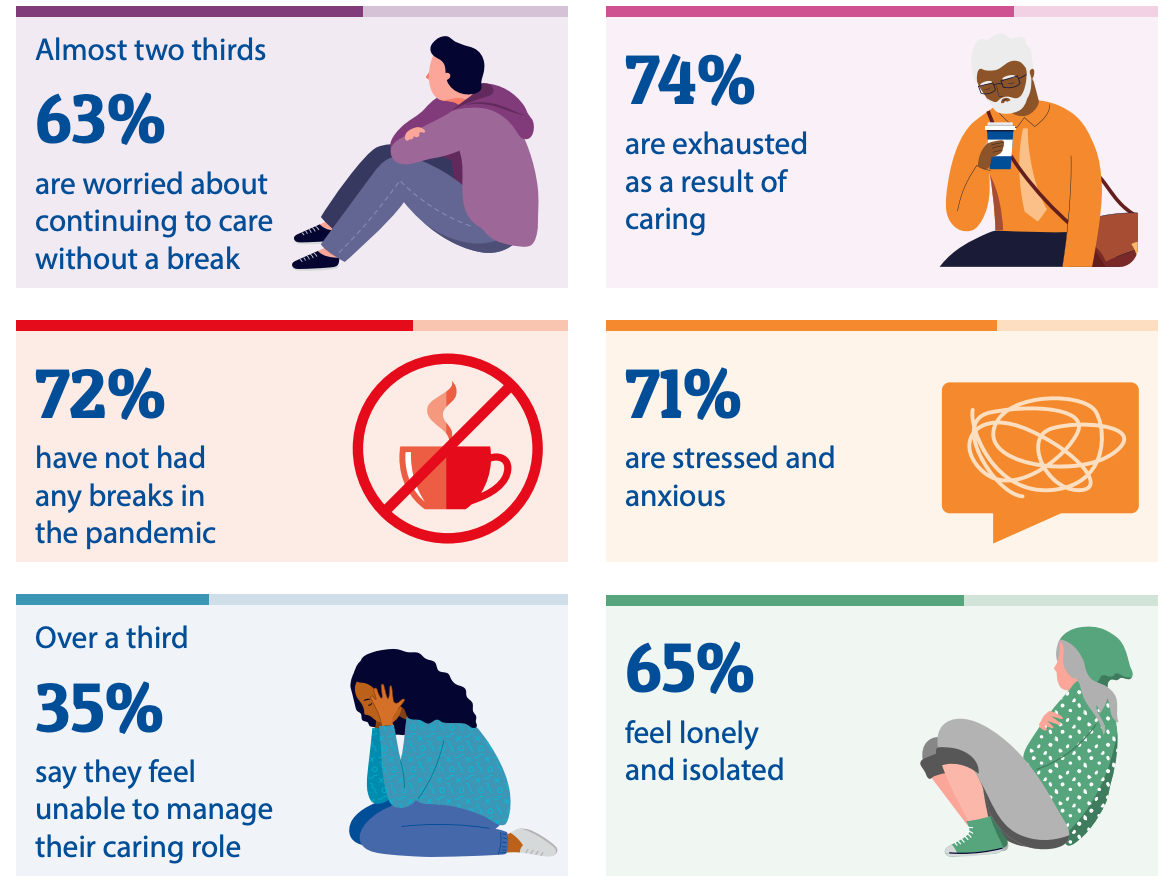 When Virgin Media created its Meaningful Connections Plan, the team reached out to customers, employees and experts about how the business could use its purpose and resources to have a greater impact on communities. The research showed that more than one in one in five of its 5.6 million cable customers in the UK is an unpaid carer – the equivalent of around 1.2 million customers. Given that eight in 10 unpaid carers experience loneliness and isolation, Virgin Media decide to use its technology and innovation to connect one million carers and help them feel less alone.

Virgin Media also looked to the carers within its own workforce to see how they can make the biggest impact and offer more support. This incredible video from some of its team members who are also carers is such an important celebration of the work they are doing behind the scenes.

Did you know today is the first day of #CarersWeek? We’ve partnered with @CarersUK to help connect carers and make life a little less lonely. Watch to find out a little more about what an unpaid carer does ❤ pic.twitter.com/1raq3CVSF4

Thank you so much to Helen for taking the time to speak with me, and an enormous thank you to the millions of carers who work tirelessly day in and day out to make other people’s lives better. You all deserve to feel visible, valuable and connected – and I’m excited to see how the work between Carers UK and Virgin Media will make this happen.

Here's how you can get involved in Carers Week with Virgin Media and Carers UK.

How to create a sense of belonging at work