Before London went into lockdown, we invited two amazing business women and activists to the Virgin Management office to hear about their incredible lives. In these hard times, these stories remind us that there is so much good in the world, and we can endure much more than we think we can.

After overcoming immense adversity, Majeda and Ayah have both been left with a deep desire to make the world a better place - through both business and activism. During the panel, we discussed everything from misconceptions about refugees, overcoming adversity, breaking barriers to secure business funding, the importance of community, and the role of networking and mentorship when building a business (and a new life). Here’s more about their journey. 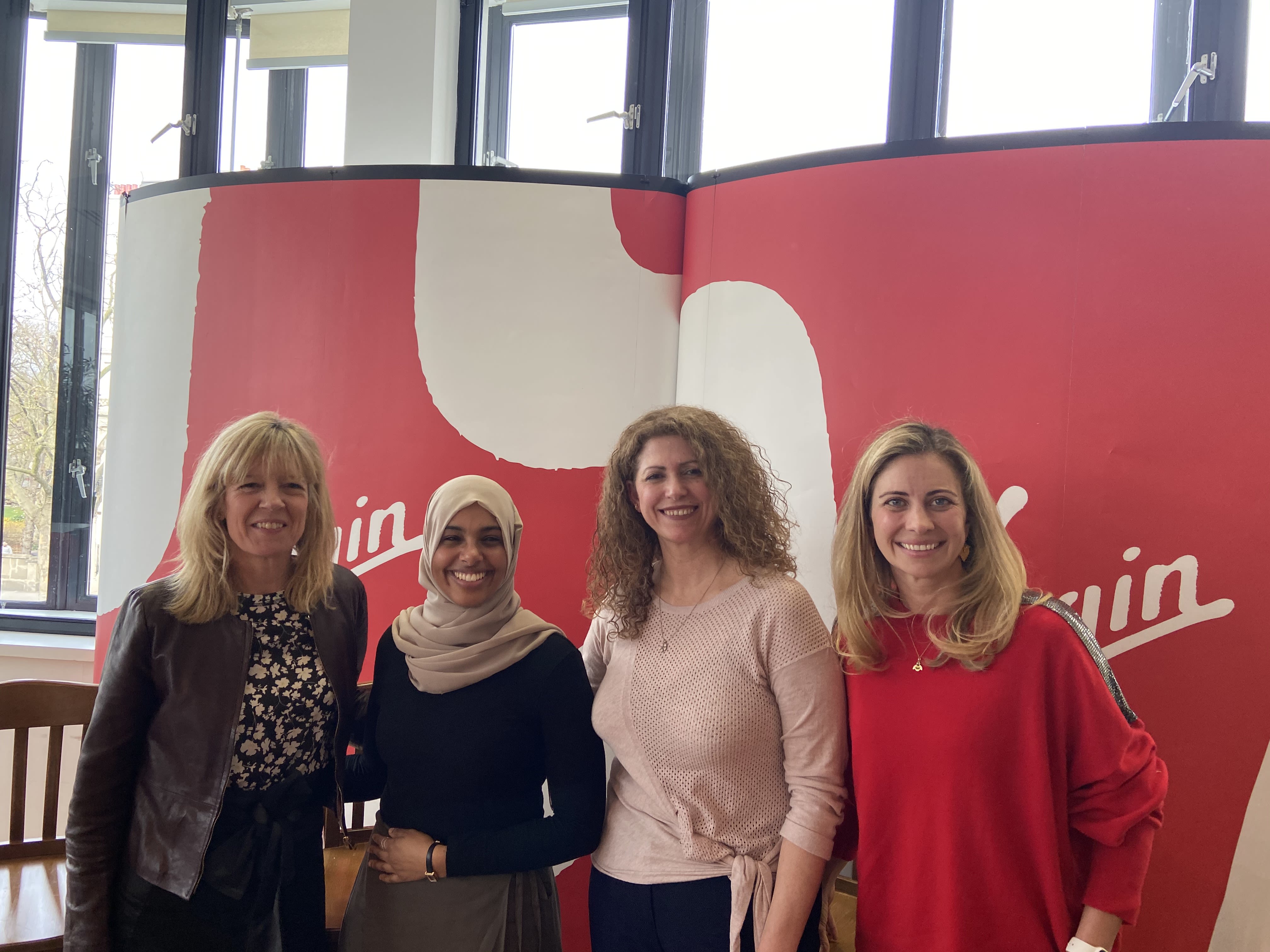 Majeda Khoury is one of strongest women I’ve ever met. As a human rights activist and feminist in Syria, Majeda was imprisoned for helping to feed people whose homes had been bombed in the war while also campaigning for women’s rights. After being separated from her family, spending six months in prison and then forced into hiding, Majeda fled Syria to begin again in the UK. Somehow, Majeda never lost her spark and continued to campaign for her country’s freedom. This passion led her to start up a catering business and social enterprise called The Syrian Sunflower. Majeda spoke beautifully about the way that food connects us, crosses cultural boundaries, builds communities and sparks important conversations. It was incredible to hear how her business has grown since it launched in 2017. Majeda now employs and trains three women and donates a portion of profits to women in refugee camps. Her purpose is driven by her unwavering moral obligation to stand up for human rights. Indeed, Majeda sees food as one of the most important rights we have. The entire office was inspired by her passion and determined nature. Ayah was born in the UK to parents who fled from conflict and oppression in Eritrea. As Ayah learned more about their journey to freedom, she became a passionate advocate for refugees and now works for a charity supporting Eritrean women. Ayah got married at 19 but the relationship quickly became toxic. She ended up defying deeply rooted cultural taboos to seek divorce and become a single mum with two young children. Following the divorce, Ayah completed the Hajj pilgrimage to Mecca - the fifth pillar of Islam. On the journey, Ayah was disturbed by the amount of waste and environmental destruction she saw - which goes against the environmental values of her faith. Like any great entrepreneur, Ayah turned her concern and frustration into a business that sells sustainable pilgrim travel kits. Ayah is now evolving the idea into  an entire sustainable lifestyle brand for Muslim women. When it comes to balancing her work and advocacy for refugees and her role as a mother and a business owner – Ayah is fuelled by her unshakable drive to help others. 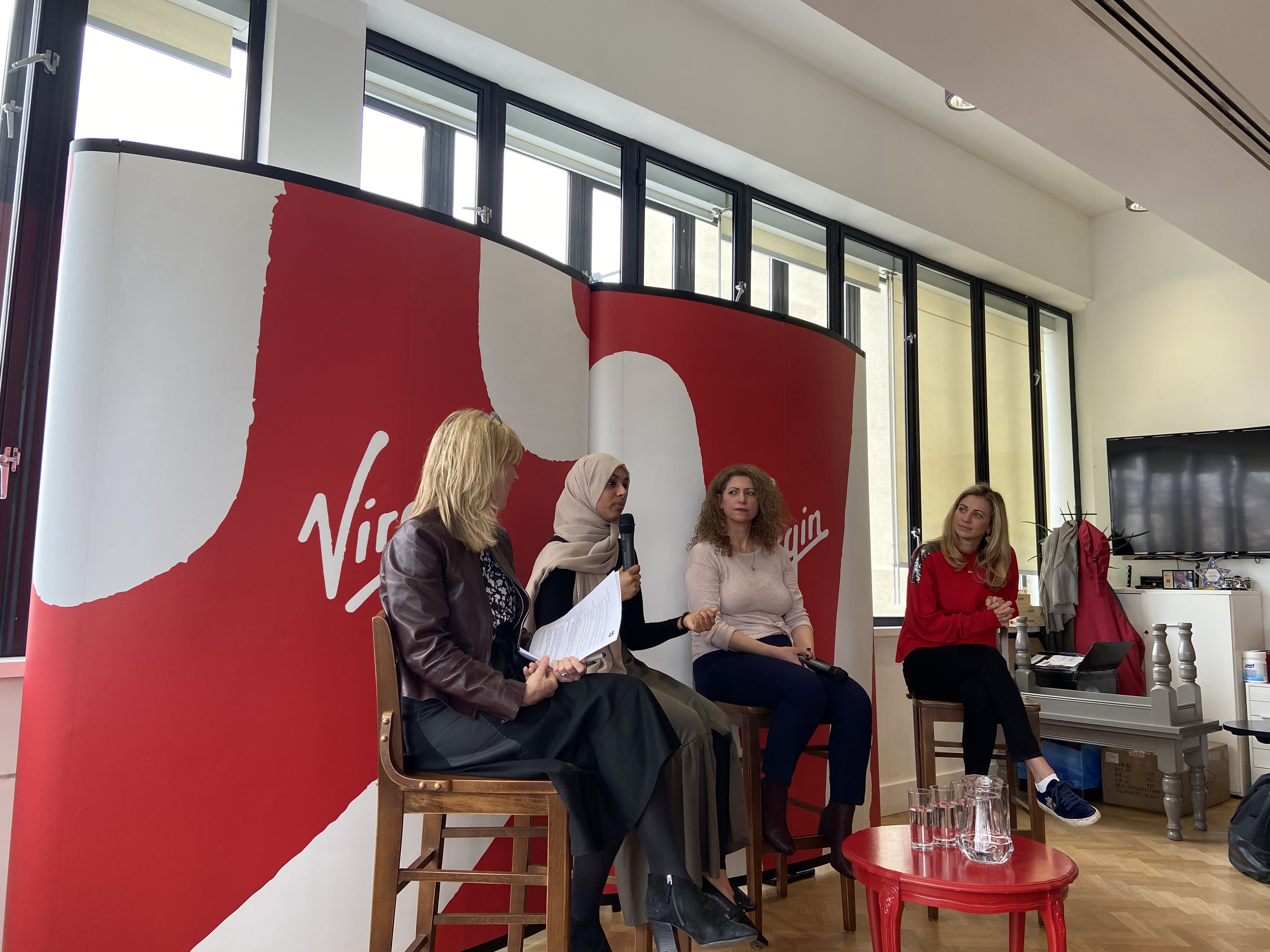 I found it particularly fascinating to learn about the misconceptions and unique barriers both Majeda and Ayah have faced throughout their business journeys. As Ayah put it: “I find it so challenging. For one, I’m a woman. Then I’m a woman of colour, and a Muslim woman of colour at that. When reaching out to investors and other people in business, I’m often asked if my family allow me to do this.”

When it comes to breaking down barriers, Ayah also discussed the mental health stigma in Eritrea and many other countries. The people who flee these countries have experienced intense trauma, but cultural taboos stop them from addressing their feelings. It was really inspiring to hear how Ayah and the charity she works for are taking steps to change this. 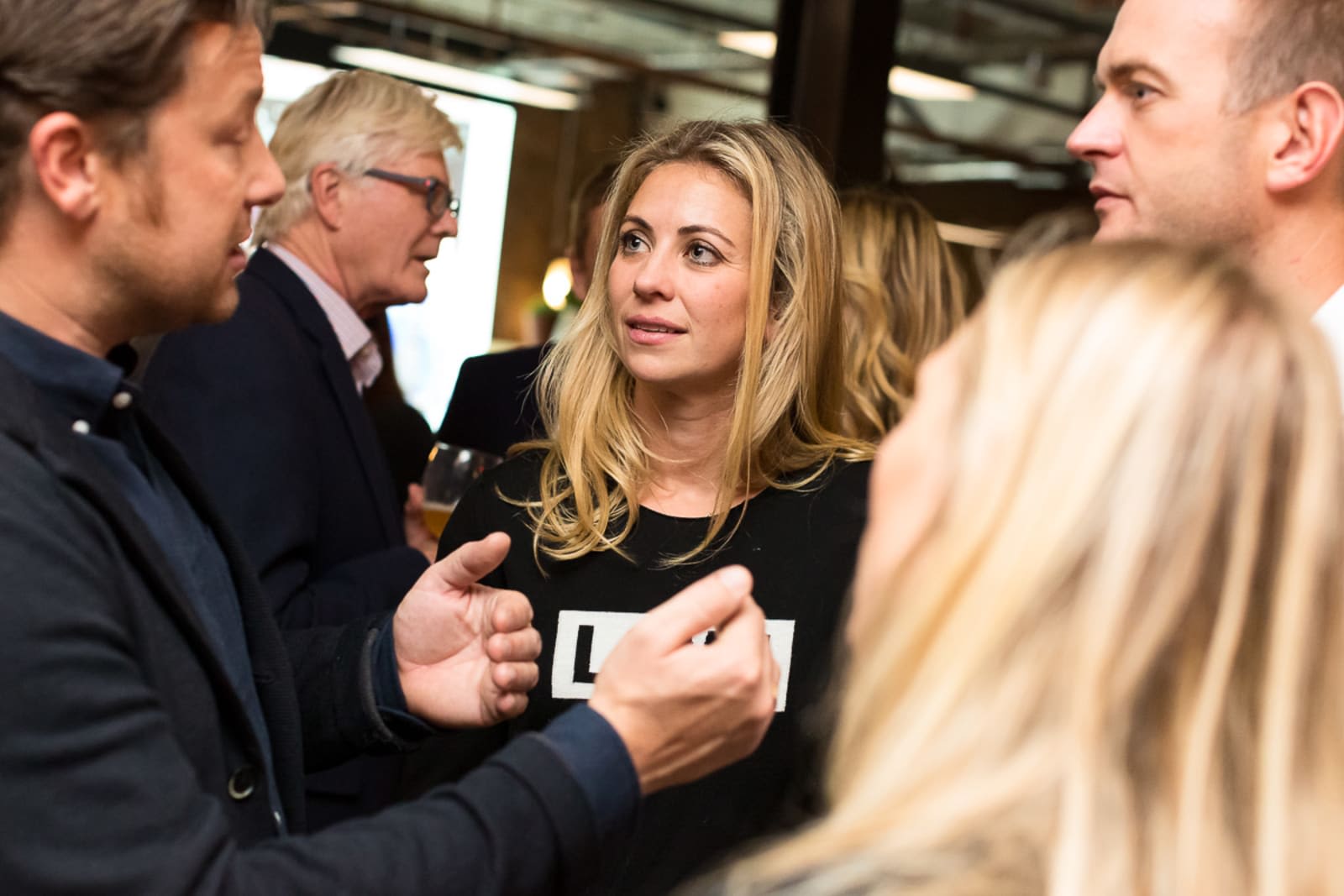 In the current climate, I’m more inspired than ever by the strength, determination and unwavering faith in humanity that Ayah and Majeda bring to the world. Thank you so much for sharing your stories with our team and reminding us that we can all make the world a better place – one conversation at a time.