To this day, one of the most memorable moments of my life was the day I sat down with Michelle Obama for my Meet The  Author interview series. We spoke for over an hour about her incredible book - Becoming - where she has bared her soul in incredible detail.

Michelle is the most phenomenal storyteller and I felt like I was really there. living her life story from the very first chapter. It was enthralling and staggeringly honest and  I'm not the only one who loved it - Becoming went on to sell more copies than any other book published in the United States in 2018.

During our interview, Michelle opened up about everything. From what she really thinks of politics to what it takes to build and sustain a strong marriage; from her struggles to get pregnant and going through IVF to the impact that politics had on her family, and how her upbringing and parents shaped her life. I was hooked at every turn.

Michelle told me that she wanted to give people the context of her life and introduce them to the little girl from Chicago who ended up in the White House. According to Michelle, the book was designed to use her story to break down barriers and make the world more accessible to the next generation. 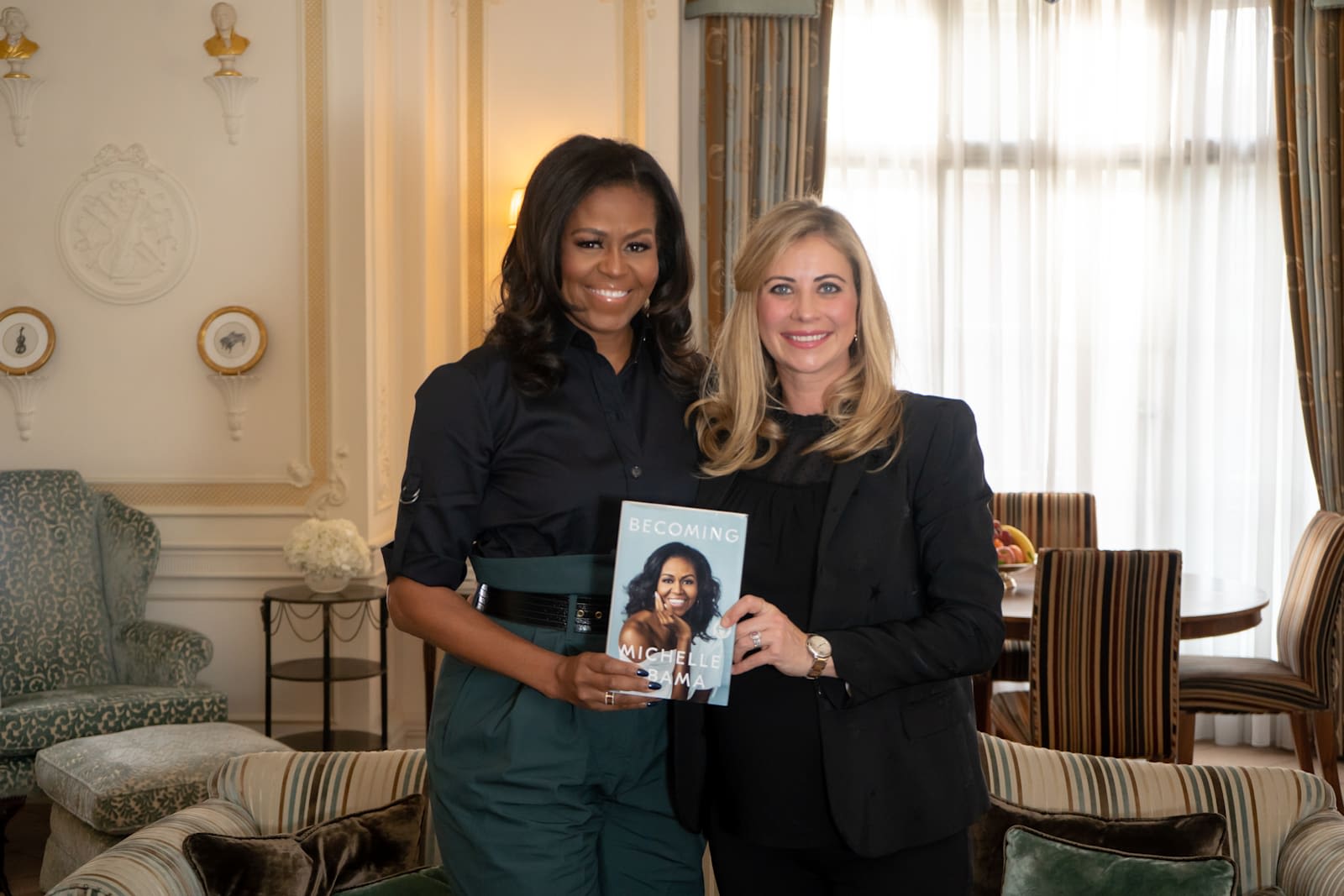 In Becoming, Michelle shares how her mother, Marian Robinson, would always say: “We are not raising babies – we’re raising adults." It was inspiring to hear how her parents always treated her and her brother equally and put value on their voices and opinions. My parents had similar values – my brother Sam and I were never excluded from the conversation and actively encouraged to share our thoughts. 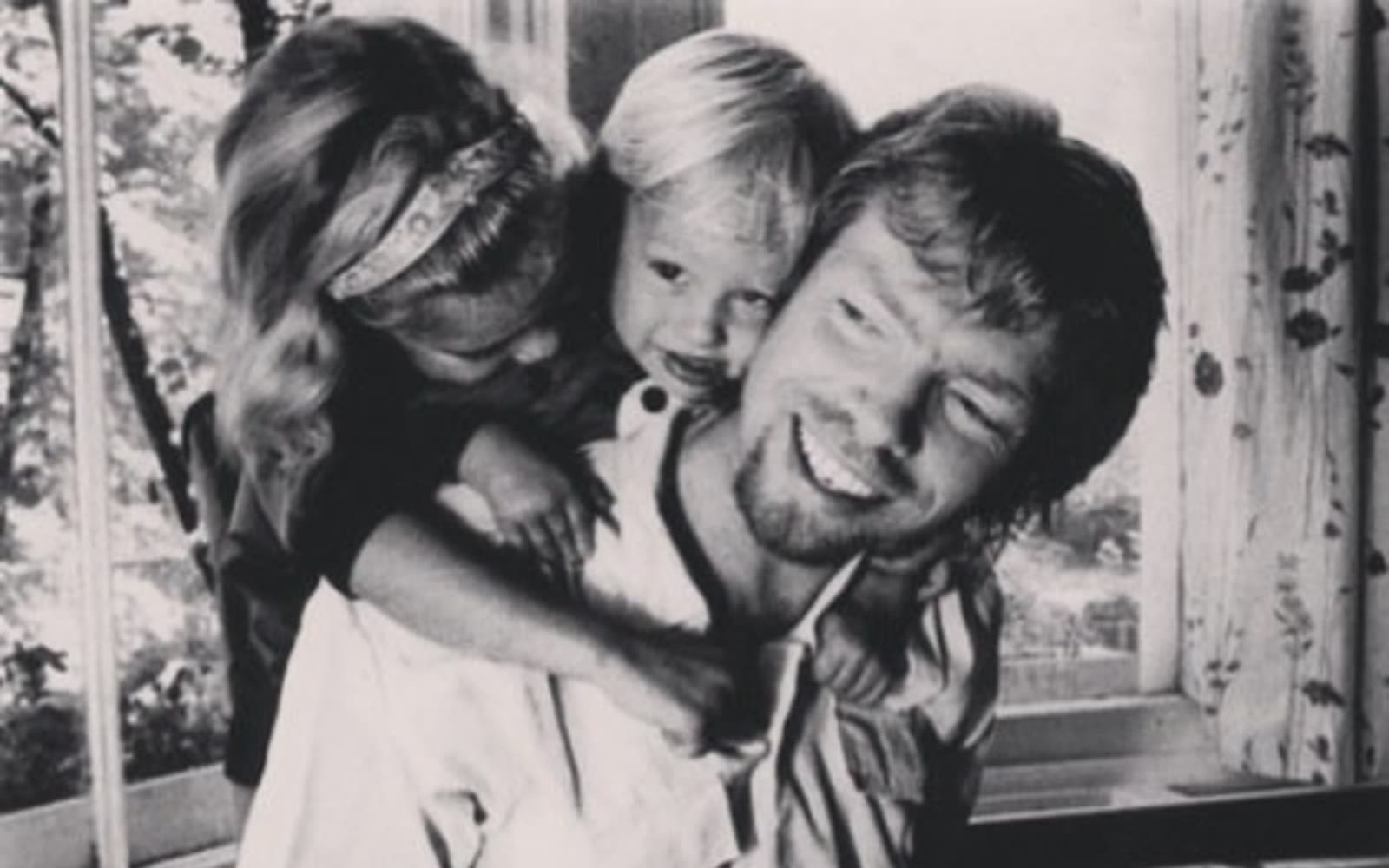 In our interview, Michelle revealed how her upbringing had a profound impact in shaping the person that she is today - a powerful woman with a powerful voice. She now uses that voice to champion good parenting, the importance of education and healthy living. In one of the first lines of the first chapters Michelle says she hates it when people ask children: 'What do you want to be when you grow up?', as if growing up is finite.

Michelle encourages young people to stay open to ‘the swerve’ and a change of direction if you're not content with your choices. Michelle trained as a lawyer before deciding to work at City Hall and then becoming  a director of various not-for-profits. She said we need to be more open to not beating ourselves up if we feel that we haven't made the right first choice - because "life is long and we can have many lives within a life". This is why she called the book Becoming - because we are always evolving.

I couldn’t agree with Michelle more. After achieving my lifelong dream of becoming a doctor, it was daunting to realise my dreams had changed and I wanted to pursue a different direction. A decade on and a total different career later, I love my role in the Virgin Leadership Team so I can definitely know why we need to stay open to the swerve. 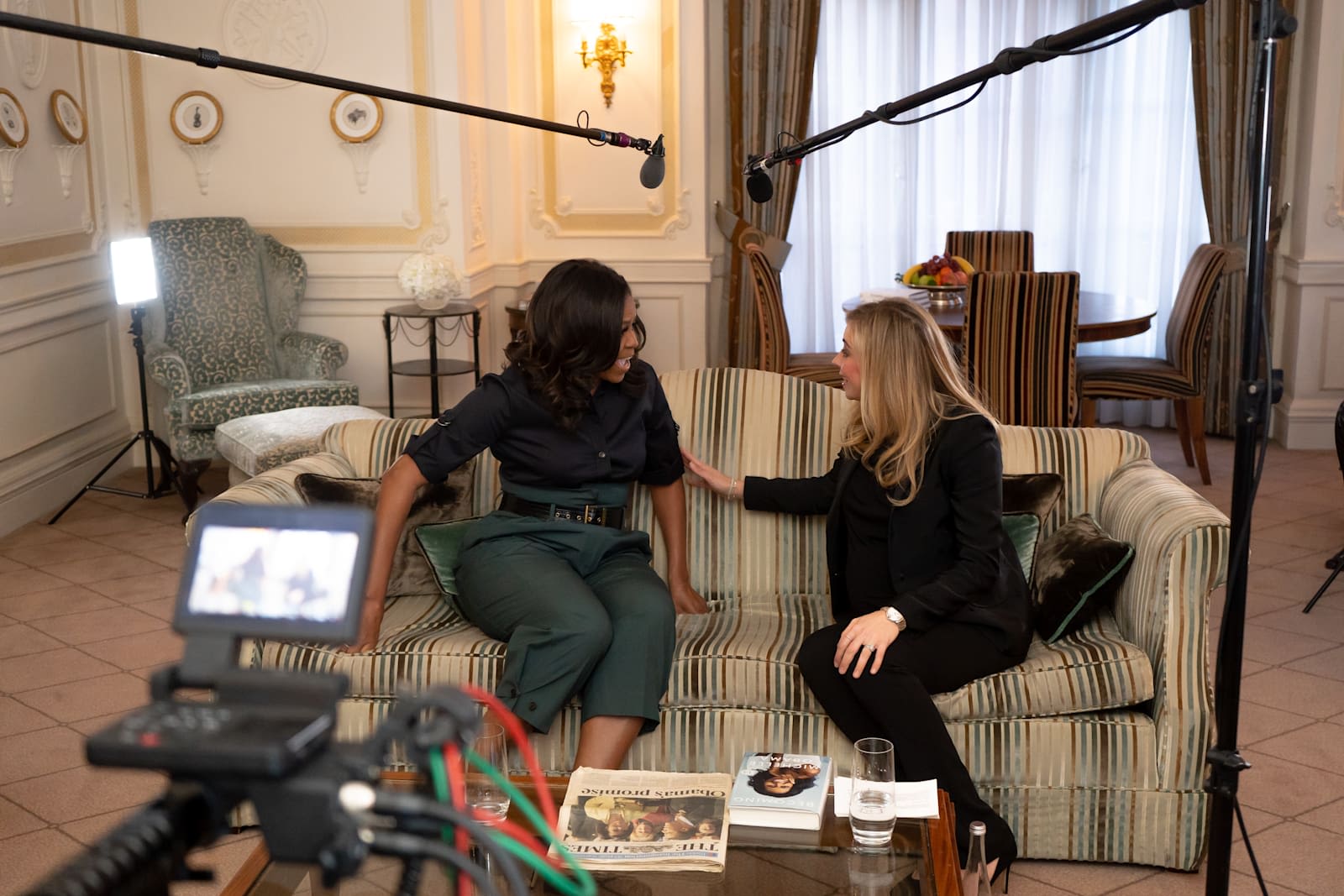 Michelle was also incredibly honest about her relationship with Barack - describing him as "a unicorn, a strange mix-of-everything man, an exotic geek." She explained how her family had grown up with solid stability. Barack, on the other hand, didn't know his father and his mother was always busy travelling and pursuing academics. As opposites often attract, Michelle said it was the choices he made with his life that really attracted her to him.

She openly shared the ways her marriage has grown and changed with each journey they’ve shared. We did have a giggle when she said: "There's the love that comes when you see the man that you love care for your children. That's a whole different layer of love and nothing can replace those memories. That's more important to me than what he accomplished as President of the United States, or anything that he's done on paper. The fact that he is a good father to my daughters is a powerful aphrodisiac."

She added: "It's a lifetime of learning and growing, falling and recovering, together." 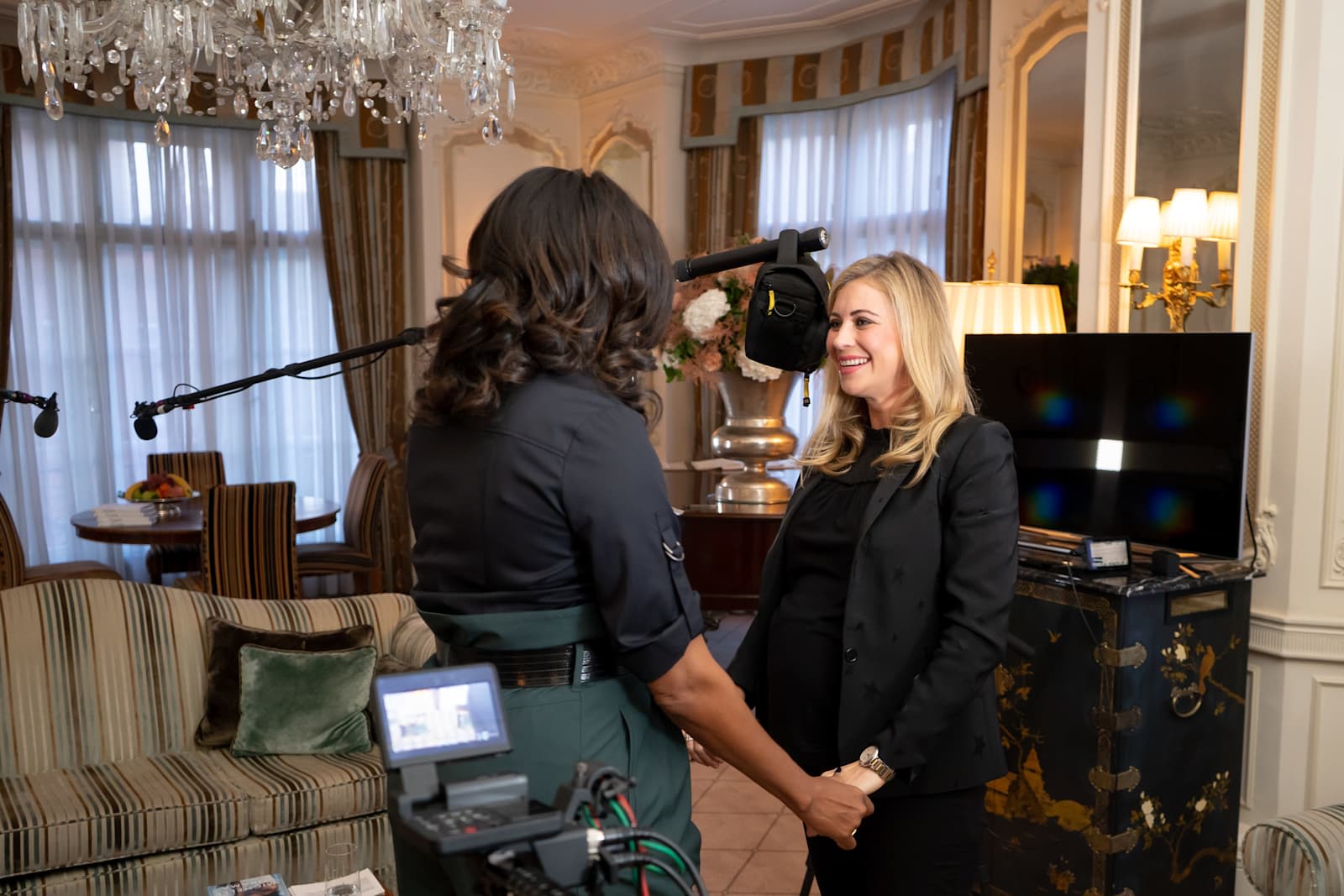 Michelle also opens up about her struggles to get pregnant, experiencing miscarriage and going through IVF. Having faced these challenges myself, I understand her need to share this part of her story. When you have a miscarriage, it is a very isolating, upsetting experience. As I discovered myself, once you open up and talk about it with others you realise that more people than you would have ever suspected have faced similar challenges. 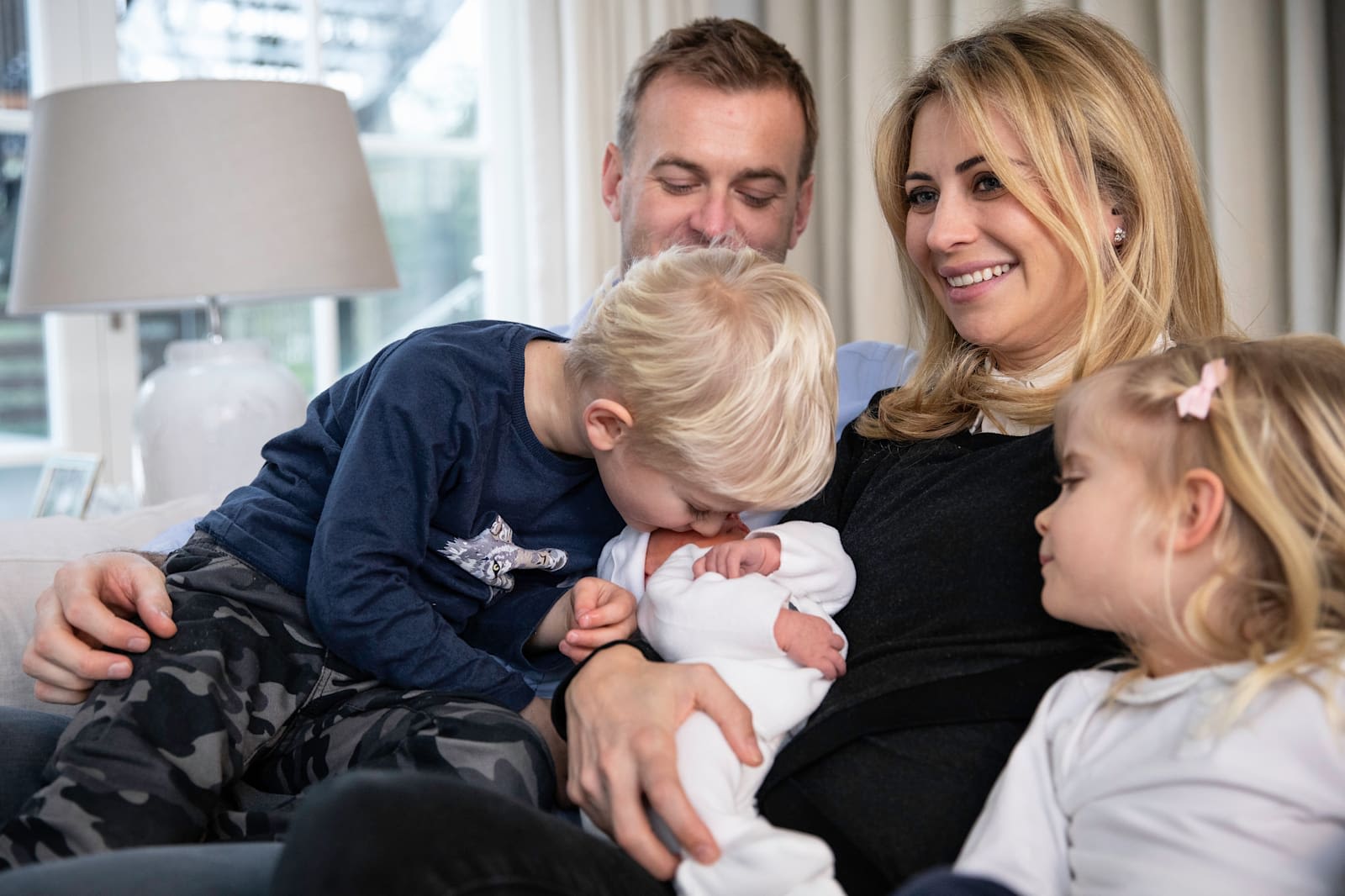 Michelle learned the importance of putting family first, even when in the White House, from her mentor Valerie Jarrett, who she talks a lot about in the book. A quote from her book really stuck with me, and that is: "Work with purpose, parent with care."

When I asked Michelle about the role that purpose plays in business, she spoke about the time she pushed for the 'Let's Move' child nutrition bill and how she encouraged businesses to employ veterans. She was driven by purpose and learned how to get her voice heard with the maximum impact. 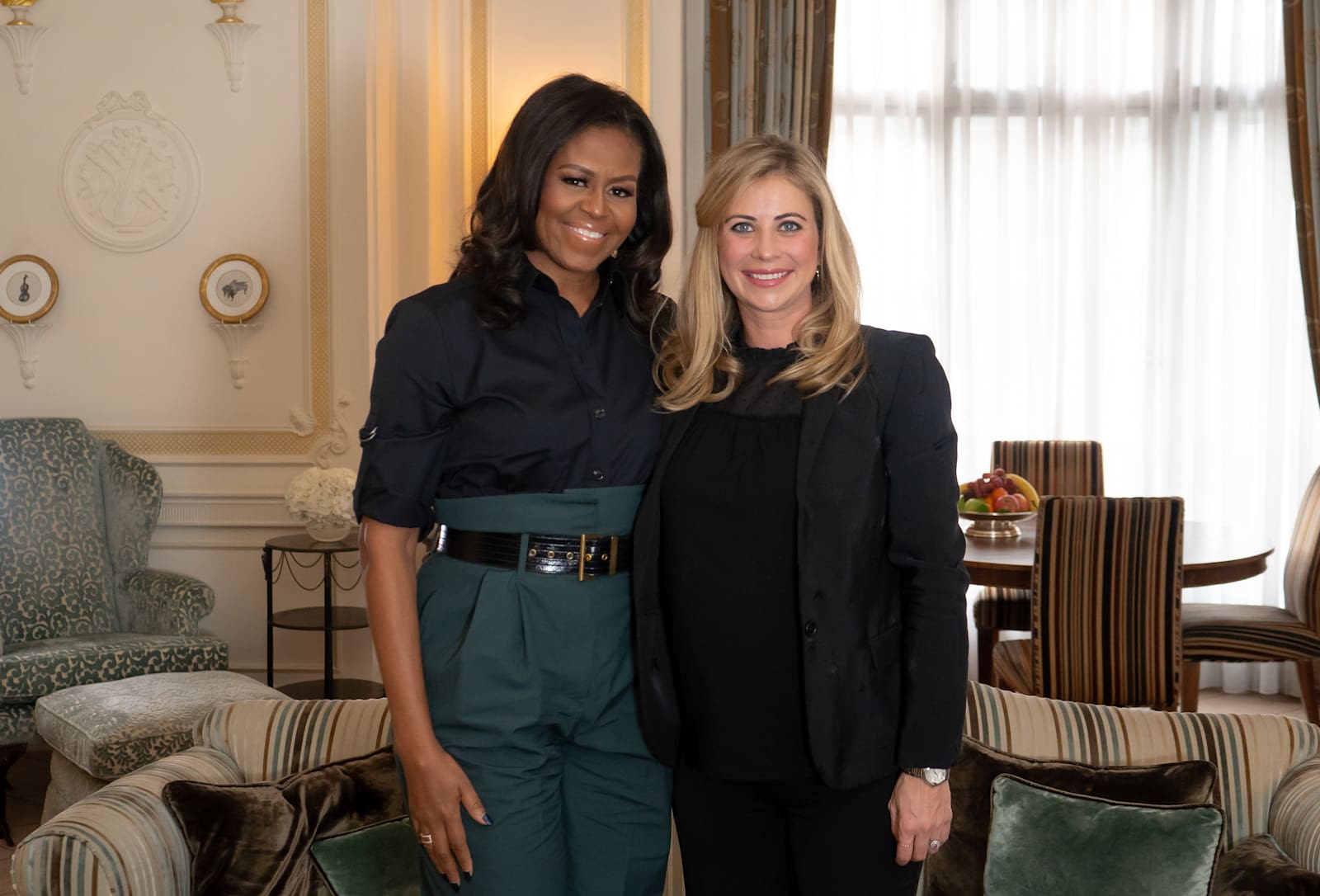 I was so inspired to hear how she used her voice to challenge some of the big issues of our time and make a difference to the lives of the next generation. Thanks for leaving such a profound impact on me and on so many people around the world Michelle!