How my Dad inspired me to finish the Virgin Strive Challenge

Last month I completed the Virgin Strive Challenge. It was like nothing I’ve done before and I can honestly say it was one of the best things I’ve ever experienced.

Don’t get me wrong, there were times I questioned if I would be able to carry on, times when my body was so tired and I was in so much pain, that the thought of another 12-hour day filled with cycling was enough to reduce me to tears, but that’s the true magic of striving. You learn to trust yourself and your capabilities and believe you can do more than you ever imagined. But most of all, you learn the importance of having people around you that are willing to strive with and for you. One thing I’ve been asked a lot since I’ve been back is what kept me going when I was at my lowest point? And I have to say, it was my dad.

Dad has always been a force to be reckoned with. He takes such pride, passion and determination in everything he does – but during the challenge, I saw this in tenfold.

Just 10 days before the challenge, Dad suffered injuries from a bike crash, during training. He was sore, shaken and I think for the first time, worried he physically wouldn’t be capable of completing the challenge.

Despite advice from physiotherapists and doctors to keep resting, day one of the Virgin Strive Challenge came around and Dad was there at the start line, kitted out and raring to go. 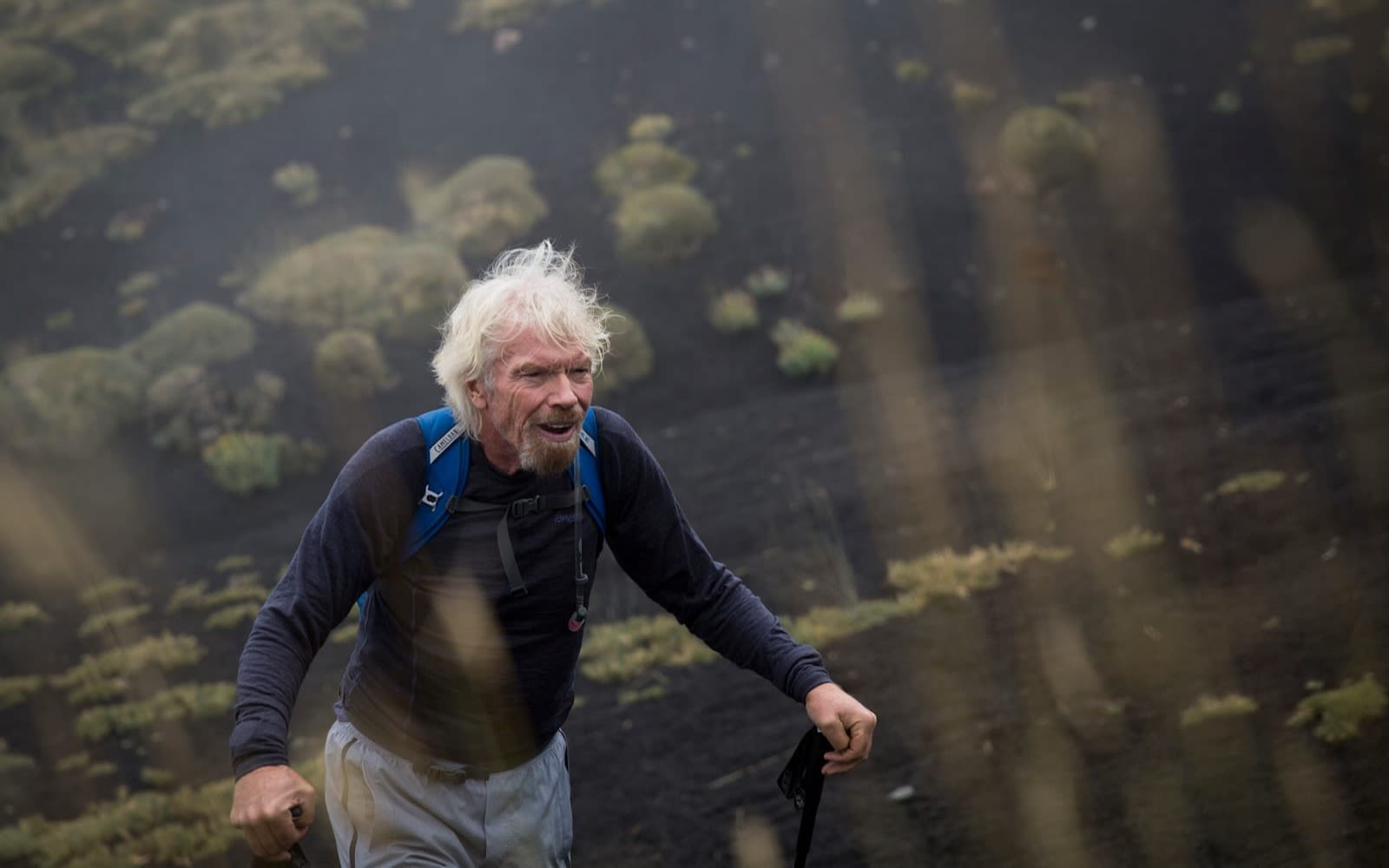 Next was the cycle and by day two, I was the most physically and emotionally broken I’ve ever been. Dad too, was defeated – he was finishing hours after everyone else, every day, often meaning he was without much company to keep him motivated along the way. This was supposed to be the easier section of the cycle route and it felt utterly impossible that we could finish, let alone get up and do the same, only harder, tomorrow.

Dad, however, did as he always has and decided to push more and find a solution – anything to help him finish what he’d set out to do. The next day, he was up and on his way at 5am, hours before the rest of us, just to get a head start. This was the turning point for us all I think.

By leaving early, Dad would still finish after the majority of people, but during the day he had a constant flow of strivers passing by and chatting with him. After all, that’s one of the most special things about the Virgin Strive Challenge – we are in it together and at our lowest points, someone is always there to lift you up. We make lifelong friends. Funnily enough, that’s exactly what created my most special memory from the challenge. One evening on the final cycle leg, tucked up in bed and desperately tired, my husband Freddie turned to me and suggested we get up and leave at 4.30am with Dad. I can’t pretend there wasn’t part of me that could have cried at the thought of dragging my aching body out of bed hours earlier than planned – especially when we were about to embark on the hardest day yet. It was a day that everyone had been nervously anticipating, with 185 kilometres to travel, and 3800 metres of climbing, but Freddie was completely right. We were here to strive together and I wanted Dad to know we were beside him every step of the way.

We didn’t tell Dad we were getting up early to join him and when we came down to surprise him, he looked completely joyful, saying it was like an angel walking down the corridor. We cycled slowly that day, taking many more hours to finish than the rest of the Strive team, but I enjoyed every moment of it. It was my favourite day by far.

Changing things up shifted the whole experience for Dad and really highlighted to me, the importance of finding different ways to thrive - even if it’s completely different to everyone else. 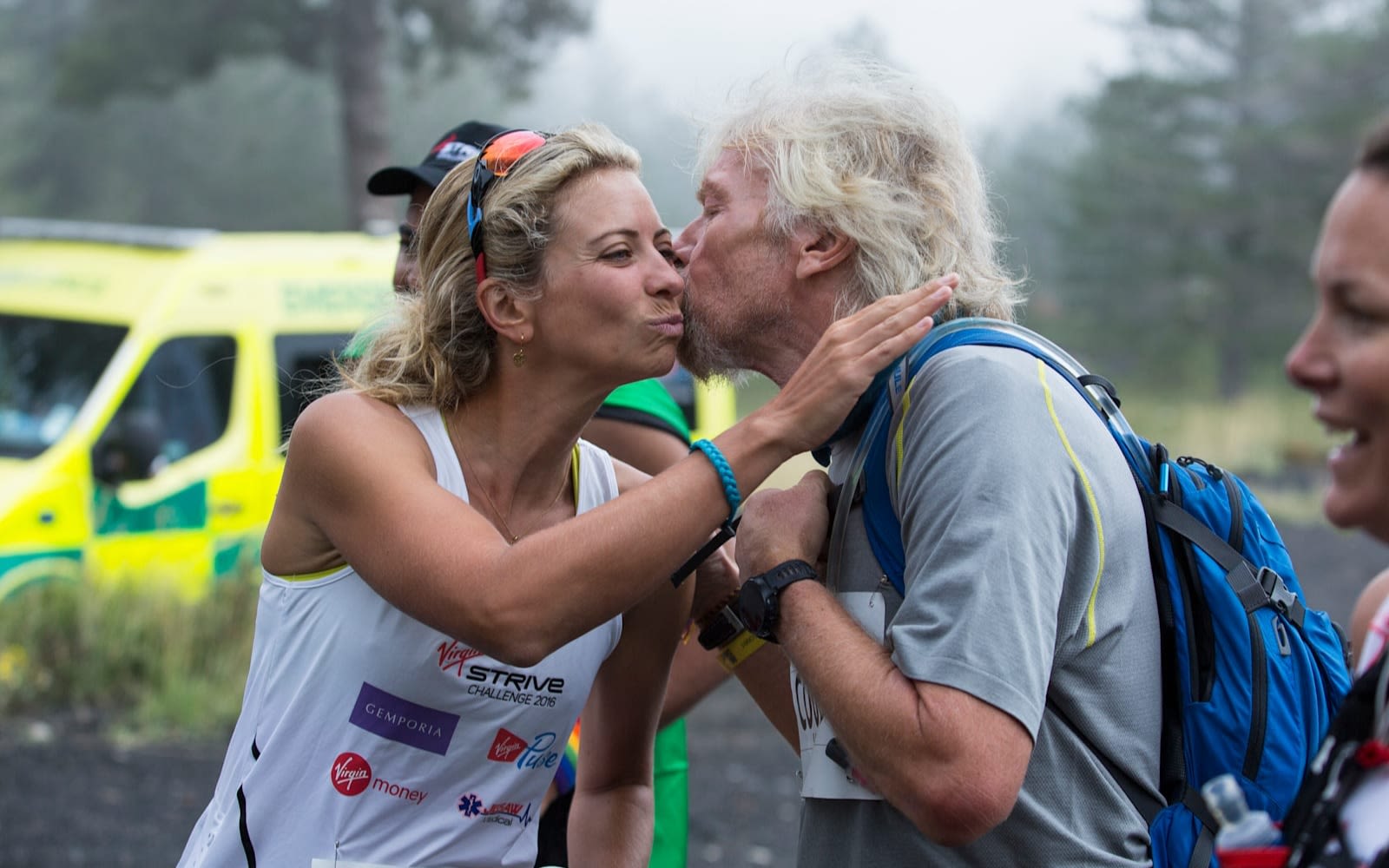 So without question, it was my dad who kept me going when I hit my lowest point. Every time I felt as though I couldn’t go on, it was always in the back of my mind that, at double my age, injured, exhausted and working and travelling on his rest days, my Dad was still fighting with utter determination. I think most of the Strive team would say the same.

Dad was actually awarded Striver of the Challenge for his unfaltering efforts and I can’t think of anyone who deserves it more.