Just over five years ago, I was sitting at my kitchen table with a group of close friends asking the question: ‘How can we be the most effective catalyst for positive change for young people in the UK?’

That may seem like a rather deep question for six friends to be tackling over a cup of tea… and it was, but it was at that very moment Big Change became a reality. In this week’s extract from my first book, WEconomy, I share how Big Change came to be, our wobbles and learnings during its first year, and our belief that if we continued to learn as an organisation, we would continue to grow as an organisation.

Since then, we have continued on our journey of discovery, funding 18 projects, raising more than £4 million for young people across the UK, and creating a tribe of more than 1,000 change makers. I could not be prouder of the team at Big Change and my fellow founders: my brother Sam, sister-in-law Isabella, Princess Beatrice of York, Phil Nevin and Sam Richardson. Be a Purpose-led ‘Learning Organization'

In 2010, Virgin Money had just taken on the title sponsorship of the world’s largest fundraising event: the London Marathon. To support them, and join the other 37,493 runners taking part, Sam and I tied ourselves to 32 tutu-wearing mates, to form one giant caterpillar.

Never a group of friends to do things by halves, over several beers (we weren’t in training yet!) we decided, why just run, why not set a Guinness World Record while we’re at it? The next morning, with slightly woozy heads, 34 of us woke to the realization we’d committed ourselves to setting the World Record for the largest number of people tied together to run a marathon.

It was one of the most inspiring, affirming years of our lives, from the training through to coming up with the plan of how to safely tie 34 people together for 26.2 miles, while wearing green tutus and keeping our antenna bobbing. Each of us believed we were part of something special. We were. As the blisters healed and the nipples “uncracked” (any of you who have run a marathon, know what I mean),we all felt pretty empty and a bit deflated. While sitting around my kitchen table, six of the original caterpillars admitted that it wasn’t simply because of the absence of training or the constant email trails that we felt this way, but the fact that we had raised all of that money and then simply handed it over. We had no influence, or in fact knowledge, of what that money was being used for, apart from the broad brushstrokes of twelve great charities’ websites. Our role was over. Our job was done.

Those six caterpillars (yours truly, my brother Sam, my wonderful sister-in-law Isabella, and our dear friends Princess Beatrice of York, Sam Richardson, and Philip Nevin) knew that we had the passion, energy, and, importantly, the ambition to do so much more together. We had come to the realization that, although many charities were doing great work, the vast majority exist to treat the symptoms of a broken system. We wanted to look at how charitable funds could be a catalyst for positive change. As we’ve said before in the book, more charities is not always the answer. But how do we improve the system so that over time there would be less need and dependence on traditional charities? We decided our charity would invest its funds to affect change. Big change, if you will. 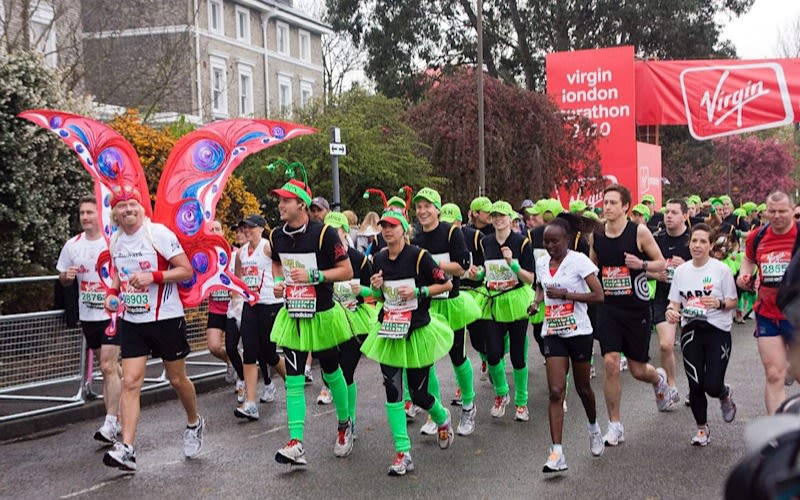 Set against the sense of despair, and the resulting violence, that fueled the inner city riots across England in 2011, we witnessed how much need there was on our own doorstep. The seed that would become Big Change germinated and grew. We formed Big Change with the founding principle: to really shift things, we need to shake up the way we approach charity for (and with) the next generation – equipping young people with the tools and motivation to lead their own change.

In that first year, we climbed Mont Blanc in France in our epic Big Climb for Big Change to raise £250,000 to support great organizations that were aligned to our values of empowering young people and driving positive change. We hired our first employee (again, never forget the importance of investing in top talent when it comes to being a true purpose-driven organisation) and recruited a young, earnest managing director named Alex Walters.

We outlined our core values with a website, marketing materials, and our initial manifesto for positive change. We were well on our way to being the change-makers we dreamed of being. Or were we?

Even though we were still a young organization, we decided to take a step back and honestly appraise Big Change and our achievements. With a little bit of soul-searching, it became apparent that we were still doing relatively traditional philanthropy (giving to great projects to scale their activity and reach more people). We had much to learn. If we are going to create BIG CHANGE, we need to think BIG.

We admitted there was an issue. We needed to get back to the core of our Big Change purpose. We wanted to bring about positive, long-term system change. We had to start our learning journey.

By simply admitting we didn’t know it all, that day we became a Learning Organization.

Read more about the Big Change journey and other lessons we've learned along the way.