Image by Darja Shramko
by Jean Oelwang
I recently travelled to Ukraine with the wonderful organisations, HelpUkraine and SuperHumans, and a group of committed leaders to visit a range of projects and to spend time with the extraordinary Ukrainian people. What we saw has left me outraged.

It has also left me even more determined to ensure that we do everything we can to support the Ukrainian people and to keep the world’s attention on Ukraine’s struggle to bring an end to Vladimir Putin’s unjust war. Their fight for Ukraine is a fight for all of us - for global justice, democracy, and the rule of law.

Following on from Virgin Founder Richard Branson and Bridgeway Foundation CEO Shannon Sedgwick Davis’ meeting with President Zelensky in July, I visited communities in Kyiv and Lviv to see how we can partner with the many collectives of heroes working 24 hours a day to end this brutality and to help Ukraine thrive once again. Though I was expecting to see trauma, nothing could have prepared me for the horror that Ukrainians are living through. 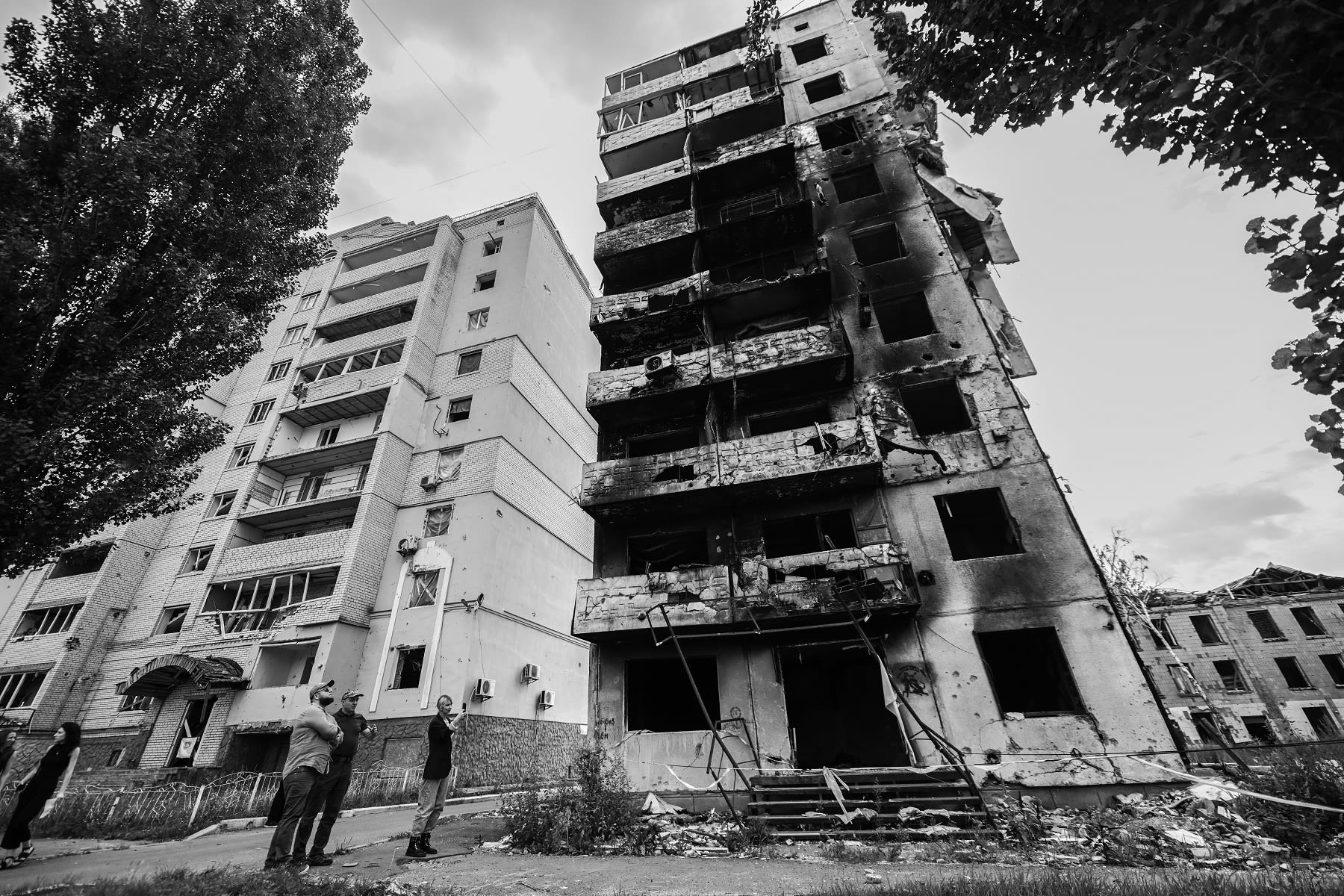 Bullets and missiles are ripping through Ukrainian homes, leaving misshapen holes that seem suspended in time amongst ripening apple and plum trees. We saw house after house, jutting into the devastated landscape - they were burnt and gutted, with pictures of the Virgin Mary, children’s shoes, and kitchen utensils scattered everywhere – reminding us that these were once homes filled with laughter and love.

Marks of a growing child on a lone door frame defy the end of a young life. Homemade, five-by-eight-foot underground shelters, are now precarious ‘safe spaces’ for families for days on end.

Devastated people shared pictures of lost friends and sheer evil. One that will stay with me forever was a shocking image of a woman who was around 70 years old shot in the head while simply walking down the street. A young woman’s lifeless body propped up on a fence above her as if she were bending over to protect her mother, moments before the bullets abruptly shattered both of their lives. 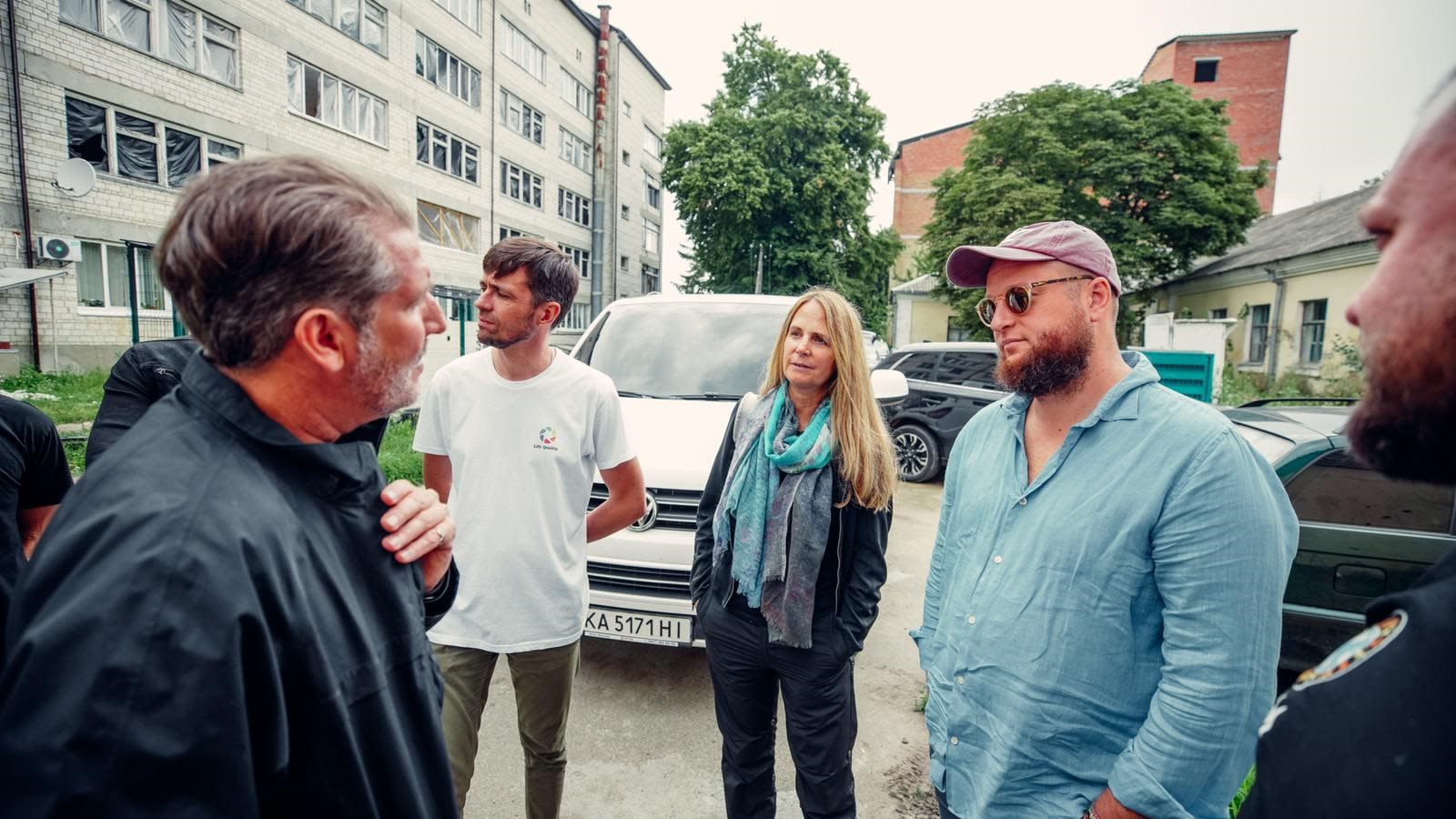 We saw schools with roofs blown off, a missile sticking out of the middle of a soccer field, shattered windows falling on colourful child size desks and chairs. Hospitals filled with fragile patients who were under attack for weeks. An unimaginable story about an eight-year-old girl’s brutal rape that has changed her life forever. Russian soldiers’ dirty uniforms, empty boots and muddy green food tins were all hastily left behind, as the violent aggressors stripped into stolen civilian clothes for a hasty escape.

This is just some of the reality I experienced this week in Ukraine. The Russian lies about not targeting civilians are an affront to Ukrainians whose lives have been shattered by this horror. Lies that attempt to steal the last shred of dignity from innocent victims. What gives me hope is that the Ukrainian spirit remains unbroken. With every atrocity, with every lie, their spirit grows fiercer and more unstoppable. 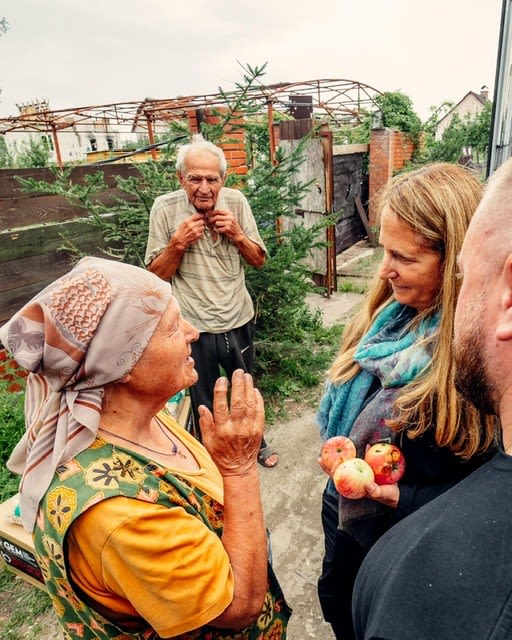 I travelled with Global Empowerment Mission and the Deputy Mayor of Bucha to see neighbourhoods being rebuilt, an economy that is being rebooted, and schools that are welcoming back students. The Global Empowerment Mission is working with communities in a race to renovate buildings before the frigid winter makes many places unliveable. Since the start of the war, they’ve also been working tirelessly to relocate and house refugees, to secure and distribute hundreds of millions of dollars of relief aid, and to extract Ukrainians from dangerous war zones. 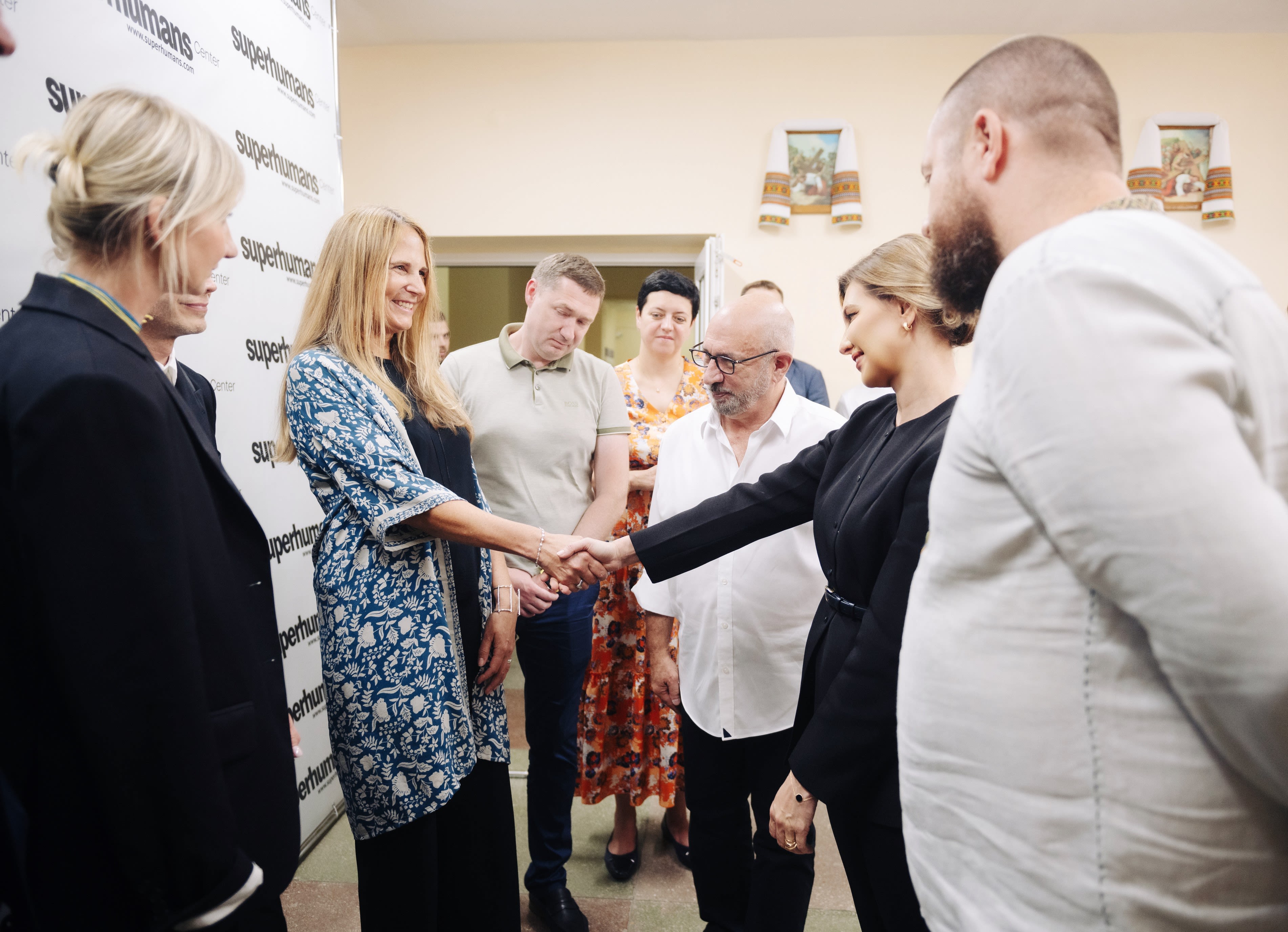 Young, courageous Ukrainian leaders like Iryna Tulyakova, and her organisation SpivDiia, are mobilising thousands of volunteers to efficiently distribute aid across the country. Olga Rudneva and Andrey Stavnitser are working in partnership with the First Lady and the inspiring team at the Veterans Hospital in Lviv to give the many veterans and civilians who have cruelly lost limbs the chance to live the SuperHuman lives they deserve. SuperHumans are pulling together a wonderful group of skilled doctors, so please reach out to them if you can help. The team of Tabletochki are another wonderful example of the work that’s being done, as they help brave Ukrainian children fight cancer while their country is fighting on the frontlines. Everywhere I went, Ukrainians’ determination and cultural pride are shining brighter than ever before. 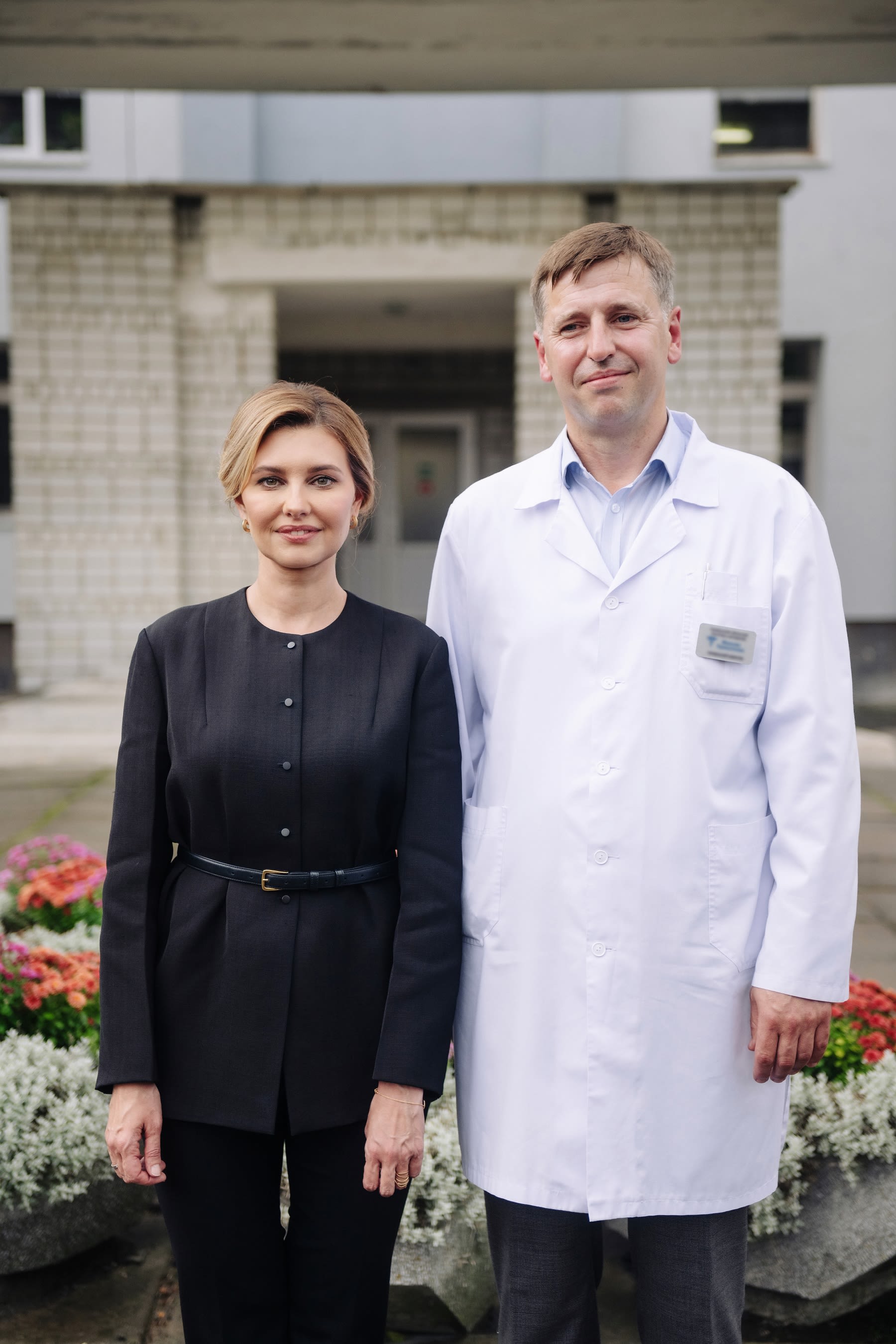 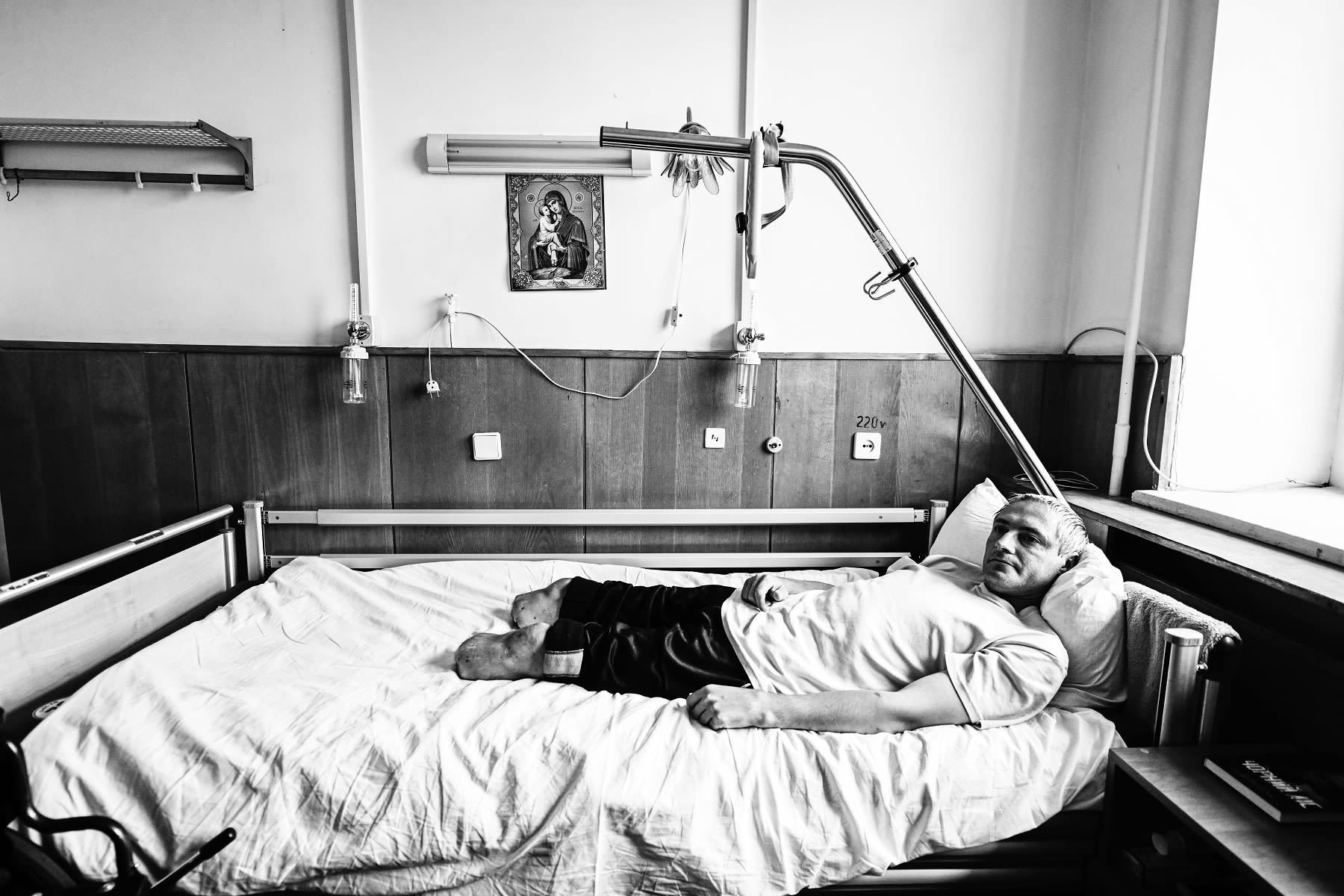 Howard G. Buffett and other courageous global leaders are truly standing with Ukrainians. His initiative with the Ukrainian government, Victory Harvest, is helping revitalise the agriculture sector. Liev Schreiber and a group of partners have set up BlueCheck to help get money to where it is needed most, on the ground with Ukrainian charities. The Elders’ visit was immediately after my time in Kyiv, with Ban Ki-moon, Deputy Chair of The Elders and former Secretary-General of the United Nations, and Juan Manuel Santos, former President of Colombia and Nobel Peace Laureate, meeting with President Zelensky. The Elders have called for increased international support for Ukraine. As President Santos said: “Ukrainians must know people all over the world stand shoulder to shoulder with them in their struggle to determine their own future.”

Virgin Unite looks forward to partnering with grassroot projects on the ground in Ukraine and global business leaders and donors in solidarity with the morally courageous Ukrainian people. “There comes a time when silence is a betrayal.” These wise words from Martin Luther King Jr. encapsulate the world’s silence on Russia’s crimes of humanity in Ukraine, and many other places like Syria where Russian brutality has been ever present for many years.

The time to end this brazen abuse of so-called power is now. 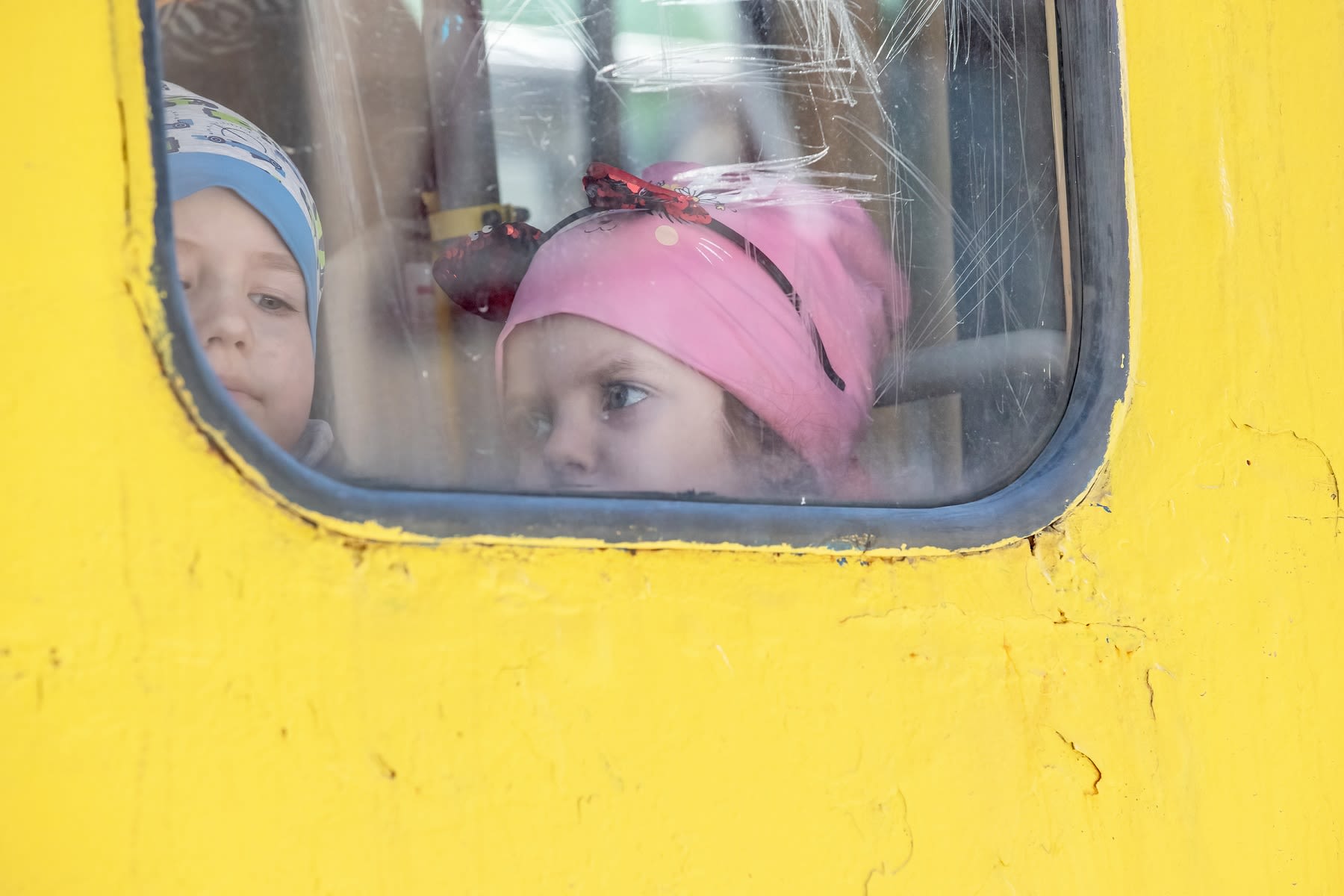