How to end neglected tropical diseases

Kigali Summit
by Clare Kelly
Neglected tropical diseases (NTDs) are a group of preventable and treatable diseases that affect one in five people globally.

NTDs cause immeasurable suffering and often affect the world’s most vulnerable people – creating cycles of poverty and costing developing nations billions of dollars every year. The good news is that there is an end in sight for NTDs.

The World Health Organization has developed a roadmap to end NTDs safely and effectively by 2030 – outlining the interventions needed to help control, prevent, and eliminate NTDs. Since the roadmap’s release in 2020 there’s been progress year-on-year, with countries the world over continuing to beat NTDs and improve public health. Yet the fight is not over and there is still much work to be done.

On 23 June, The Kigali Summit on Malaria and NTDs will convene on the sidelines of the 26th Commonwealth Heads of Government Meeting, hosted by the Government of Rwanda, and bring together presidents, business leaders, community members, and philanthropists to galvanise action to end these diseases. This will be a landmark moment to renew commitments to end NTDs and malaria and to unlock the potential of countries all over the globe to build a safer world for everyone, everywhere. 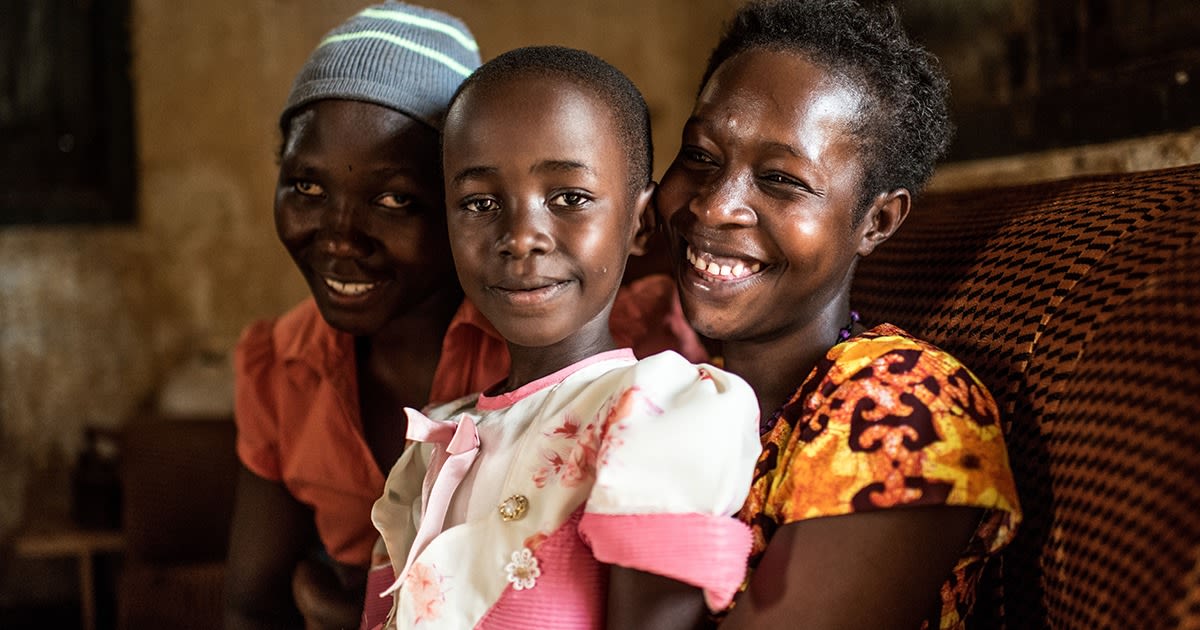 Virgin Unite, alongside some of the incredible organisations we support in this space – Sightsavers, The End Fund, and Malaria No More – encourage you to join us and use the Kigali Summit as an opportunity to accelerate action and share the stories of success, proving that ending NTDs is an achievable goal.

Virgin Unite was first introduced to Sightsavers in 2018, via the Accelerate programme, and has proudly supported its efforts ever since to end the NTD, trachoma - the world’s leading infectious cause of blindness. Since 2018, the programme has distributed 26 million trachoma treatments and supported the training of over 72,000 volunteer trachoma case finders. Plus, Ghana and The Gambia, with the support of Sightsavers and partners, have eliminated trachoma. Other countries are now learning from their success and are getting close to eradicating trachoma.

Sightsavers has launched its ‘Recipe to eliminate neglected tropical diseases’ - a step-by-step guide to support countries on their road to eliminating diseases. It outlines the ingredients which make up the recipe of success, what needs to happen to banish NTDs, and the part the communities, partners, health workers, donors and governments all play.

Neglected tropical diseases cause pain and suffering for millions of people, but they can be eliminated if we work together. Check out our recipe to #beatNTDs to learn how we can create a world free from the burden of NTDs. https://t.co/qfMLyVqjTE #PlayYourPart #KigaliSummit pic.twitter.com/IcQERNaS8S

Sightsavers’ CEO, Caroline Harper, said: “Neglected tropical diseases like trachoma, river blindness and lymphatic filariasis, devastate millions of lives every year. The World Health Organization’s 2030 Roadmap on NTDs lays out a clear direction for governments and their partners as they work to control and eliminate these diseases of poverty.

“The journey to elimination is challenging but achievable, so we have launched a step-by-step guide which shows the ‘recipe of success’ needed to bring about transformational change. The elimination journey can take decades and involve many people, but the results are worth it and we can’t afford to stop when we’re so close. The success of governments in Ghana, the Gambia and most recently Togo in eliminating trachoma, together with the once-in-a-decade opportunity of the Kigali Summit, are a rallying cry to roll up our sleeves, turn up the heat and play our part in consigning these diseases to history.” 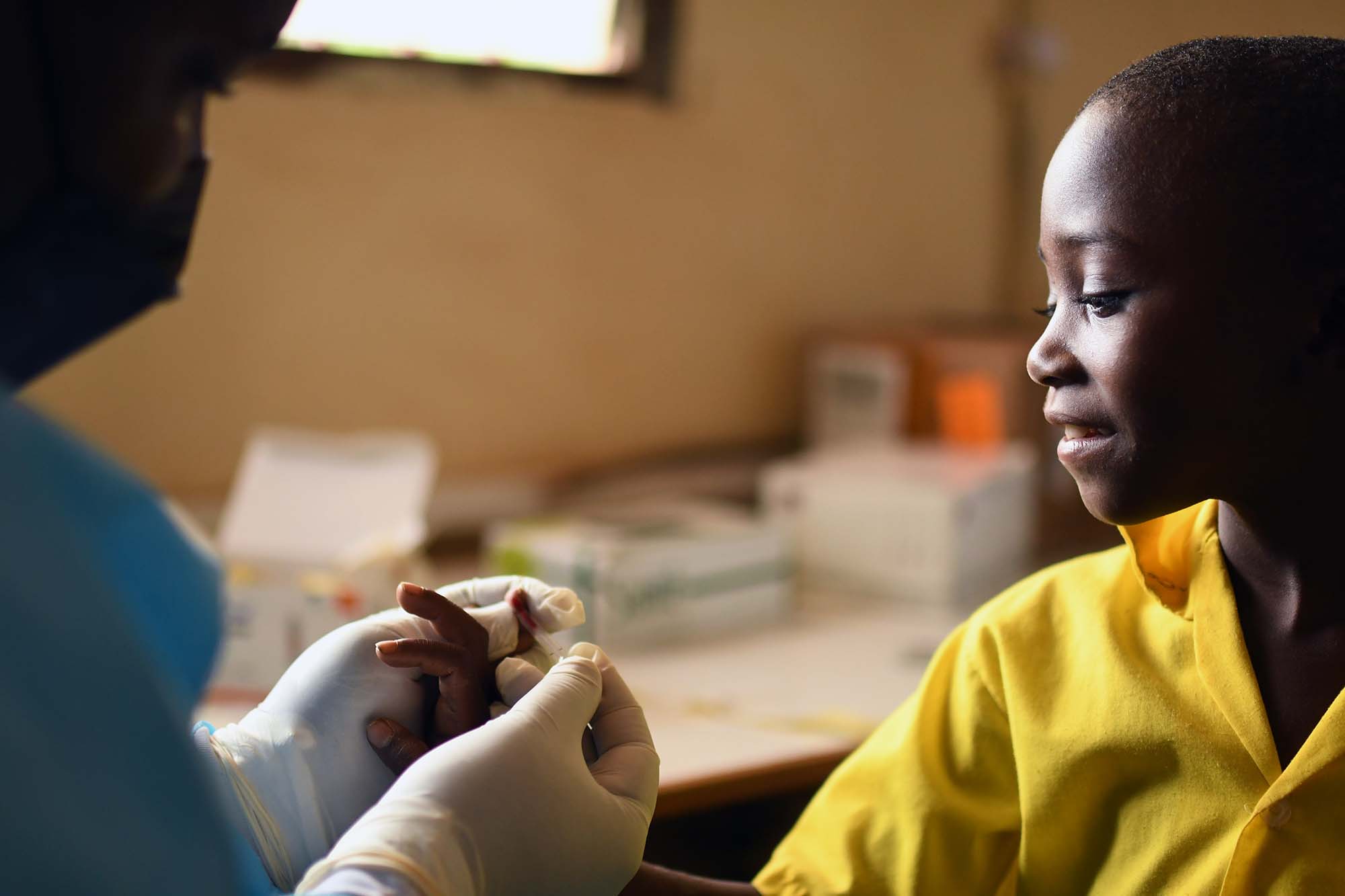 Virgin Unite has been an investor in The END Fund since 2019, as it accelerates efforts to eliminate intestinal worms in Rwanda, Zimbabwe, Kenya, and Ethiopia through its Deworming Innovation Fund. Through this partnership, we have supported the delivery of nearly 100 million treatments and made great strides in policy change, such as working to ensure preschool children in Ethiopia receive deworming medication for the first time.

As the world approaches the Kigali Summit, the END fund hope that it will intensify cross-sectoral collaboration, facilitate increased country ownership, and result in many elimination announcements across Africa in the coming years.

As well as NTDs, the summit will be focusing on ending malaria – a cause Richard Branson has supported for many years alongside Malaria No More. COVID-19 has made the malaria fight even more urgent, with malaria deaths increasing globally by 12% in 2020 (the highest number in nearly a decade). The long-standing statistic that every two minutes a child dies from malaria, is tragically changing to every one minute.

Malaria, this year you've met your match! We're turning the pressure up to make sure we end malaria in a generation. With @zeromalaria let's #DrawTheLine and call on our world leaders at the #KigaliSummit this Thursday to act. Add your voice at https://t.co/eShBALvjK7 pic.twitter.com/TbaiE6veWG

Malaria No More’s ‘Draw the Line’ campaign aims to turn up the pressure on world leaders to commit to ending malaria at the Kigali Summit and investing funds totalling US$18 billion through the Global Fund to accelerate progress to reach zero malaria, save millions of lives, and make the world a safer place for us all.

Virgin Unite is proud to support these incredible partners on their pursuits to end NTDs and malaria. We join them in using this moment to call for renewed global commitment to come together and build a healthier, safer, and stronger world.