Image from Phil Dustan Over 50% of the Great Barrier Reef died due to temperature spikes in recent years, and in places like the Florida Keys over 95% of corals are dead. Photo credit: Phil Dustan
by Sam Teicher

Year after year, coral in the Bahamas pale and diminish. And then, from nowhere in 2019, they faced the punishing wrath of a record-shattering hurricane.

Oceanic change transpires over decades, observed but rarely stimulating swift action. Increasingly extreme climatic events are catalysing drastic changes to life as we know it on an unprecedented scale. How we respond matters.

This is a story about revitalising dying coral reefs, about Hurricane Dorian’s utter devastation, the herculean efforts by Bahamians to restore communities after the biblical storm, and the urgent need for entrepreneurs, innovators, scientists, investors, and locals to rebuild the ecosystems that sustain both biodiversity and humanity.

Half of the world’s coral reefs are dead. More than 90 per cent are on track to die by 2050. We’re experiencing an ecological catastrophe, but even if you’re not a nature-lover, their fate matters to you. 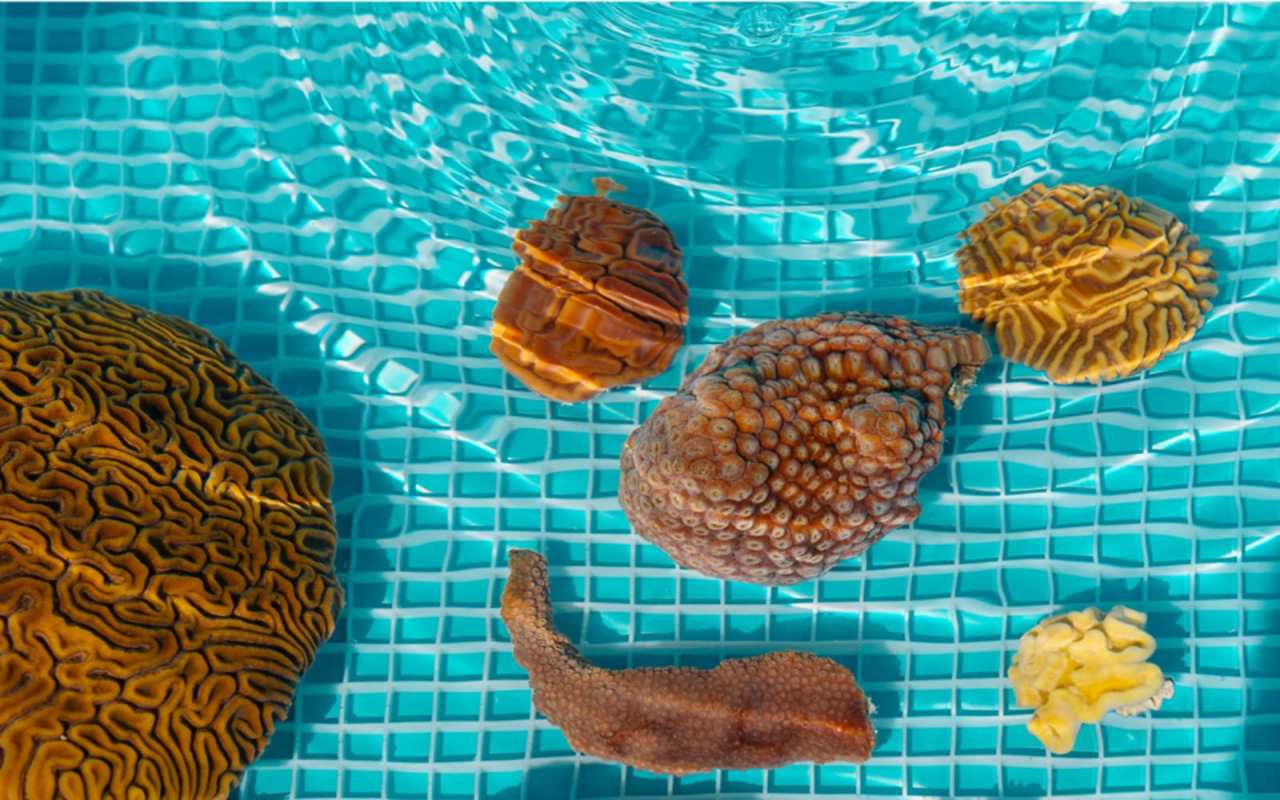 Found in over one hundred nations, reefs are foundational ecosystems for societal well-being,  sustaining up to one billion people’s livelihoods, supporting critical fisheries and 25 per cent of marine life, powering coastal economies reliant on reef-based recreation,  and sheltering coastlines from storms by reducing wave energy on average by an astounding 97 per cent.

Robust ecosystems both preserve and save lives, and after experiencing Dorian’s fury I can’t express enough how we are all made safer by the natural seawalls of mangrove forests and coral reefs. Their death threatens not only wondrous and magical marine life, but the sustainability of communities, nations, and global industries.

That’s why I decided to become what I am today, a coral farmer. Together with my friend Gator Halpern, we founded Coral Vita  –  a mission-driven start-up that grows coral to restore dying reefs. Using a land-based coral farming business model, we integrate methods developed by leading scientists to grow reefs up to 50 times faster, while strengthening their resilience to climate change threats.

By selling restoration to coastal developers, insurers, governments, resorts, and other customers whose prosperity and commercial viability is underpinned by the existence of coral reefs, we believe that we can galvanise a self-sustaining marketplace to protect the ecosystems that sustain us all. 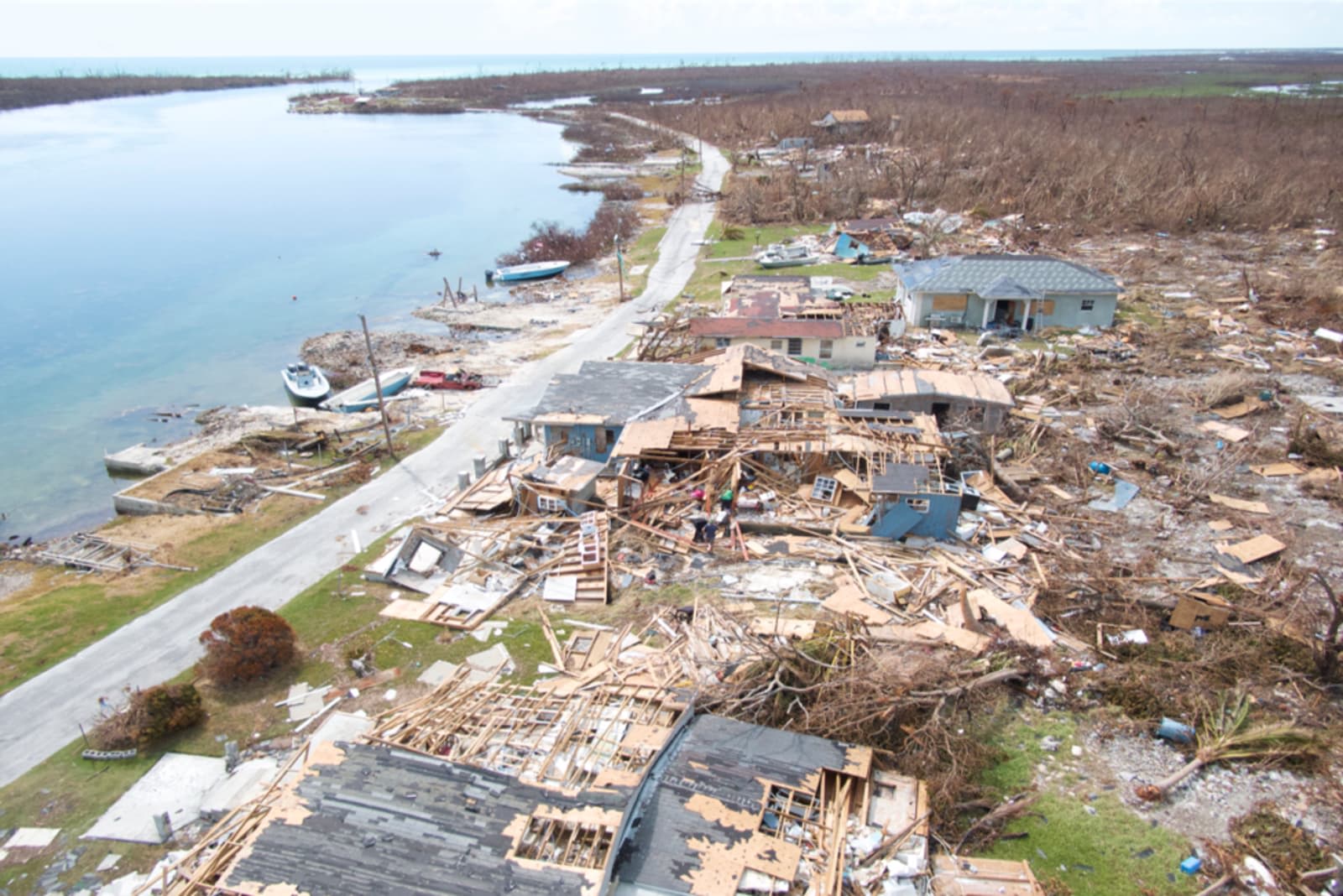 We chose Grand Bahama – an island of the Bahamas archipelago in the Atlantic Ocean – to build our first coral farm. Operations launched in May 2019 and by the summer things couldn’t have gone better. We were growing over 20 native species, breeding thousands of new genotypes, welcoming hundreds of Bahamian students and tourists to experience coral farming in action, and were preparing to start restoring reefs in the winter. Then, on September 1st, Hurricane Dorian – the second strongest Atlantic storm in recorded history – changed everything.

Dorian was my first hurricane. People assured me it would be “four to eight hours of hell,” but instead it lasted nearly 48 harrowing hours. Suddenly, the long wait for the hurricane to subside transformed into a mad dash, as residents braved lingering 120mph winds on jet skis and boats to save family, friends, and neighbors still trapped by up to twenty-three feet of storm surge. 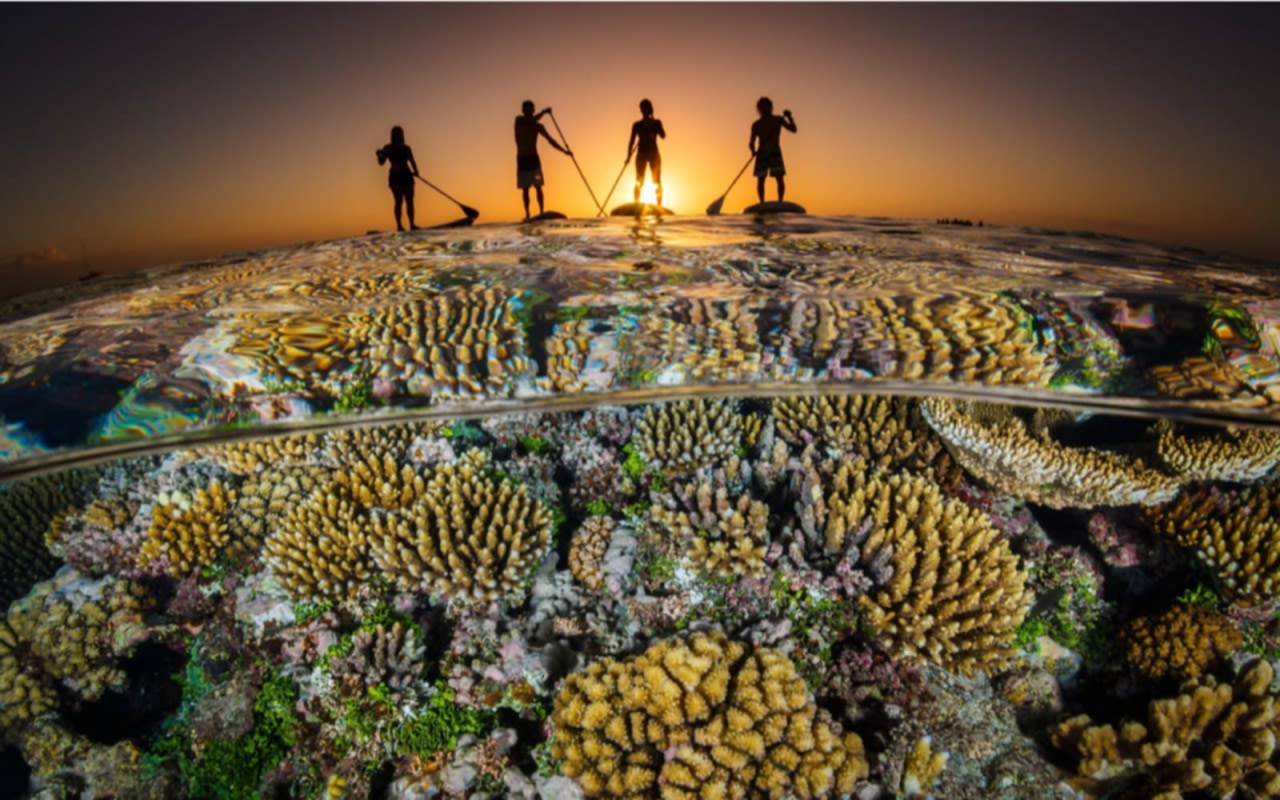 Survivors battered by waves and winds clung to trees and crammed together in attics and on rooftops, pleading for help as their homes were destroyed beneath them. Some could only watch as loved ones were carried away by the raging torrent.

The Northern Bahamas suffered extraordinary death and damage from Dorian. In truth, we were hit by three natural disasters: a Category 5 hurricane with winds topping 220mph, tornadoes that broke off the storm bands, and that monstrous tsunami-like surge.

Four months later, in Grand Bahama and the Abacos, rescue and recovery transitioned into relief and rebuilding. It will be a long road back to normalcy for these islands. Bahamians are determined to rebuild – and they need our assistance. Whether by donating building materials, injecting cash through holidays to these islands’ pristine beaches and crystalline turquoise waters, financing climate-smart reconstruction that future storm-hit areas can benefit from across the globe, or even planting corals, you can help people restore their home.

You can also help by voting, innovating, and investing. Dorian’s strength – alongside global reef degradation, ceaseless droughts, and cataclysmic wildfires – are stark examples of the crisis everyone on this planet now faces. We’re experiencing a climate emergency, one that will persist in the absence of meaningful leadership, and it will only worsen until select political, industry and media leaders grow a spine and stop shirking duty for the sake of greed and ignorance.

Global ecosystems are dying at our own hands and the costs for maintaining the status quo are catastrophic. The best solution is to stop killing them. We must eliminate pollution, cease habitat and wildlife destruction, and rapidly implement meaningful climate change mitigation measures.

As these steps to defend our environment and humanity are taken (or often not) entrepreneurs, investors, innovators, and scientists, in partnership with local communities, must join together to jumpstart a restoration economy. Urgent action can both conserve and revitalise the ecosystems that shelter our communities from disasters and as our climate becomes fiercer and more volatile, nature’s health must become a priority for each one of us.

It’s only after the climate stabilised following the end of the last Ice Age that humankind made the monumental leap forward to modern civilisation. If these environmental conditions collapse, our ability to survive and thrive is severely threatened. We’re all in this together. Coral Vita came to Grand Bahama to rebuild reefs here and beyond. Bahamians are rallying around each other to rebuild their communities. What will you do to protect and rebuild this one planet – our home?