John Armstrong
by Clare Kelly
Sheryl Sandberg, Paul Polman and more than 40 preeminent business figures have declared their opposition to capital punishment and joined the Business Leaders Against the Death Penalty campaign.

The list of global executives who have declared their support has been steadily growing since the declaration was launched by Virgin founder Richard Branson at South by Southwest Festival in March.

Each signatory is united in their belief that the death penalty is cruel, wasteful, ineffective, discriminatory, and unacceptably error prone.

Sheryl Sandberg, COO of Facebook and the Founder of Leanin.org, emphasised capital punishment being racist in practice. “I oppose the death penalty because it is cruel and disproportionately impacts people and communities of colour,” she said. “We can build a more just future by ending the death penalty and reforming our broken criminal justice system.” 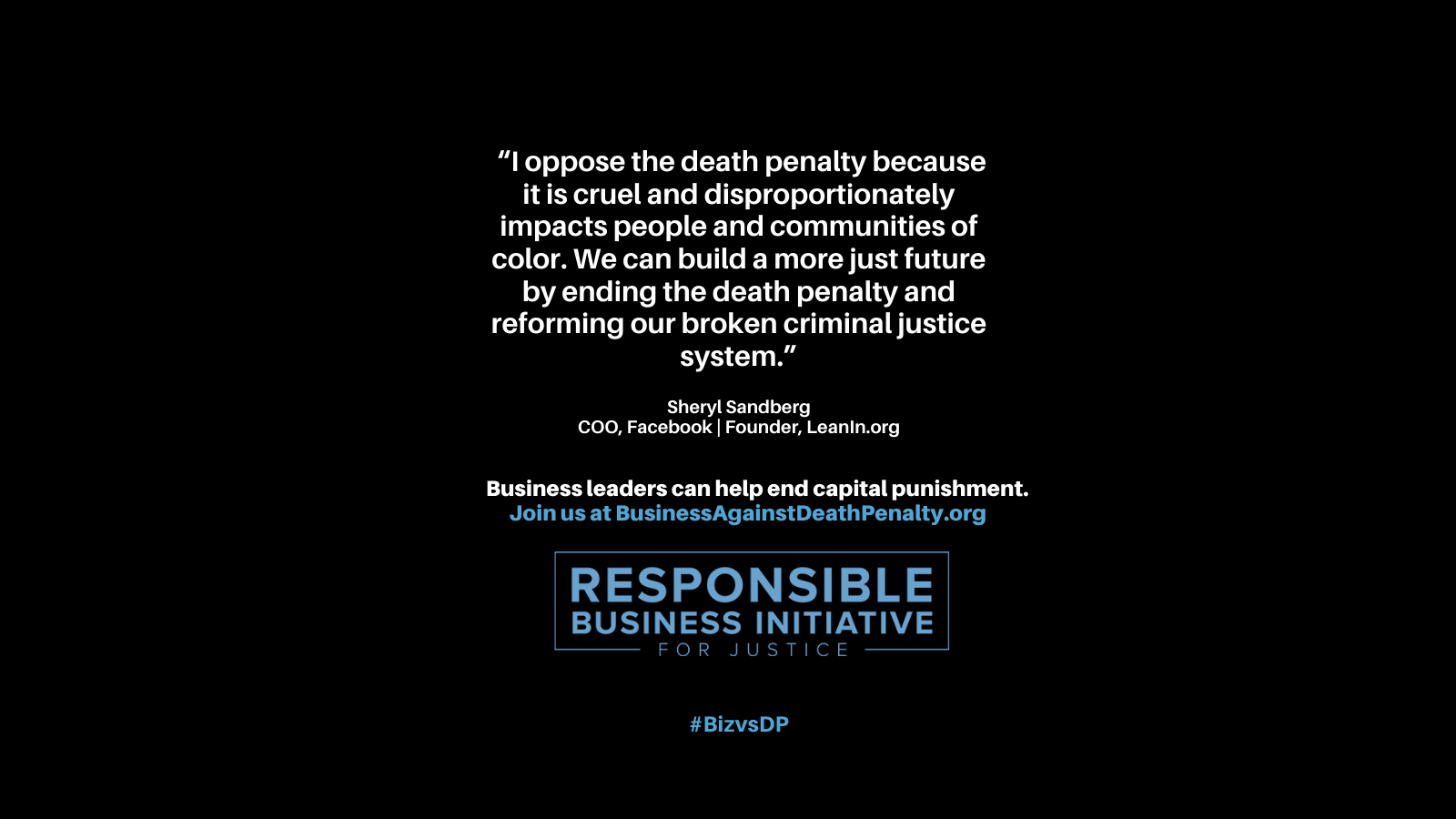 IMAGINE chair and former Unilever CEO Paul Polman urged businesses to step up and embrace their responsibilities when it comes to social justice, saying: "As we emerge from the pandemic, it’s more critical than ever that business leaders demonstrate a strong moral compass and show courage in the fight against racism, cruelty and oppression. By speaking out against the death penalty, we wholeheartedly embrace that responsibility.”

Support for the death penalty has been declining the world over, with over 170 UN member states having abolished it in law or practice. The campaign is being coordinated by the Responsible Business Initiative for Justice (RBIJ) and has rapidly gathered momentum in the weeks since its launch.

Richard Branson stressed the increasing engagement of the corporate community, as well as how crucial their involvement is: “Business has a critical role to play in this debate. When entrepreneurs and investors speak up, policy makers will listen. We have massive platforms, and we should use them to protect human rights and protect social justice. Consumers, employees, and investors demand companies take stands on causes they believe in, if they want to earn or keep their trust.”

To become a signatory and join the movement to end the death penalty visit RBIJ’s website and sign the declaration.