Why satellite tags are crucial for the protection of endangered sharks

As the saying goes, you never forget your first time. In my case, I’m talking about the first time I swam with a whale shark.

To put into perspective how rare whale shark sightings are, I had been scuba diving for 10 years and racked up more than 3,000 dives before I saw one. As a full-time adventure travel writer, who spent most of my life in airplanes, hotels and boats, I’d explored the reefs of more than 80 countries. Life was hard.

My assignment in the summer of 1996 was to photograph schooling hammerhead sharks at Cocos Island, Costa Rica. After a mind-blowing dive surrounded by hundreds of hammers, my dive buddy and I hung on the decompression line 15 feet below the surface. For some reason I looked down. There she was – a whale shark – just 20 feet below us, lumbering along with no apparent agenda. 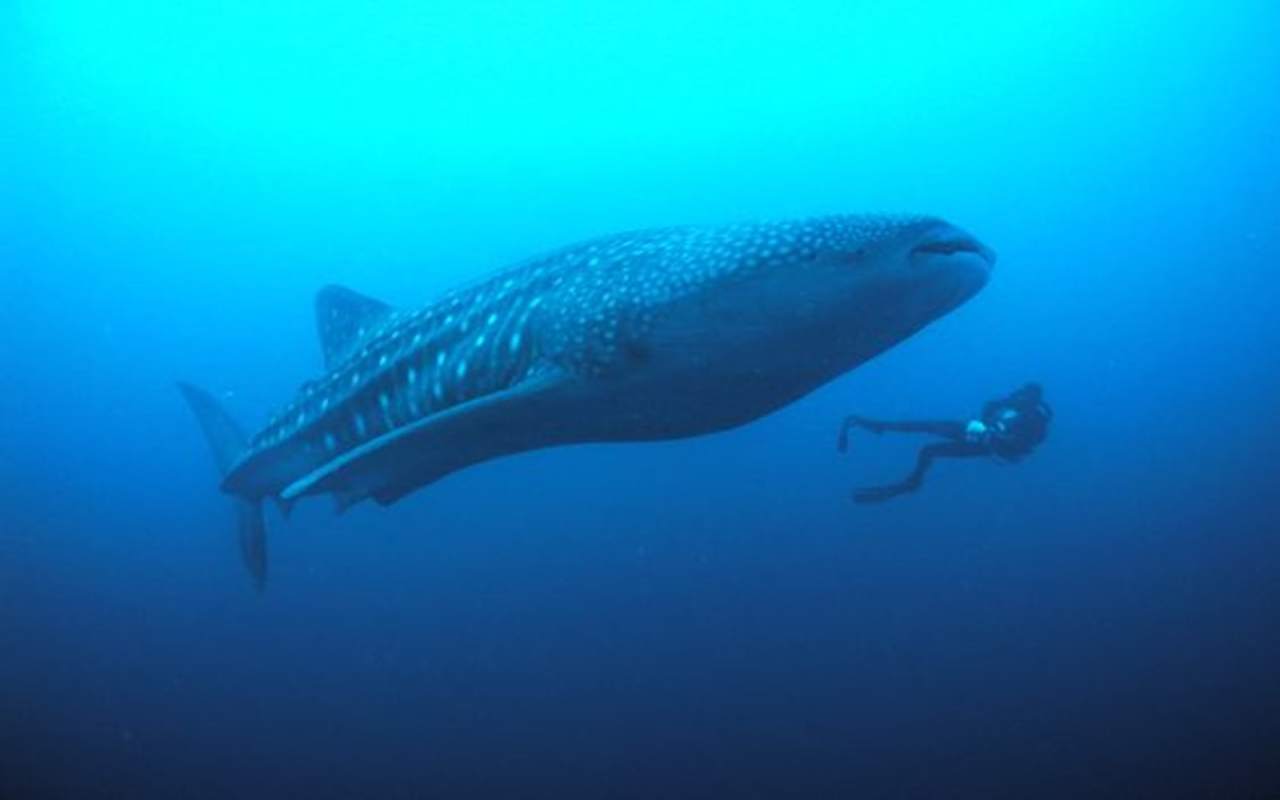 I punched my buddy and pointed down. We released the line and sprinted toward the 40-foot-long spotted giant. For the next 20 minutes, we bonded with one of the most majestic creatures on Earth, the largest fish in the ocean. The experience was nothing short of magical. Our other dive buds, who were waiting anxiously on the boat and wondering where we’d disappeared to, were green with envy and a touch of seasickness.

These days, some 25 years after my Costa Rican encounter, getting up close and personal with whale sharks is a lot more predictable. Scientists and explorers have discovered about a dozen places on the planet where the friendly sharks gather in large numbers during feeding seasons.

These massive puppy dogs of the sea somehow tolerate throngs of tourists thrashing around in their domain. An upside is that local fishermen have converted to eco-tour guides and can now make 10 times the money running snorkelling trips as they had catching fish for the seafood market.

What is extremely troublesome, however, is that the massive fins of whale sharks are highly prized as an Asian delicacy – shark fin soup. Even if you’re only mildly socially conscious, you’re aware of the horrors of global shark finning. It is the cause of numerous shark species being massacred across the globe to the tune of between 73 million and 100 million sharks per year. These are staggering numbers that translate to an average of 20,000 - 25,000 sharks killed every day just to fulfill an insatiable desire for a bowl of soup.

This genocide is exacerbated by the fact that sharks reach pup-bearing maturity slowly (in their teenage years) and only have offspring every one to two years. Therefore, the ability of sharks to rebound from this bloody slaughter is close to impossible. Many species are facing extinction having been depleted down to just 10 per cent or less of their population. 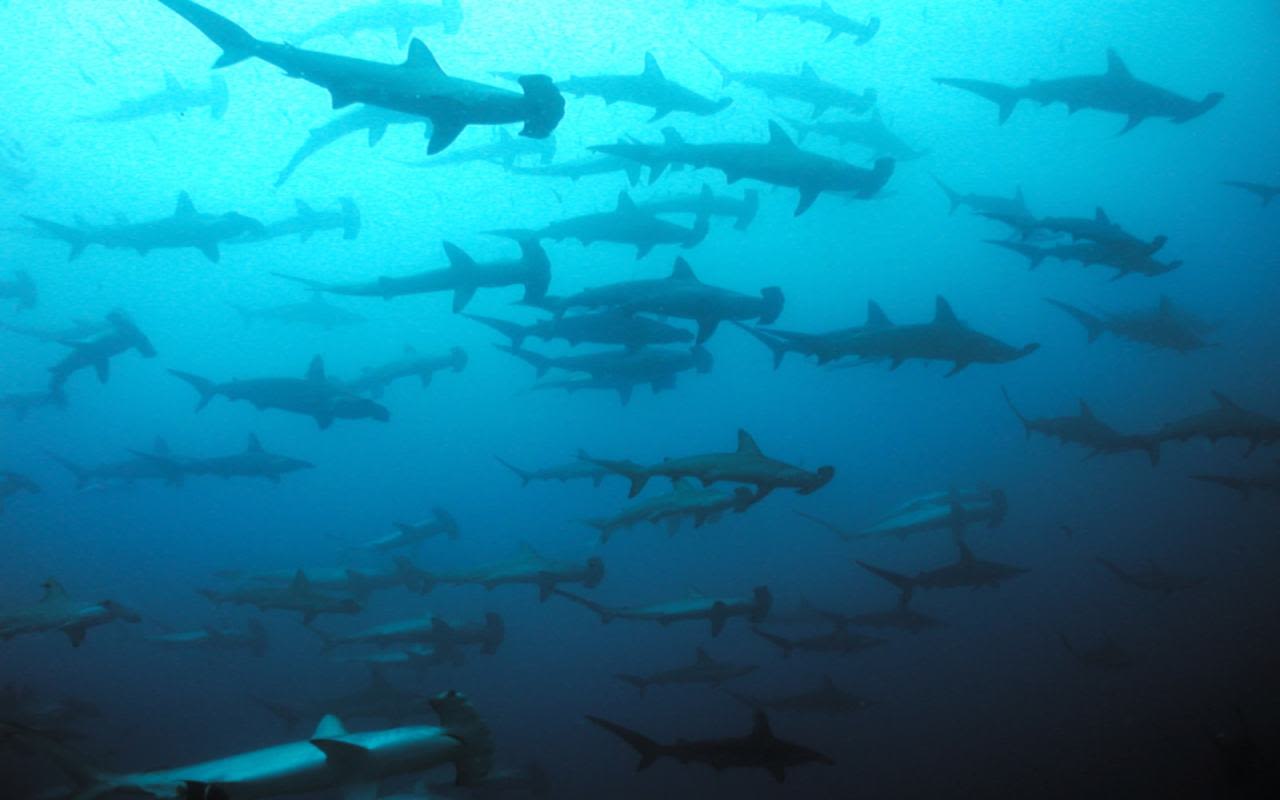 To change course, we face two common challenges: money and politics. Shark fins support their own economy comprised of hundreds of fishing boats and thousands of workers around the world making their living killing sharks, not to mention the seafood markets and restaurants that profit off the backs of sharks – literally.

From a political point of view, shark fishing is regulated by both domestic and international agencies. So, in order for politicians to write meaningful regulations and achieve sustainability, they need accurate scientific data. That’s where groups like the Guy Harvey Ocean Foundation (GHOF) come in.

For the past several decades, the GHOF has been tagging a variety of threatened shark species such as tiger sharks, oceanic white tips, short finned makos, and our beloved whale sharks. These tags track the movements of the sharks for long periods of time – as much as a year or longer – so we know where they travel and when. This helps to identify the regions that need to be protected and the nations that need to join the cause.

In the summer of 2018, GHOF funded biologist Rafael de la Parra tagged Milo and Lucho, two male whale sharks in Isla Mujeres, Mexico. For reasons not yet understood, Milo traveled more than 7,000 miles to the east, far out into the Atlantic Ocean, yet Lucho swam less than 3,000 miles all in Caribbean waters. Both of them came back to the tagging site the following winter and it’s assumed they return to Isla Mujeres each year.

Satellite tags and tagging expeditions are expensive but absolutely crucial to the goals of sustainable shark populations.

While whale sharks in the Atlantic and Caribbean are rarely harvested for fins, their cousins in the tropical Pacific are not so lucky. Thousands of the regal fish have been murdered for their fins as well as their meat. One whale shark can bring as much as $30,000.

Satellite tags and tagging expeditions are expensive but absolutely crucial to the goals of sustainable shark populations. This insight into migrations patterns and behaviour is critical for conservation efforts, survival and for those humans lucky enough to mingle with such gentle and majestic animals. Ultimately, until consumers stop desiring shark fin soup, the apex predators in our ocean will be endangered.

For greater insight, you can follow the tracks of sharks and billfish tagged by the GHOF. Visit the website to see the fascinating movements of some of our planet's most vulnerable creatures.

- This is a guest blog and may not represent the views of Virgin.com. Please see virgin.com/terms-and-conditions for more details.