Photo by Arnaud Mesureur on Unsplash
by Clare Kelly

As the scale of the climate crisis continues to increase The B Team have brought together America's most influential CEOs to jointly call on the US to stay in the Paris Agreement.

For our planet, our communities, our workers and our economy to thrive, we need ambitious climate action – we need the Paris Agreement.

A group of CEOs, who employ more than two million people in the United States, and union leaders who represent 12.5 million workers, have joined together to take a stand for the country’s workers and its economy – urging the US to stay in the Paris Agreement. Richard Branson has signed the statement along with Tim Cook, Elon Musk, Alan Jope, Marc Benioff, and many more.

Last month, the US began formally withdrawing from the Agreement after stating its intention to do so in 2017. Since then, thousands of US companies, cities, investors and more have stepped up to fill this leadership void and we’re standing with them. 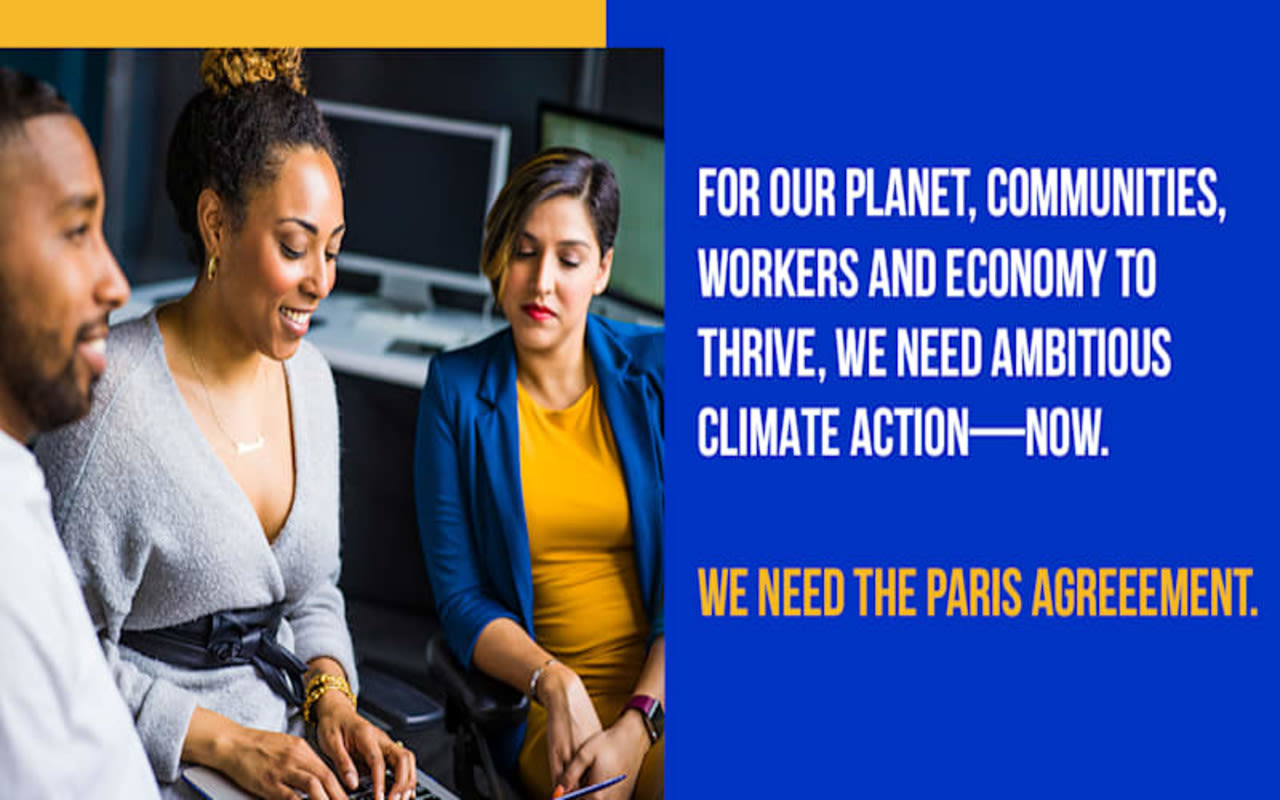 The statement, entitled ‘United For The Paris Agreement’, coincides with COP25 and highlights that driving progress on addressing climate change is what’s best for the economic health, jobs, and competitiveness of American companies and the country. The statement reads, “Staying in the Paris Agreement will strengthen our competitiveness in global markets, positioning the United States to lead the deployment of new technologies that support the transition, provide for our workers and communities, and create jobs and companies built to last."

This moment in time marks an opportunity for labour and business to come together to secure a thriving future and economy.

As global policymakers gather in Madrid for the UN’s annual climate summit (COP25) they must work to facilitate a just transition through holding dialogue with workers, unions, employers and governments, ensuring millions of new jobs are decent, family-supporting jobs. Policy framework outcomes must support long-term investment and planning.

Join the call for the US to stay in the Paris Agreement.